The wealthy brother of Boris Johnson’s Etonian friend Zac Goldsmith has been slammed by neighbours over his plans to introduce wildcats to his Somerset farm.

Tory donor Ben Goldsmith, who owns the 300-acre Canwood Farm near Bruton, hopes to transform his plot into a wild habitat so animals can roam free.

The 39-year-old financier, a brother of environment minister Zac Goldsmith, wants to introduce beavers, wildcats, pigs and native cattle to his Somerset farm.

However, local farmers have objected to the proposal, claiming that animals could break through what was called an ‘inadequately fenced woodland enclosure’.

The Mail revealed that Mr Goldsmith, who also holds a non-executive director role with Defra, broke his own department’s rules over the release of deer from his land.

The deer damaged neighbours’ land and Mr Goldsmith admitted falsely claiming to nearby farmers that he was having the creatures rounded up. 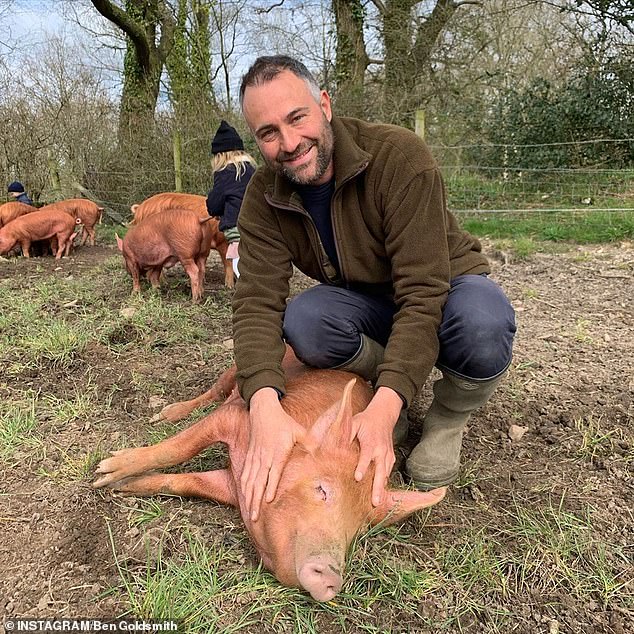 Tory donor Ben Goldsmith, who owns the 300-acre Canwood Farm near Bruton, hopes to transform his plot into a wild habitat so animals can roam free 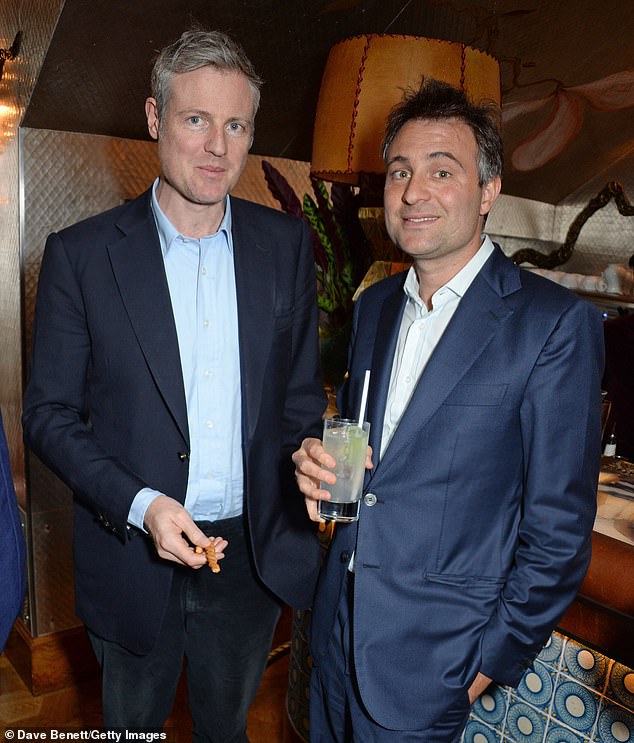 The 39-year-old financier, a brother of environment minister Zac Goldsmith, wants to introduce beavers, wildcats, pigs and native cattle to his Somerset farm

However, Environment Secretary George Eustice refused to sack the ‘rewilding toff’ after admitting he had made an ‘error’ in breaching guidelines on wild animals.

The decision meant that Mr Goldsmith will face no consequences for behaviour that has enraged many in the farming community.

Mr Goldsmith said: ‘We want to achieve the kind of species-rich, shape-shifting scrubby wood pasture environment that once blanketed much of western Britain.’

Wilding is returning an environment back to its natural state and is something Mr Goldsmith said he wanted to achieve in the next four years.

In July, Zac Goldsmith’s brother bought 32 red deer as part of an ecology experiment but they escaped from an ‘inadequately fenced woodland enclosure’.

‘I think neighbours were well-justified to be unhappy with this and I have apologised to those neighbours,’ Mr Goldsmith added.

But one of those neighbours, dairy farmer, Nick Hutton, said: ‘He has always been apologetic but he hasn’t taken any measures in order to curtail the releases he made.

‘He claims they are wild and running free and hopes they disperse into the environment. The roe and fallow happily homed on our land have now been displaced and horse riders have been concerned about massive red deer.

‘When you get animals not used to giant red deer, it spooks them a bit.’

Deer droppings had also ruined grass he was growing as winter feed for his cattle, Mr Hutton said, adding that he and other local landowners and farmers wanted be consulted before Mr Goldsmith began his projects.

‘It shows a total disregard for his neighbours,’ Mr Hutton complained.

Despite these difficulties, Mr Goldsmith said he had worked with neighbours to create a wetland habitat along part of the River Frome.

‘What we’ve done is filled in the artificially straightened culvert that ran along the bottom of the valley and have re-meandered the stream as it once was. 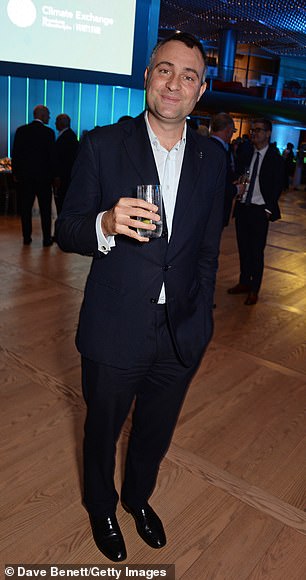 ‘We’re recreating this ribbon wetland through about half a mile of valley bottom along our farms.’

Greater Tussock-sedge will also be planted to build up vegetation. Next year, depending on the suitability of the boggy areas, water voles will be released.

This is being done by wildlife ecologist Derek Gow, who has also been breeding glow-worms, hoping to build up a colony big enough to release them by 2024.

‘These tiny little flickering insects used to be a real feature of long summer nights,’ Mr Gow said. ‘They are now incredibly rare and incredibly fragmented simply because we tidied the habitat up to the point where they can’t exist anymore.’

Mr Goldsmith said he had been inspired by work done at Knepp Castle in Sussex and wanted to recreate it in Somerset by re-introducing longhorn cattle, sheep, pigs and ponies – and possibly storks and wildcats from Scotland.

‘Wild cats will hunt voles and mice through the forest, so they are not a terrifying predator,’ Mr Gow said. ‘The wildcats will not be released next year because we simply won’t have enough for a year or two to make release of this species possible in England, but we’re starting to work towards that now.’

The wilding movement has its critics, with some people concerned about the effect it had on the countryside.

A National Farmers’ Union spokesperson said: ‘Any species introduction, particularly if it has not been in this country for hundreds of years, can have a massive impact on the many benefits that the countryside and farming delivers.

‘This potential impact needs to be fully understood before any reintroduction can be considered.’

‘They’ve had enough of talk and what they want to see now is action.’

The Environment Secretary came under pressure to sack Mr Goldsmith after the Mail revealed deer had escaped from his farm because of inadequate fencing.

Mr Goldsmith, an evangelist for the rewilding of the countryside, also admitted feeding wild boar. At one point he appeared to admit releasing the wild boar – a criminal offence – after telling a local farmer: ‘Some of my wild boar got loose and try as I might I was unable to retrieve them.’

But he later denied it, telling the Mail he had typed the words ‘wild boar’ in error when he had really meant to type ‘pigs’.

Avon and Somerset Police investigated the issue of the wild boar, though they chose not to take the matter any further, Mr Eustice told the Mail. Netflix vs. Hallmark vs. Lifetime’s Christmas romance movies: who does it best?
We and our partners use cookies on this site to improve our service, perform analytics, personalize advertising, measure advertising performance, and remember website preferences.Ok