Florida woman, 62, is banned from feeding alligators and vultures from her $1.2M golf-community home after neighbors said the animals forced them to stay indoors and covered their properties in feces and blood

A Florida woman who fed vultures, alligators and other wildlife behind her luxury gated-community home has agreed to pay $53,000 to settle a lawsuit brought by homeowners association.

Palm Beach County Judge Scott Kerner on Wednesday permanently barred Irma Acosta Arya, 62, from putting out food for animals near her $1.2million home and ordered her to pay up by February 14, the Palm Beach Post reported. 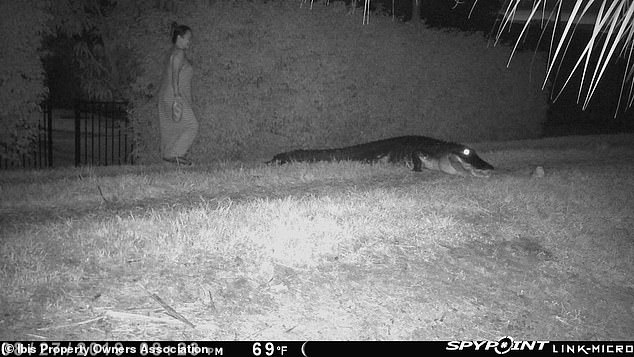 This screenshot from a surveillance camera purports to show Irma Acosta Arya, 62, standing next to a massive alligator she was feeding in August 2019 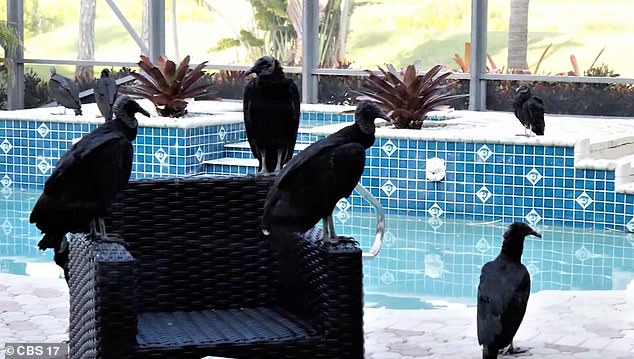 Vultures are seen hanging around a pool at the high-end Ibis Golf and Country Club in West Palm Beach, Florida, allegedly drawn there by Acosta Arya’s food offerings

‘If that was the end of it and you could guarantee that, I’d be very happy,’ association president Gordon Holness said after the brief hearing. ‘This is a lady with a compulsion. Hopefully, she understands the extreme penalty she’d be under if this does reoccur. You get cynical after a while.’ 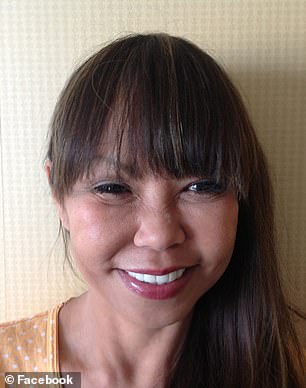 Acosta Arya has agreed to pay $53,000 to settle a lawsuit stemming from her habit of feeding vultures, alligators and bobcats behind her Florida home

Acosta Arya didn’t attend the hearing, but her husband and son were in court. Her attorney, James Potts Sr, promised the judge she will never feed the wildlife near her home again. He also told the judge she had not done the feedings ‘for many months.’

The complaints from neighbors started coming in 2016 and ramped up last spring, said Holness. Neighbors reported seeing her laying out trays of finger sandwiches, and raw and roasted chicken for the wildlife.

They reported seeing many empty 20-pound bags of dog food in a recycling bin near her house, though she doesn’t have a dog. She said the food was for a relative’s dog.

The flocks of vultures that came in for the feasts lingered afterward, neighbors said, adding that they smashed pool enclosures, destroyed outdoor furniture and grills, fought one another and left the area with the stench of their vomit, urine and blood.

Homeowner Siobhan Casimano described the smell as ‘like a thousand rotting corpses.’ 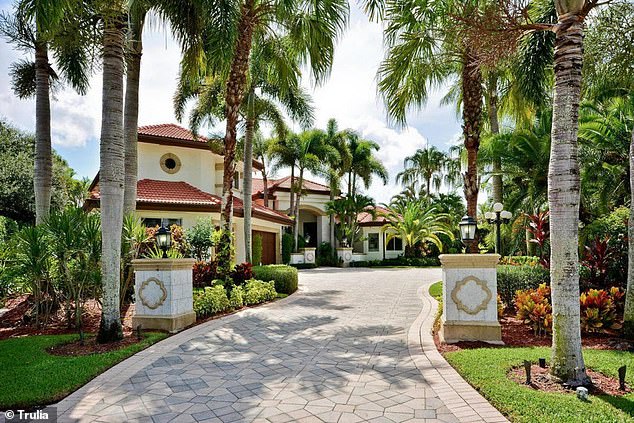 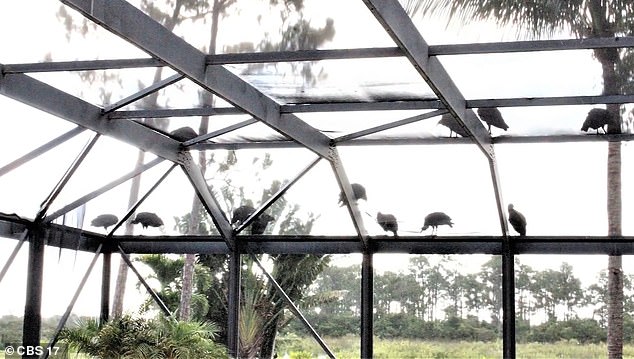 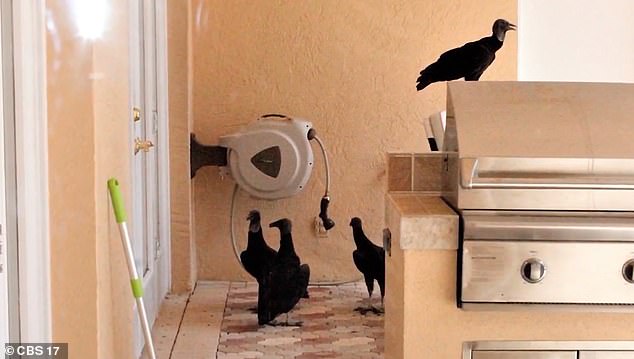 The birds of prey damaged outdoor furniture and grills, and left the area smelling of vomit and fecal matter 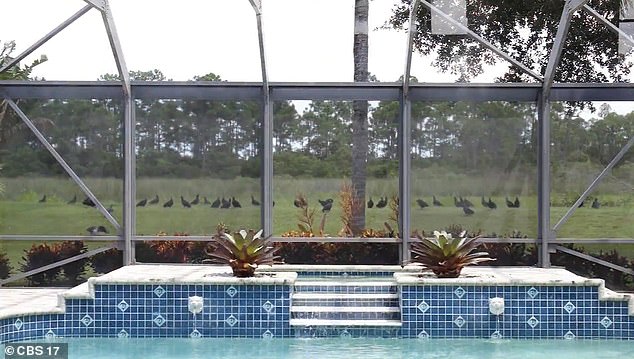 Like a scene from Alfred Hitchcock’s Birds, a massive flock of vultures are seen lingering outside a property in the high-end gated community 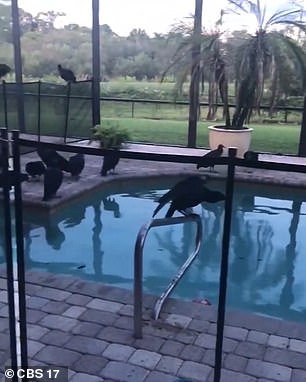 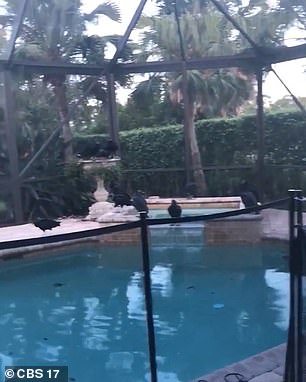 Neighbors said the birds smashed pool enclosures, and sometimes found themselves trapped inside

Casimano and her husband bought a house at the luxury Ibis Golf and Country Club in April 2019 for more than $700,000, planning to use it as a vacation home, but the mom-of-one said the black vultures have kept their family away.

Acosta Arya’s next-door neighbor Cheryl Katz said she has been forced to stay indoors for fear of catching an infection from the birds’ waste, which could be dangerous because she suffers from blood cancer.

Katz described a disturbing incident from May 2019, when she said about 20 vultures breached her pool enclosure, found themselves trapped and attacked each other with their razor-sharp beaks.

‘They would bang against my windows running away from a bird that was attacking them. Blood was everywhere. It was a vile, vicious, traumatic event,’ she said.

Acosta Arya’s attorney said she cares about human beings and animals. He told the judge she moved to the area next to the preserve because she loves nature and wildlife.