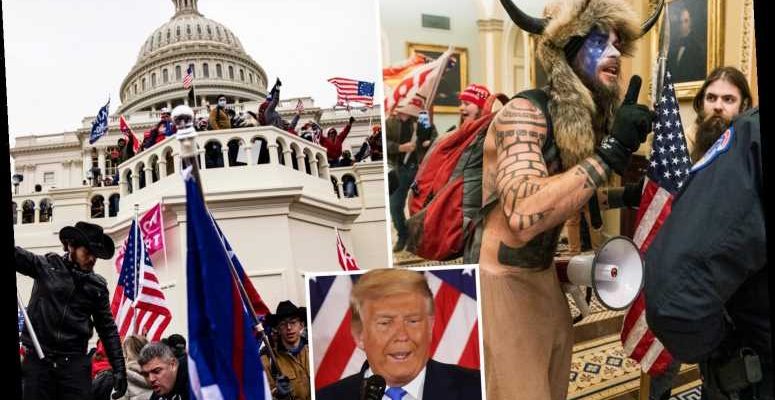 IT had been suggested that President Donald Trump could declare martial law in an attempt to overturn his valid election loss.

Trump's raging about the election culminated with the storming of the Capitol by his supporters on January 6, leaving five people dead and many others injured.

What is martial law?

Martial law is defined by Merriam-Webster as "the law administered by military forces that is invoked by a government in an emergency when the civilian law enforcement agencies are unable to maintain public order and safety."

It has been declared 68 times in the US, with 29 declarations coming during labor disputes, according to the Brennan Center for Justice.

"Martial law has long been mired in confusion in the United States, but that has not always stopped state and federal officials from declaring it," the Brennan Center writes.

The federal government has not declared martial law since it restored civilian rule to Hawaii in 1944.

Martial law was last declared on the state level in 1963 when Maryland Governor J. Millard Tawes imposed it on the city of Cambridge in connection with race riots.

What did Trump say about declaring martial law?

It was revealed in December that disgraced former national security advisor Michael Flynn reportedly pushed for the president to use the military to "rerun" the election.

Trump and his advisors are also believed to have discussed commandeering voting machines and appointing Sidney Powell as a special counsel to inspect them.

Powell, a lawyer for Trump's reelection campaign, has made wild conspiracy theories claiming that Venezuelans are trying to rig voting machines, The New York Times reported.

Donald Trump rejected suggestions that martial law would be implemented.

Jim Golby, a senior fellow at the Clements Center for National Security at the University of Texas-Austin, told Task & Purpose that Flynn's conspiracy theories are a "disgrace."

"The fact that Mike Flynn continues to spread conspiracy theories and misrepresent the president’s legal authorities is a disgrace to the country and to the uniform he wore," Golby told the outlet.

Is Trump facing a second impeachment?

President Donald Trump is facing an unprecedented second impeachment as House Democrats officially push forward to charge him with "inciting insurrection" in the wake of the Capitol siege.

Democrats have already drafted the single article for Trump's impeachment that will be formally introduced on Monday.

Trump could become the first president in history to be impeached twice with the single charge to be voted on as early as January 11.

To succeed two-thirds of senators would have to vote to impeach the outgoing president before the end of his term on January 20.

The document, which has over 150 sponsors, accuses Trump of violating his Constitutional duty by encouraging a crowd of his supporters to fight the vote to certify Joe Biden’s Electoral College victory and denounces him as a “threat to national security.”

“In all of this, President Trump gravely endangered the security of the United States government.

"He threatened the integrity of the democratic system, interfered with the peaceful transfer of power, and imperiled a coordinate branch of government,” the document reads.

“He thereby betrayed his trust as president, to the manifest injury of the people of the United States.

"Wherefore, President Trump, by such conduct, has demonstrated that he will remain a threat to national security, democracy, and the Constitution if allowed to remain in office, and has acted in a manner grossly incompatible with self-governance and the rule of law,” it continued.

“President Trump thus warrants impeachment and trial, removal from office, and disqualification to hold and enjoy any office of honor, trust, and profit under the United States.”