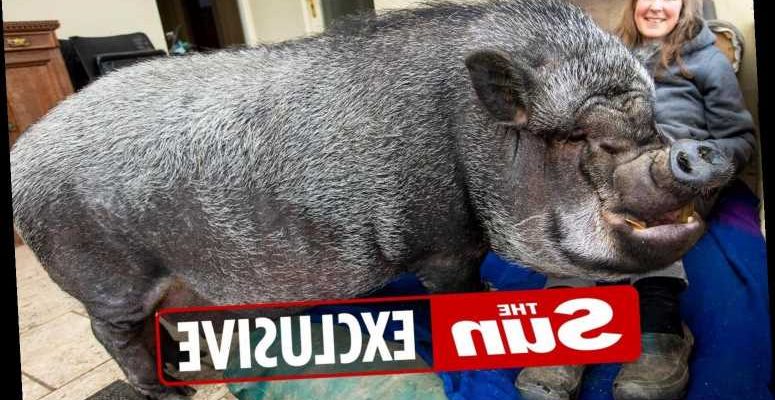 THIS whopping 20 stone pig is loving his pork life — living indoors as it’s too cold outside.

Vietnamese potbellied cross Francisco sleeps in the spare bedroom and curls up with Morag Sangster. 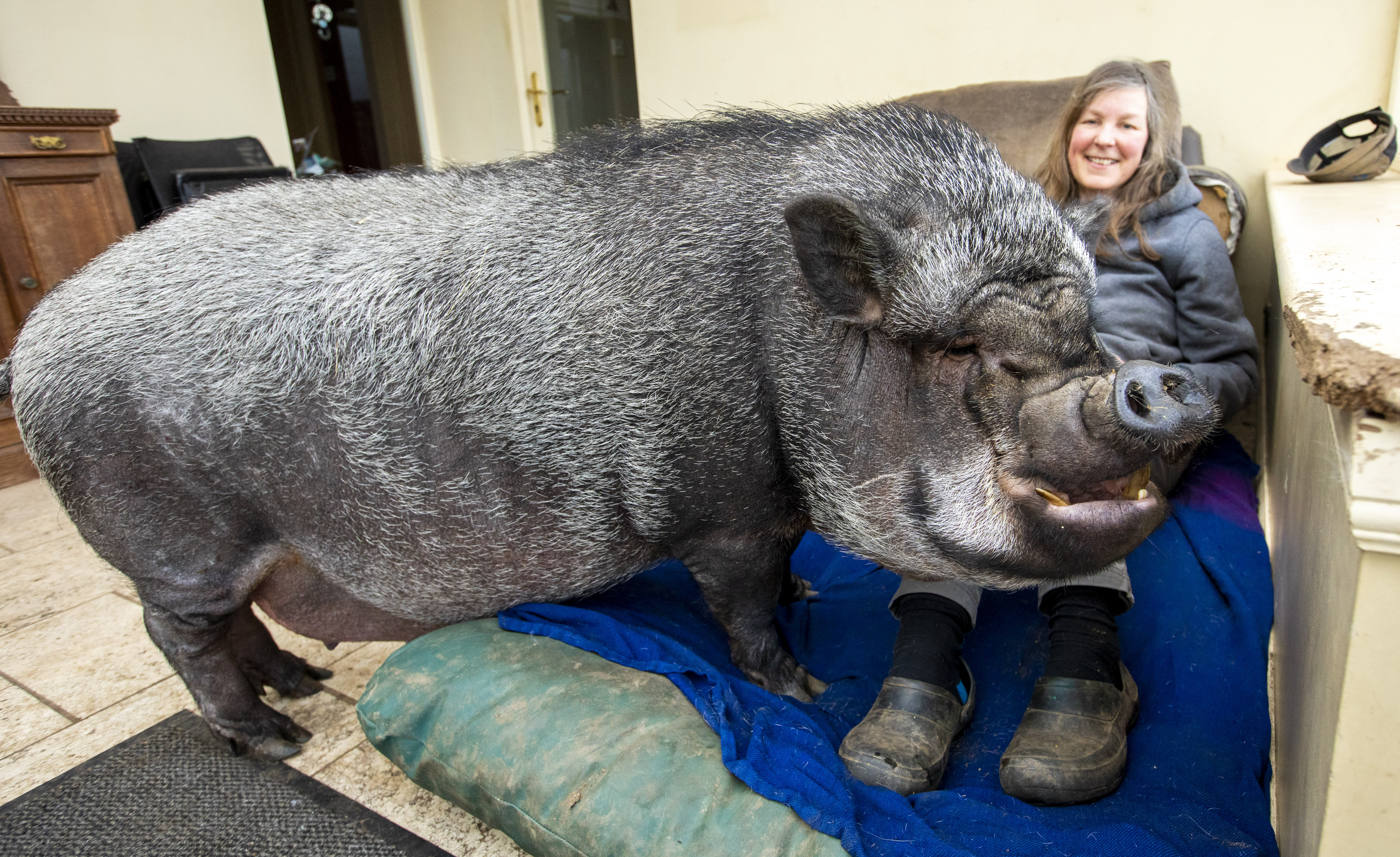 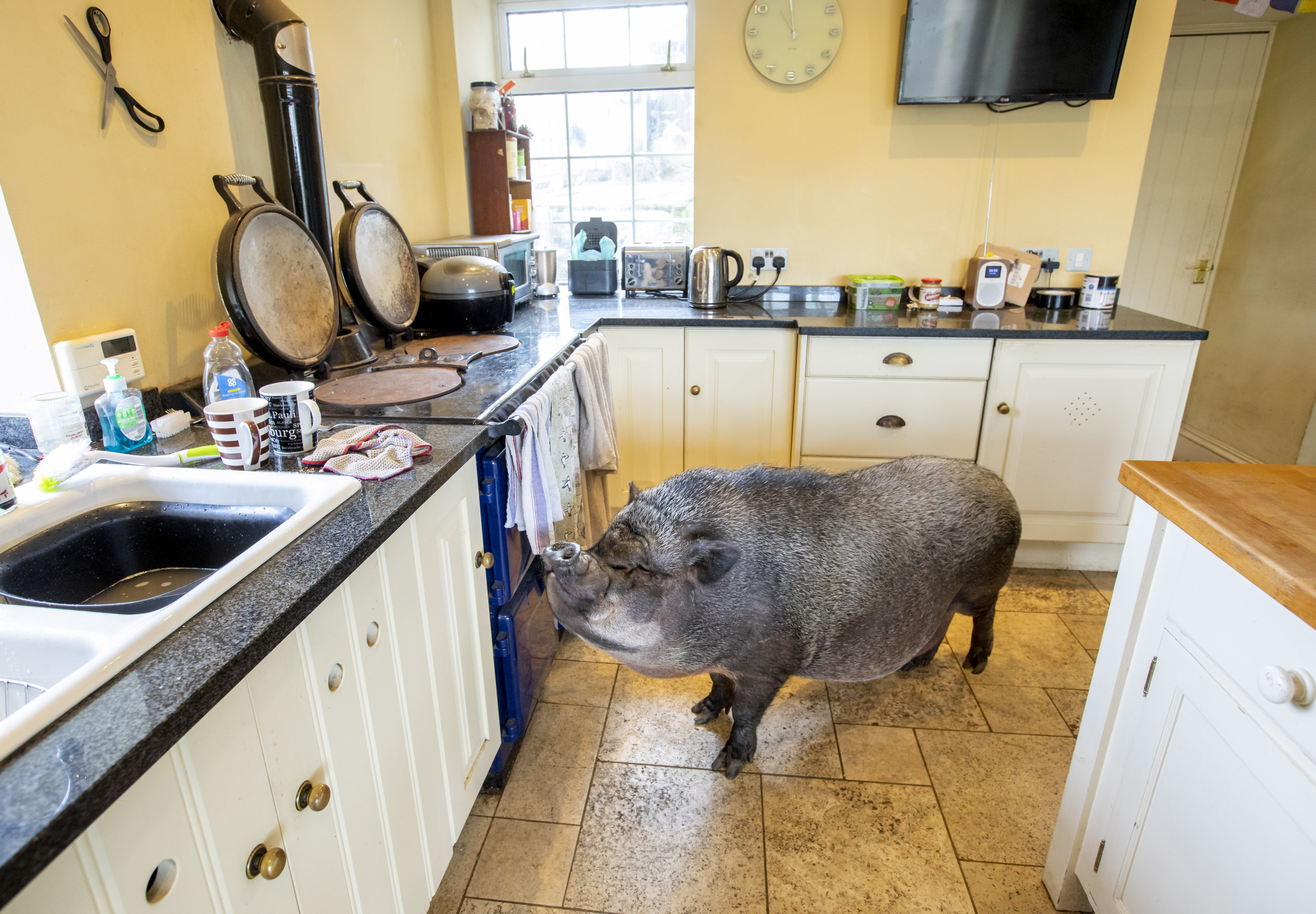 He first ran in at her sanctuary in Carluke, Scotland, when it snowed.

Morag, 54, said: “Having a pig in the house is fun, but not for people who cherish furniture.”

She added: “He has bitten a few things and he loves to scratch. Standards go out the window and he goes wherever he wants to.

”He is quite chatty – he grunts and squeaks and is as rewarding as any cat or dog.

"They are clean animals, he doesn't go to the toilet in the house."

Morag rescued the porker from a family who could no longer cope with him.

But when she put him in the garden with her other pigs he made it clear he didn’t fancy life outside. 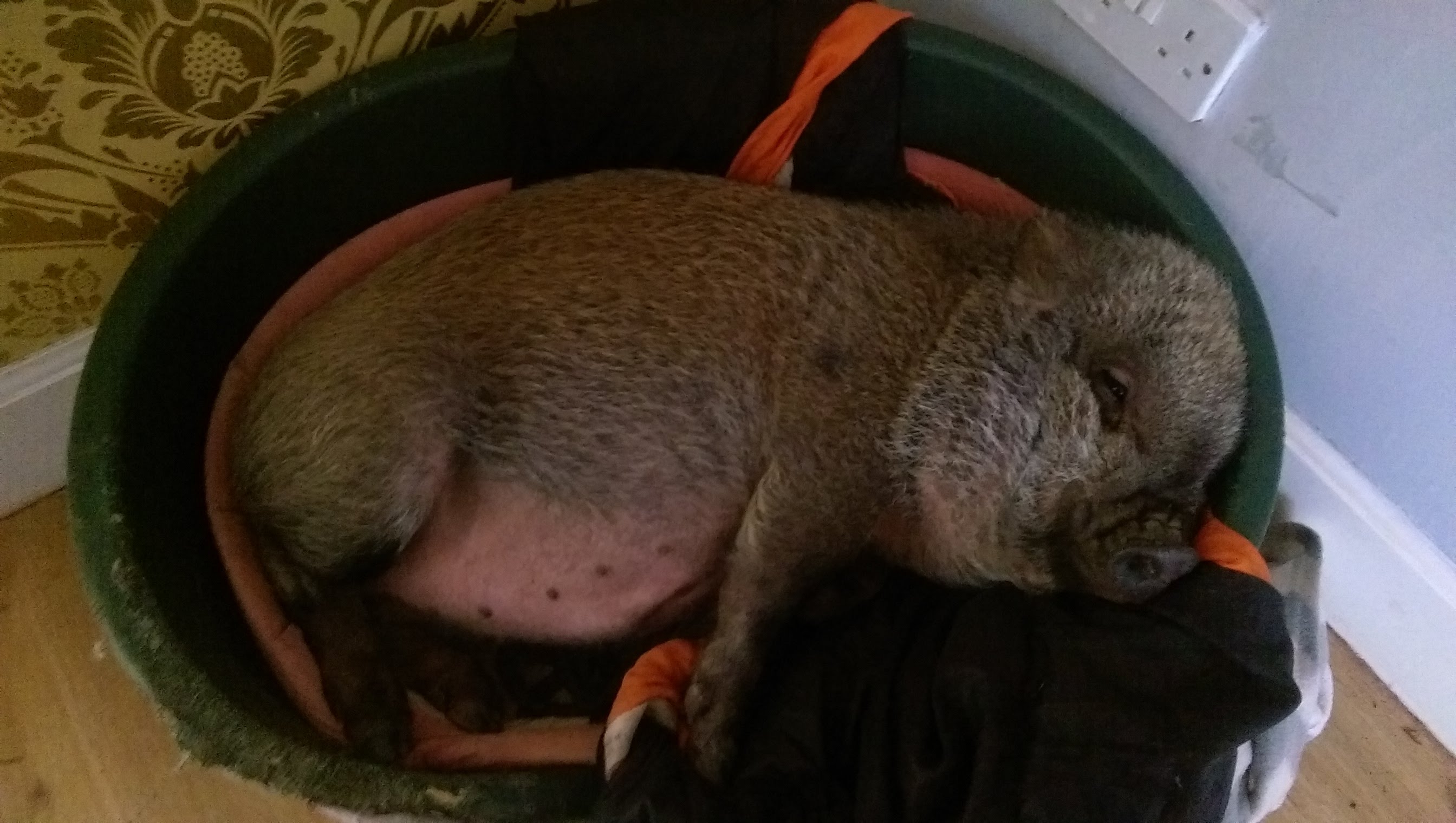 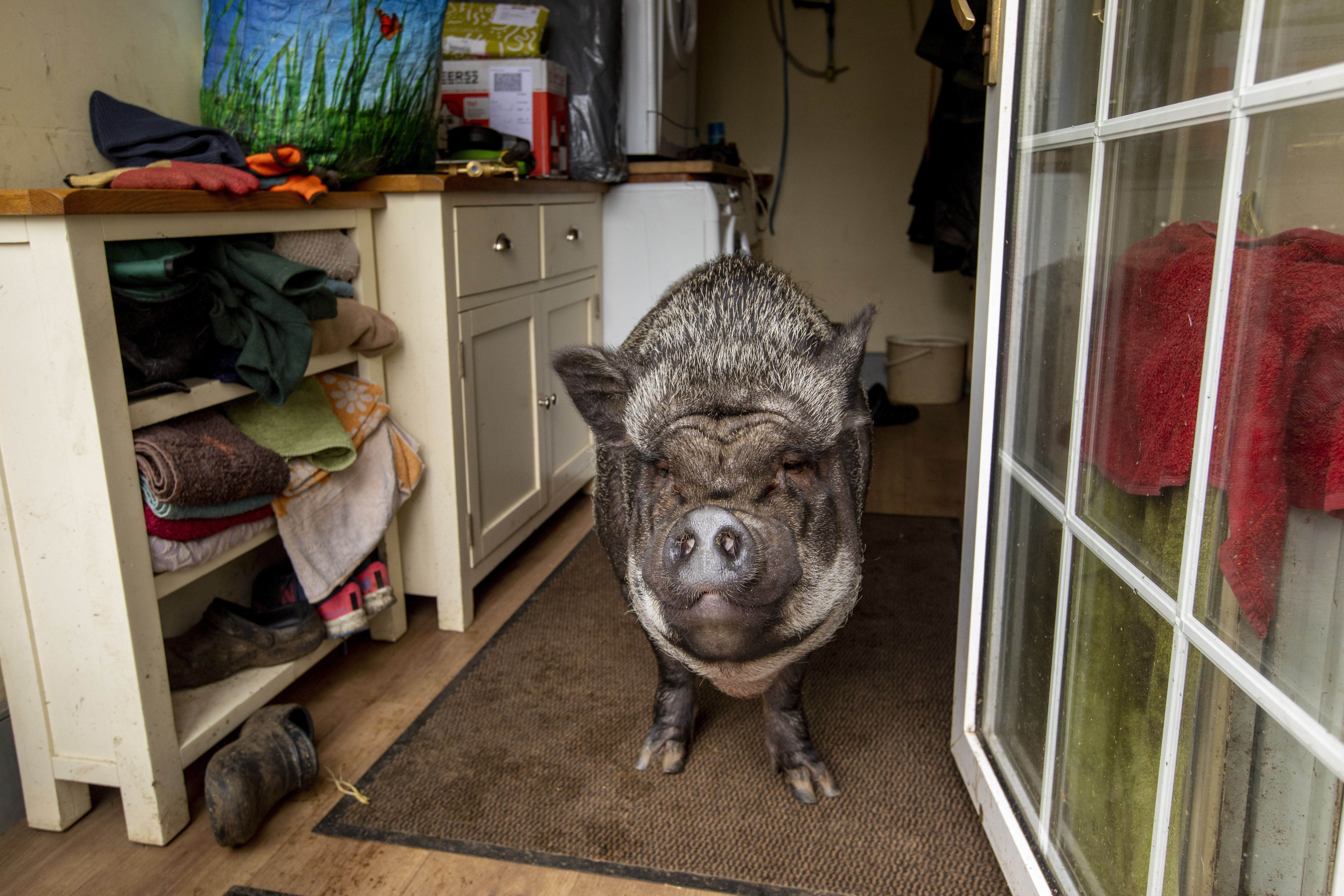 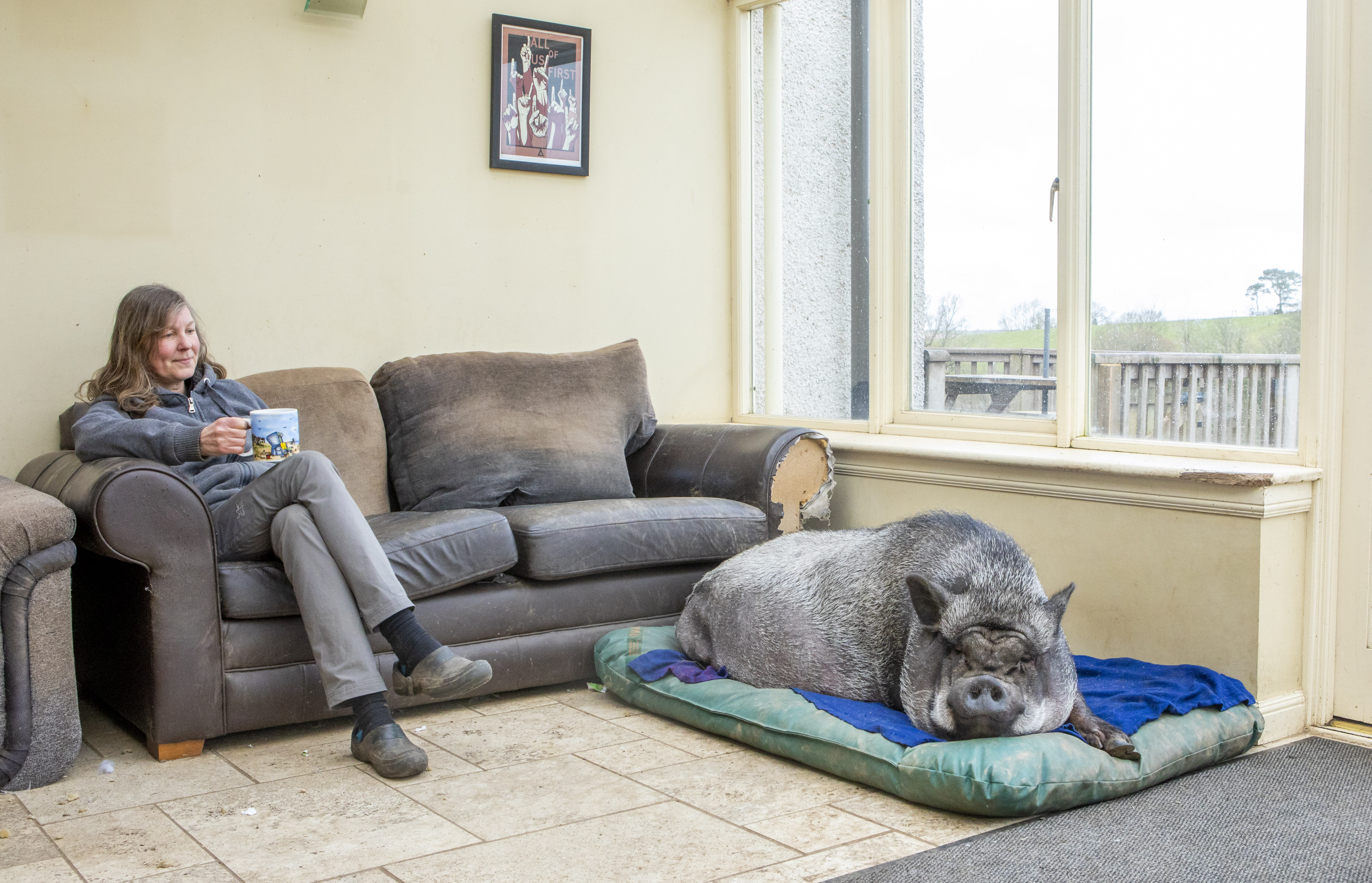 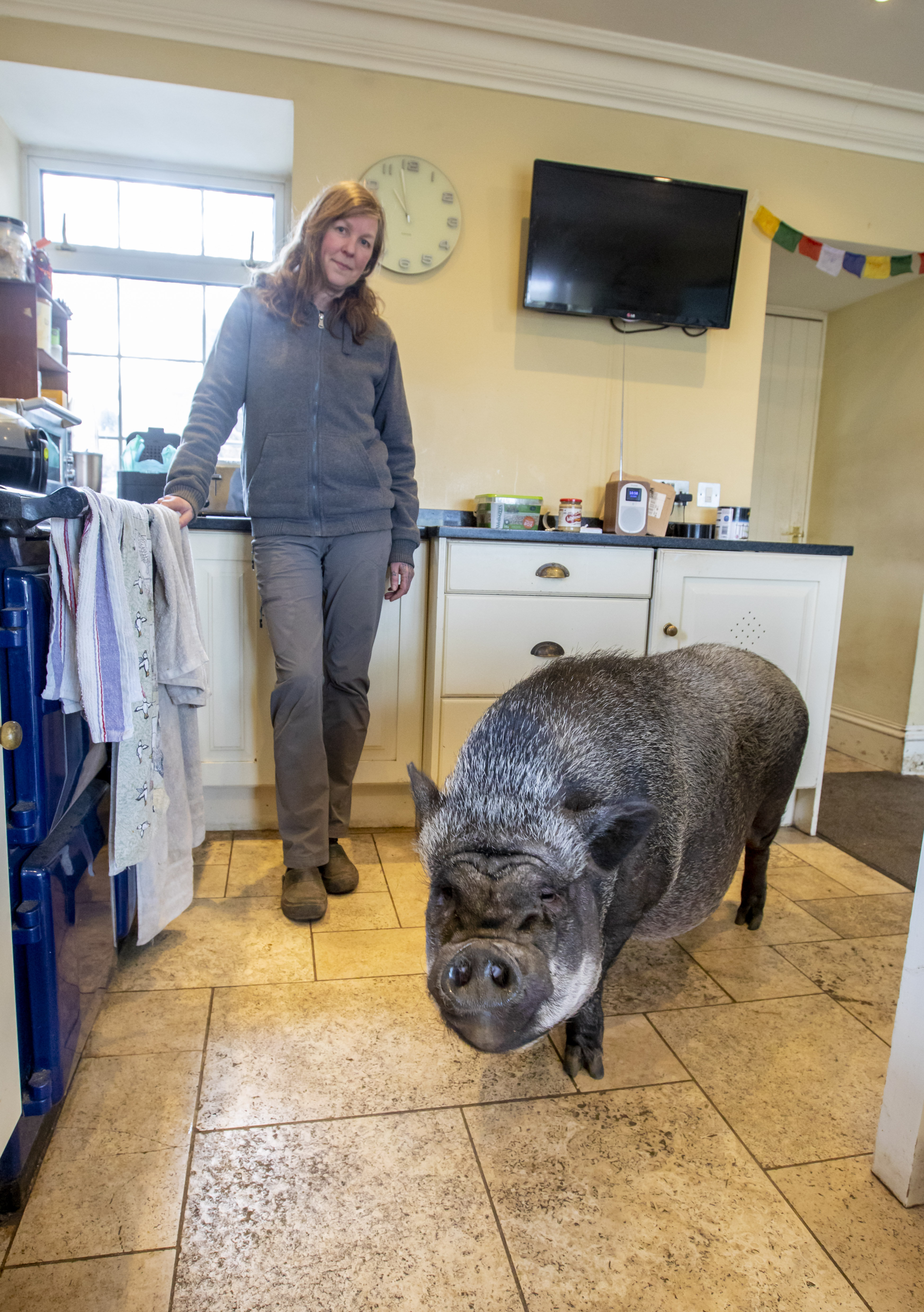 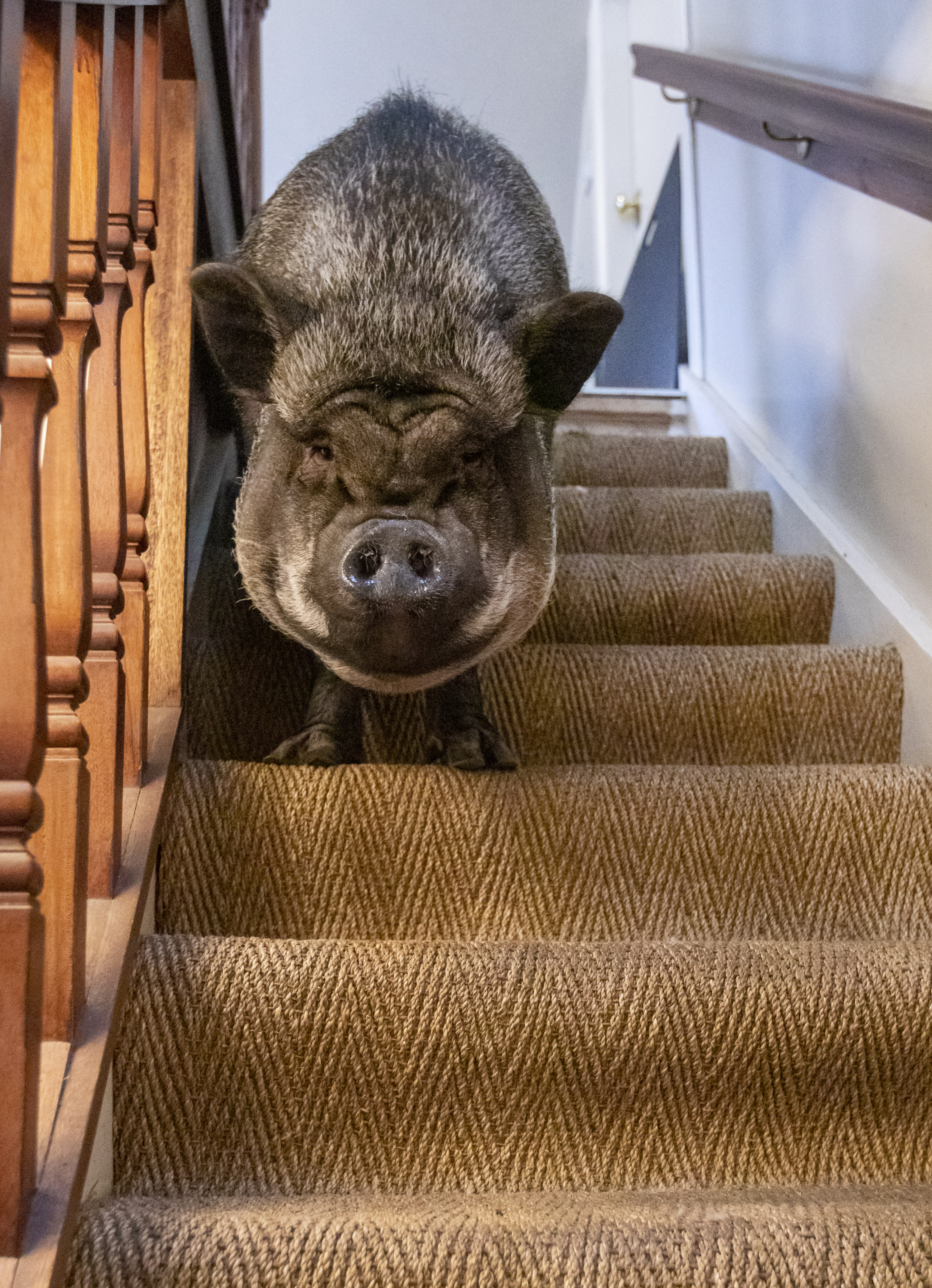 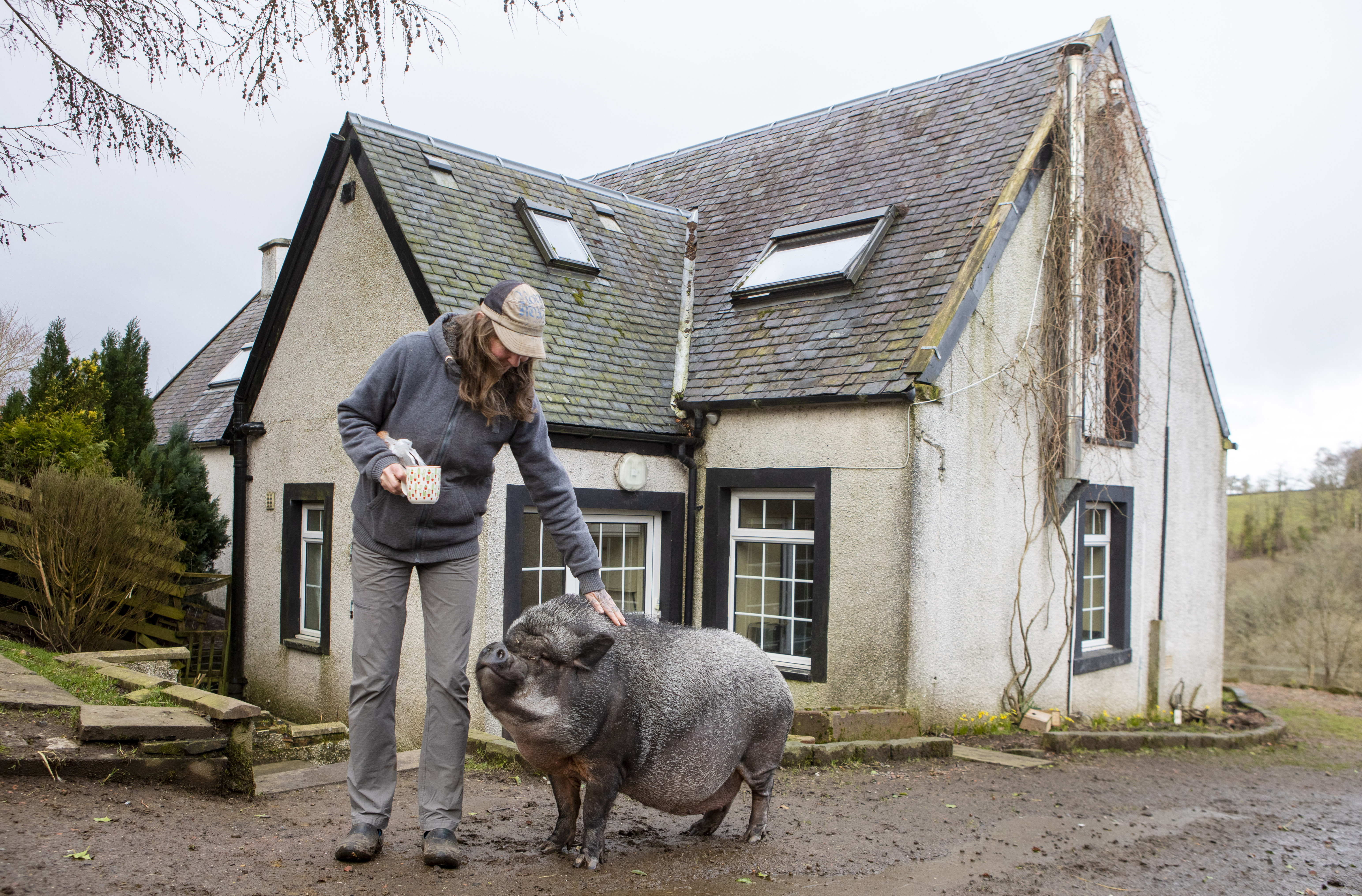 The moment it started to snow he legged inside – and has never looked back.

Morag said: “It’s not to everyone’s taste but we love having him indoors – he’s part of the family.”

Francisco had been bought by a family whose 15-year-old daughter spotted snaps of him on Instagram.