GOOGLE DOODLE today pays tribute to an animal, rather than a person in Sudan, the last male northern white rhinoceros.

The doodle shows the rhino alone in a field with the word 'Google' created by trees and bushes – but who was Sudan? 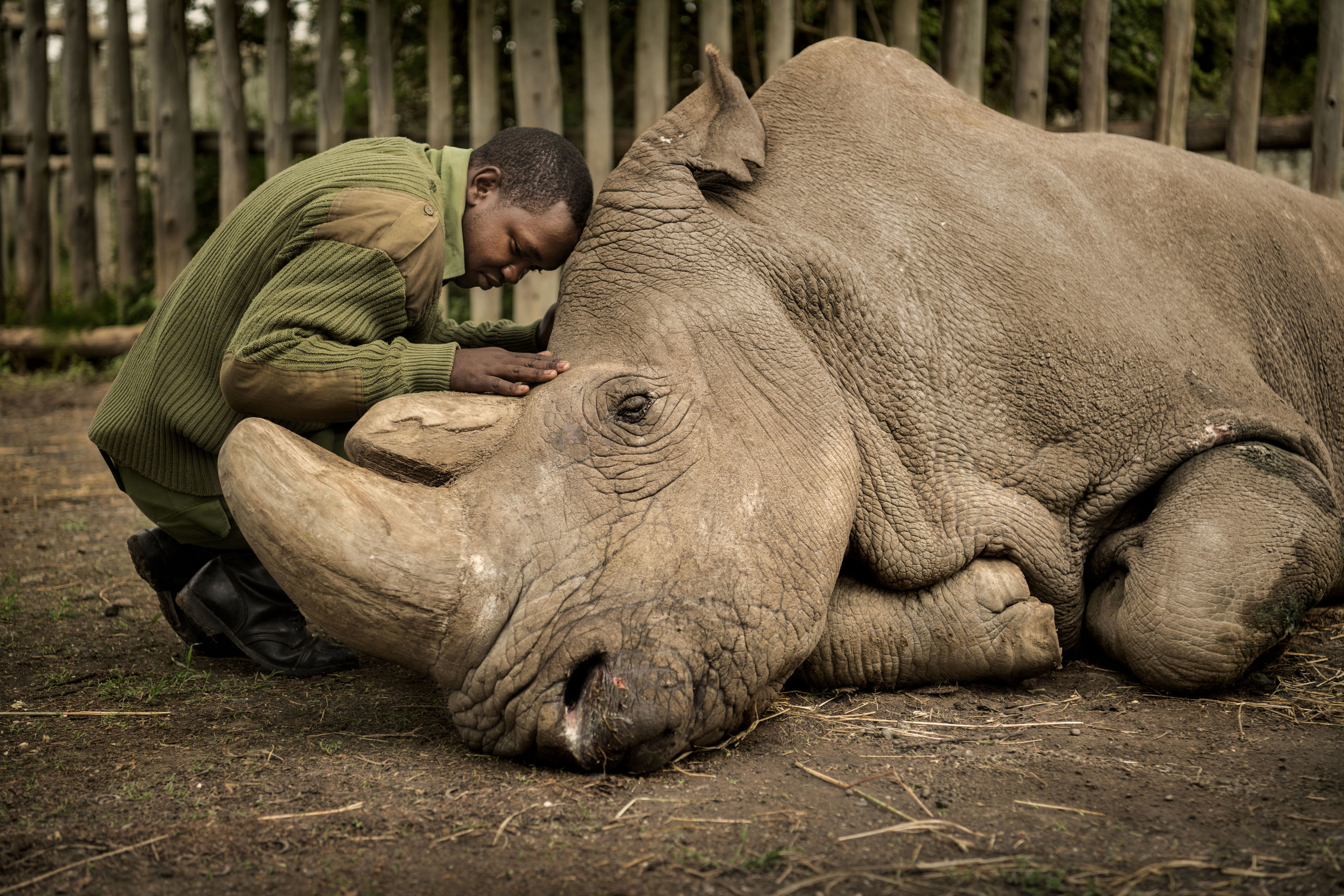 Sudan was the last of the male northern white rhinoceros species, previously native to the East and Central Africa area, just south of the Sahara desert.

He was captured as a two-year-old in Shambe, Sudan by animal trappers for Chipperfield's Circus in February 1975.

They worked alongside Dvur Kralove Zoo in Czech Republic where he stayed until 2009.

The zoo in the north of the country was the only one in the world to successfully give birth to northern white rhinos – whose population had been dramatically decreasing.

During his time at Dvur Kralove Zoo, Sudan sired three calves, including Nabire and Najin – with the third dying after a premature birth.

After struggles to continue breeding in Czech Republic, he was moved to the Ol Pejeta Conservancy in Kenya along with three others of the same species in the hope a more natural habitat would help revive the process.

One died in 2014, leaving Sudan with his daughter and granddaughter, Najin and Fatu.

In the weeks prior to his death, the Ol Pejeta Conservancy CEO, Richard Vigne, had said: "Sudan has been technically infertile for many years, so him dying is not going to affect the possibilities of recovery for the northern white rhino as a species."

According to the International Union for Conservation of Nature (IUCN), as of 2020, this subspecies is considered Critically Endangered (Possibly Extinct in the Wild).

Nola, who had lived with Angalifu in the San Diego Safari Park was the last remaining northern white rhino in America before dying in November 2015.

With life expectancy of the subspecies around 40 years, 20-year-old Fatu could live for another 20 years. 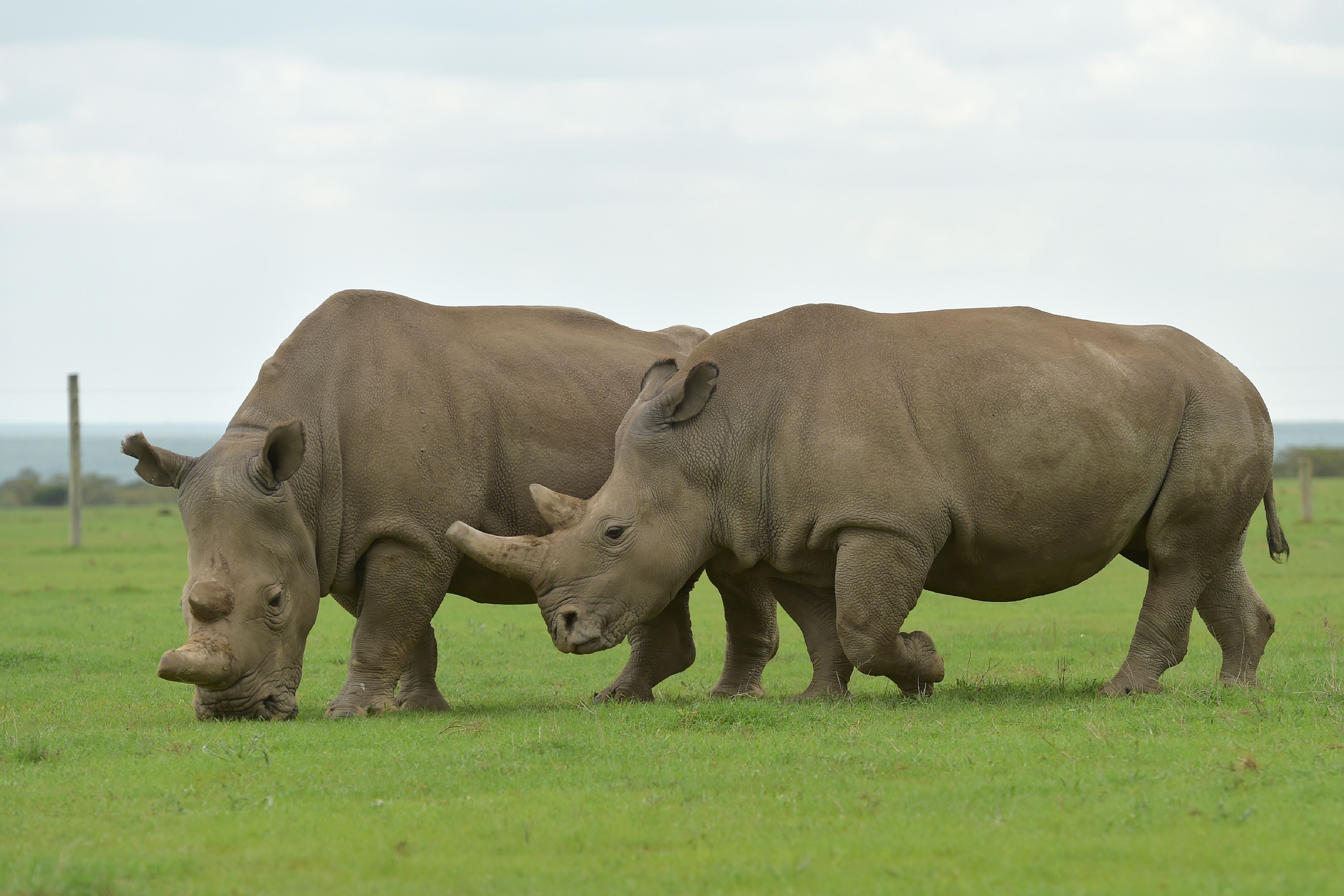 After a failed mating between Suni and Najin in 2012, Ol Pejeta Conservancy attempted crossbreeding with a southern white rhino with Fatu and her mother.

But tests revealed that both were capable of natural reproduction – with Najin suspected to have become pregnant but miscarried leading to changes in her uterus.

However, eggs were taken from both Najin and Fatu in an attempt to fertlize with frozen sperm from dead northern white rhino males.

In January 2020, it was revealed that three embryos in total had been created – all coming from Fatu – and are currently stored in liquid nitrogen.

They will later be placed into a surrogate mother, most likely a southern white rhino.