US SUPREME Court Justice Ruth Bader Ginsburg has died at the age of 87.

The iconic judge and champion of women's rights tragically passed away on Friday September 18 – we take a closer look at her life.

Who was Ruth Bader Ginsburg?

Ruth Bader Ginsburg was a pioneering American lawyer and the second woman to serve as a Supreme Court Justice.

She was born in Brooklyn, New York on March 15, 1933 to Jewish immigrant parents at the height of the Great Depression.

Ginsburg earned her first degree at Cornell University, where she met future husband Martin Ginsburg who she married in 1954 – beginning a romance that lasted until his death in 2010.

Prior to joining the court, Ginsburg was a trailblazing women's rights lawyer and taught at Rutgers Law School and volunteered at the American Civi Liberties Union.

In 1971, she made her first successful argument before the Supreme Court in Reed v Reed, which looked at whether men could be automatically preferred over women as estate executors.

Ginsburg won the case – marking the first time the Court had overturned a law because of gender-based discrimination.

She was nominated to the US Court of Appeals by then-President Jimmy Carter in 1980, and later to the Supreme Court in 1993 by President Bill Clinton.

During her tenure, Ginsburg was a tireless advocate for rights for women and minorities – helping to legalise same-sex marriage in 2015 in Obergefell v. Hodges.

Ginsburg became a national treasure and was heralded as an icon of progressive politics, known affectionately as "The Notorious RBG".

Tributes have poured in from across the spheres of politics and culture following her death.

Fleetwood Mac star Stevie Nicks today wrote that her death left her feeling "very much like I felt on the night my own mother died".

Former President Barack Obama wrote: "Justice Ruth Bader Ginsburg fought to the end, through her cancer, with unwavering faith in our democracy and its ideals. That’s how we remember her."

What was Ruth Bader Ginsburg's cause of death?

Ginsberg died of metastatic pancreatic cancer, the court said in a statement.

It came after five battles with the disease during her life.

The Judge was first diagnosed with colon cancer in 1999, just six years after she was appointed to the Supreme Court.

And in 2018, Ginsburg had part of her lung removed to treat lung cancer.

But with typical stoicism, the Judge referred to her health struggles as just a "challenge" that could be overcome in an interview with MSNBC in 2015.

What are the films about Ruth Bader Ginsburg and where can you watch them?

Ruth Bader Ginsburg's legacy is documented in the films 'RBG' and 'On the Basis of Sex'.

'RBG', released in 2018, is a deep dive into the Judge's life and work and was directed by Betsy West.

It is available to view through Hulu or Amazon.

'On The Basis of Sex' stars Felicity Jones as a young Ginsburg, and focuses on her time at Harvard and Columbia Law School and with the ACLU.

It can be viewed on Amazon Prime.

"Real change, enduring change, happens one step at a time." – From 'The Notorious RBG', published in 2015.

"I tell law students… if you are going to be a lawyer and just practice your profession, you have a skill—very much like a plumber. But if you want to be a true professional, you will do something outside yourself… something that makes life a little better for people less fortunate than you." – Quoted in  The Mercury News, February 6, 2017.

"Women belong in all places where decisions are being made. It shouldn't be that women are the exception."
–  Speaking to CNN in 2009.

"People ask me sometimes… 'When will there be enough women on the court?' And my answer is, 'When there are nine.' People are shocked, but there'd been nine men, and nobody's ever raised a question about that."
– Speaking at Georgetown University, 2015. 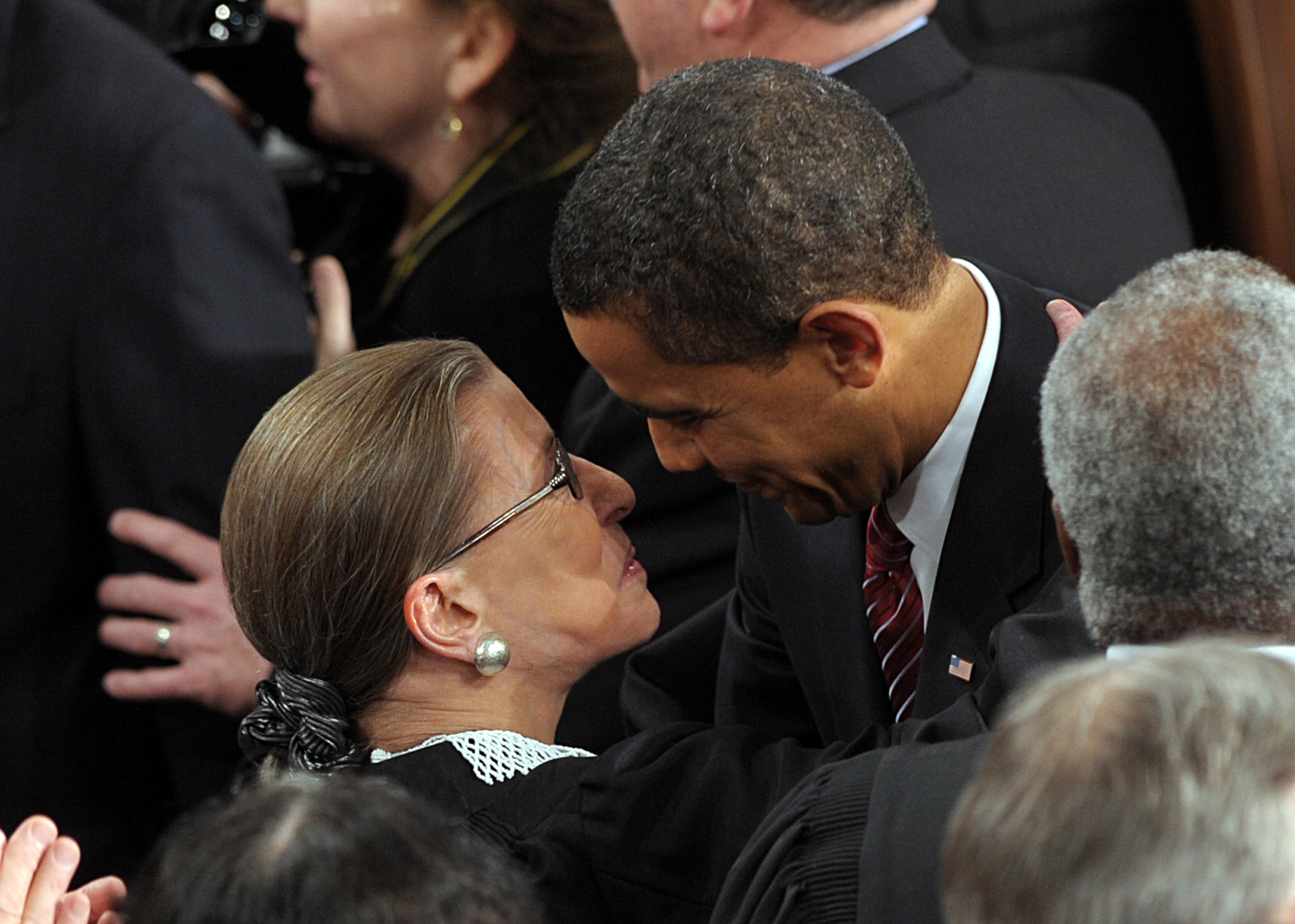