The Georgia congressman and people's champion passed away on Friday at his home in Atlanta. But who was Mr Lewis and what caused his death? 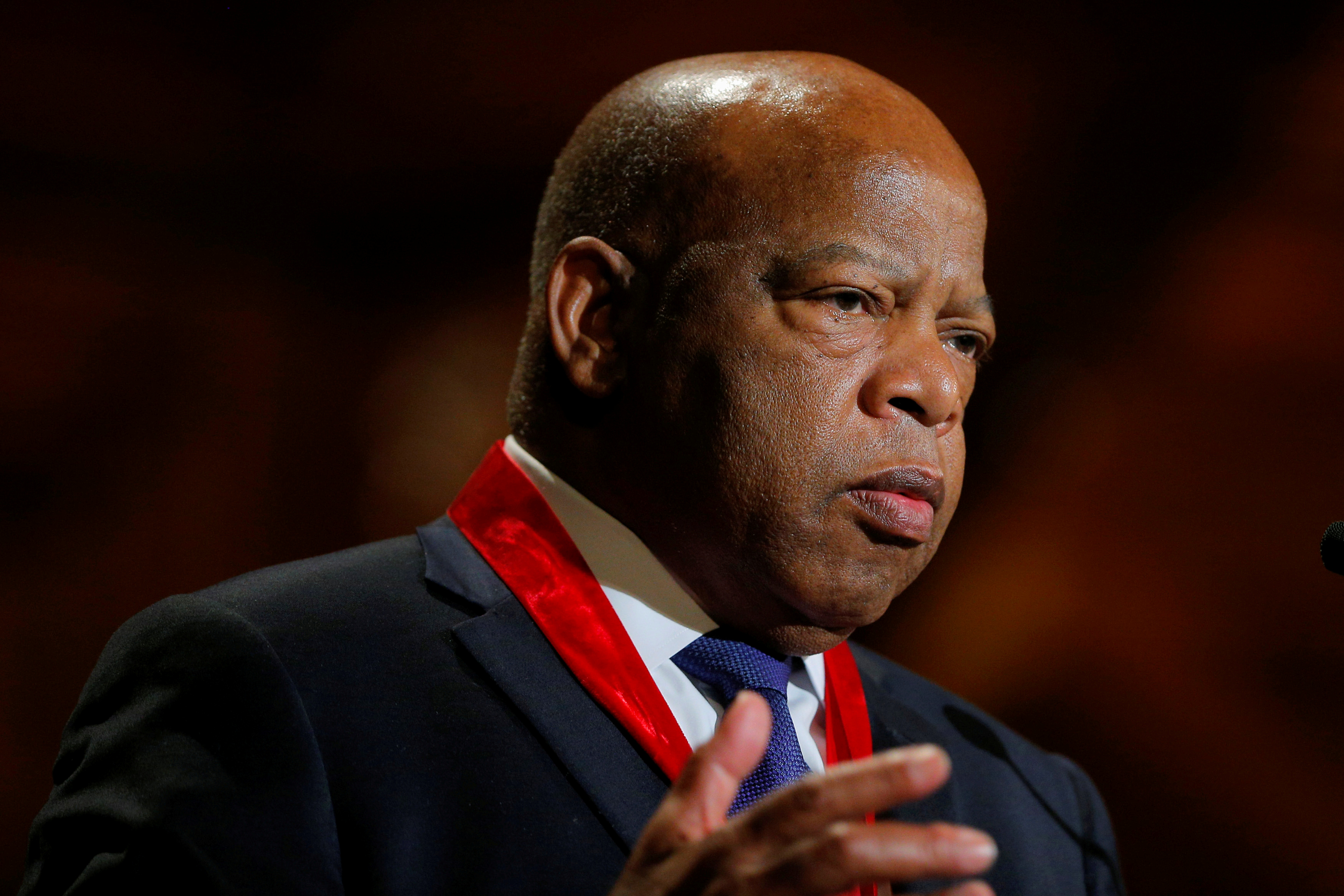 Who was John Lewis?

John Lewis was born on 21 February, 1940, outside the town of Troy, in Pike County, Alabama.

He grew up on the family farm and attended segregated public schools.

Lewis helped found the Student Nonviolent Coordinating Committee (SNCC) and was named its chairman in 1963, making him one of the Big Six at a tender age alongside Martin Luther King.

But Lewis will best be remembered for leading 600 protesters across the Edmund Pettus Bridge in Selma in 1965, an event that became known as the Bloody Sunday march.

During the crossing, Lewis, then-25, was knocked to the ground by police and beaten with a club, with left him with a severe fracture to his skull.

Days later, Martin Luther King led another march in Selma, joined by leaders of different faiths and communities from around the US who sympathised with the Civil Rights Movement.

The event, which was broadcast across the nation, bolstered support for the civil rights movement, which eventually forced Congress into passing the Voting Rights Act, ensuring African Americans enjoyed the same right to vote as everyone else.

In 1981, Mr Lewis was elected to the Atlanta City Council.

He won his seat in Congress in 1986 and spent much of his career in the minority.

After Democrats won control of the House in 2006, Mr Lewis became his party’s senior deputy whip, a behind-the-scenes leadership post in which he helped keep the party unified.

What was John Lewis' cause of death?

Mr Lewis revealed he was receiving treatment for pancreatic cancer in December 2019.

At the time, Lewis stated: "I have been in some kind of fight – for freedom, equality, basic human rights – for nearly my entire life.

"I have never faced a fight quite like the one I have now."

But on Friday (July 17) Mr Lewis lost his battle against the disease aged 80.

He passed away at home in Atlanta after receiving hospice care, according to US media reports.