Pitchfork was jailed for life for raping and murdering two 15-year-old girls in the 1980s but was released on September 1, 2021. 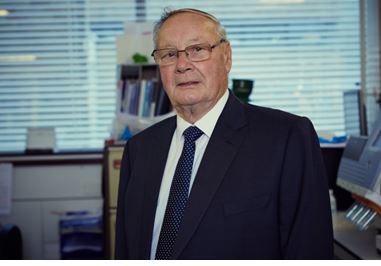 Detective Chief Superintendent David Baker was in charge of the investigation at the time.

Both girls had been raped and strangled.

He managed to evade arrest until 1987, when a bakery colleague boasted he got £200 for posing as Pitchfork to give a blood and saliva sample.

How was DSC David Baker involved in the Colin Pitchfork case?

Pitchfork, became the first person in the world to be arrested and convicted using DNA evidence, thanks to DSC Baker's use of DNA evidence to prove Pitchfork had raped and murdered Lynda Mann and Dawn Ashworth.

He was eventually released from HMP Leyhill on September 1, 2021.

What does David Baker do now?

He had previously slammed the Parole Board's decision to free Pitchfork, claiming he remains "dangerous."

He previously told The Mirror: “I firmly believe he should remain in jail and never be released.

“There's every possibility that he has pulled the wool over the eyes of the Parole Board."

He added: "Pitchfork is a very dangerous man. He murdered one girl and then went on to live normally with his family before murdering again three years later.

“He was certainly a psychopath because he went from murder to being a family man. He lived a double life and it could be that he still is.”

Who plays DSC David Baker in Code Of A Killer?

Pitchfork's crimes were dramatised by ITV in Code of a Killer – a two-part series that aired in 2014.

The series is centered around Alec Jeffreys, the researcher who developed the techniques for genetic fingerprinting and DNA profiling that caught Pitchfork.

Jefferys is played by Life on Mars favourite John Simm.

David Threlfall, who played Frank Gallagher in Shameless, takes on the role of a police detective David Baker and Pitchfork is played by ex-Doctors star Nathan Wright.