Wetherspoon founder Tim Martin today renewed his attack on the Government after the pub chain suffered a £105million loss following a 30 per cent drop in sales.

Mr Martin said it was unfair that pubs have been treated harsher than supermarkets as he revealed sales fell from £1.82billion to £1.26billion in the year to July 26, 2020.

Publishing the company’s delayed results, he added that the UK should adopt the Swedish model for pandemics to allow his pubs to open again properly. 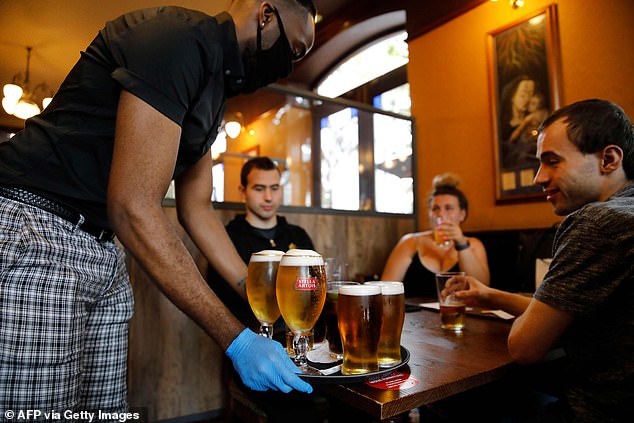 A Wetherspoon worker serves seated at the Goldengrove in Stratford, East London, on July 4 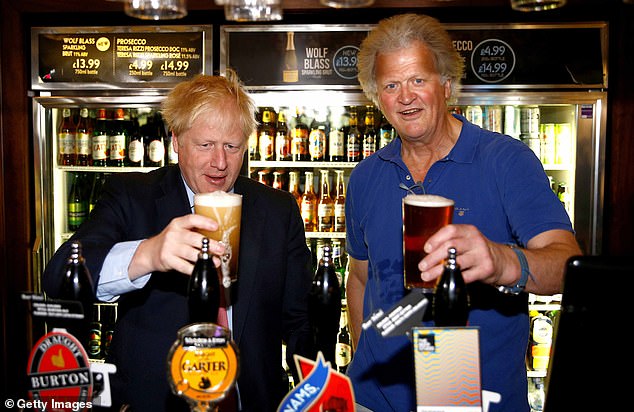 Mr Martin, quoting businessman Warren Buffett from 1989, said governments across the world have based their lockdown decisions on ‘deeply flawed analysis’.

He also attacked claims that the firm was considering withholding wages at the start of lockdown – a decision that was eventually not taken.

He added that like-for-like sales in the 11 weeks since July 26 have been 15 per cent below those of last year, with strong sales in the first few weeks, followed by a marked slowdown since the introduction of a curfew and other restrictions.

Mr Martin said: ‘For the two months following reopening, it appeared that the hospitality industry, in difficult circumstances, was adapting to the new régime and was getting ‘back on its feet’, albeit in survival mode. 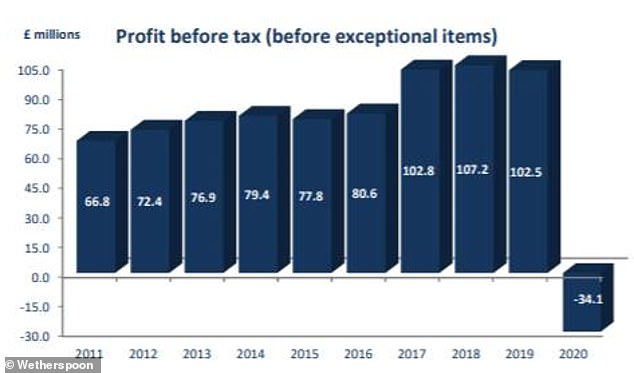 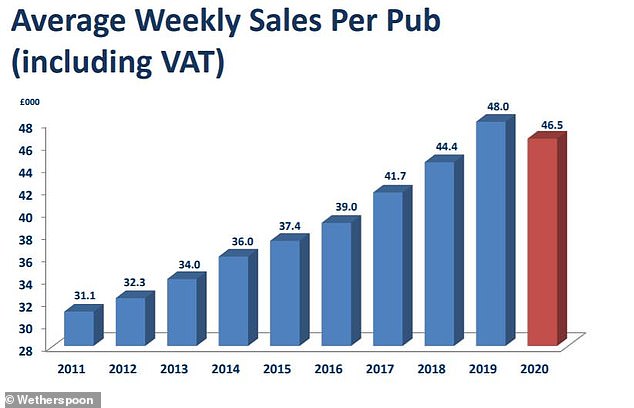 Average weekly sales including VAT in 2020 were down on the year before, but still up on 2018 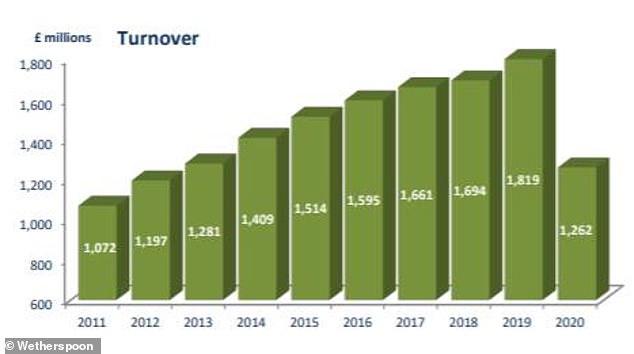 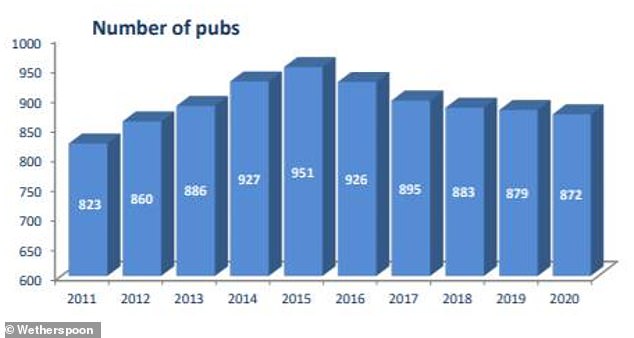 ‘It appears that the government and its advisers were clearly uncomfortable as the country emerged from lockdown.

1% of Wetherspoon employees have tested positive for Covid-19

Wetherspoon provided this data relating to Covid-19 in its report:

‘They have introduced, without consultation, under emergency powers, an ever-changing raft of ill-thought-out regulations – these are extraordinarily difficult for the public and publicans to understand and to implement.

‘None of the new regulations appears to have any obvious basis in science.’

He cited the requirement for table service, which is ‘expensive to implement and undermines the essential nature of pubs for many people – pubs have now become like restaurants’.

Mr Martin said: ‘Customers can approach the till in a shop, but not in a pub – which is, in no sense, ‘scientific’.’

He added that face masks ‘for which the health benefits are debatable, need not be worn while seated, yet must be worn to go to visit the bathroom – another capricious regulation’.

But the ‘most damaging regulation’, he said, is the 10pm curfew, which has ‘few supporters outside of the narrow cloisters of Downing Street and SAGE meetings’.

He continued: ‘This has meant that many thousands of hospitality industry employees, striving to maintain hygiene and social-distancing standards, go off duty at 10pm, leaving people to socialise in homes and at private events which are, in reality, impossible to regulate.’