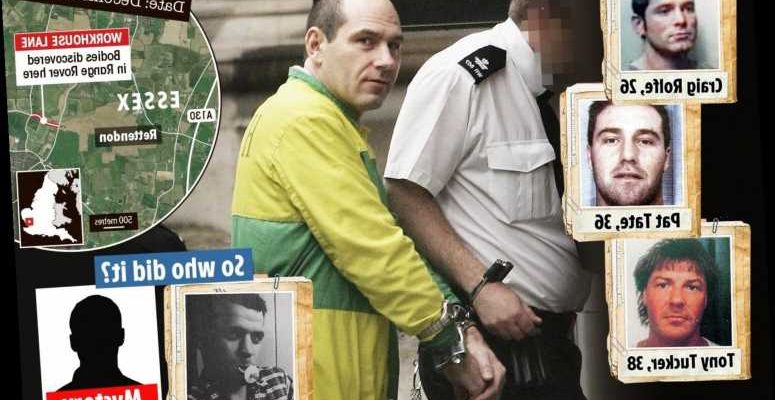 AS Jack Whomes emerged blinking into the sun after 23 years behind bars, there were no champagne corks popping.

For the man convicted of the infamous Essex Boys gangland triple-slaying, now 59, has never stopped battling to clear his name. 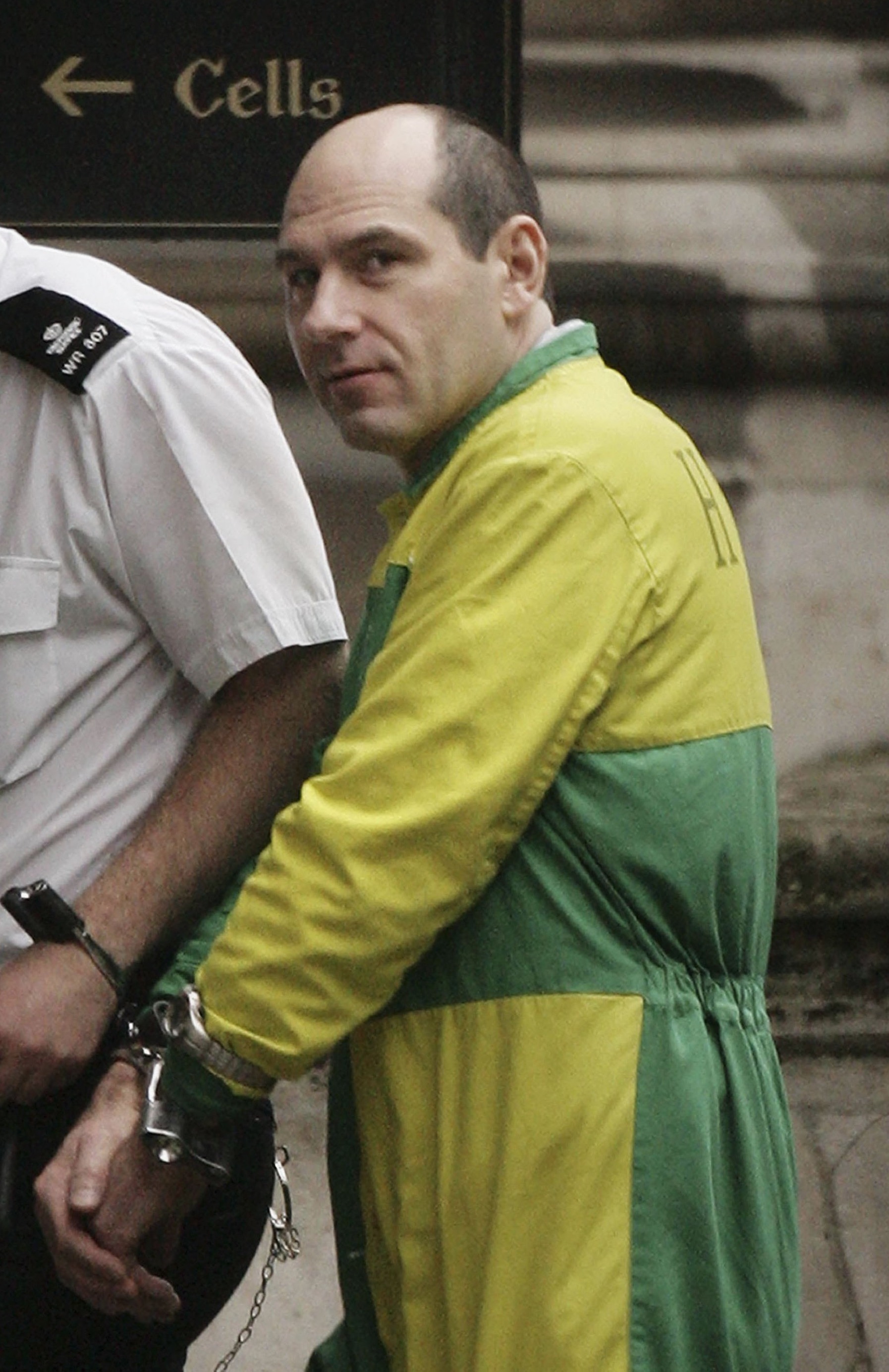 His brother, retired builder John, 58, tells The Sun: “There’s nothing to celebrate. Jack is just home but we’ve still got to clear his name.”

He was released on parole after his 25-year term was cut for good behaviour. But his family’s belief in the innocence of Jack and “accomplice” Michael Steele, now 76 and still in jail, is today backed by two former Met Police detectives.

The Sun has also tracked down ex-gangster Steve “Nipper” Ellis, who says his late dad Sid butchered the Essex Boys after they vowed to sever Nipper’s little sister’s fingers. Nipper, 55, says: “Dad told me he did it. Whomes and Steele are innocent.”

So who did kill the Essex Boys, the drug dealers whose death inspired the same-titled 2000 film starring Sean Bean, as well as other movies and books?

Patrick and McKelvey met me in Essex village Rettendon. Here, on the snowy morning of December 7, 1995, local farmer Peter Theobald and pal Ken Jiggins found a blue Range Rover in quiet Workhouse Lane. They thought the three men slumped inside were asleep, then realised they had been shot.

Bricklayer Ken says: “From the nose up they looked normal. But the lower halves of their faces were shot off, flesh and blood hanging like beards.” 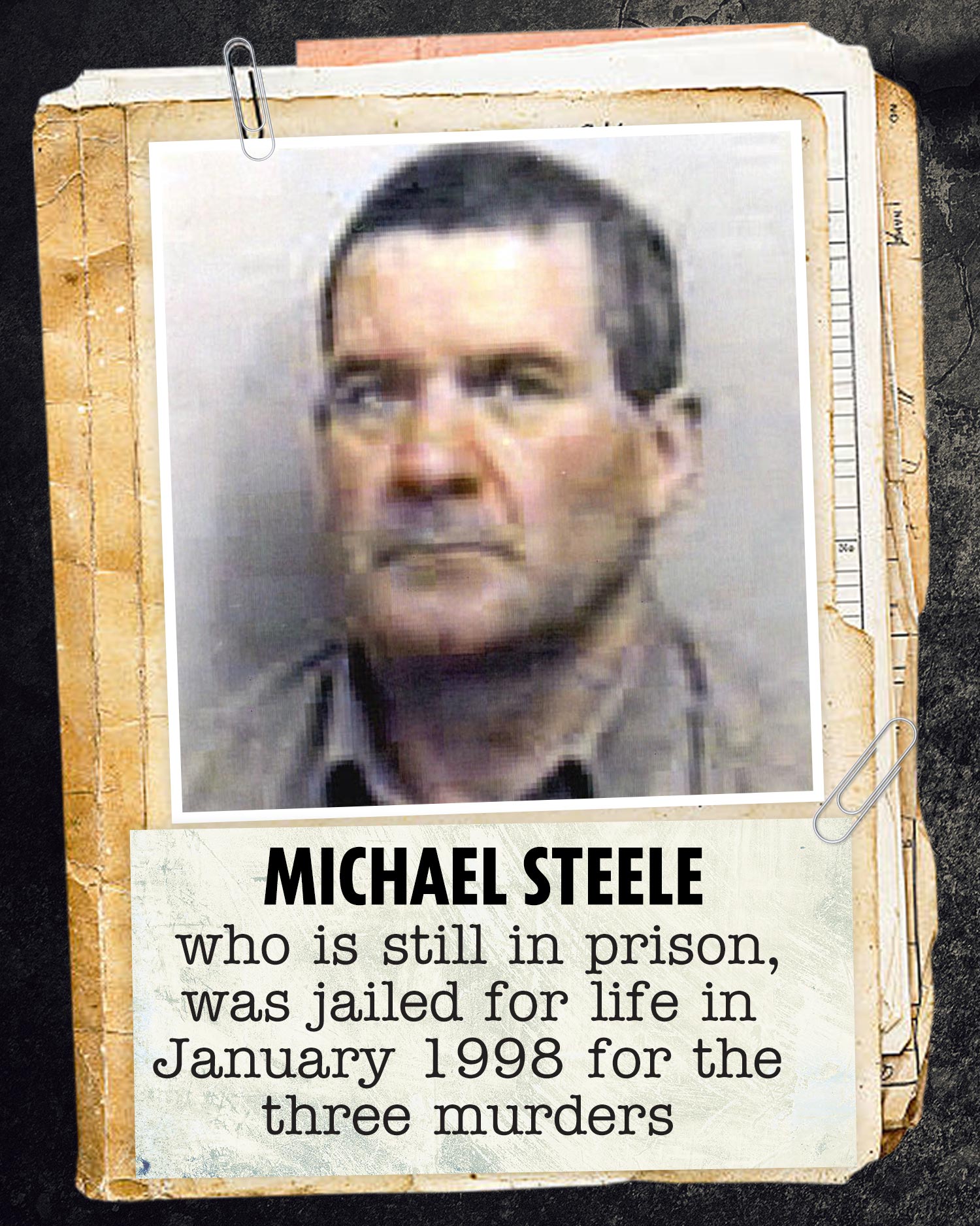 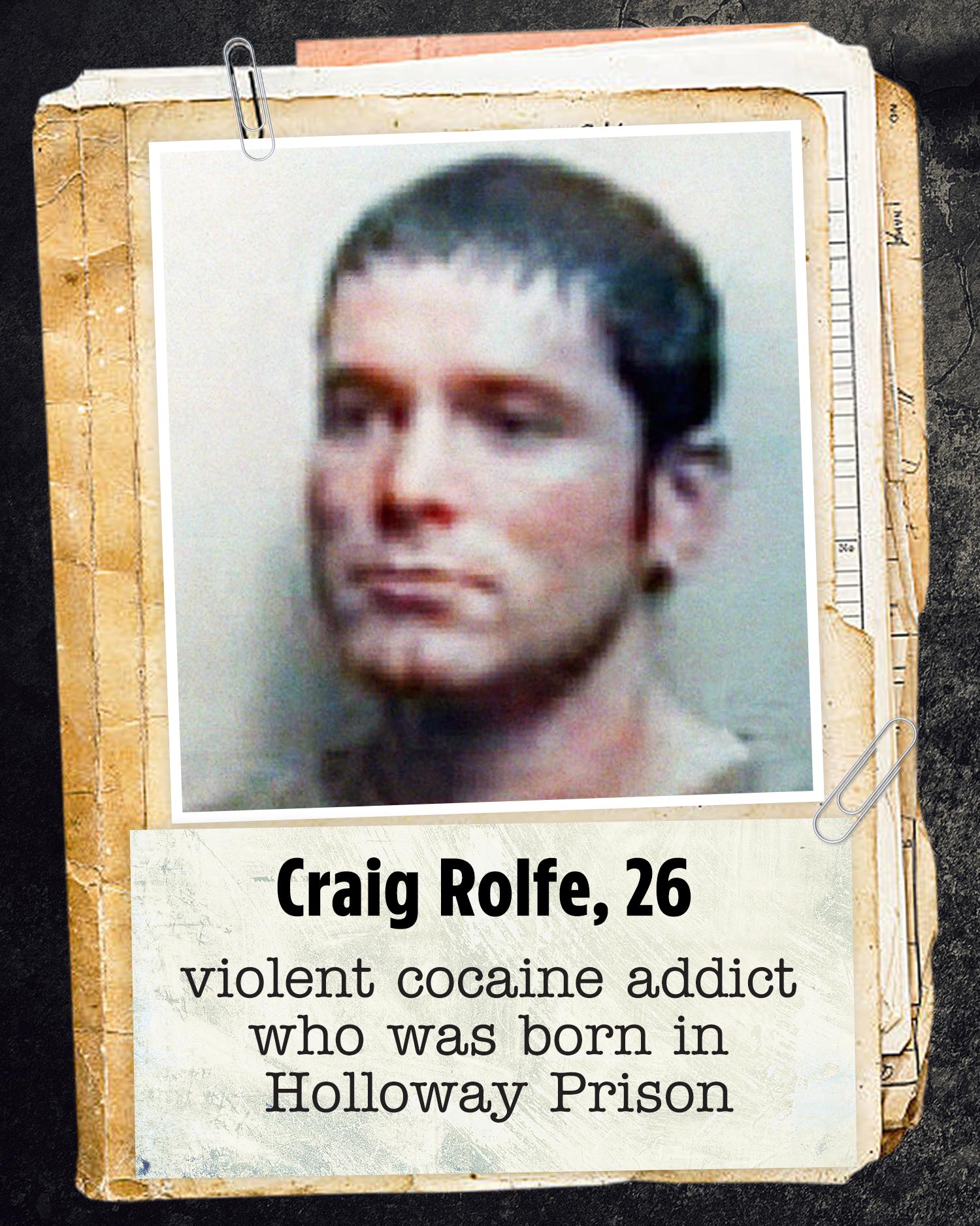 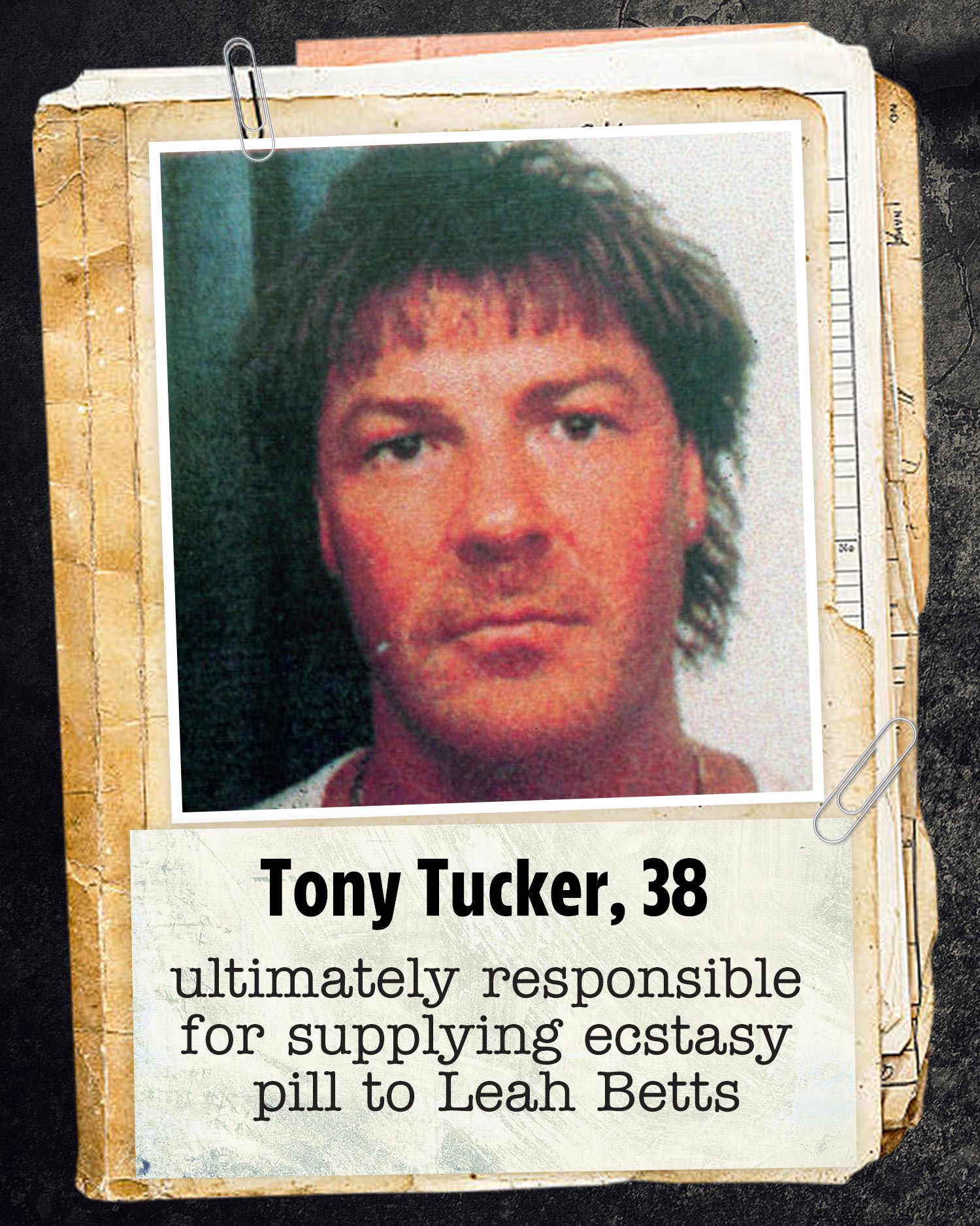 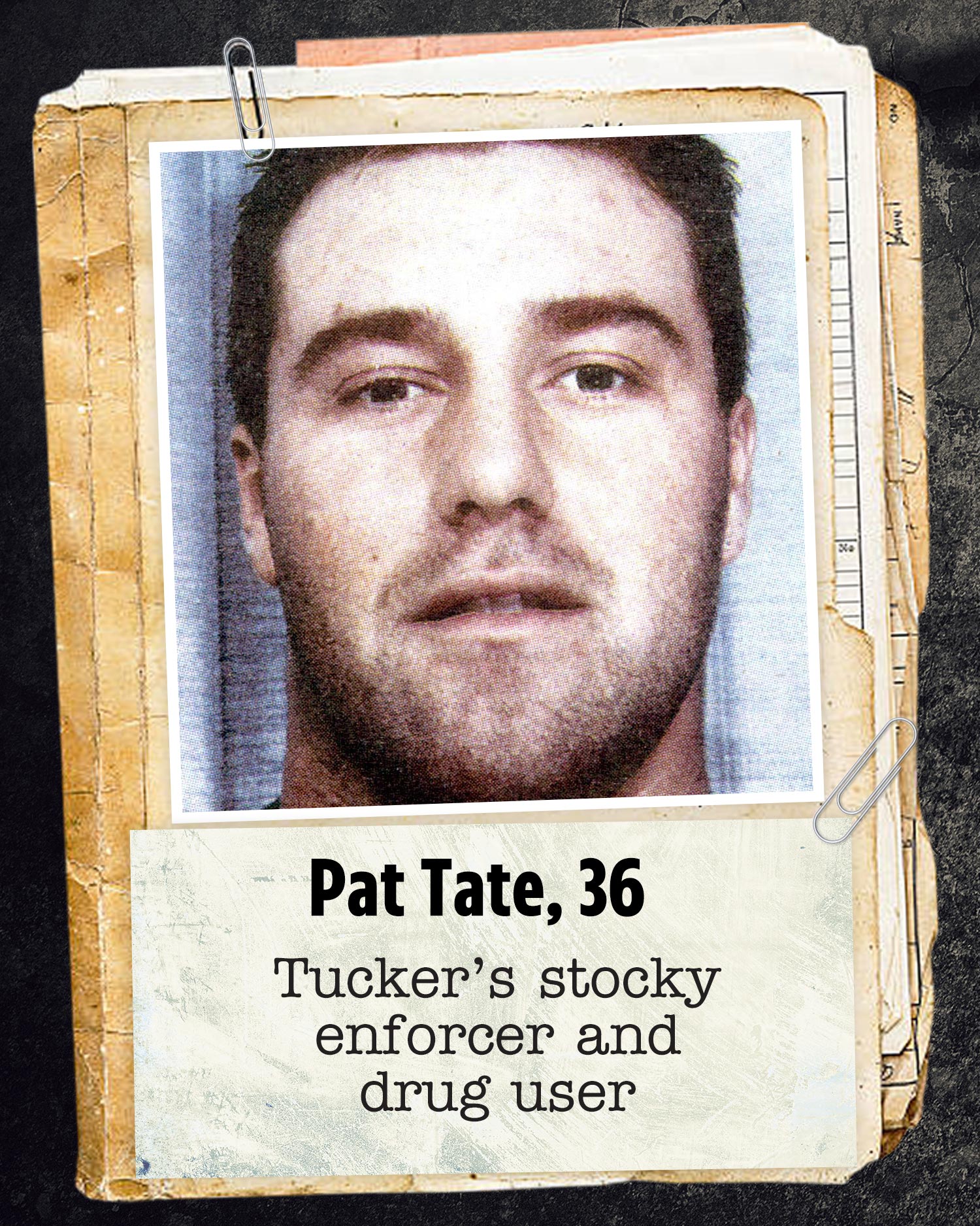 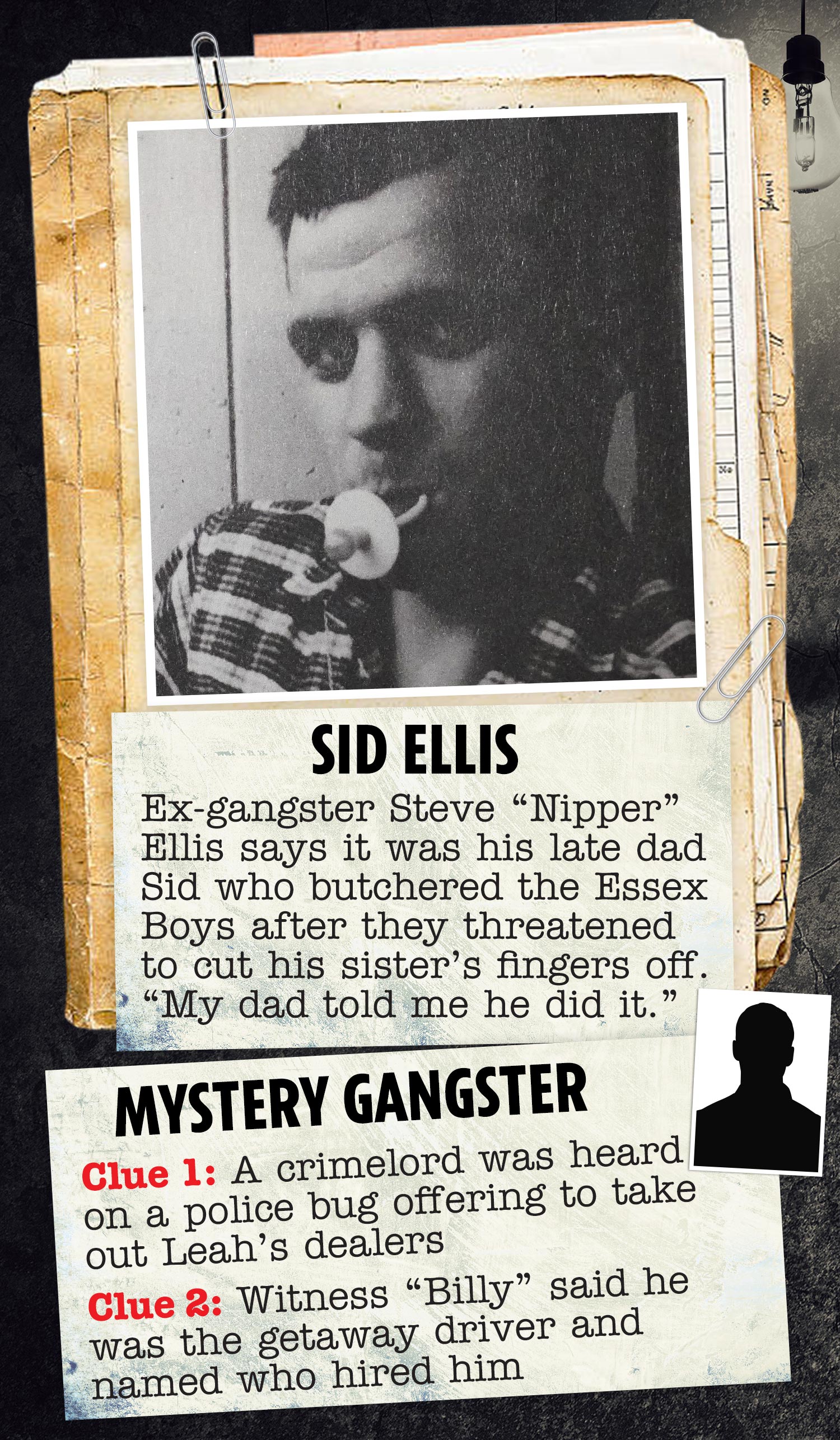 At the wheel was violent cocaine addict Craig Rolfe, 26, who was born in London’s Holloway Prison.

In the passenger seat was Tony Tucker, 38, head of a security firm that ran the drugs in Essex clubs and specialised in punishment beatings. He was ultimately resp-onsible for supplying the ecstasy pill that led to the death of Leah Betts, 18, in ­November 1995, that shocked the nation.

In the back seat was Tucker’s enforcer, man mountain Pat Tate, 36, who was riddled with drugs.

Ex-cop Patrick says: “This was retribution, a professional hit.” He labelled the dead men as just “middle-tier drug deal-ers” rather than the major-league gangsters portrayed in films.

McKelvey believes they were lured to the lane to sell 4kg of cocaine. He says: “For them, 4kg was a massive deal.”

Essex Police were under pressure to solve the most infam-ous gangland hit since the Kray Twins’ reign in Fifties and Sixties London. The inquiry was stalling until petty crook and police infor-mant Darren Nicholls was arrested in May 1996. The ex-BT engineer, then 30, was held after 10kg of cannabis was found in his van. 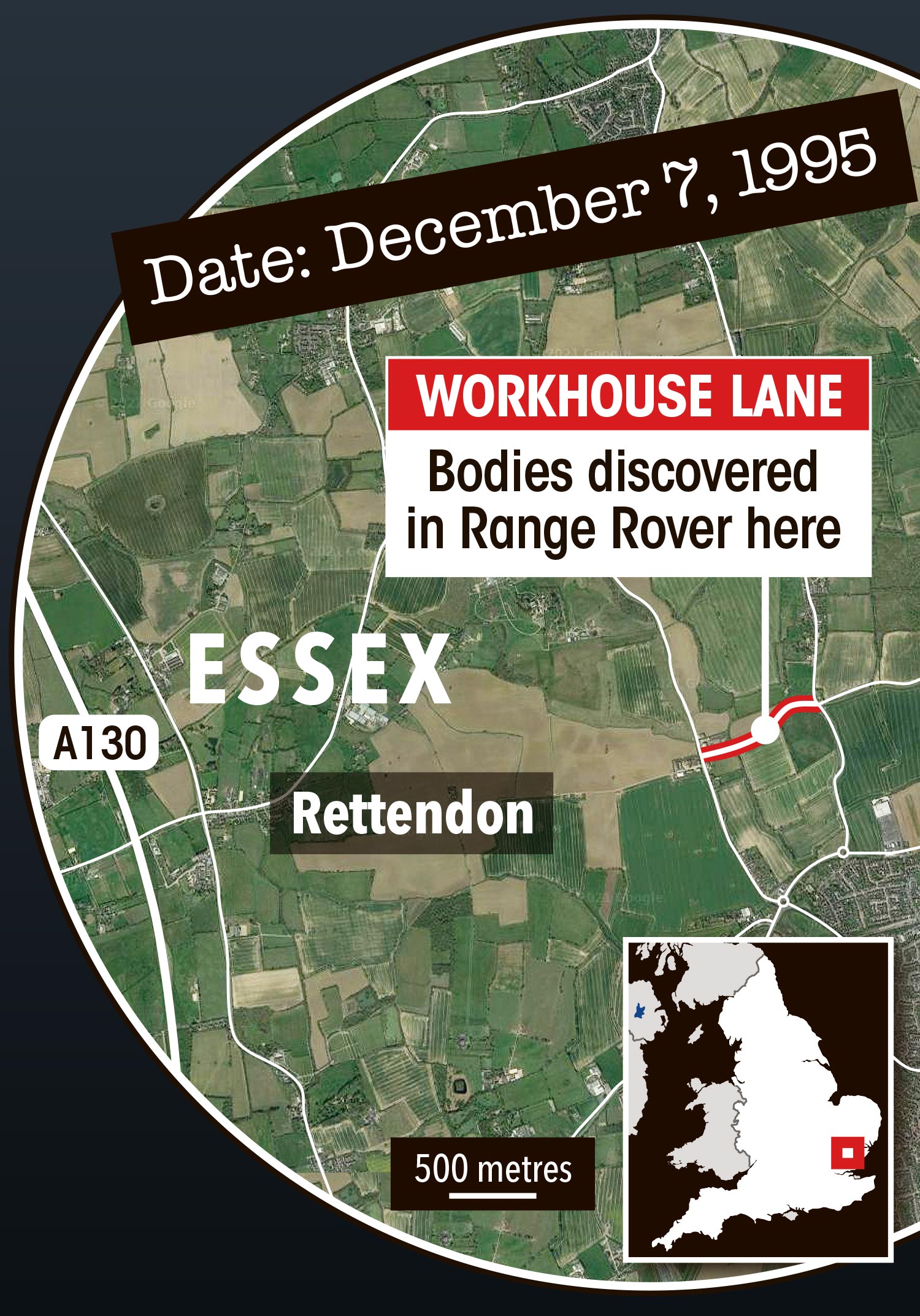 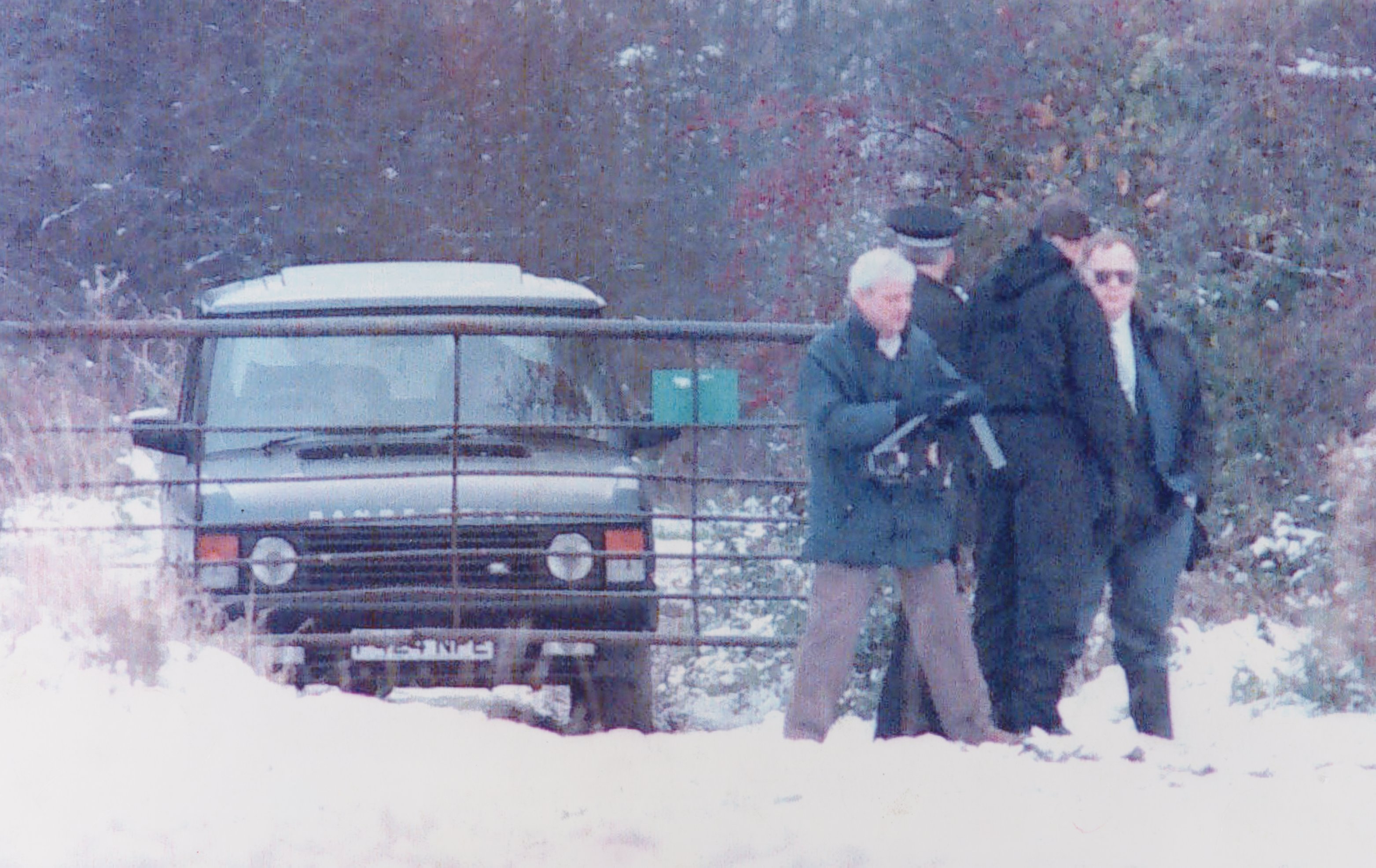 He had worked with Whomes, Steele and the dead men. But when accused of being in the murder gang, he turned grass.

He said his pal Steele lured the trio to Rettendon, as a passenger in the Range Rover — before Whomes leapt out of bushes, gave Steele a shotgun and the pair then opened fire.

Nicholls said the motive was a drug dispute and he was the unwitting get-away driver, picking up the killers after being called by Whomes at 6.59pm on December 6 to what he thought was a drug deal. But he said Steele said after the murders: “They won’t f*** with us again.”

Mechanic Whomes later admitted he was in Rettendon that night, but said Nicholls had asked him to pick up his broken-down VW Passat at the Wheatsheaf pub.

In January 1998, Steele and Whomes were convicted of the murders and jailed for life. Judge Mr Justice Hidden had told the jury of Nicholls: “It was in his interest to be a prosecution witness. He hopes to get less time to serve.” Nicholls admitted drug-running and got a lenient sent-ence, new identity and housing at a secret location.

At Steele and Whomes’ failed 2006 appeal, judges found he may have got up to £15,000 in a book deal pre-trial. He also took part in a TV documentary before the trial. But it was ruled the convictions should stand. 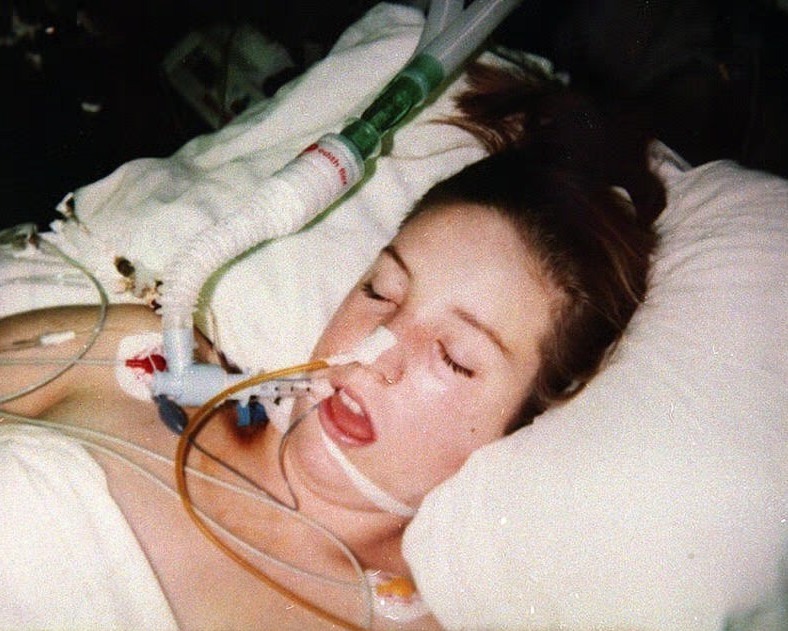 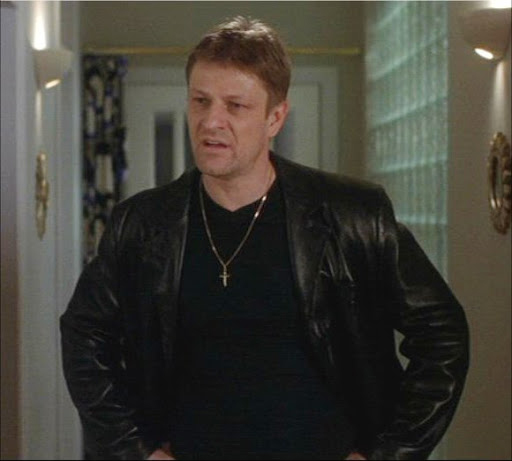 It emerged a London crimelord had been caught on a police bug in November 1995 offering to “take out” the dealers who supplied the ecstasy that killed Leah Betts. This was noted in a Scotland Yard report 21 days before the killings.

In 2018, Whomes and Steele applied to the Criminal Cases Review Commission (CCRC) for a fresh Court of Appeal hearing, and they still await a decision. But after contact by the pair’s defence, McKelvey launched a probe with his Essex-based private investig-ations firm TM Eye. He asked Patrick to help sieve evidence.

McKelvey cites a different ver-sion of events. On January 14, 1996, the Met arrested East End villain “Billy” for armed robbery and he claimed he had been the unwitting getaway driver. He said the kill-ings were ordered by a South London criminal at odds with Tucker over a drugs debt, and organised by an East London firm. Police drove Billy to Rettendon to retrace his moves. But this inquiry was dropped without charge.

And what of former Essex Boys associate Nipper Ellis?

He says he riled the doomed trio with a remark about Tucker’s girlfriend, and that Tucker vowed to sever his limbs with a cleaver. With the gang after him, Nipper says he shot Tate in the arm. He adds: “I tried to protect my family and in the process shot Pat (Tate).”

He got 15 months for possessing a gun but insists his dad Sid, who died of cancer in 2016, DID kill the Essex Boys. He says: “Dad was not a hitman. He did what I tried, which was to protect the family.”

McKelvey says of Nipper: “I don’t doubt his father did claim he assassinated the three. But there is no corroboration.”

The CCRC says the case is “under review”. Essex Police says: “We cooperate with the CCRC and would take direction about any investigation required.”

Meanwhile, at home in Suffolk, Whomes’s brother John adds: “Jack is free but hasn’t got justice.” 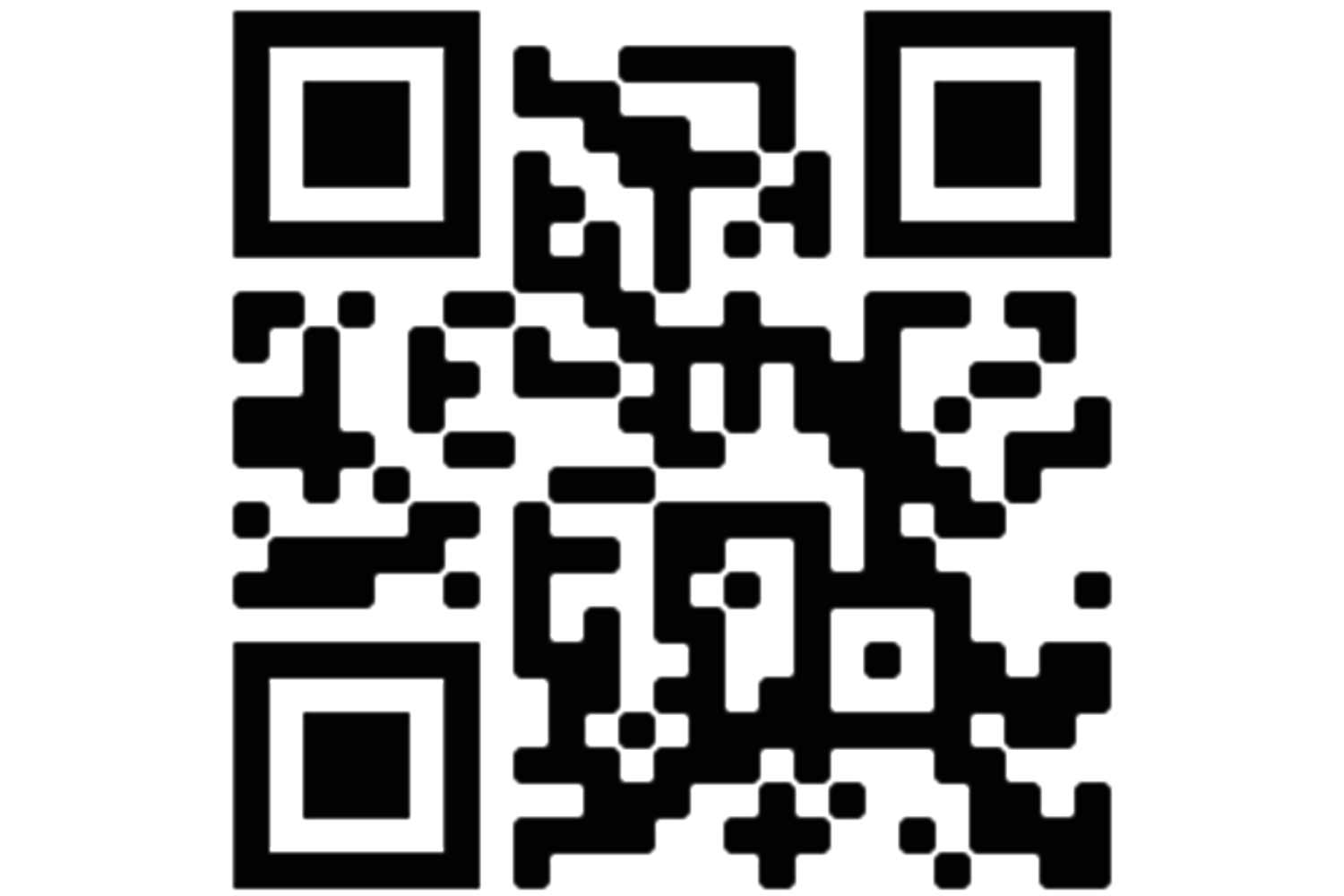 Watch our film about the case at YouTube.com/user/thesunnewspaper