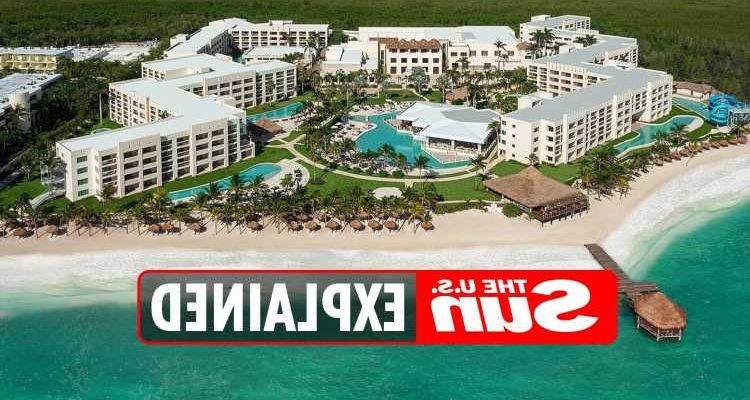 CANCUN, Mexico is a popular tourist attraction, especially as the seasons start to change and the weather turns colder.

On November 4, 2021, what seemed like a normal day at Mexico Beach in Cancun, turned into a deadly scene following a suspected gang-related shootout. 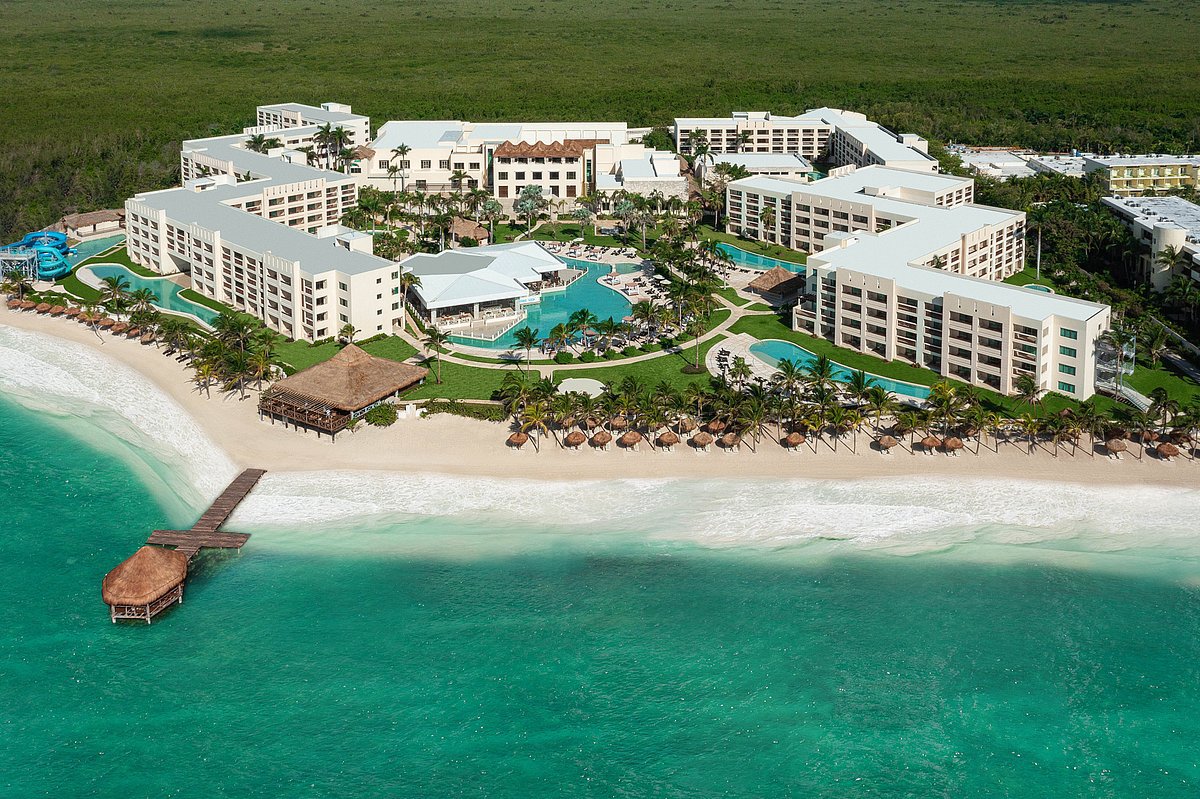 Was there a shooting at Cancun Mexico Beach?

It was reported on November 5, that there was a shooting at the Cancun Mexico Beach outside the Azul Beach Resort and the Hyatt Ziva Riviera Cancun the night prior.

ABC News reports that during the incident, "10 to 11 cartel members shot two suspected drug dealers on the beach."

The shooting then sent tourists scrambling for cover.

The hotel had reportedly been hosting a week-long Day of the Dead party for hundreds of LGBTQ+ travelers when the gunmen stormed the beach.

Local police confirmed today that one American was hospitalized following the shooting, but is currently stable. The other three sustained minor injuries.

One tourist told CNN: "I was by the pool when multiple successive gunshots occurred. It went on for a little while and everyone dove for cover.

"We manned the entrances to the basement and were given metal sticks, even a pedestal bathroom sink, to defend ourselves."

Footage from inside the five-star resort showed terrified guests cowering behind walls, crouched on the floor and hiding in dark rooms.

Authorities later confirmed that the two deceased men were drug dealers and had apparently arrived at the beach earlier in the day – claiming it was now their territory.

At this time, authorities have not identified the the four American citizens who were hurt. 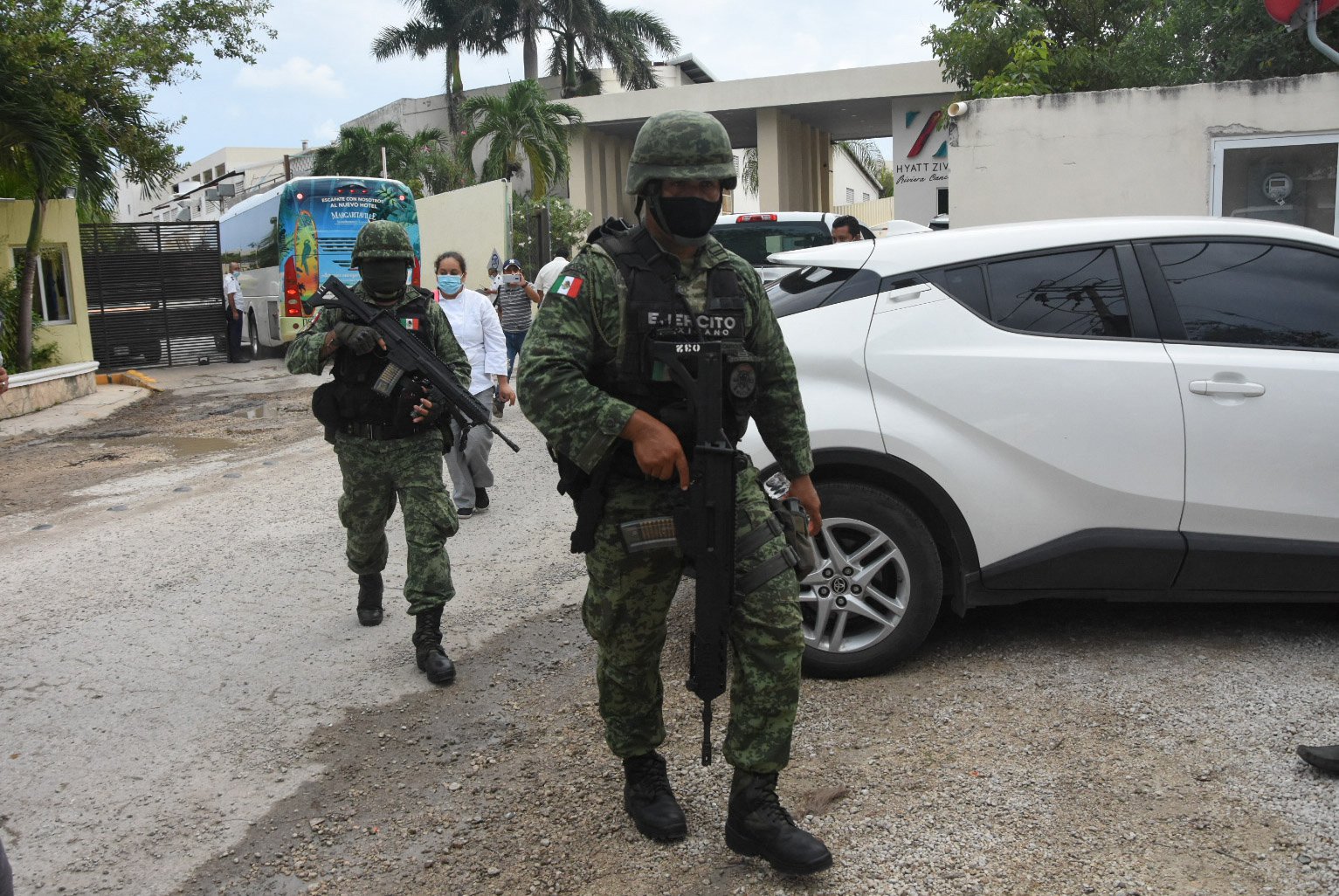 What did people say about the incident?

The following day, many guests spoke out to media organizations to recall the tragic event.

Troy Petenbrink, who was on the trip organized by New York holiday company Vacaya, said it was "chaos" as guests desperately tried to get back to the safety of the hotel.

He told the Metro Weekly: "We had literally just arrived and were walking to the beach when a rain of gunfire happened, and people all started running from the beach and pool area to take cover.

"It was chaos as people ran from the pool and beach. Many people falling on the wet ground. It was slippery as hell."

Many were also seen posting videos and photos on social media of guests taking shelter and gathering in the lobby.

Senior Executive at NBCUniversal Mike Sington was a guest at the Hyatt Ziva Riviera Cancun during the shooting and released updates on his Twitter account throughout the night.

"Guests are telling me they were playing volleyball on the beach, gunman approached firing gun. Everyone ran from beach and swimming pools. Staff hustled us into hidden rooms behind the kitchens," he wrote.

"I've never been so scared, literally shaking," he continued before adding "I'm fine now, barricaded in my hotel room for the night, just trying to decompress."