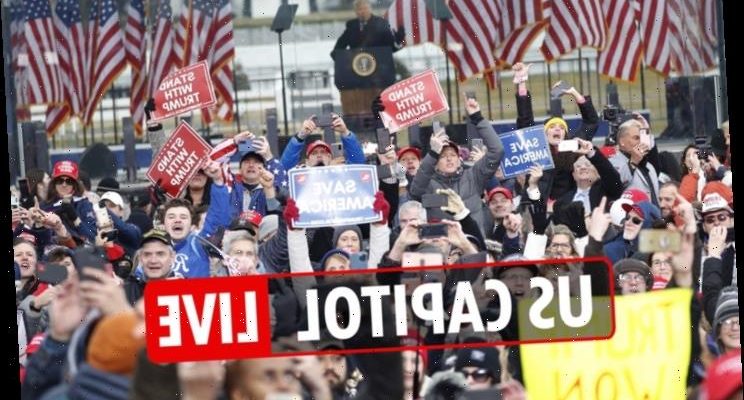 FOUR people have died after a night of carnage in the heart of American government.

One of those who died was former US Air Force veteran Ashli Babbit of San Diego, who in a graphic video was seen being shot by Capitol police after trying to climb through a broken window and enter the Chamber.

Bombs, Molotov cocktails and guns were discovered all over the Capitol area after the siege which saw pro-Trump rioters storming the building, rummaging through politicians' draws and sitting at their desks.

The carnage was eventually broken up a few hours later and Trump eventually told his supporters to go home. But rather than condemn their actions he called them "special" and insisted he understood their anger.

Follow all the latest developments via our live blog below...