Married senior government lawyer, 55, who took ‘upskirt’ pictures of woman on the Tube AVOIDS being struck off after blaming stress of working 80-hour weeks planning for Brexit 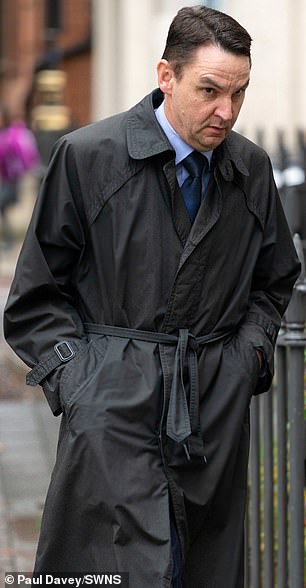 A married senior government lawyer who became one of the first people to be convicted of ‘upskirting’ has escaped being banned from the profession – after blaming the stress of working 80-hour weeks planning for Brexit.

Barrister Daren Timson Hunt was caught using his phone to film up a female passenger’s skirt while travelling on the London Underground.

At the time the 55-year-old was employed at the Department of International Trade (DIT) where he said he was working extremely long hours as head of a European Union legal team.

Now a disciplinary tribunal has decided not to strike him off after accepting his argument that it was a ‘heat of the moment’ incident resulting from pressure at work and suspended him for six months instead.

Timson Hunt – who has since lost his job as head of the DIT’s EU Exit and Goods legal team – became only the fourth person to be convicted of ‘upskirting’ when he pleaded guilty to the offence at Westminster Magistrates Court in September last year.

The court was told that the incident took place as he was going up the stairs at Embankment station in June 2019. He was spotted by a police officer and apologised to his victim.

Last month he appeared before the Bar Tribunals and Adjudication Service to face disciplinary action.

In a judgement published today the panel said: ‘(He) pleaded guilty to an offence where he had used his mobile phone to record images underneath a woman’s skirt whilst travelling on London Underground.

‘(He) was apprehended by a police officer and he accepted his wrong doing at the scene. He apologised to the (woman). He pleaded guilty at the magistrates’ court and he was sentenced to community order of 12 months including 60 hours of unpaid work.’ 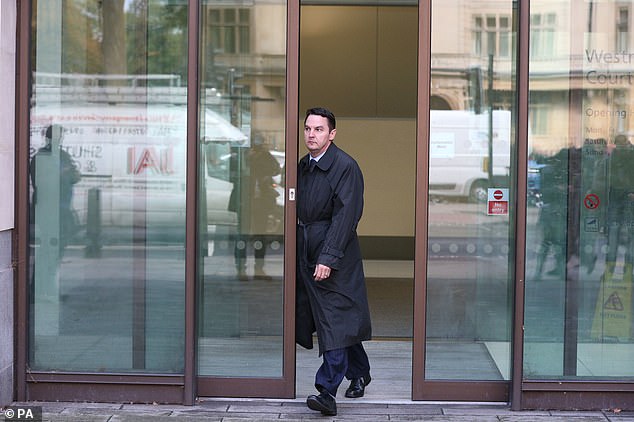 The tribunal heard that Timson Hunt, of Thurrock, Essex, is now doing manual work and his earnings are ‘limited’ 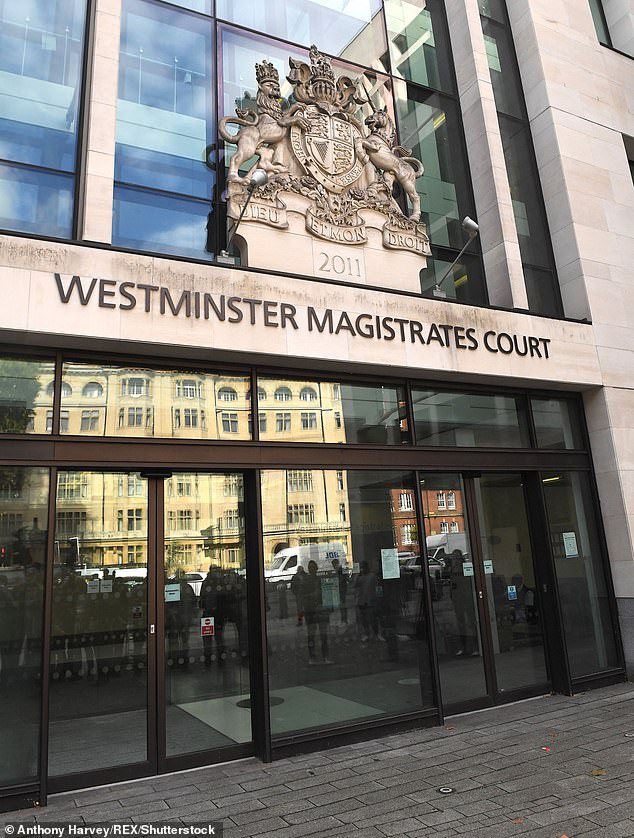 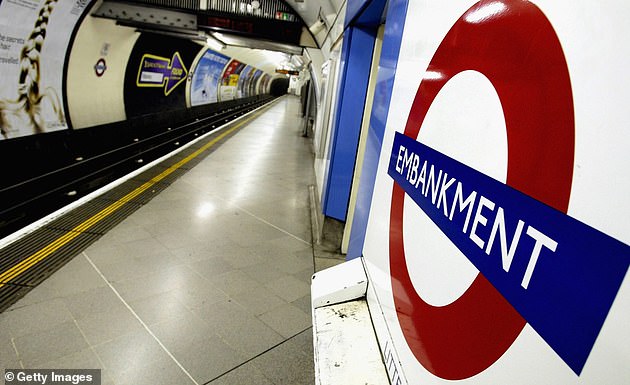 Timson Hunt followed the woman after she got the Northern Line train at Embankment station, and waited at the bottom of the stairs (file image)

In considering punishment, Tribunal chairman Alan Greenwood said: ‘The offence committed was a serious one if relatively new. It involves filming. It was not touching but nevertheless it was serious.

‘However, in the meaning of the sanctions guidance it is not a serious sexual offence.

‘He provided glowing references. It is clear that at the time (he) was working very hard. He was working on the goods related aspects of Brexit and he told the Tribunal that it was not uncommon for him to work 80 hours per week.

‘His wife was ill at the time and she had still not fully recovered. (he) was subject to domestic pressures. This is how he came to commit the offences and in doing so jeopardised his career. He lost his job.’

The tribunal heard that Timson Hunt, of Thurrock, Essex, is now doing manual work and his earnings are ‘limited’.

At last month’s hearing he admitted charges of misconduct.

The Tribunal said it found mitigating circumstances for the upskirting incident, including ‘unusual personal circumstances that provide a reasonable explanation for the behaviour’.

Ruling that he had ‘undermined the profession in the eyes of the public’, it suspended him for six months and ordered him to pay £1,200 costs.