The Ukrainian government urged the public not to jump to conclusions on Wednesday over the death of a servicewoman who had gotten the AstraZeneca coronavirus vaccine days before, according to a report.

The woman didn’t complain of any side effects after receiving the shot before she suddenly lost consciousness and died two days later, the health ministry’s website said, according to Reuters. 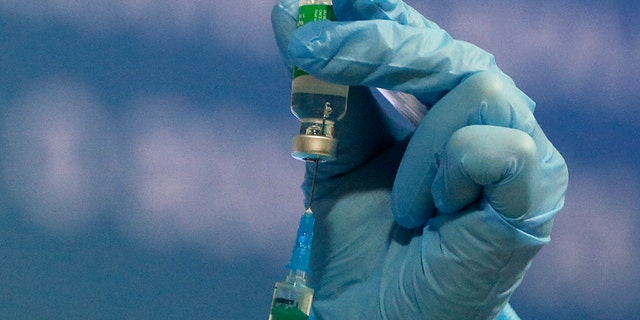 The health ministry said the woman had heart problems and other underlying conditions and her cause of death is under investigation.

Nine others received the same batch of the vaccine with no problems, Reuters reported.

The death was announced by Ukraine’s army on Tuesday and is the first reported death since the country started vaccinations last month.

In recent days, countries including Denmark, Ireland and Thailand have temporarily suspended the use of AstraZeneca’s vaccine after reports that some people developed blood clots, even though there’s no evidence that the shot was responsible. The European Medicines Agency and the World Health Organization say the data available do not suggest the vaccine caused the clots.