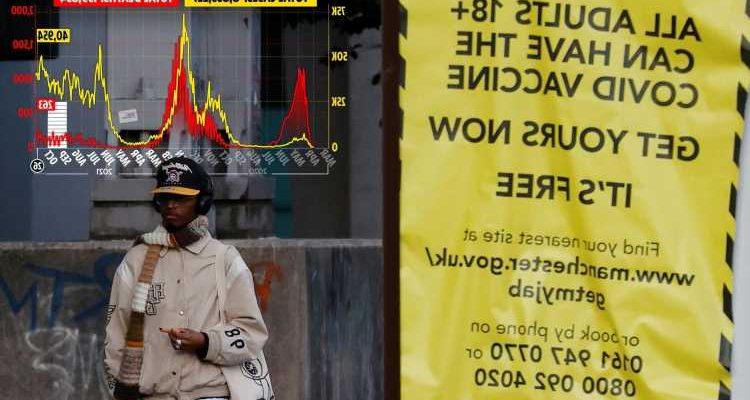 Another 263 fatalities were confirmed this afternoon, along with 40,954 new cases. 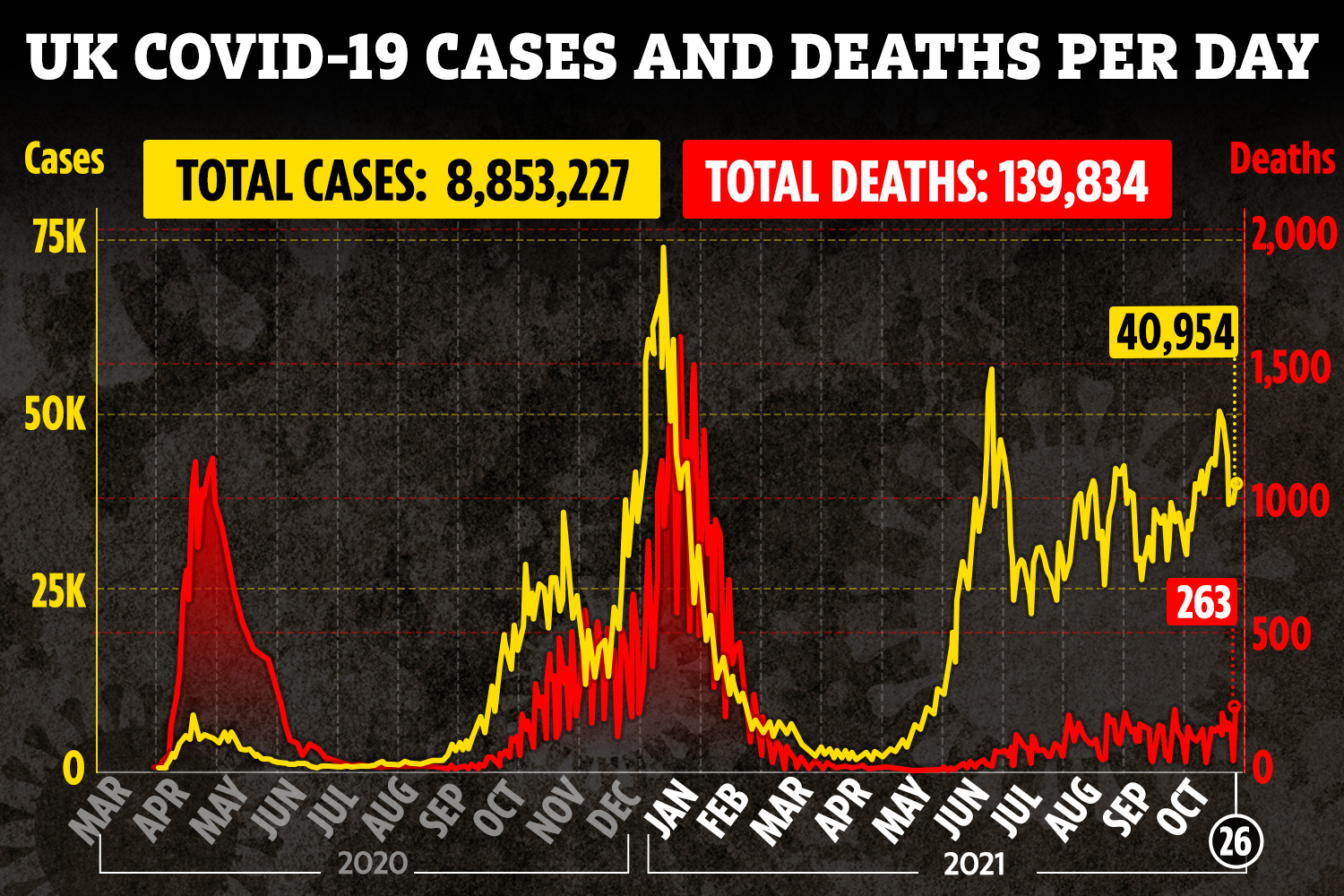 Today's rise in deaths is higher than any daily figure recorded since March 3, when 315 new fatalities were reported.

The rate of infection is higher than it was yesterday, when 36,567 new cases were logged.

Infections remain lower, however, than other daily figures recorded in recent days.

It comes after one top scientist warned it is unfair to "bash the UK" over high numbers of Covid cases as the UK has such high levels of testing.

Professor Sir Andrew Pollard, who helped create the Oxford/AstraZeneca vaccine, said earlier there were reasons the UK was seeing a high number of confirmed cases, which have been averaging more than 40,000 a day for over a week.

He said it was true the UK had high case rates but this is "very much related to the amount of testing", including in schools.

Sir Andrew told the Commons Science and Technology Committee: "If you look across Western Europe, we have about 10 times more tests done each day than some other countries, this is per head of population.

"So we really have to always adjust by looking at the data… we do have a lot of transmission at the moment, but it's not right to say that those rates are really telling us something that we can compare internationally."

He added: "So I think when we look at these data it's really important not to sort of bash the UK with a very high case rate, because actually it's partly related to very high testing.

"I'm not trying to deny that there's not plenty of transmission, because there is, but it's the comparisons that are problematic."

A total of 49,753,037 Brits have now had their first dose of the Coivd vaccine, while more than 45million have had their second.

The NHS has also been making strides in its booster campaign, with half of those eligible for the top-up jab in England having taken up the offer so far.

Professor Anthony Harnden, deputy chairman of the Joint Committee on Vaccination and Immunisation (JCVI), said the UK is making "really good progress" but urged people "not to throw it all away" and to get a booster jab when invited to do so.

Asked whether the UK is "on top of the virus now", Prof Harnden told Sky News: "I don't think so yet; I think we're winning the battle in this country and I think the vaccines are winning the battle – though infection rates are really quite high at the moment, actually death rates are relatively low compared to what they were in the first and second wave."

His comments come as the government faces increasing pressure to clampdown on the bug's surge, with some urging ministers to enforce 'Plan B' restrictions.

Earlier today Boris Johnson was warned triggering the backup plan would cost the economy up to an eye-watering £18 billion over the winter.

And the PM is reluctant to bring back masks and working from home and imposing vaccine passports over the sky-high cost to businesses.

He's also been warned by scientists that those measures might only make a marginal impact on the spread of the virus anyway.

A Government spokesman said: "We knew the coming months would be challenging, which is why we set out our autumn and winter plan last month.

"Plan B ensures we are ready, should we need to act, to avoid an unsustainable rise in hospitalisations which would put unsustainable pressure on the NHS.

"The presumptions put forward do not reflect government policy. There is no planned five-month timeline."