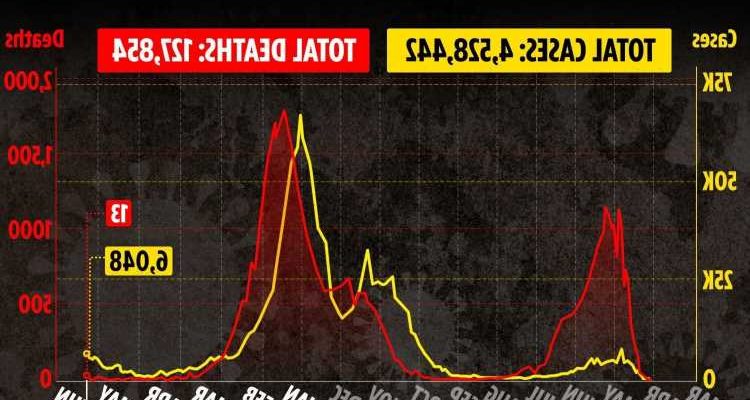 COVID cases have almost doubled in a week with another 6,048 people testing positive in the last 24 hours.

Last Tuesday, there were 3,165 cases, with new coronavirus infections surging 91 per cent in the past seven days. 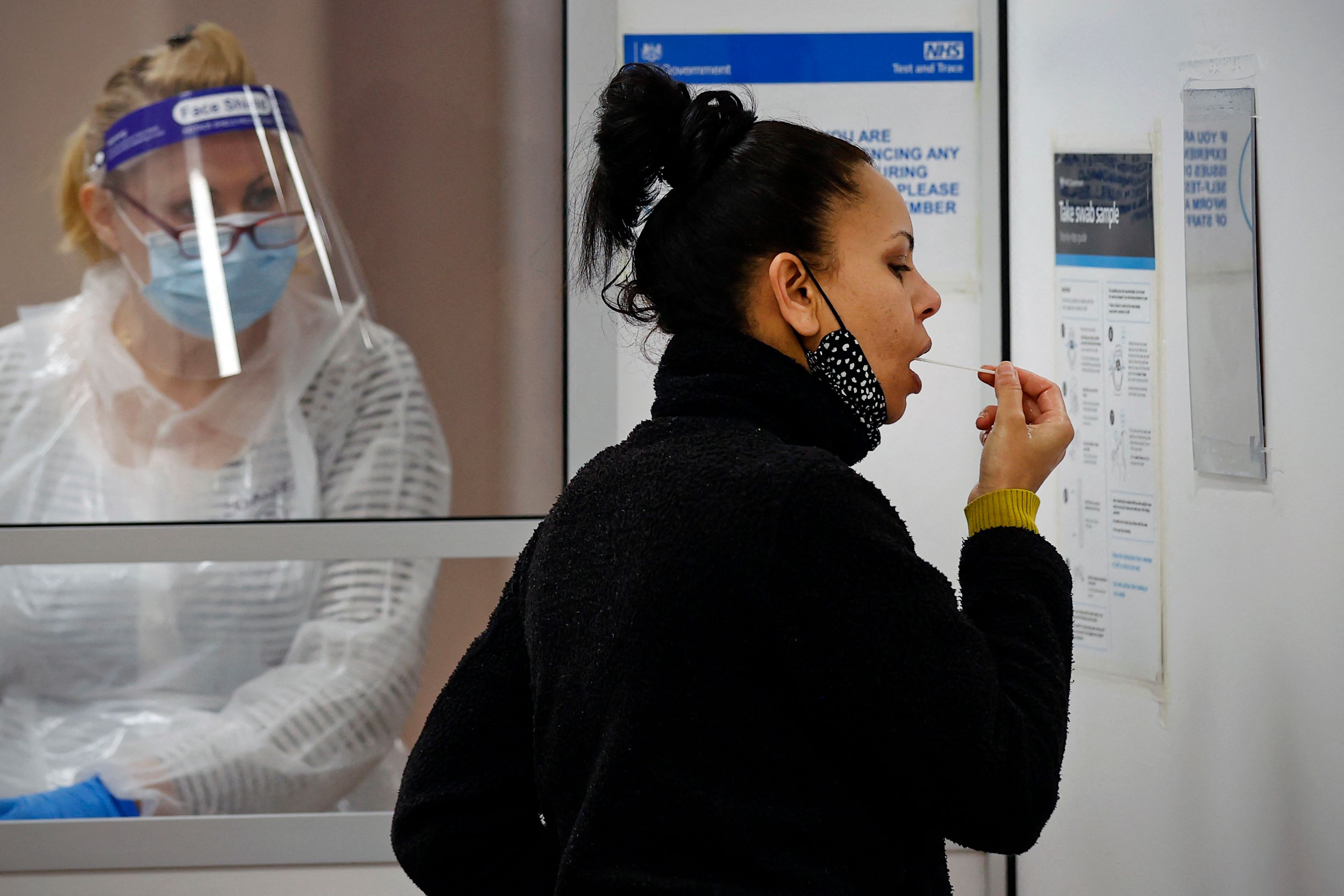 Today's figures showed 13 more people have died from the virus, bringing the total death toll to 127,584.

Today's case figures are the second time the infection numbers reported have been higher than 6,000 in the last week, with 6,238 cases reported on Friday.

The total number of people who have tested positive for the virus is now 4,528,442.

The rise in cases over the past week comes as the Indian – or Delta – variant has spiked in parts of the country.

It comes as millions of Brits were told not to travel and the Army was scrambled to help amid the rise in cases.

People in Greater Manchester and Lancashire were hit with new travel rules as a huge vaccination surge is launched to combat spiralling Covid cases. 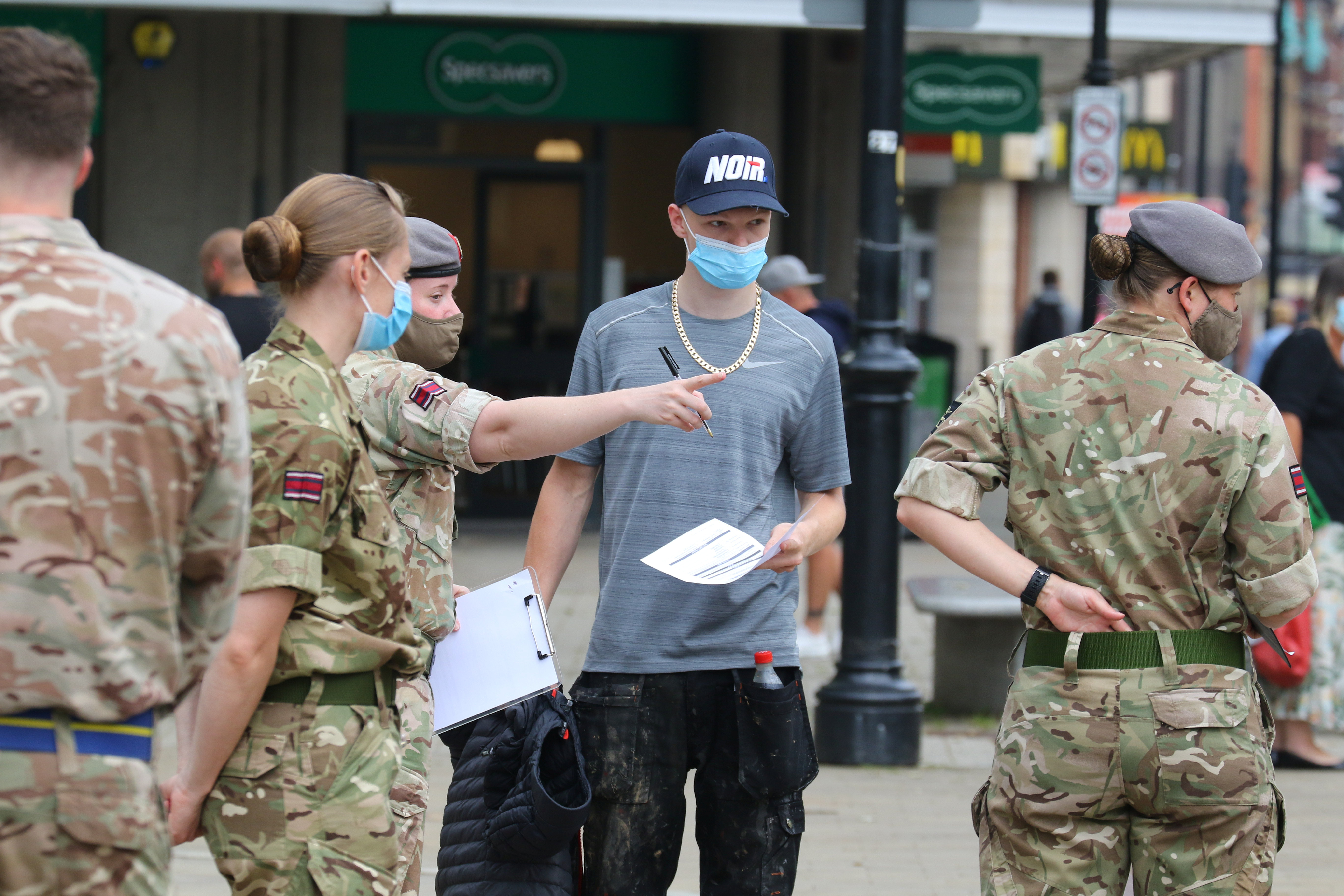 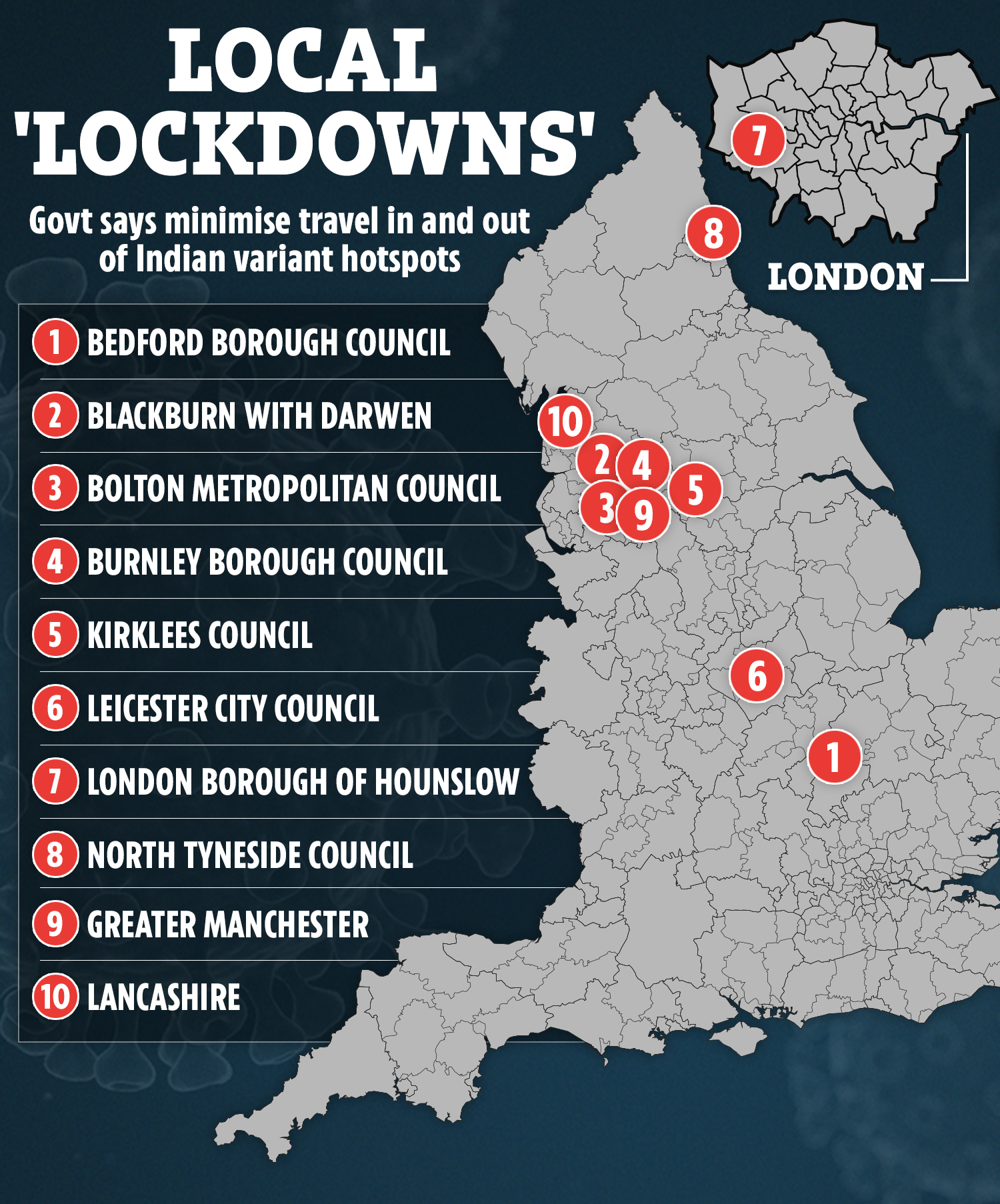 The Army will be sent in to help with a huge new jabbing drive in a mirror of measures introduced in neighbouring Bolton last month.

Health Secretary Matt Hancock announced a "strengthened package of support" for both council areas in the Commons today.

People are being told to "minimise" travel in and out of the two areas, which are experiencing the sharpest rise in infections in the country.

Meanwhile, the UK is the only country in Europe seeing a surge in Covid cases, grim graphs reveal.

But the true figure is likely to be twice as high, given that only half of Covid tests are screened to see which variant they were caused by.

Daily new cases per million people have doubled in the UK between May 25 and June 7, according to official Covid figures collected by Our World in Data.

During the same period, other EU nations have continued on a downward trend.

Only France has seen a marginal uptick in cases, as health officials say there have been scattered clusters of the Delta strain.