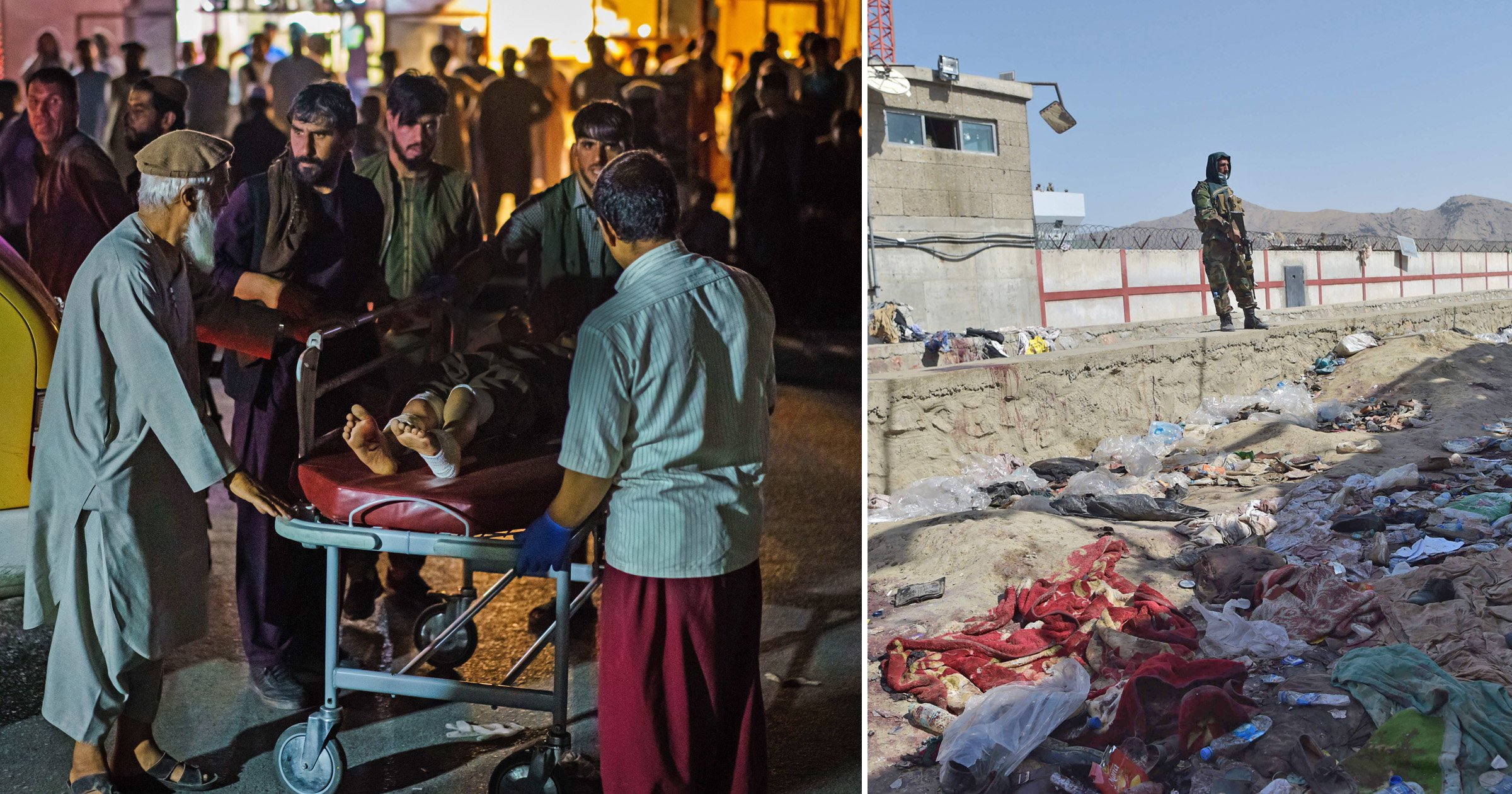 Two British adults and the child of a British national were among those killed in the Kabul airport attack, foreign secretary Dominic Raab has confirmed.

A suicide bomber and gunmen targeted crowds of people waiting to be evacuated from Hamid Karzai International Airport.

Efforts to identify the dead are ongoing but the death toll is now thought to stand at 170.

Isis-K, the Afghan affiliate of the Islamic State (Isis), has claimed responsibility for the assault, which left nearly 200 people wounded.

Foreign secretary Dominic Raab said in a statement: ‘I was deeply saddened to learn that two British nationals and the child of another British national were killed by yesterday’s terror attack, with two more injured.

‘These were innocent people and it is a tragedy that as they sought to bring their loved ones to safety in the UK they were murdered by cowardly terrorists.

‘Yesterday’s despicable attack underlines the dangers facing those in Afghanistan and reinforces why we are doing all we can to get people out. We are offering consular support to their families.

‘We will not turn our backs on those who look to us in their hour of need, and we will never be cowed by terrorists.’

It is understood the child who died was a teenager, while those injured are an adult British national and an Afghan child with a British family.

While no British military deaths have been reported, 13 American troops were killed, making Thursday the deadliest day for US forces in Afghanistan since August 2011.

British nationals were warned the night before the bombing to stay away from the airport after intelligence suggested an attack could be imminent.

Initial reports were that a second explosion was set off near the Baron Hotel, where UK diplomats have been processing Britons and Afghans eligible for evacuation.

But today a Pentagon spokesperson confirmed that there was only one attack.

Britain’s evacuation effort in Kabul is in its final hours and defence secretary Ben Wallace has admitted as many as 1,000 eligible Afghans could be left behind.

He warned on Friday that the threat from terror groups will only ‘grow the closer we get to leaving’.

Mr Wallace said that despite airlifting nearly 14,000 people out of Afghanistan in the past two weeks ‘the sad fact is not every single one will get out’.

President Joe Biden has confirmed he will stick to the August 31 withdrawal date, with the Taliban publicly saying they would not countenance an extension.

In an emotional address last night, he threatened retribution on the Isis splinter group, which is also at war with the Taliban.

‘We will hunt you down and make you pay. I will defend our interests and our people with every measure at my command.’