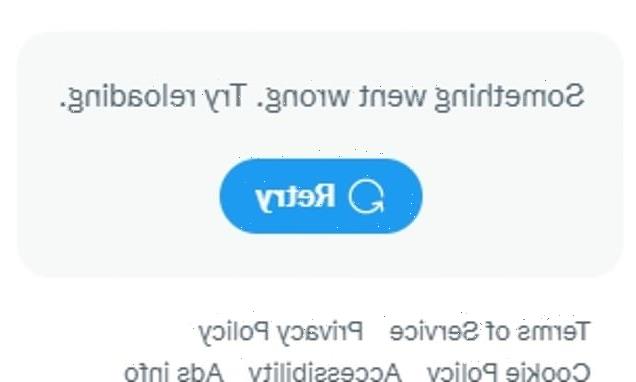 Millions of people have been left unable to access their Twitter accounts after the social media platform went down for desktop users this evening.

The site’s engineers are currently working to fix the problem, it is understood.

The website is inaccessible in parts of the UK, US and other countries. 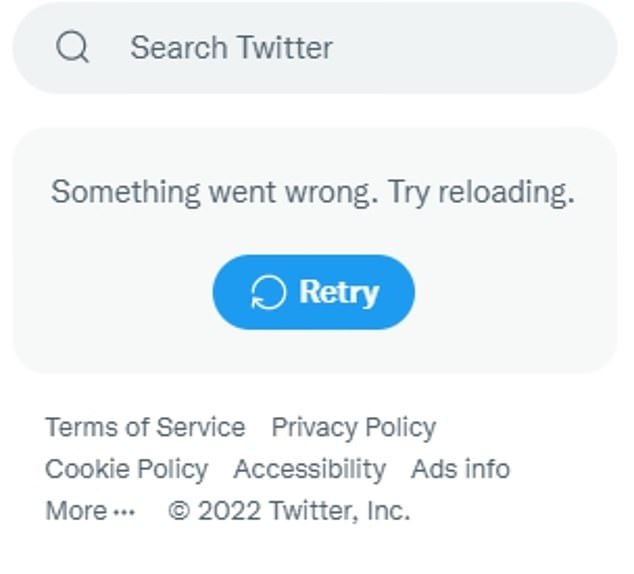 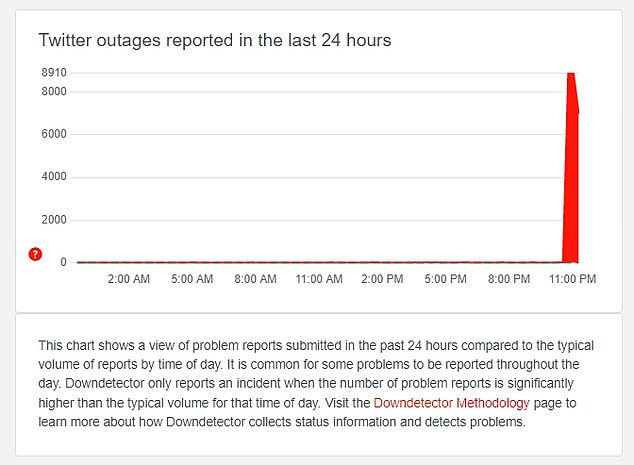 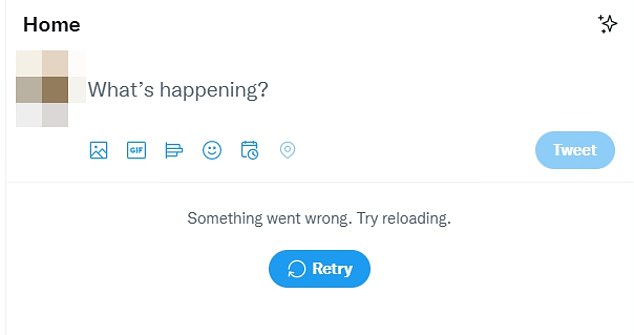 Millions of Twitter users are faced with the above message – ‘Something went wrong. Try reloading’ 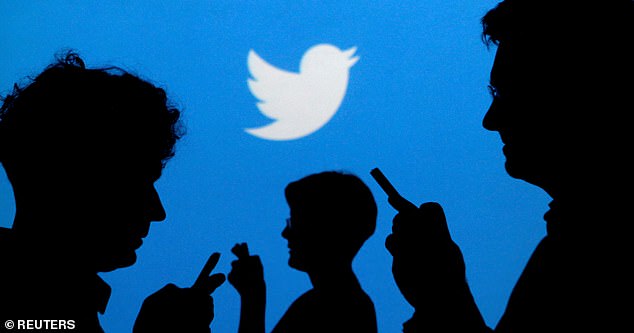 It appears the platform is still working on mobile phones, allowing users to tweet about the problem.

THXPXPE tweeted: ‘My desktop twitter just dropped off the face of the earth. Mobile seems okay?’

Juliet posted: ‘Is anyone else’s Twitter down on the [desktop] but working on the app?’

Another tweeted: ‘Twitter is down but the mobile app appears to be working?’

Outages were reported in Manchester, Birmingham and London by site Downdetector, which monitors services on websites.

In the US, cities New York, Seattle and Chicago are also reported to be affected.