DONALD Trump has warned China it will be “hurt very badly" if it doesn't strike a trade deal with the US.

In a direct message to counterpart President Xi he also said Beijing would soon have "nobody left to deal with." 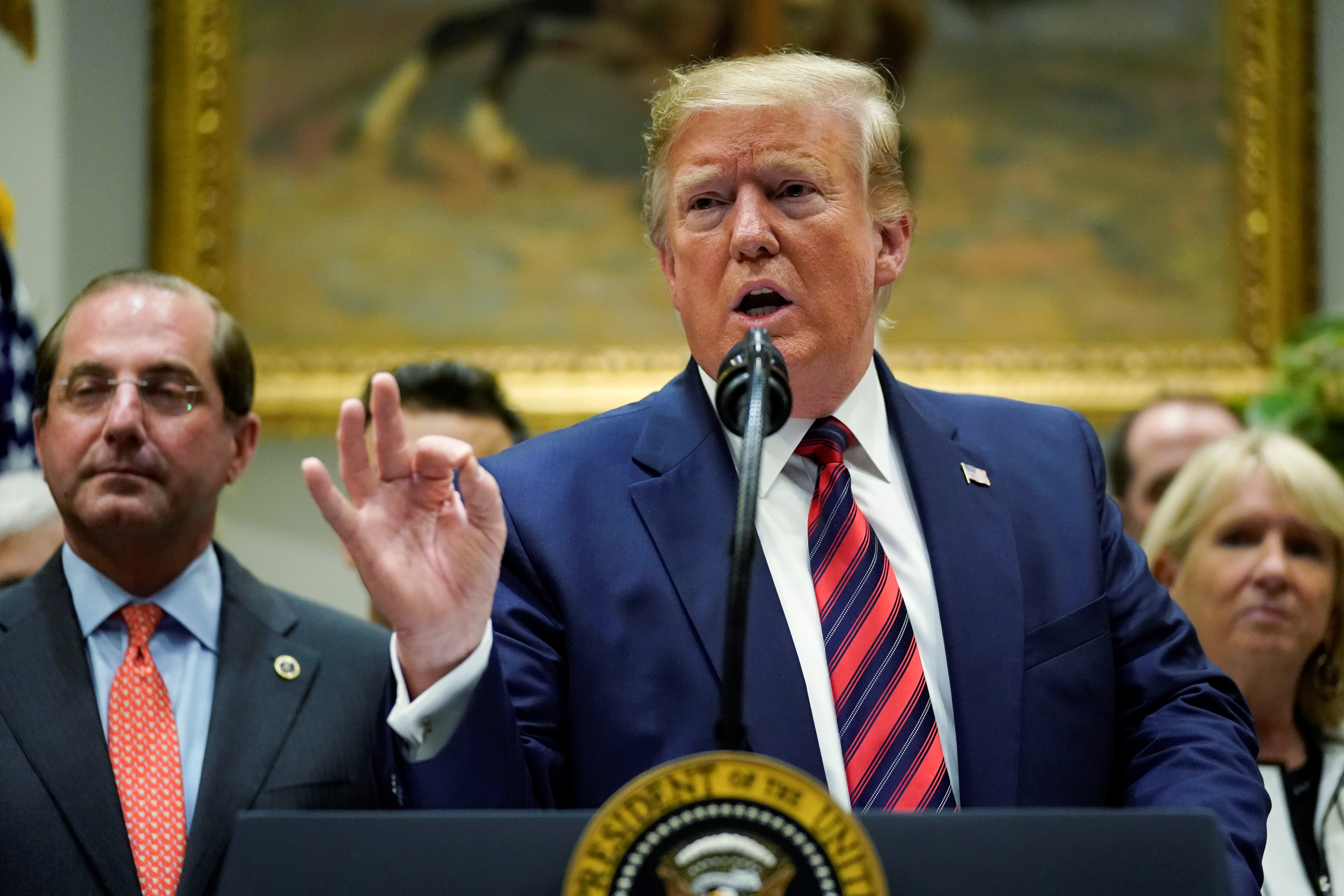 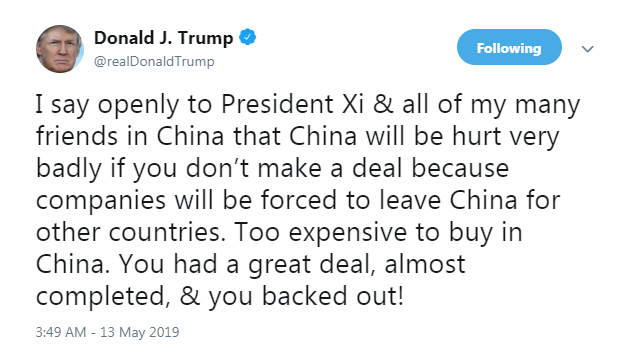 His words came days after the US more than doubled tariffs on $200bn (£153.7bn) of Chinese goods, in a sharp escalation of their trade war.

In a series of tweets, Mr Trump said China had "taken so advantage of the US for so many years. Therefore, China should not retaliate – will only get worse!"

He was also quick to point out that US consumers could avoid any tariffs by buying the same products from other sources.

"Many tariffed companies will be leaving China for Vietnam and other such countries in Asia. That's why China wants to make a deal so badly!" he said.

He also tweeted: "I say openly to President Xi & all of my many friends in China that China will be hurt very badly if you don’t make a deal because companies will be forced to leave China for other countries.

"Too expensive to buy in China. You had a great deal, almost completed, & you backed out!

"There will be nobody left in China to do business with. Very bad for China, very good for USA!

"But China has taken so advantage of the US for so many years, that they are way ahead (Our Presidents did not do the job). Therefore, China should not retaliate-will only get worse!"

However, despite the US president's threat China did today announce it would raise tariffs on $60 billion of US goods from June 1.

And stocks plunged on Wall Street at opening on Monday after China announced the retaliatory tariffs.

Technology, industrial and consumer-focused companies are bearing the brunt of the losses. Apple was down 4.4 per cent while Caterpillar was off by 4 per cent.

The Dow Jones Industrial was down 470 points, or 1.8 per cent and the tech-heavy Nasdaq was down 2.3 per cent. 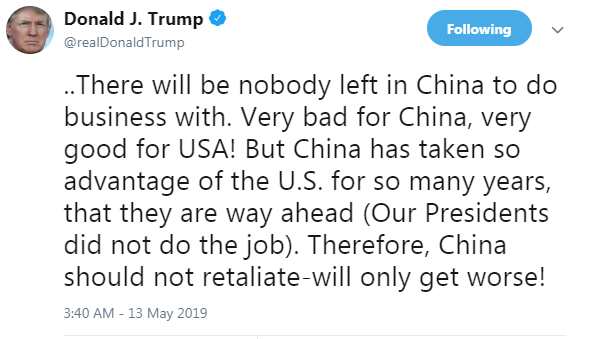