Trump settles sex assault case with Summer Zervos for NOTHING: Apprentice star who said he kissed and groped her without consent in Beverly Hills drops litigation so she can ‘talk freely’ about what happened

President Donald Trump took a victory lap Friday after former ‘Apprentice’ star Sumner Zervos ended her five-year defamation lawsuit without any monetary payment from the former president after accusing him of sexually assaulting her.

The abrupt decision to discontinue the lawsuit, without an apology or compensation from Trump, spares the former president from being questioned under oath about Zervos’ accusations that he subjected her to unwanted kissing and groping in 2007.

It brings to a close a legal saga that drew extensive media coverage while Trump was in the White House, and came after other women also accused him of assault or harassment during the 2016 campaign.

A statement by Trump, which referred to Trump in the third person, stated: ‘The lawsuit brought by a woman who made up false accusations against President Trump for publicity or money has just been dropped in its totality.’

The Trump statement continued with an attack on the media. ‘The Fake News Media totally and completely distorted the facts—they are corrupt,’ it said. ‘President Trump has been totally vindicated. No money of any kind, or legal fees, were paid by President Trump, who stated, ‘It is so sad when things like this can happen, but so incredibly important to fight for the truth and justice. Only victory can restore one’s reputation!’ 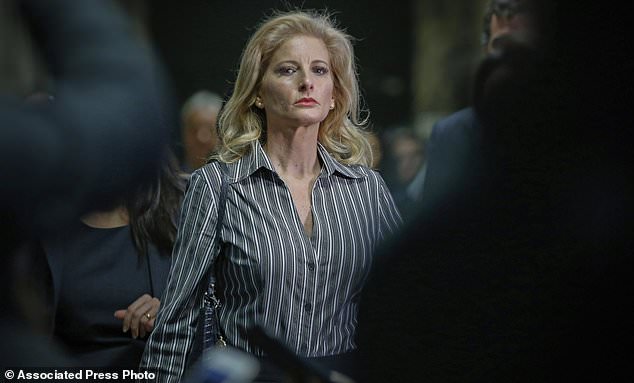 Former Apprentice contestant Summer Zervos is being countersued by Donald Trump after she filed a defamation case against him in 2016 as she claims he allegedly kissed and groped her while they were on the show together. Zervos is pictured leaving Manhattan Supreme Court on December 5, 2017

The lawsuit brought by a woman who made up false accusations against President Trump for publicity or money has just been dropped in its totality. The Fake News Media totally and completely distorted the facts—they are corrupt. President Trump has been totally vindicated. No money of any kind, or legal fees, were paid by President Trump, who stated, “It is so sad when things like this can happen, but so incredibly important to fight for the truth and justice. Only victory can restore one’s reputation!”

Zervos had sued Trump in January 2017 in a New York state court in Manhattan, saying he harmed her reputation by calling such allegations by women ‘lies’ and retweeting a post calling her claims a ‘hoax.’

‘Ms. Zervos no longer wishes to litigate against the defendant and has secured the right to speak freely about her experience,’ her lawyers Beth Wilkinson and Moira Penza said in a joint statement. ‘Ms. Zervos stands by the allegations in her complaint.’

The sudden turnaround came after Trump indicated he was planning to countersue, after the former ‘Apprentice’ contestant who claimed he had groped and kissed her without consent.

Zervos’ lawyers called that effort an attempt to escape a court-ordered Dec. 23 deadline to be deposed.

‘Ms. Zervos made the prudent decision to voluntarily drop her case without the exchange of any compensation or attorneys´ fees,’ Trump’s lawyer Alina Habba said in an email. ‘She had no choice but to do so as the facts unearthed in this matter made it abundantly clear that our client did nothing wrong.’

The former reality star accused Trump of defaming her after he denied her sexual assault allegations. 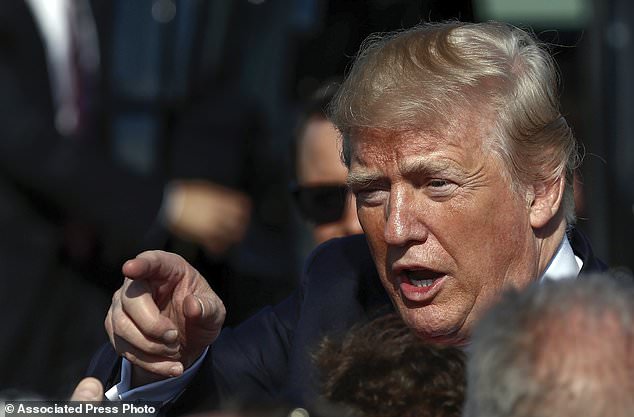 Donald Trump had previously denied Zervo’s claims along other sexual misconduct allegations as he believed they were trying to diminish his success during the 2016 presidential election He is seen here greeting people on the tarmac as he arrives at Palm Beach International Airport in West Palm Beach, Florida on December 22, 2017

Zervos had filed the defamation suit in 2016 nearly a decade after she appeared with the former President on The Apprentice in 2007.

Trump’s lawyer requested the court’s permission to pursue a counterclaim against Zervos as he had previously refuted her accusations.

The former President’s denial of the claims included retweeting a message that called her claims ‘a hoax.’

He also described a series of women who accused him of sexual assault and harassment as ‘liars’ trying to torpedo his White House hopes.

One, former Elle magazine columnist E. Jean Carroll, is also suing Trump for defamation after he denied having raped her in a Manhattan department store in the mid-1990s.

Trump’s former lawyers responded years ago that he didn’t defame Zervos. They said his statements were true and protected by free speech rights.

Both Trump and Zervos were to undergo questioning under oath by December 23.

Now he wants to bolster his defense by drawing on a 2020 New York law that makes it easier to defeat defamation claims involving public communication on issues of public interest.

The law was envisioned as helping journalists, activists and others beat back groundless claims from powerful interests that want to sue them into silence.

Trump lawyer Alina Habba argues it applies to statements the future president ‘made at the highest levels of the national stage,’ including during a debate.

‘We look forward to taking Mr. Trump´s deposition and zealously fighting his unwarranted attacks against our client,’ Wilkinson and Penza said in a statement.

They called his filing ‘a desperate reaction’ to the December deadline for depositions in Zervos’s case against him. Depositions are sworn pretrial questioning by the other side´s attorneys. 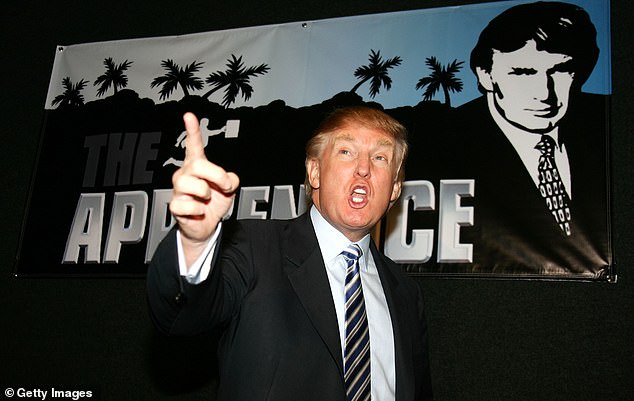 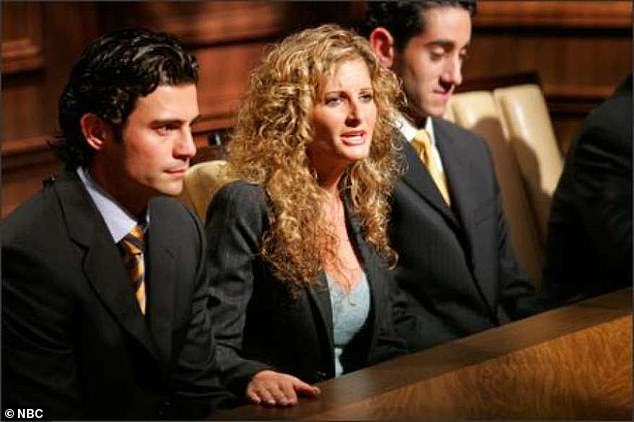 Monday’s filing came as Trump answered hours of questions in a deposition in a different lawsuit, filed by protesters who say his security team roughed them up in 2015.

He said in a statement after the deposition that the protesters’ claim was ‘baseless harassment’ and that he was glad to tell his side of that story.

Zervos, a California restaurateur, appeared on The Apprentice in 2006, when Trump hosted the show.

She says she contacted him the next year to talk about her career, and is now being represented by Gloria Allred.

According to her, he then made unwanted advances during meetings at his New York office and at a California hotel where he was staying.

She´s seeking unspecified damages, a retraction of his allegedly defamatory statements and an apology.