VIOLENT clashes erupted at a Tommy Robinson rally yesterday as eggs and bricks were hurled into crowds.

Cops have warned there will be arrests after two police cars were damaged as tensions flared at the campaign event in Oldham, Greater Manchester. 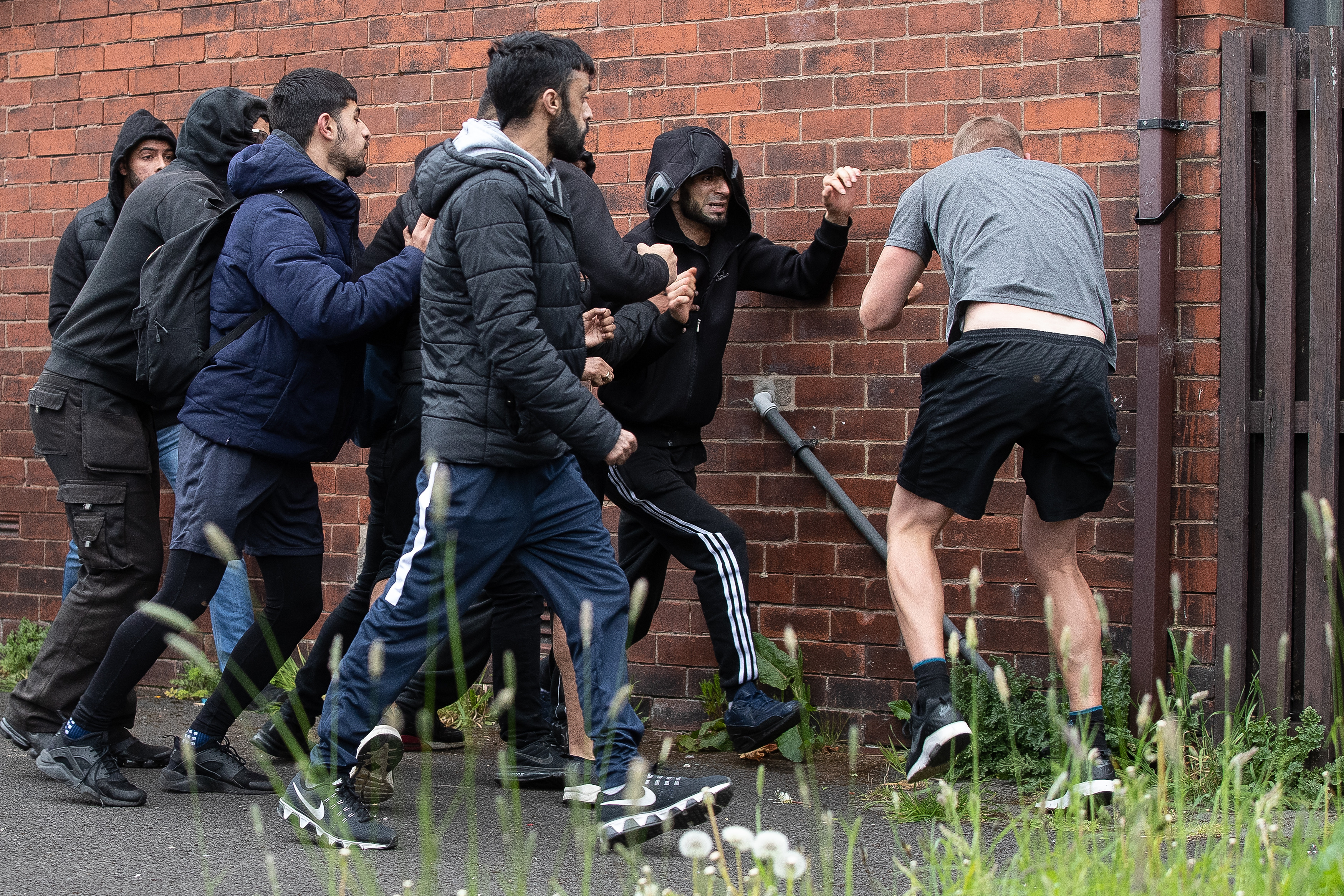 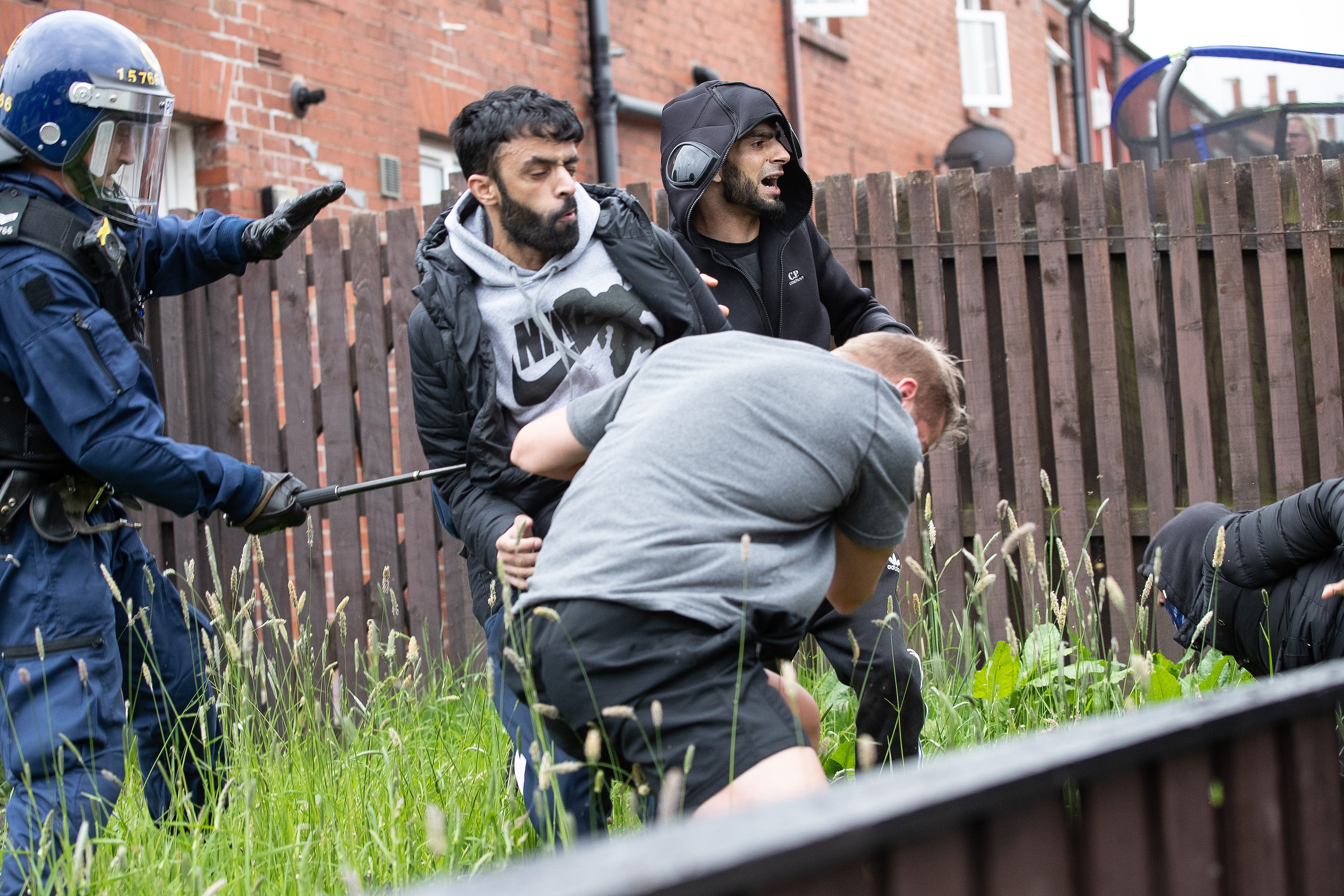 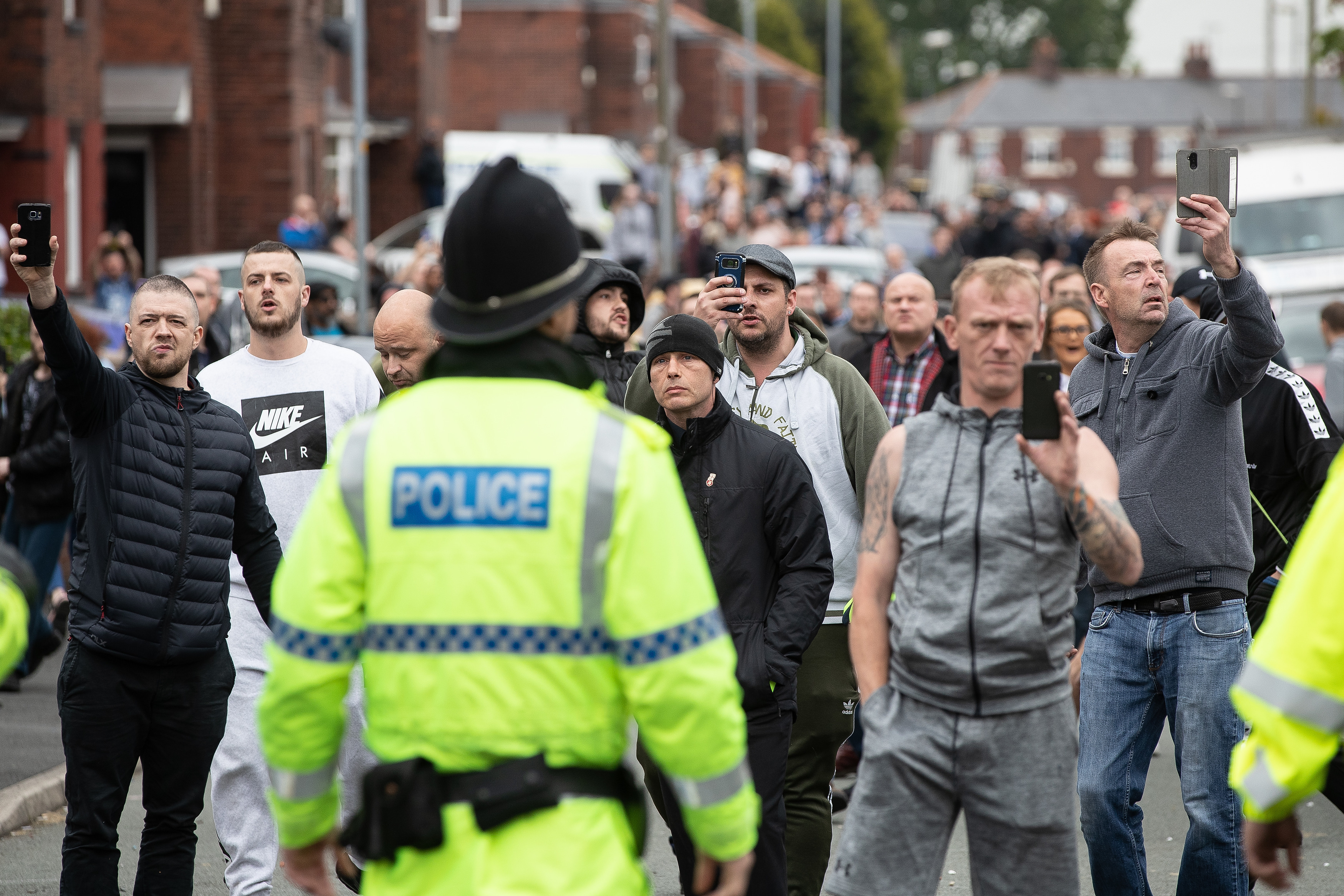 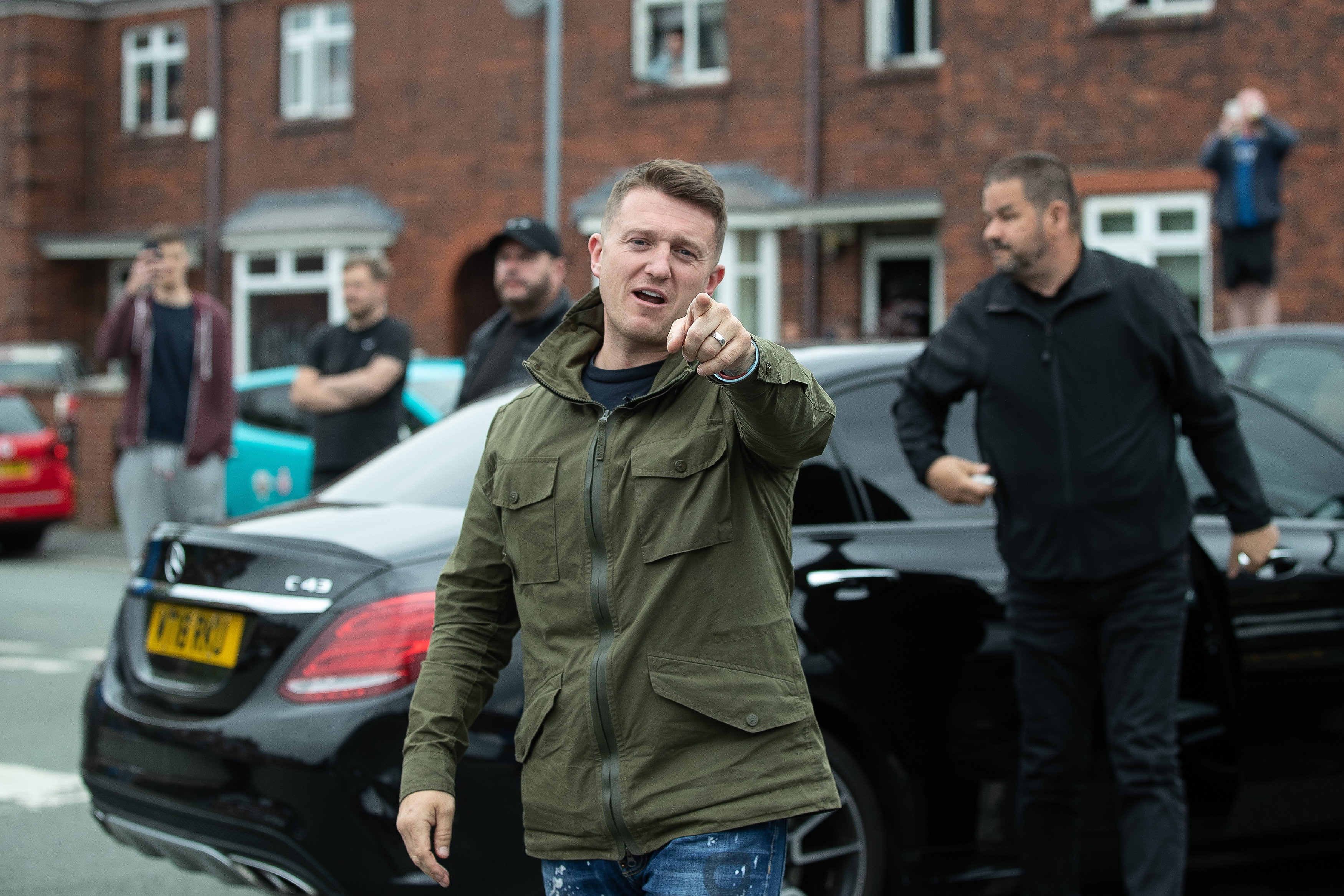 Hundreds gathered to listen to the former English Defence League leader, whose real name is Stephen Yaxley-Lennon, give a speech in the Limeside area.

But footage shows clashes between his supporters and counter-demonstrators chanting “racist scum”.

Police said eggs and bricks were thrown during the disorder and that those responsible, many of who are not thought to be from the town, should expect to be dealt with "robustly".

Cops said no one was seriously injured was earlier reports that someone had been stabbed had been verified as false.

Chief Superintendent Neil Evans said: "Everyone has the right to free speech and we will always do our best to facilitate this so people can exercise this right in a safe environment.

"This evening, people took advantage of this and turned to violence, throwing objects including eggs and bricks. We understand that many of those involved were not from Oldham.

"Whoever is responsible, this behaviour will not be tolerated by GMP, our partners or the people of Oldham.

"Police officers responded quickly to the disorder and dispersed those involved. Fortunately, no-one was seriously hurt and damage was only caused to vehicles.

"Now the incident has come to a close and people in the area have dispersed, our attention turns to the investigation into the circumstances that surround it.

"Those involved can expect to be arrested and dealt with robustly."

Robinson was due to make an appearance in Limeside as he campaigns for the European elections, in which he is standing as a candidate for the North West.

Voting in the election takes place on Thursday, while counting starts on Sunday May 26.

Jim McMahon, Labour MP for Oldham West and Royton, tweeted about seeing the town used for "hate and division".

The shadow local government minister wrote: "It's horrible to see our town being used for hate and division when our own future is a shared one, long after the circus has left town."

The fresh violence comes two weeks after Robinson was attacked with milkshakes TWICE in two days while campaigning to be an MEP.

The EDL founder was drenched by furious protesters in Bury and Warrington. 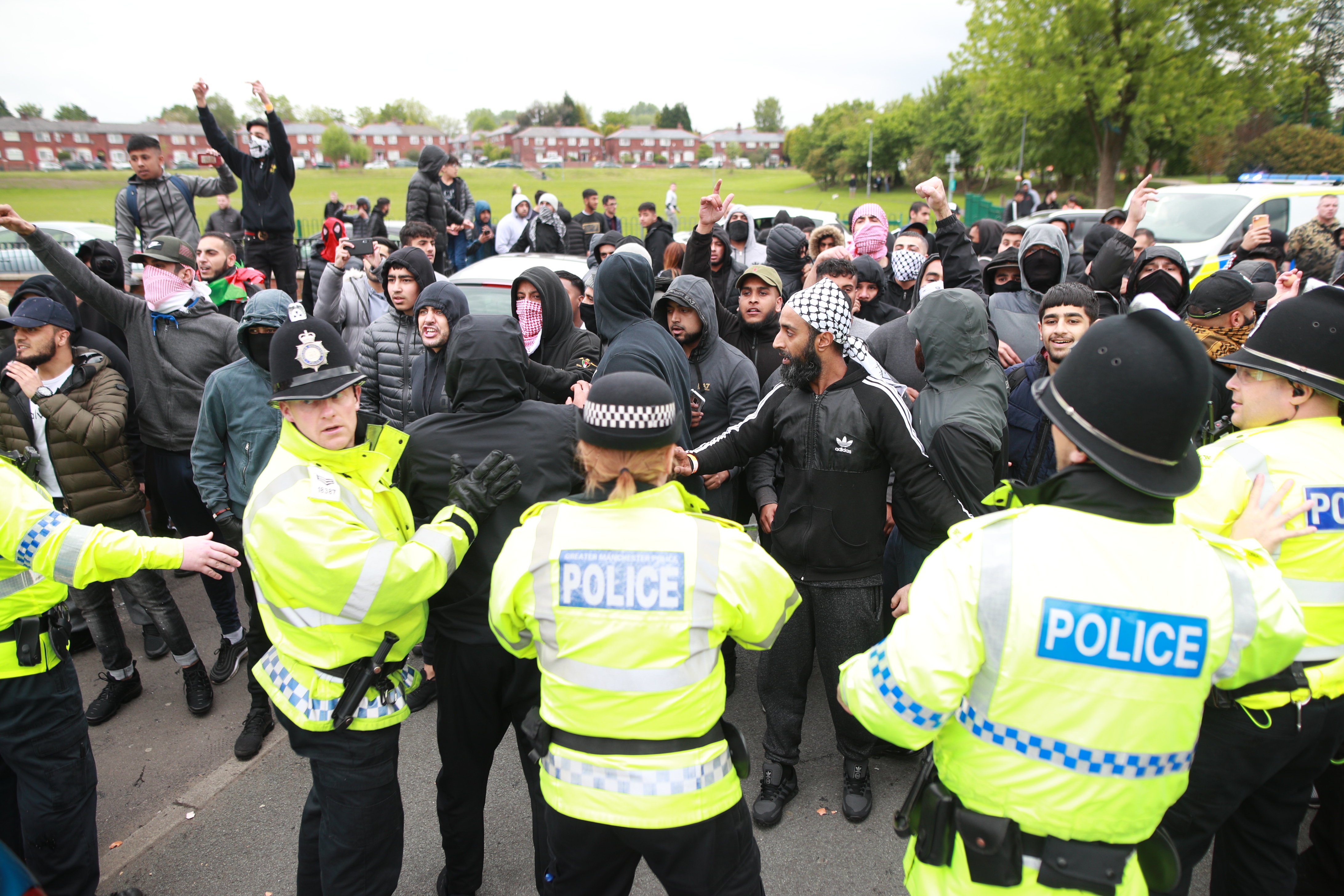 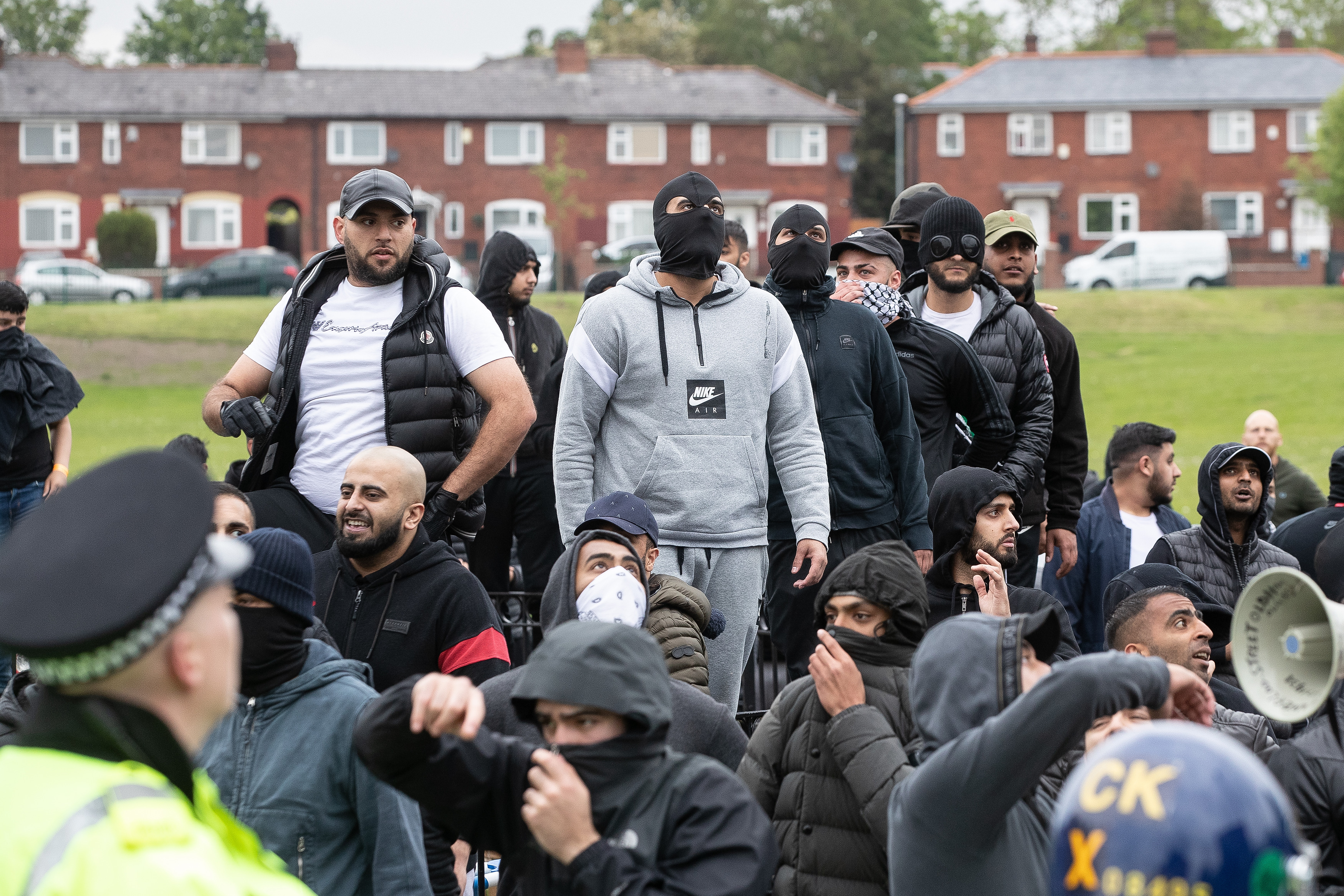 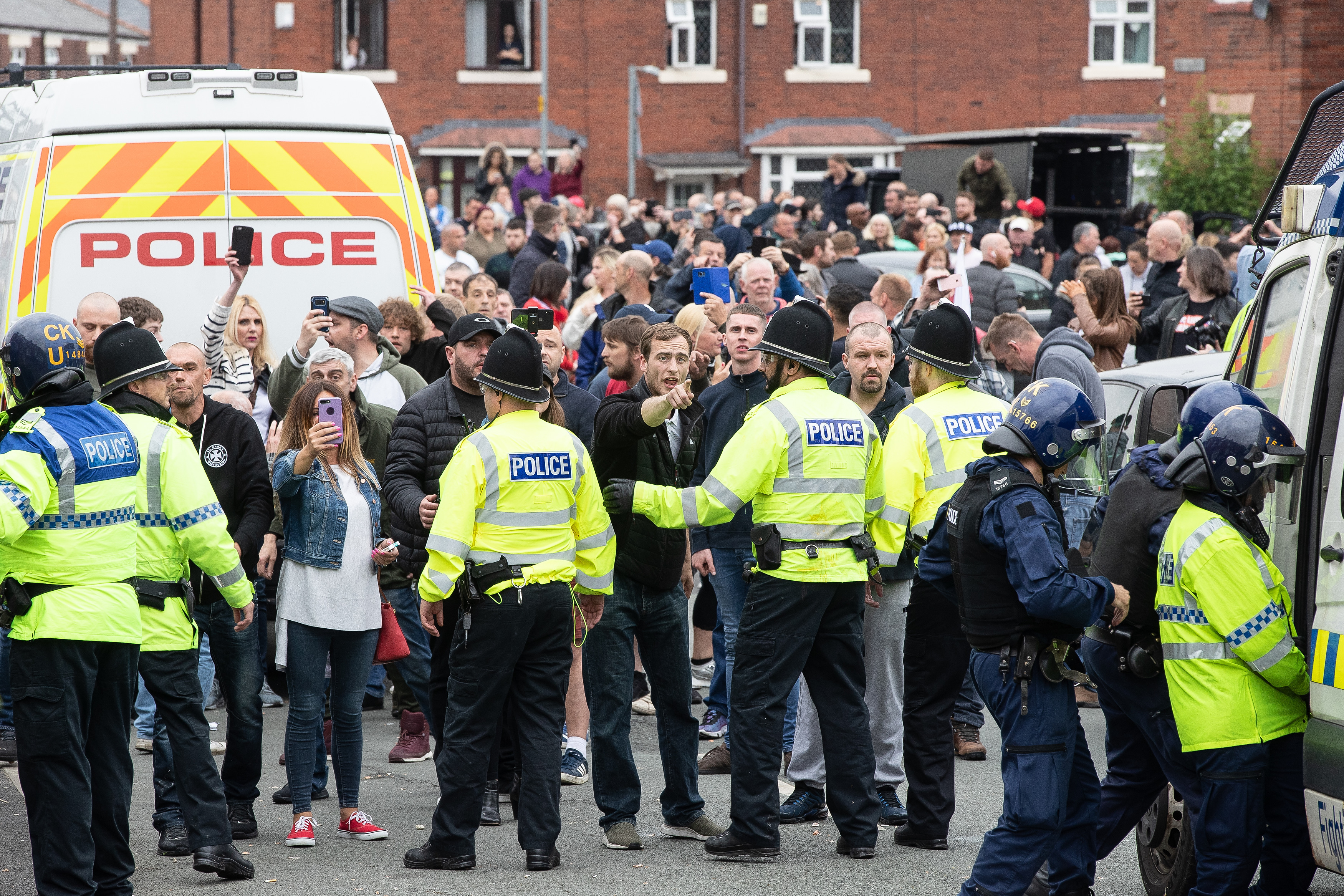 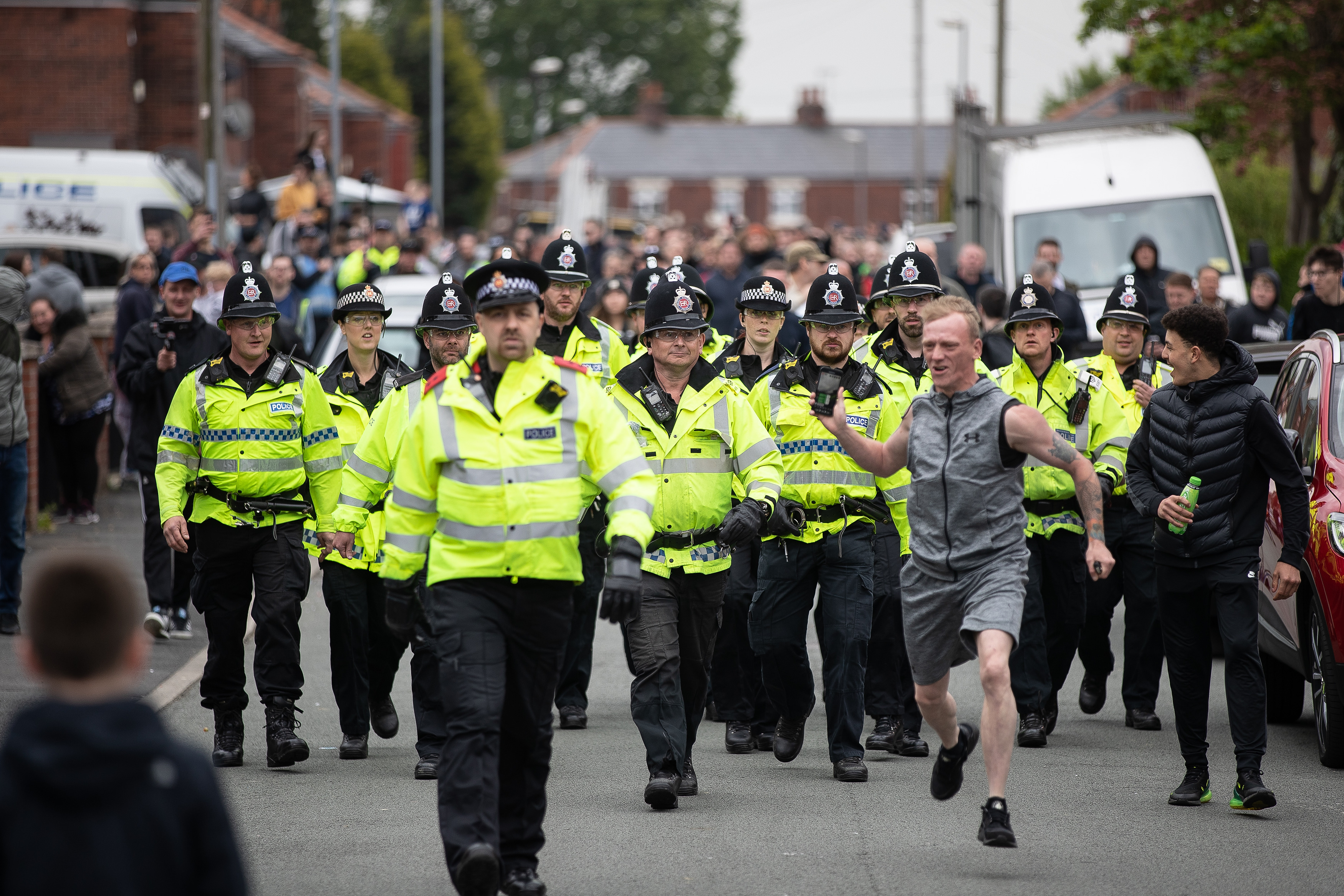