Tom Brady has his New Year's resolution ready for when the clock strikes midnight on Friday.

The Tampa Bay Buccaneers quarterback drew inspiration from an unlikely source for his intents, which he was asked about on his weekly "Let's Go!" podcast with Jim Gray.

Gray brought up the topic by noting the answer by Brady's former coach, the New England Patriots' Bill Belichick, that swept through social media. Following the Patriots' 33-21 loss to the Buffalo Bills on Sunday, Belichick was asked by a reporter if he had any New Year's resolutions to share with fans.

"Yeah, no, not right now," Belichick answered in a tame response for the publicly grumpy coach. "Maybe next week."

Gray and Brady had a good laugh about it over the replay before the seven-time Super Bowl winner gave his own answer.

"I want to be as brave and courageous as she was asking that question to coach Belichick after a loss. That's what I want for the new year," Brady said. 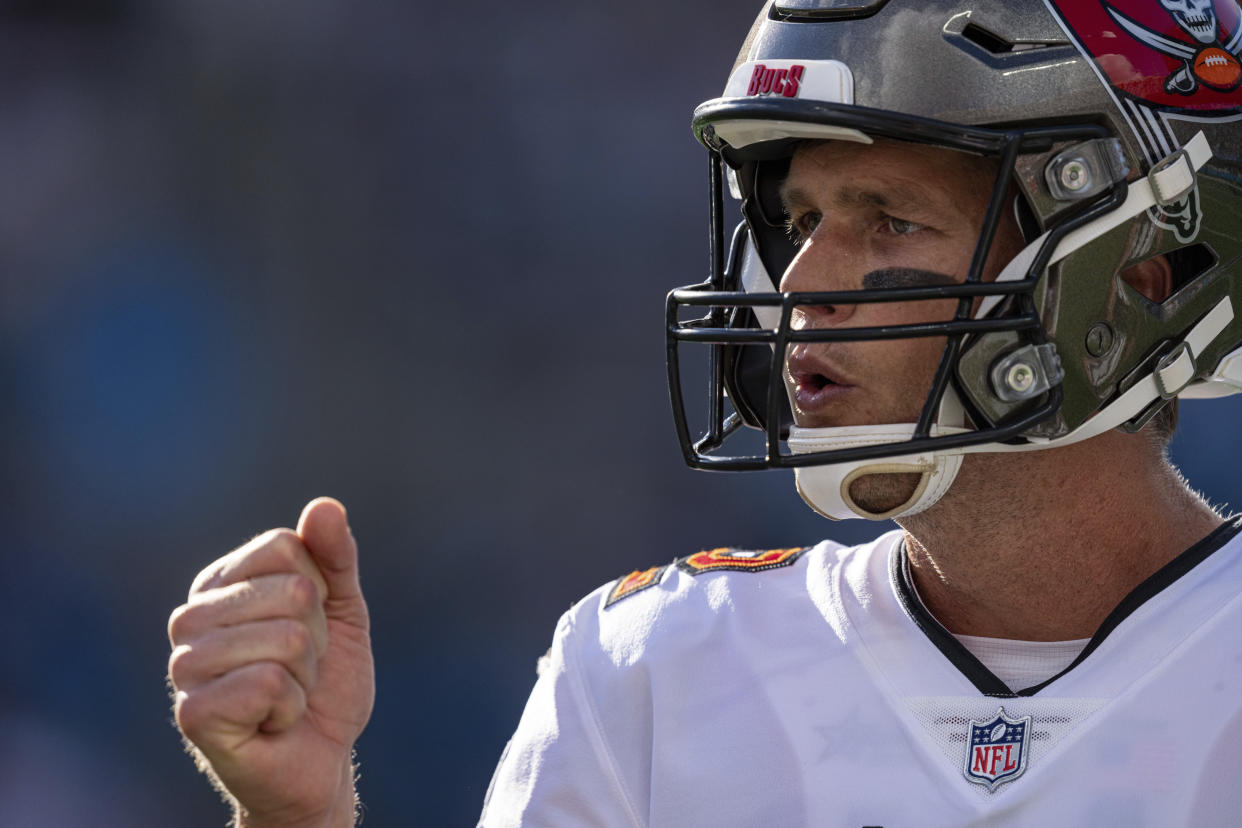 Brady's response is particularly fascinating since he knows full-well what Belichick is like immediately after losing. They spent 20 years together in New England, winning six Super Bowls with the Patriots going 237-83 in the regular season in that span. For Brady to say it takes someone brave and courageous to ask such as question is saying a lot.

The reporter's question widely spread largely because of who she was asking and when the question was asked. Had it been after a win, or had a different coach simply given a football-related answer, it likely wouldn't have taken off. Reporters are always looking for new angles and interesting stories, both of which are also heightened at holiday time.

And access to players and coaches has been limited since the start of the COVID-19 pandemic. A quiet side question in the locker room is now blasted and recorded for all the world to hear.

In the end, what Patriots fan wouldn't want to hear their iconic coach's resolution for 2022 after another rough year?