Three thugs who took turns punching and kicking a London tube passenger before attacking his girlfriend as she tried to intervene have been jailed.

The attack took place after Mr Vartsakis reacted to being slapped on the head by Cessford while he waited with his girlfriend at the platform.

Mr Vartsakis was then hit with a bottle, held by the collar of his t-shirt and repeatedly punched and kicked by the ‘drunk’ group.

The victim, who suffered fractures to his cheekbone and the side of his head during the attack, blacked out at one stage as his glasses were kicked off his face.

As Mr Vartsakis’ partner tried to intervene by trying to pull them men away, she was punched in the face.

Now Isaacs, Cessford and Singleton have been jailed for a total of five years and four months following their sentencing at Inner London Crown Court. 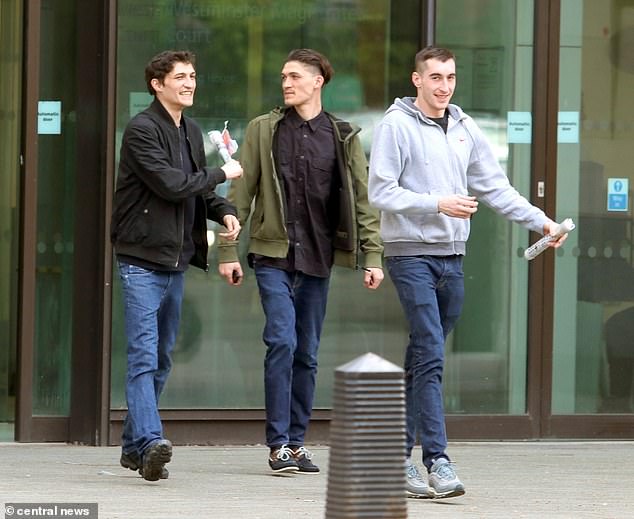 Singleton’s twin brother Jamie Singleton, who was also involved in the attack, but had to leave the court due to feeling ‘nauseous’, is due to be sentenced later this week.

The court was told how Cessford slapped Mr Vartsakis on the head as he walked passed him while they were on the platform.

‘He didn’t like it and he stood up,’ Judge Ian Darling said.

The court heard Cessford then attacked Mr Vartsakis with a glass bottle before the rest of the group joined in.

Judge Darling said: ‘You three along with a group of three of four others were on the Liverpool Street station platform when you all took part in a vicious assault on a wholly innocent man.

‘He was stood waiting for a train as you walked past and Darren Cessford slapped him on the head. He didn’t like it and he stood up.

‘What followed was a violent attack initiated by you Darren Cessford and then joined by you Lee Singleton and you Joseph Isaacs.

‘It was caught on video footage which I have seen. You were all clearly drunk at the time.’

The judge said that although Cessford was the leader, the others were not subordinate.

‘The attack began by you Darren Cessford attacking him with a glass bottle. You two other defendants joined in in punching and kicking.

‘Fortunately he did not fall in the direction of the tracks.

‘You all attempted to flee the scene.

‘Mr Vartsakis suffered serious injury as a result of this attack he had to have metal plates put in.

‘This was a lasting incident for him. The harm caused was serious harm.’

Mr Vartsakis suffered severe fractures to his left cheekbone and upper left side of his head which required metal screws to fix, the court heard. 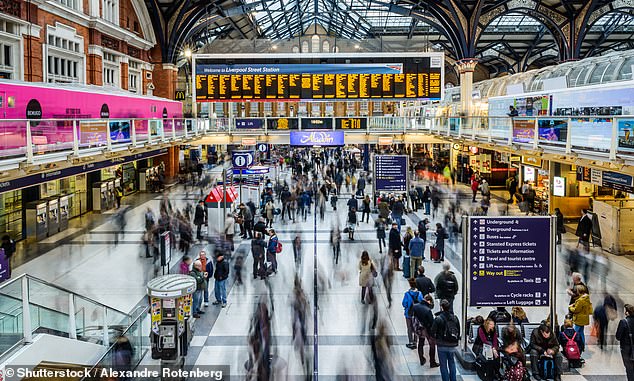 He said: ‘I had sharp pains in my left cheek and the upper left side of my head would swell three to four times a month.’

Mr Vartsakis has never fully recovered from the vicious attack and has been left feeling ‘extremely anxious’ when in public places and has been going to therapy ever since.

The men stood together in court before Jamie Singleton was taken out of the room after CCTV footage was played and he reported he was feeling nauseous.

Turning to the three remaining men, Judge Ian Darling told them he would be passing their sentence and would deal with Singleton later.

He was sentenced to 31 months imprisonment.

Isaacs, of Yarmouth Road, Stevenage, Hertfordshire, admitted the same charges and was sent to jail for 18 months.

Jamie Singleton, of Halesworth Road, Romford, admitted the same charges and will return to Inner London Crown Court for sentence on 15 October.