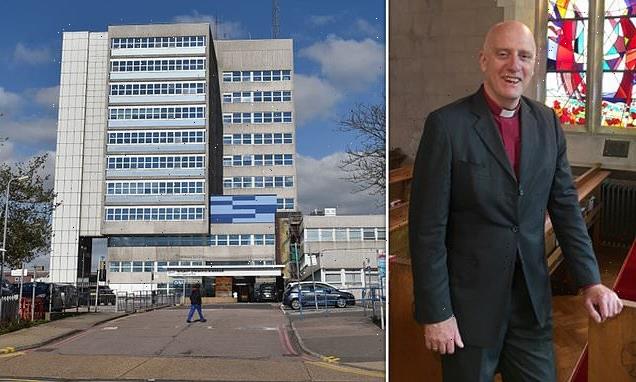 A speech and language therapist has been suspended after he told a colleague treating a suicidal patient suffering from Multiple Sclerosis to ‘just give her the pills’.

Reverend Eric Foggitt made numerous ‘weird’ and ‘inappropriate’ comments to his colleagues and would assign them ‘sexual subtypes’ using a bizarre system called the Enneagram of Personality.

A misconduct hearing was told he was a ‘dominating individual who micromanaged his team and would say shocking things to keep his staff off-guard or to provoke a reaction’.

Mr Foggitt had an ‘obsession’ with the personality diagram, and would use it to stereotype his staff in order to ‘manipulate’ them.

The married father of three has now been suspended for a year after his colleagues at Southend University Hospital NHS Foundation Trust made complaints about his strange behaviour. 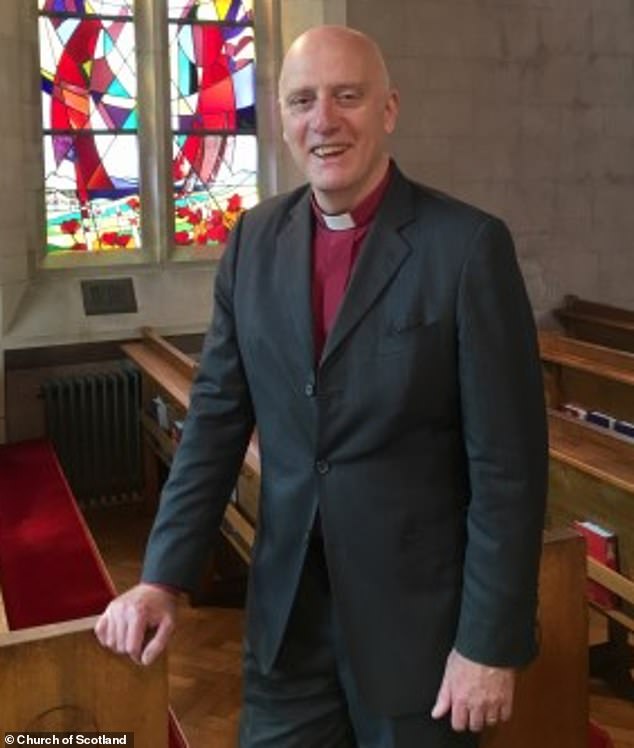 Reverend Eric Foggitt, a speech and language therapist who worked at Southend University Hospital NHS Foundation Trust, has been suspended after he told a colleague treating a suicidal patient suffering from Multiple Sclerosis to ‘just give her the pills’

Mr Foggitt has published books about the Enneagram of Personality and describes himself as a teacher and therapist who ‘works with individuals, groups and churches to promote spiritual insight and development, using the wisdom of the Bible and the Enneagram’.

Born in Paris to a British father and French mother, he has lived in Edinburgh and Amsterdam and is the minister at St. Andrew’s Church of Scotland, a Presbyterian church in Brussels, Belgium.

The misconduct committee heard he worked for the trust between November 2012 and January 2019 as a Band 8 Team Manager of the speech and language therapy team.

‘Colleague 2’, who made the complaint, said they were discussing a patient who was suicidal and suffering from Multiple Sclerosis, when he said ‘just give her the pills’.

She told the committee they were discussing MS being a ‘horrible disease’ and Mr Foggitt ‘did not say it in a malevolent way but rather in a compassionate way’ as MS was a degenerative disease whereby the person afflicted often develops depression and anxiety.

Colleague 2 also mentioned Mr Foggitt’s ‘prolific use’ of the Enneagram of Personality, a system of classifying personality types based on a nine-pointed star-like figure within a circle.

In this, each of the nine points represents a personality type and its psychological motivations – such as the need to be right or helpful – which are said to influence a person’s emotions, attitudes and behaviour.

She said Mr Foggitt telephoned her and encouraged her to research the Enneagram of Personality, saying he wanted to introduce it in the department and invited her to his flat after a team dinner to discuss her research.

She said she found his invitation ‘odd’ and her nervousness became heightened at the flat because he started asking her personal questions.

The committee heard he told her inappropriate things, that he had been abused as a child and a colleague ‘fancied her’. She said he appeared to be ‘testing her reactions’ to ‘analyse’ them so he could apply the Enneagram of Personality to her.

She said all she wanted to do was make an excuse and leave but did not feel able to because of his seniority to her.

The committee ruled: ‘It was highly irregular and inappropriate for a male Senior Band 8 in his late 50s to invite a newly qualified and young female Band 5 back to his flat alone.

‘Whilst there was no suggestion of any sexual motivation, it put him in a compromising situation and put her at a significant disadvantage.

‘It was a significant breach of trust and the power imbalance meant that Colleague 2 felt compelled to agree to his invitation.

‘The discussion involved highly inappropriate comments, which appeared to be designed to enable the Registrant to pigeonhole Colleague 2 according to the Enneagram of Personality.’

Colleague 2 told the committee the Enneagram of Personality includes the ‘sexual subtype’ personality and Mr Foggitt told her she had this subtype ‘because he had to break off eye contact with her when in a discussion’.

The committee noted: ‘It was clear from her evidence… that [Mr Foggitt] was a dominating individual who micromanaged his team and would say shocking things to keep his staff off-guard or to provoke a reaction.

‘[Other employees’] evidence was consistent and gave a picture of [him] as a senior manager with an obsession with the Enneagram of Personality, and who would use it to stereotype his staff in order to manipulate and micromanage them.’

The committee heard Mr Foggitt also made inappropriate comments to another female colleague who was gay, by showing her a YouTube video of a young girl speaking at a rally against gun violence in America and asking if she thought the girl was gay.

The colleague told the committee this had ‘come out of the blue and that there was no context at all’.

She said she was ‘taken aback’ when he then asked her if she ‘fancied’ the girl in the video. She said he ‘made her so shocked and uncomfortable that she had to walk away’. 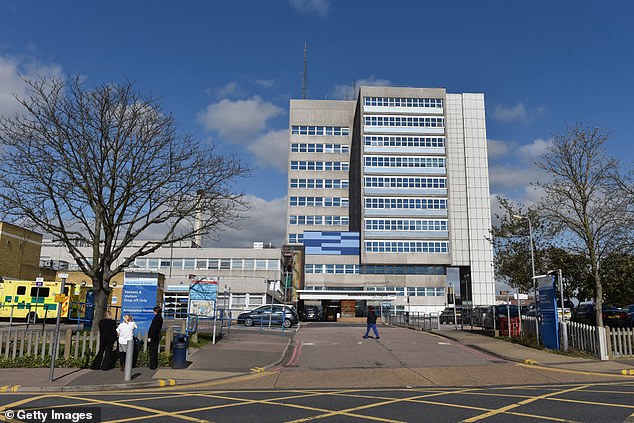 The committee noted this was an example of Mr Foggitt using ‘shock tactics to extract a reaction from his staff and other people’ as a way to ‘control them and predict their actions’.

The same female employee told the committee she was hit twice by a lorry on the M25 while driving home and texted Mr Foggitt the day after to say she was quite shaken up and was not sure she could actually make the drive to work next day.

He replied to say she should try to come in, without asking how she was.

She told the committee she then had to drive her damaged car to the office the next day and that it was a ‘terrifying drive’.

When she arrived at work, Mr Foggitt just said ‘so you survived then’.

The committee ruled he ‘acted without empathy or even with the concern reasonably expected of a competent manager’ but had not breached any professional boundaries with this comment.

Mr Foggitt was suspended for a year by the Health and Care Professions Tribunal Service, after it ruled striking him off would not have been ‘proportionate’.

After the hearing, a Church of Scotland spokesperson told the Edinburgh Evening News: ‘We are shocked and saddened that one of our ministers has been found guilty of misconduct and suspended by the Health and Care Professions Tribunal Service. We have just learned of this matter and will be following up with the presbytery and the minister.’