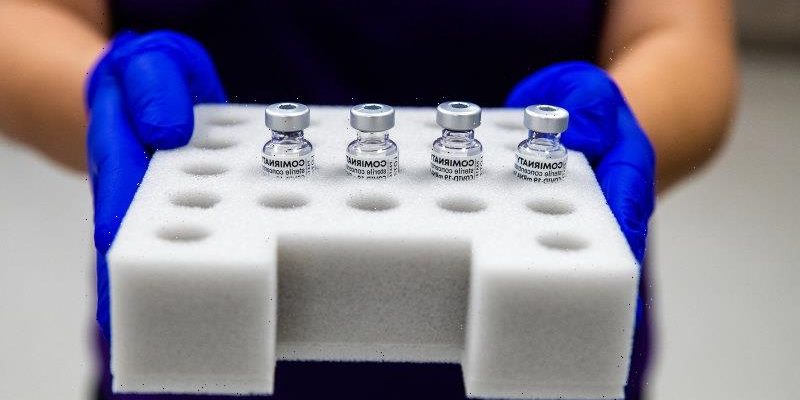 February 21 this year was a day of hope for many Australians. That was the day 84-year-old Sydney woman Jane Malysiak became the first Australian vaccinated against coronavirus.

Scott Morrison was next in line behind Ms Malysiak, declaring the occasion “historic” and offering a V-for-victory sign as he took the jab to encourage Australians it was safe. 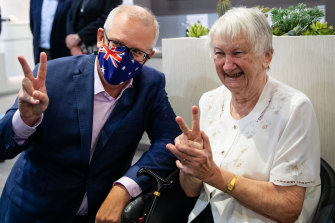 Australians were told that within six weeks, all nursing home residents around the nation, as well as the front-line staff who cared for them, would be vaccinated.

Eight weeks later the vaccination rollout is a shambles.

Tomorrow I will visit a St Kilda nursing home with Labor MP Josh Burns where not one resident or front-line carer has been vaccinated against coronavirus. And this is a fortnight after the so-called Phase 1a was scheduled to have finished.

What a debacle. The residents of St Kilda’s Sacred Heart Nursing Home were told this week they will finally receive their jab – next month.

Meanwhile, their carers who had been told they would be vaccinated in their workplace, have been directed to their general practitioners. But as we know, GPs across the nation are struggling to get supplies of the vaccine.

In January, Mr Morrison said the rollout of vaccines was his key priority for 2021. He is clearly bungling this critical task.

The sooner we vaccinate all Australians, the safer we will all be and the sooner we can reopen our economy and unleash businesses to do what they do best – create jobs.

Mr Morrison has had a year to prepare. As global drug companies began working on vaccines, leaders of other countries put themselves at the front of the queue by signing contracts for supply when vaccines were approved for use.

Australia was too slow. It was not until September that Mr Morrison secured our first contract, the AstraZeneca vaccine, which would be bought from overseas and also produced in Australia under licence through CSL.

Apart from a relatively small contract with drug company Pfizer and a contract for the Novavax vaccine, which has yet to be approved by medical experts, we put all our eggs in the AstraZeneca basket. Since then, the AstraZeneca vaccine has been linked to blood clots and doctors have recommended it not be used for people under 50 years of age.

The chickens are coming home to roost.

At the same time, Mr Morrison’s method of distributing the vaccine – through GPs and pharmacists, has degenerated into farce. Deliveries to doctors are unreliable. Patients turn up for appointments to be told their GP has no vaccine. Nursing homes are going without.

Tempers are fraying, with state governments, including the Liberal-National NSW government, openly critical of the federal government’s performance.

Mr Morrison should have followed world’s best practice and signed multiple contracts to insure our nation against difficulties with individual vaccines.

Finally, this week, Mr Morrison did what he should have done in the first place – he turned to state governments for help. Although the vaccine program is Mr Morrison’s responsibility, we can only hope that states will move quickly to establish mass vaccination sites and get the program on track.
But crucial months have been lost.

The vaccine debacle has been typical of Mr Morrison’s habit of being good at making announcements, but terrible at delivery.

He repeatedly told Australians we were “the front of the queue” for vaccines. This was never true. We are around 90th in the world in terms of the pace of our rollout behind nations including the USA, the UK, Russia, Belarus, Peru, Lebanon, India and Mexico.

Mr Morrison told us there would be 4 million people vaccinated by the end of March. He struggled to reach one-quarter of this target by April.

And in stunning testimony provided to the COVID committee on Tuesday this week, the government confirmed that rather than having all disability care residents vaccinated by now, as had been planned, it has only vaccinated one in 15.

On March 25, Mr Morrison told ABC radio that CSL was producing 900,000 doses of AstraZeneca vaccine per week. CSL said this was not true.

Then of course there was Mr Morrison’s dud COVID App – the enormous cost to taxpayers, the great fanfare, but no delivery.

Day after day, Mr Morrison holds upbeat media conferences assuring us everything is on target. The government needs to get its act together, stop the hubris and arrogance and get on with the job.

Australians just want to know where they will get this vaccination. Given the sacrifices Australians have made to keep each other safe, they deserve nothing less.

Anthony Albanese is the Leader of the Australian Labor Party.