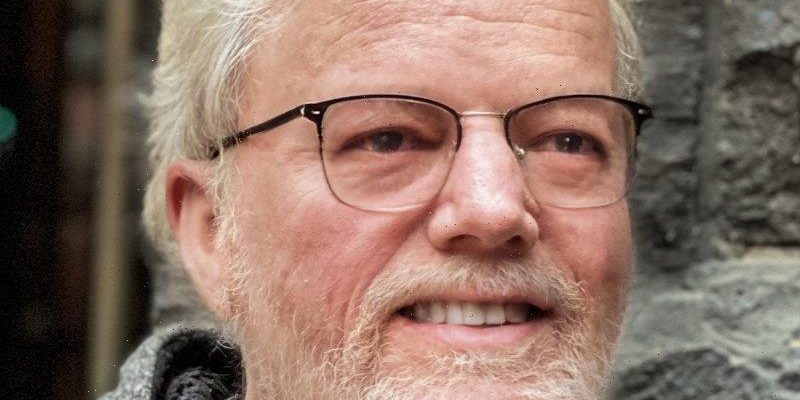 It seems weird to voluntarily go to prison. To leave home, don a uniform and go behind secure walls to a world dominated by despair, danger and depression.

Yet every day thousands of people walk into Victoria’s 15 major prisons in order to earn a living.

Prison officers are assigned to feed, protect and control inmates, many of whom hate their guts. 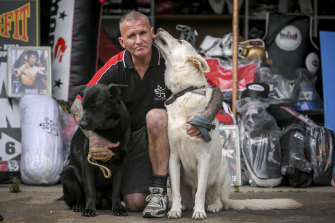 While emergency first responders – military, police, nurses, paramedics and firefighters – can take solace that most of the community appreciate their efforts, prison officers are on their own. Few know or even care what their job entails.

Most days are boring and repetitive. Then there is a flashpoint. Prisons only make the headlines when there is a stuff-up – a riot, an escape or an attack on a notorious inmate.

Counsellor Bruce Perham first walked into one of those prisons more than 12 years ago to conduct critical incident briefings with staff involved with particularly traumatic events.

For prison officers, the pressure comes not from one critical incident but hundreds of episodes, many that go unreported. Inmates that seem benign explode, prison buddies who attack each other, the “happy” crook who slashes himself with a homemade shiv, the sneak attack from nowhere and the snide remark that amounts to a threat. 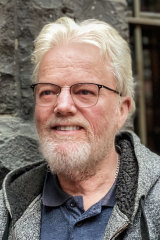 Eventually Perham developed a stress management program for Victoria’s four biggest jails, hearing the stories of more than 450 prison officers. What he heard left him shocked.

“Prison officers are paying an enormous price for the work they do. They are the most hyper-vigilant group you will ever meet.”

Perham held about 50 group sessions with participating officers. Their words are published in his confronting book, Code Blue: Prison Officer in Danger.

I had no idea what I was getting into. I had no idea how depraved prison life could be or the toll it would take on me. It took me five years to get a handle on that. And now I realise I am no good to do anything else. You slide downhill.

Another said he had to stop caring to survive.

The job does burn you out and at times I think I’m done. . . These days I just come to work, dumb down, and count the days to retirement.

Perham says no one outside the system knows the level of violence. “We don’t get to hear their stories.”

There is a high level of risk in this job. The prisoners hate us, and they challenge us every day. We are meant to play a role in their rehabilitation. But you can’t do that if someone hates you. We feed them and keep them alive, that is all we do.

Perham says one of the major problems is many inmates suffer from their own mental demons and shouldn’t be in mainstream prisons.

“They should be in Thomas Embling (secure mental hospital) but there isn’t room.”

The prison population has changed in recent times. We have more and more ice addicted prisoners, and they are a whole new ball game. They are brain-damaged and their behaviour is unpredictable and violent. Even the hardened criminals want nothing to do with them.

They have to break up fights and search for weapons but no matter how vigilant there will be failures – the bashings, suicides and self harm.

Prison is full of inmates who protest their innocence but “Johnny” was one that even the prison officers believed. They thought if he could just make his way through the court process he would be acquitted, and they would never see him again.

It was a winter’s day and Johnny was walking around the prison yard with some other prisoners. He was laughing and joking. It came out later one of the other prisoners had told Johnny he was freezing so Johnny said, “Here, have my jacket. I’ll be fine.”

We found out later he’d given away his jacket and all his canteen items. There were other things that stood out like dog’s balls but we, the officers, missed it. . . . That night he put a belt around his neck and attached it to the bar attached to the top bunk . . . then took a roll off the top bunk and strangled himself. He was a really likeable bloke. . . Myself and the other officers were kicking ourselves that we missed every sign. I wish to God we had noticed these things and maybe saved his life.

Dealing with suicide and self-harm in prison comes with the job.

I could see the hand was half severed and blood was going everywhere. We subdued the prisoner and did our best to stem the blood. They were screaming, “Let me die you f…..g dogs.” But we fought to save them. By the end I was covered in blood and in a bit of shock. My senior barked at me, “Go and get a clean shirt.” 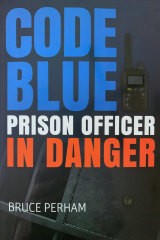 Then there are the ones that couldn’t be saved.

We often do not admit it, but we do feel for prisoners. I became quite connected to a young woman who was in and out of here due to a drug issue. When I would see her back I would have a feeling of sadness for her. She would say to me, “This time I am going to make it when I get out.” And we would talk about what she could do. It was a couple of years ago, she hanged herself after she was released. I was shattered as it was such a waste of a young woman who had so much potential but was never able to realise it.

A report into Victoria’s prisons by the Independent Broad-based Anti-corruption Commission makes grim reading. It found, “Serious corruption risks in the state’s private and publicly managed prisons including excessive use of force; inappropriate strip-searching practices; misuse of information; inappropriate relationships and trafficking of illegal and prohibited goods.”

Many inmates spend their days trying to survive. Others use their time working out how to manipulate staff. Most prison officers want to be liked. If they are constantly putting inmates on report it appears they lack the leadership skills to make the prisoners obey lawful instructions.

Which means some feel pressured to provide favours for inmates in exchange for compliance. Others smuggle contraband because they are corrupt.

How else could a prisoner as notorious as drug dealer Tony Mokbel end up with mobile phones, extra food and access to alcohol? UberEats doesn’t deliver to maximum security.

Former prison officer Paul O’Sullivan says you judge inmates not on their crimes but how they behave in prison. “If you want to be a prison officer, you can’t be a judge.”

That may work inside prison but when the officers take inmates to court they have to sit and hear the truth.

When I don’t know the details of the crime, I can treat the prisoner how I am meant to. When you sit in court and hear what they have done – often in minute detail – it is so much harder to treat them the same way when you see them back in prison. But you know you have to or it will be your job.

Inside prison violence is normalised – inmates mutilate themselves and attack each other, finding ingenious ways to manufacture weapons.

O’Sullivan told this reporter prisoners could turn a tiny piece of wire or a sliver of veneer from a table into a shiv. Jam could be heated in a kettle and thrown at an enemy to stick and burn. “It was like napalm.”

Tinned food in a sock could crush a skull. “It was called being bake-beaned.”

‘In the early days I would race into the hospital to be with him. But now I only do that if he is seriously hurt.’

Soon after becoming a prison officer, O’Sullivan had his throat cut when attacked from behind by a prisoner with a razor blade attached to a toothbrush. The wound required 12 stitches.

The wife of one prison officer explained how violence against staff became depressingly mundane.

The other day, one of his colleagues rang to say Neil had been assaulted by a prisoner and was on his way to hospital. In the early days I would race into the hospital to be with him. But now I only do that if he is seriously hurt. His colleague said, “A few stitches and I suspect a couple of cracked ribs. No need to come in.” I agreed and went on cooking dinner.

Perham wrote his book because he wanted to give prison officers a voice on the outside. Many, he says, suffer from PTSD and their families live with the consequences.

One came home and was soon involved in a tiff with his teenage daughter. He exploded, “Get back in your f…..g cell! . . . I felt such a prick.”

Perham says, “Most join to try and make a difference but don’t know what they are getting into. There is a pain when they lose a prisoner to suicide and a sense of failure.

“They are not meant to say anything. They think no one gives a shit.”

When I first walked in the gate I was really hopeful I would make a difference. Now, twenty-five years later, I know I never made a difference. I walk out the gate tomorrow with a world a much darker place than when I walked in.