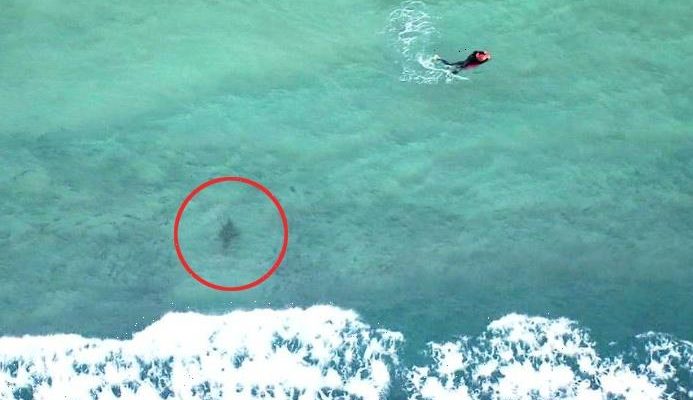 THIS is the terrifying moment surfers at Bondi Beach were stalked by at least five huge sharks as boarders appeared totally oblivious to the lurking predators.

Lifeguards sounded the alarm at the world famous Australian beach shortly after 9am on Friday after being alerted by a news helicopter. 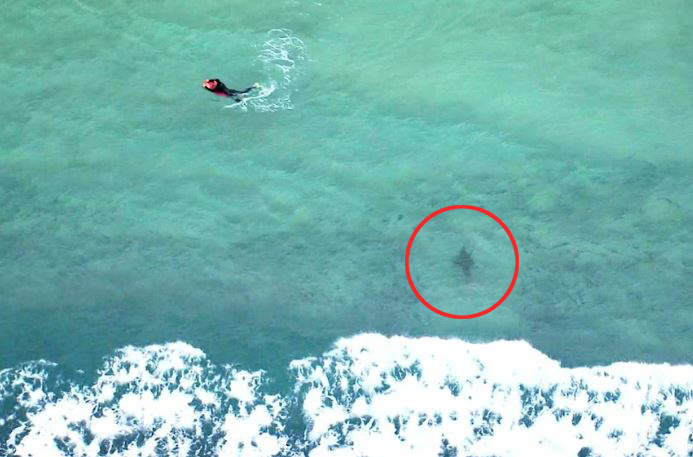 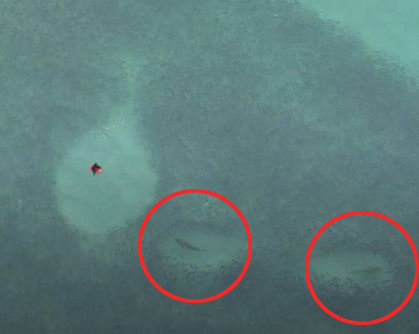 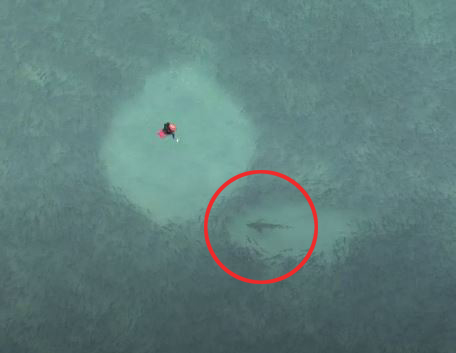 Dramatic footage from the chopper showed the creatures within metres of surfers at the popular Sydney spot, with a larger shark stalking one of the board riders.

The video showed dozens of surfers waiting to catch the next wave as sharks feast on a large school of nearby bait fish.

One person on a red board can be seen calmly paddling directly towards three sharks, before stopping to sit while the sharks loitered perilously close by. 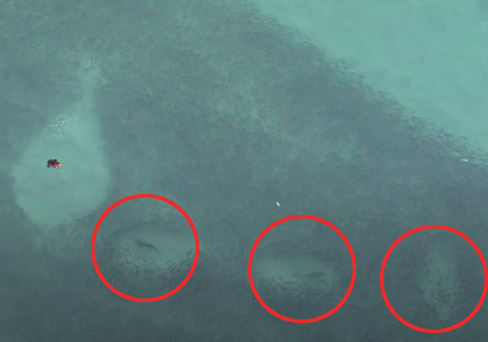 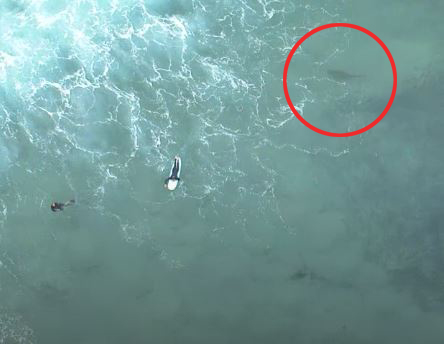 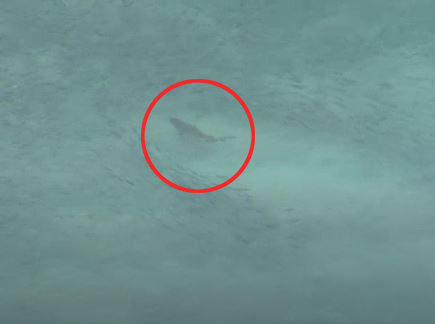 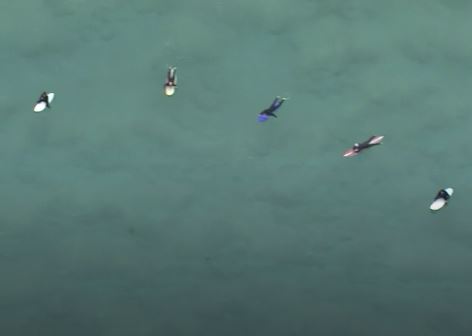 Surf Lifesaving jetskis were used to frighten the predators away and escort swimmers back to shore as the sharks circled, 7News reports.

French-Vietnamese local surfer, Marco Ngoxuan, told The Daily Telegraph: "We were told there was a shark, and the helicopter was above looking for it.

"It was up to us if we wanted to stay in the water or just leave but we heard the alarm, so I think everybody just got the same feeling.

"It's always part of the risk of going out in the water. They have drones and everything now to improve safety, so it's better than nothing."

Some of the surfers weren't deterred by the sharks and stayed in the water.

"It's their place, it's where they live, so it's me taking the risk," one surfer told ABC.

"The lifeguard is there with jet skis so I think it's under control."

The species of the sharks was not immediately known.

It comes just days after a surfer was rushed to hospital after being savaged by a shark at a beach in Crescent Head, 250 miles north of Sydney.

Shocking pictures from the scene show a huge chunk bitten from the victim's surfboard.

Lifeguards said the 20-year-old surfer was mauled at around 4.30pm local time on Monday. 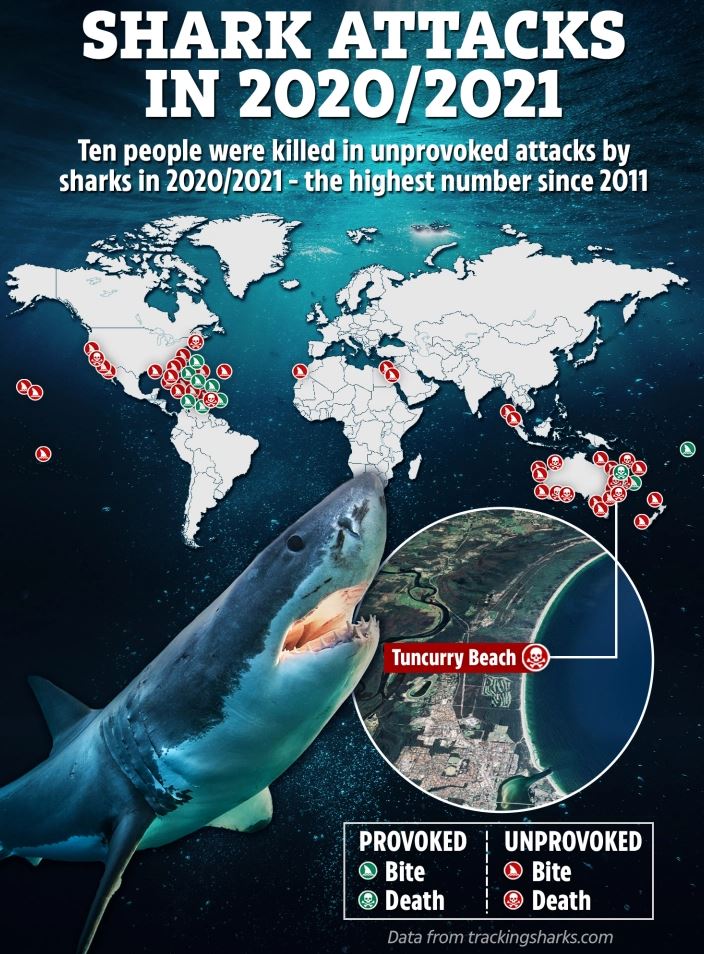 He was treated at the scene for a severe arm injury before being flown to hospital by air ambulance, News.com.au reports.

Crescent Head and Killick beaches – popular spots for water sports – were closed after the attack.

And it comes six weeks after a "hero" dad was killed by a 15ft suspected great white shark while surfing at nearby Tuncurry beach.

Mark Sanguinetti, 59, from Sydney, was mauled on the thigh after trying to warn his three pals of the danger.

A witness said: "The shark came out of the water, just smashed him, five seconds later he came round and hit him again."

Beach-goers hauled Mark out of the water but he could not be saved.

His devastated daughter said: "We all knew him as a legend with a heart as vast and deep as the ocean, which was the first of his many loves."