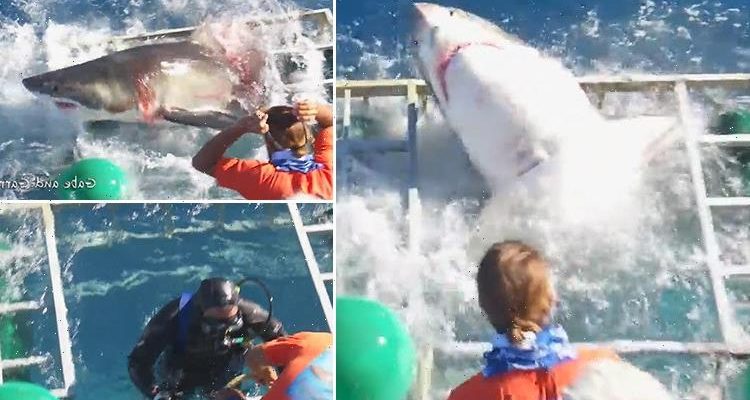 THIS is the terrifying moment a diver managed to escape unscathed from the clutches of a Great White Shark.

Footage captured on camera by a horrified witness, showed the 13ft beast burst through a shark-proof metal cage near Guadalupe Island off the west coast of Mexico. 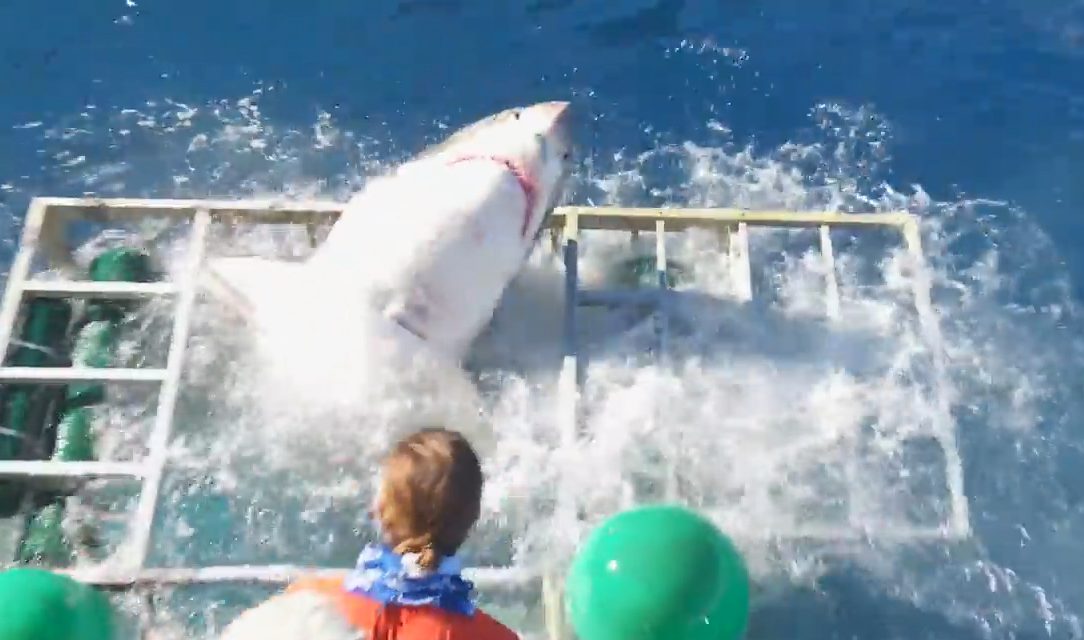 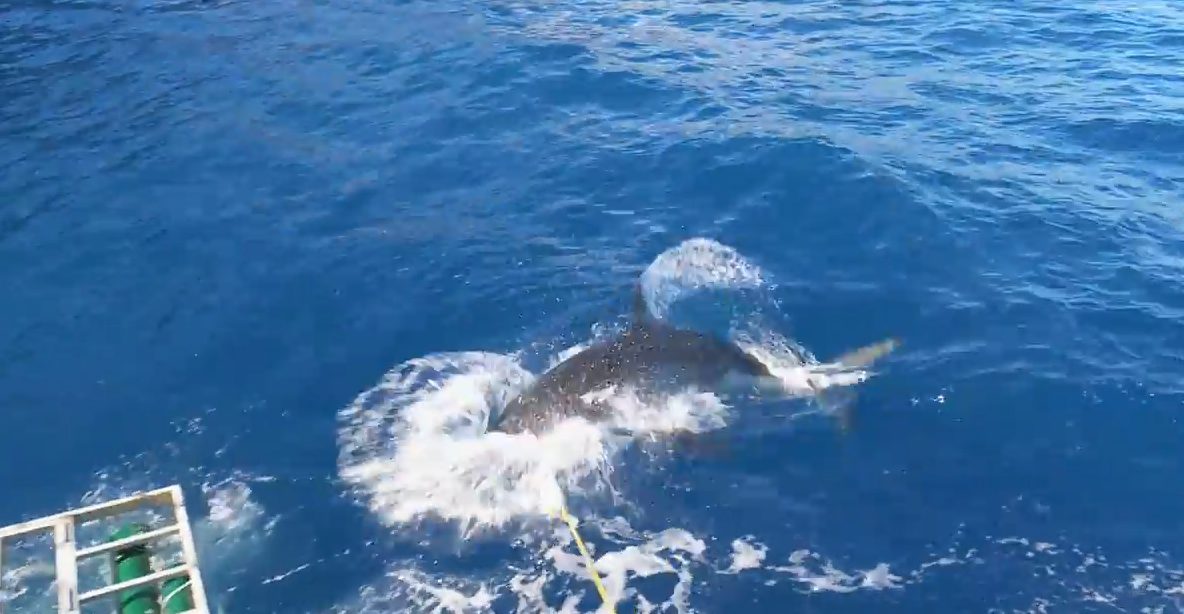 The shark – who already appears to be agitated – is first seen plunging towards a bait dangling overboard.

But things soon turn ugly as it starts smashing through the steel pen – trapping the scared diver inside.

A commentator on YouTube said: "So this shark lunged at the bait, accidentally hit the side of the cage, was most likely confused and not able to swim backwards, it thrust forward and broke the metal rail of the cage."

As the cage begins to froth, it becomes apparent that the creature is inside.

Realising this, a crew member opens the hatch and seconds later the shark emerges and struggles back into the water before swimming off.

In the clip onlookers watch in disbelief and react the only way they can: “Oh my God."

Then someone asks: “Is there anybody in there? Somebody’s in the cage.”

Moments later, the diver scrambles out tapping the top of his head with his hand to signal he's OK as those on the boat cheer. 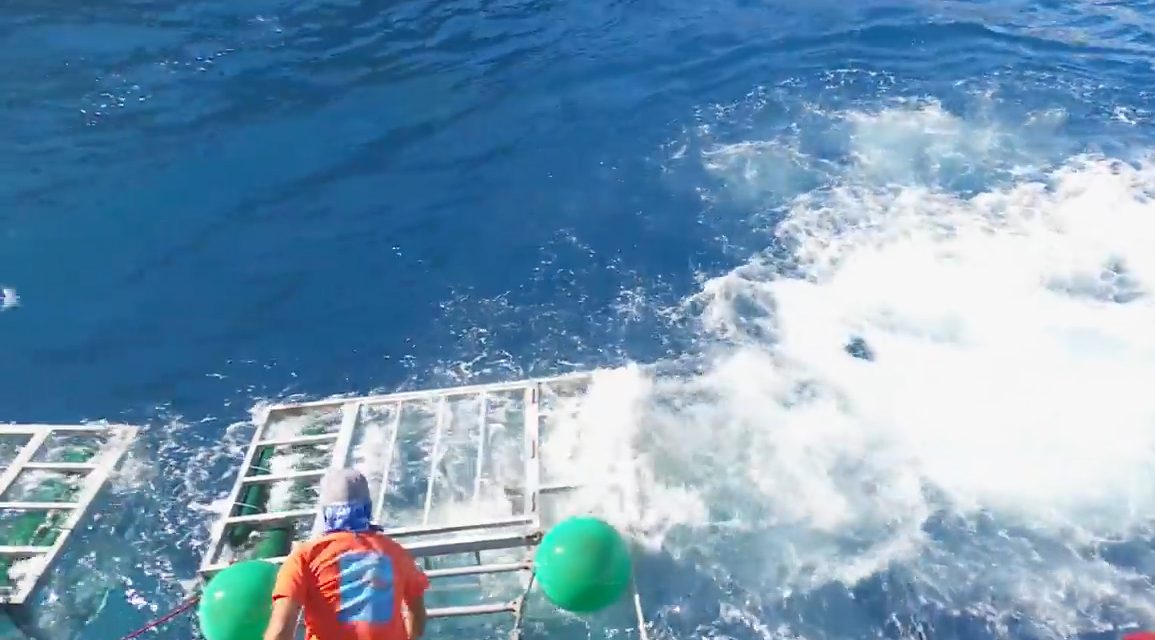 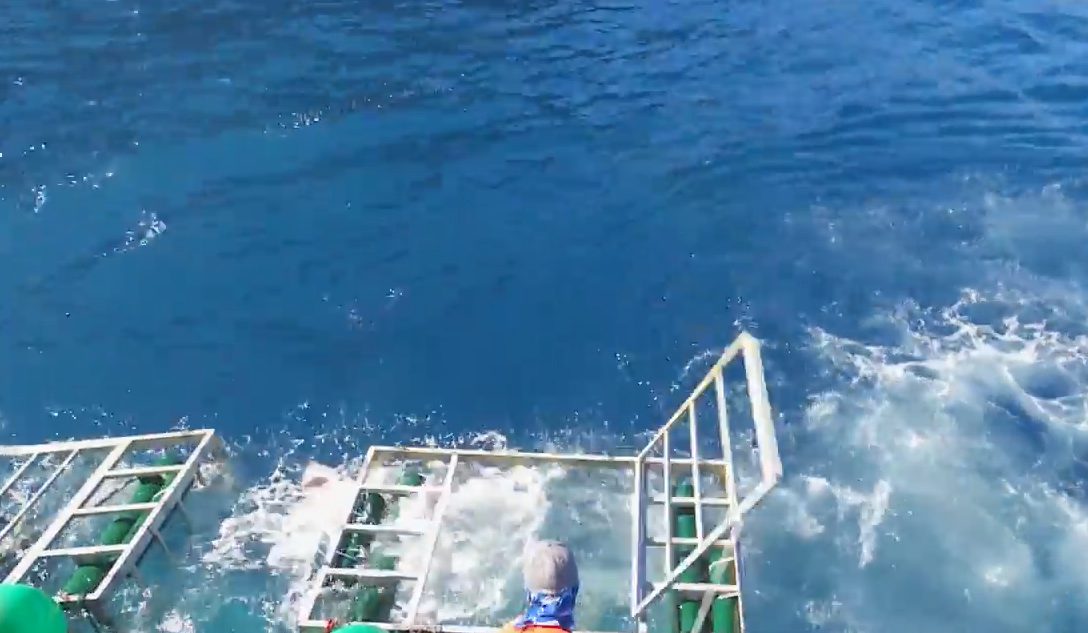 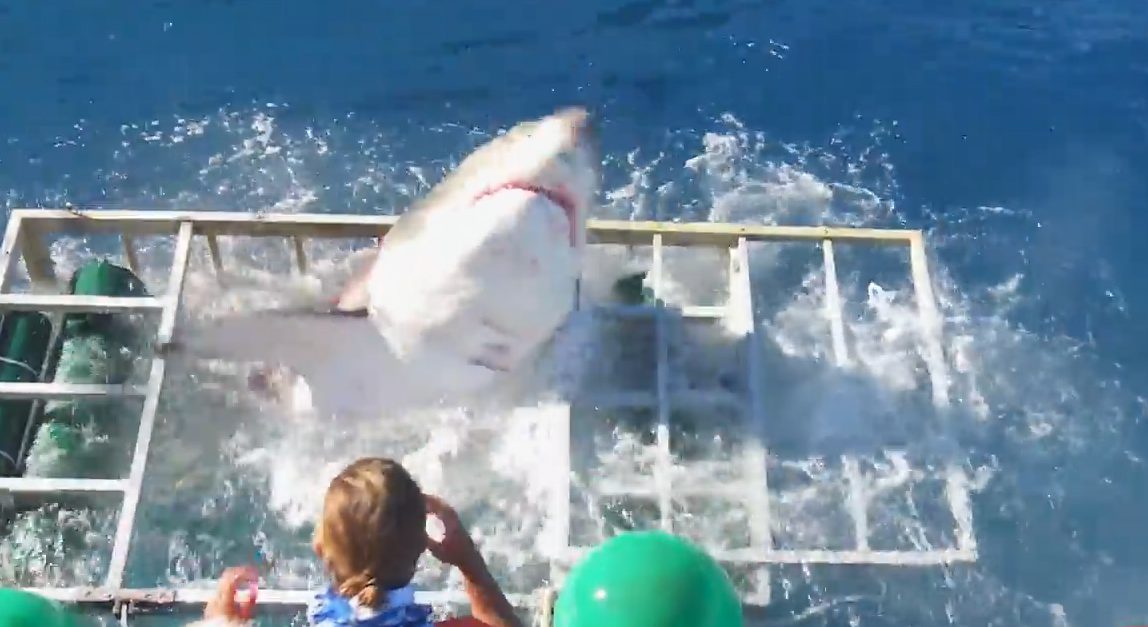 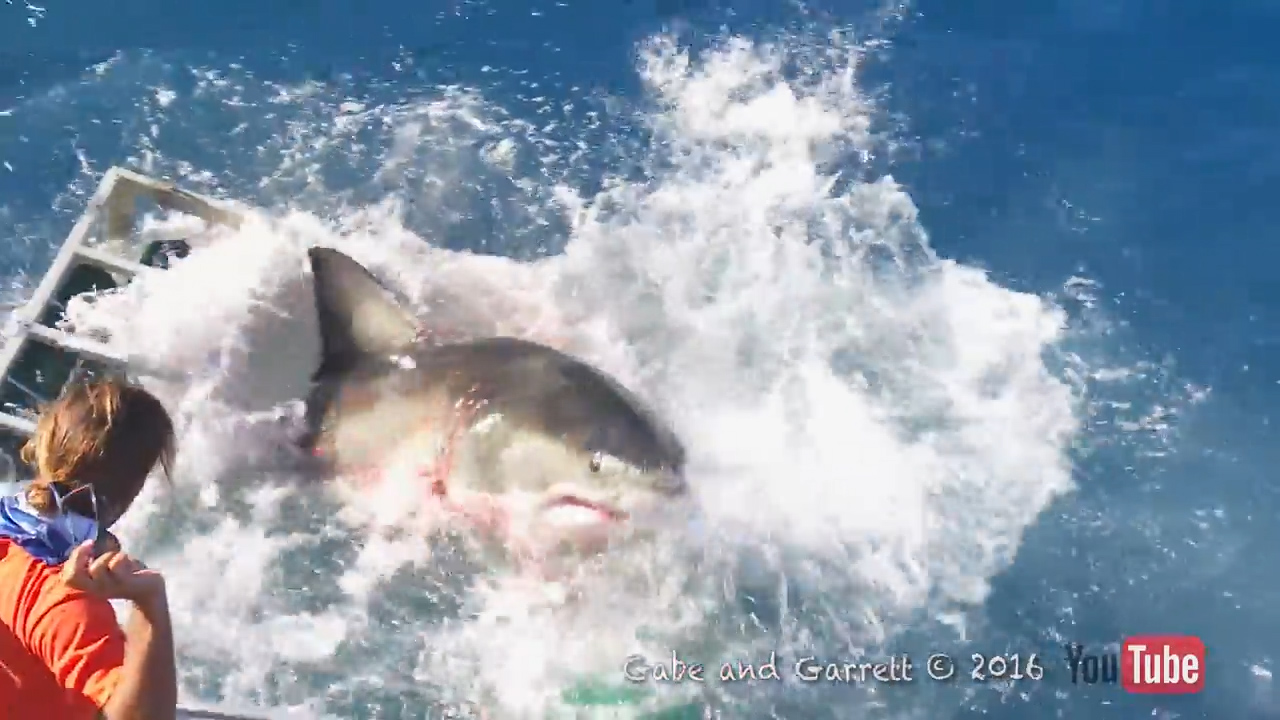 "My heart is going," the shaken diver says, pounding his chest.

The clip was posted by Gabe and Garrett  in 2016 and recently resurfaced online.

A caption with the video says: "The diver is a very experienced dive master, remained calm, and when the shark thrashed back outside the cage, the diver calmly swam back up and climbed out completely uninjured."

It is just one a string of high-profile shark incidents to have have to come to light in the region over the years.

In 2016,  four divers described their escape from death after a huge Great White severed their air supply then jammed its massive body inside their shark cage.

And just earlier this year a Mexican fisherman managed to stroke a 16-foot great white shark before the beast started chomping at the boat's engine. 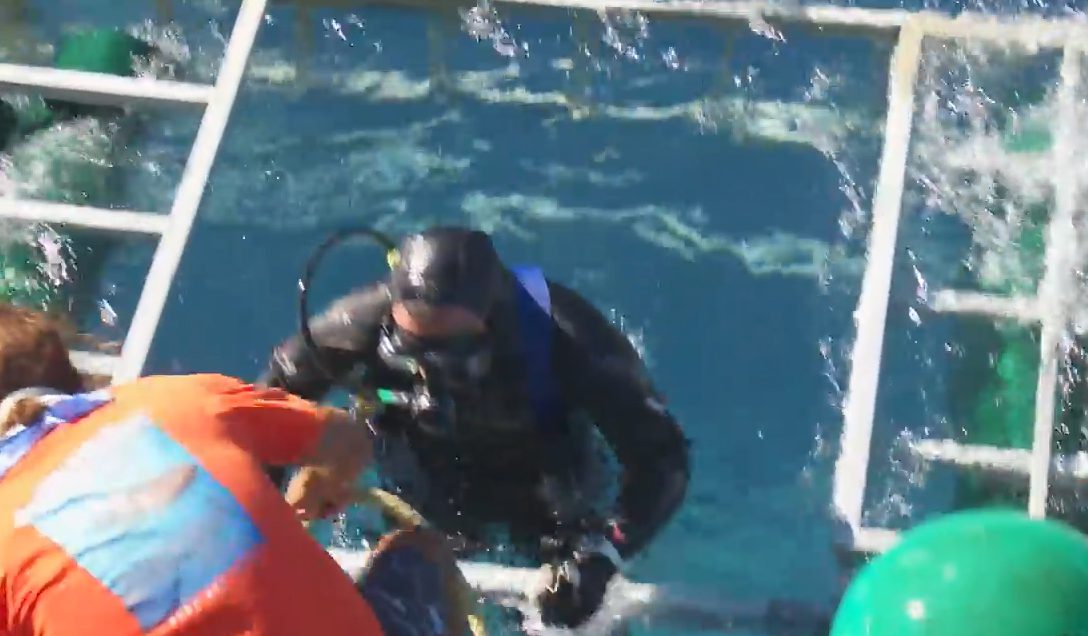