Shocking footage has captured the moment a driver took off from a service station with a petrol pump still attached to their car.

The motorist was hooked up to the fuel nozzle in Bridgewater, north Hobart, when they sped away in a black Mitsubishi Challenger.

Terrifying CCTV video showed how the fuel line began to stretch before snapping back and almost hitting a woman at the Shell petrol station. 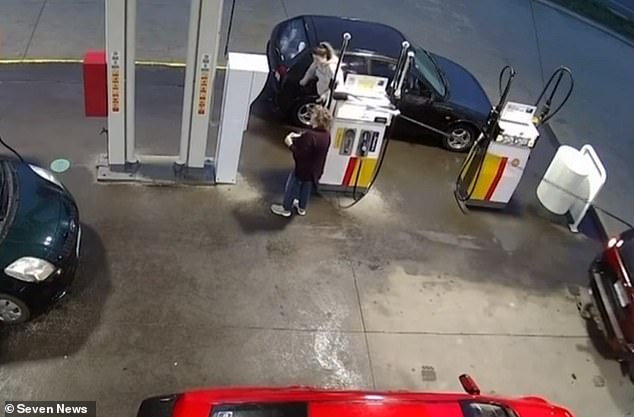 The footage, which was posted online, shows the bowser almost being ripped out of the ground as the motorist leaves, making the line reach breaking point and snap back.

Two women filling up their cars on either side of the petrol pump instinctively jumped away from the hose.

Another woman was attempting to pay at a self-service station just behind the petrol pump and the flying nozzle narrowly missed her head.

The woman ducked and sprang out of the way as the hose grazed her left arm while shocked bystanders looked on.

The Shell petrol station, owned by Tas Petroleum, is trying to track down the driver and the female customer in the hopes of offering her free petrol.

‘We are sorry for your unfortunate bad experience on our site, and would like to give you some free fuel,’ a statement read. 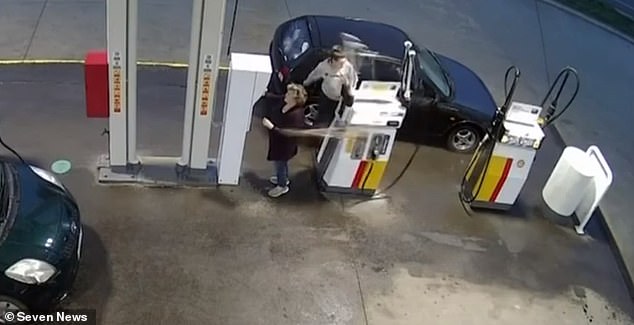