TOURISTS had been airlifted to safety and rescued by boat after popular Brit resorts near Marmaris as wildfires ravage the Turkish coast killing sex.

Horrific photos show the inferno and videos reveal boats and helicopters rescuing people from beaches in the frantic scenes as flames raged across the hillside. 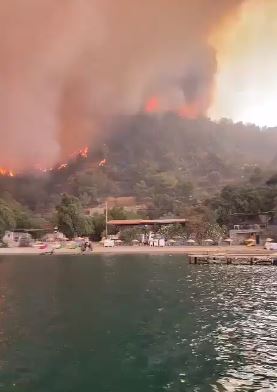 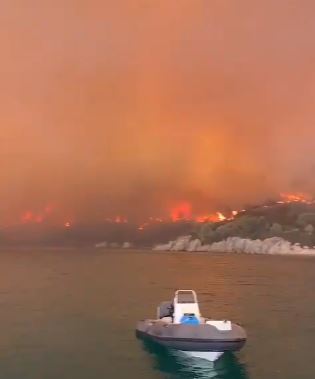 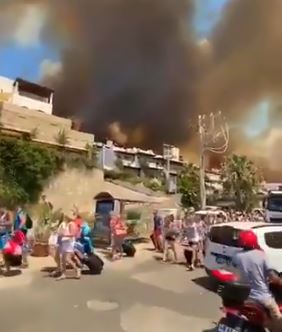 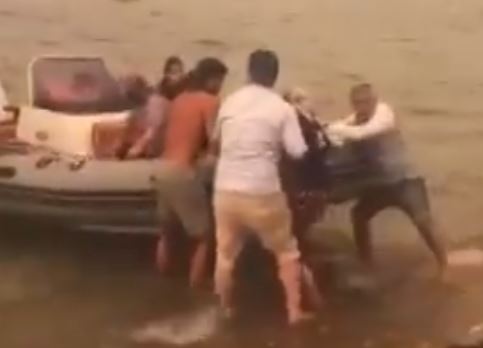 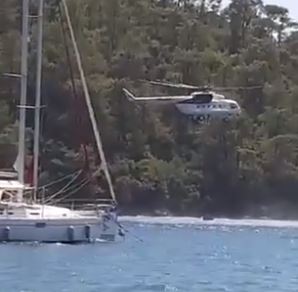 The infernos come after a severe heatwave has blasted southern Europe – with temperatures rising above 40C.

Wildfires have also broken out in nearby Greece and Italy, but Turkey has been hit hard with nearly 235,000 acres burned.

More than 330 people have received medical treatment as the flames were worsened by strong winds.

Roads have also been cut off by flames as residents have had to be either airlifted to safety or picked up by boat from the beaches.

Videos show helicopters appearing to collect evacuees as smoke billowed over the hills near Marmaris.

Other clips showed almost unbelievable scenes as people standing on the coast were left hemmed in by wildfires as they moved to flee.

Incredible photos have show fires in the hills around popular tourist resorts as the infernos threat even more devastation.

And another video showed residents waiting on a beach, the skies orange and full of smoke, as they were loaded onto waiting inflatable ribs to escape the flames.

While yesterday a heart stopping clip emerged showing a group of friends in a car being hemmed in by flames as they desperately tried to escape.

Three five star hotels in the city of Bodrum were evacuated by the Turkish Coastguard – along with help from private boats and yachts.

Dozens of villages were also evacuated as the fires entered their fifth day.

Investigators are trying to establish whether some of the fires were started deliberately – with reports of at least one arrest on suspicion of arson. 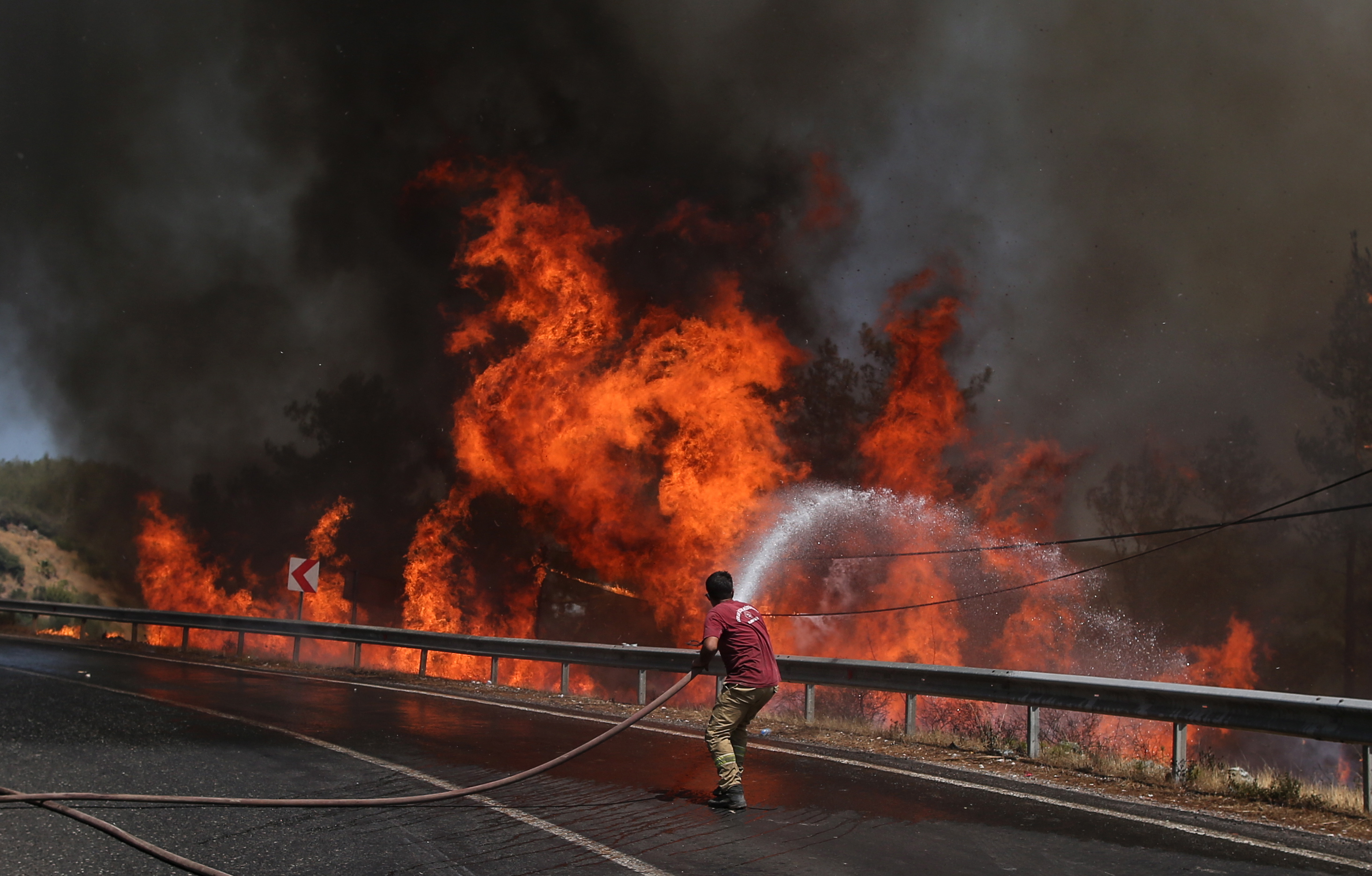 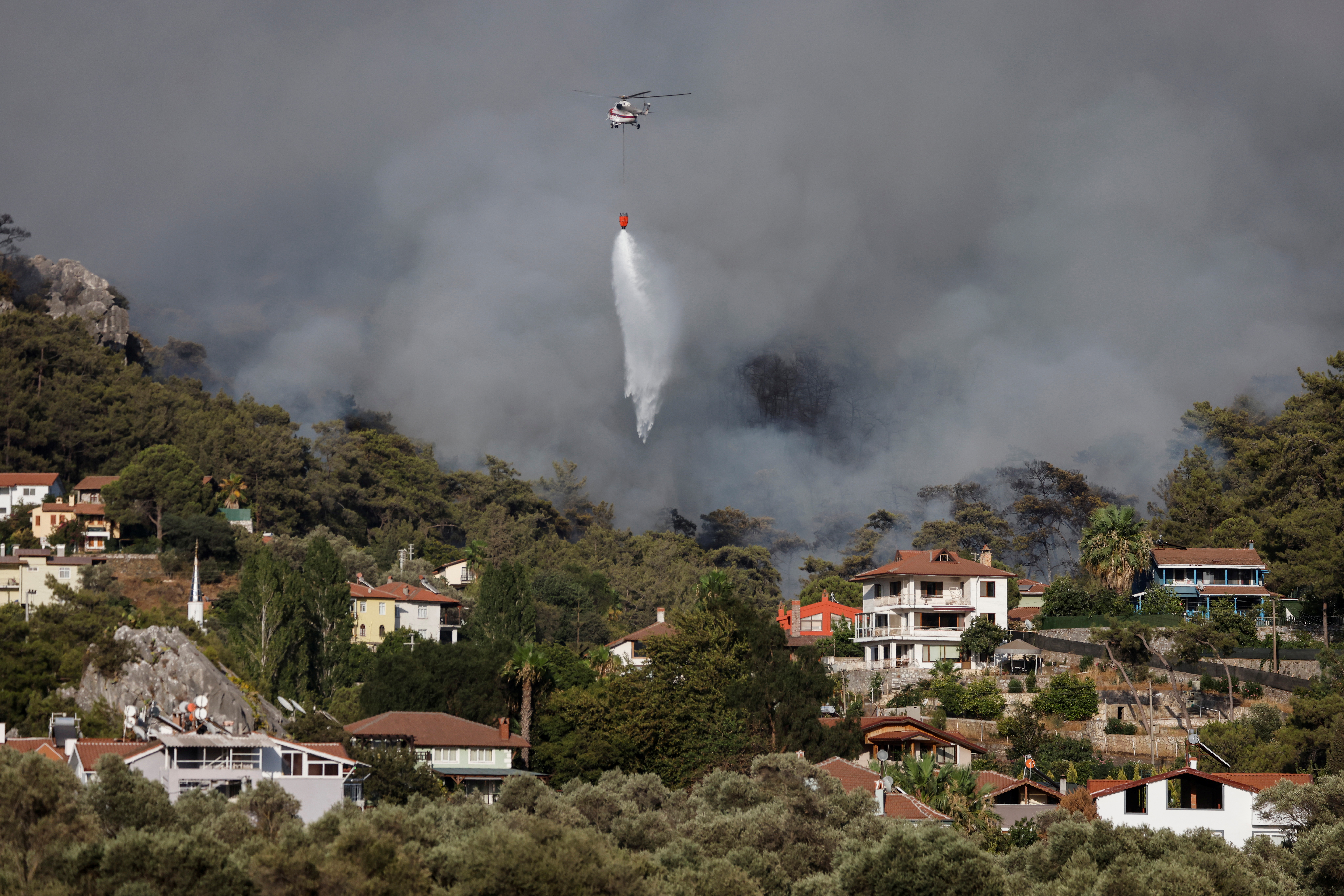 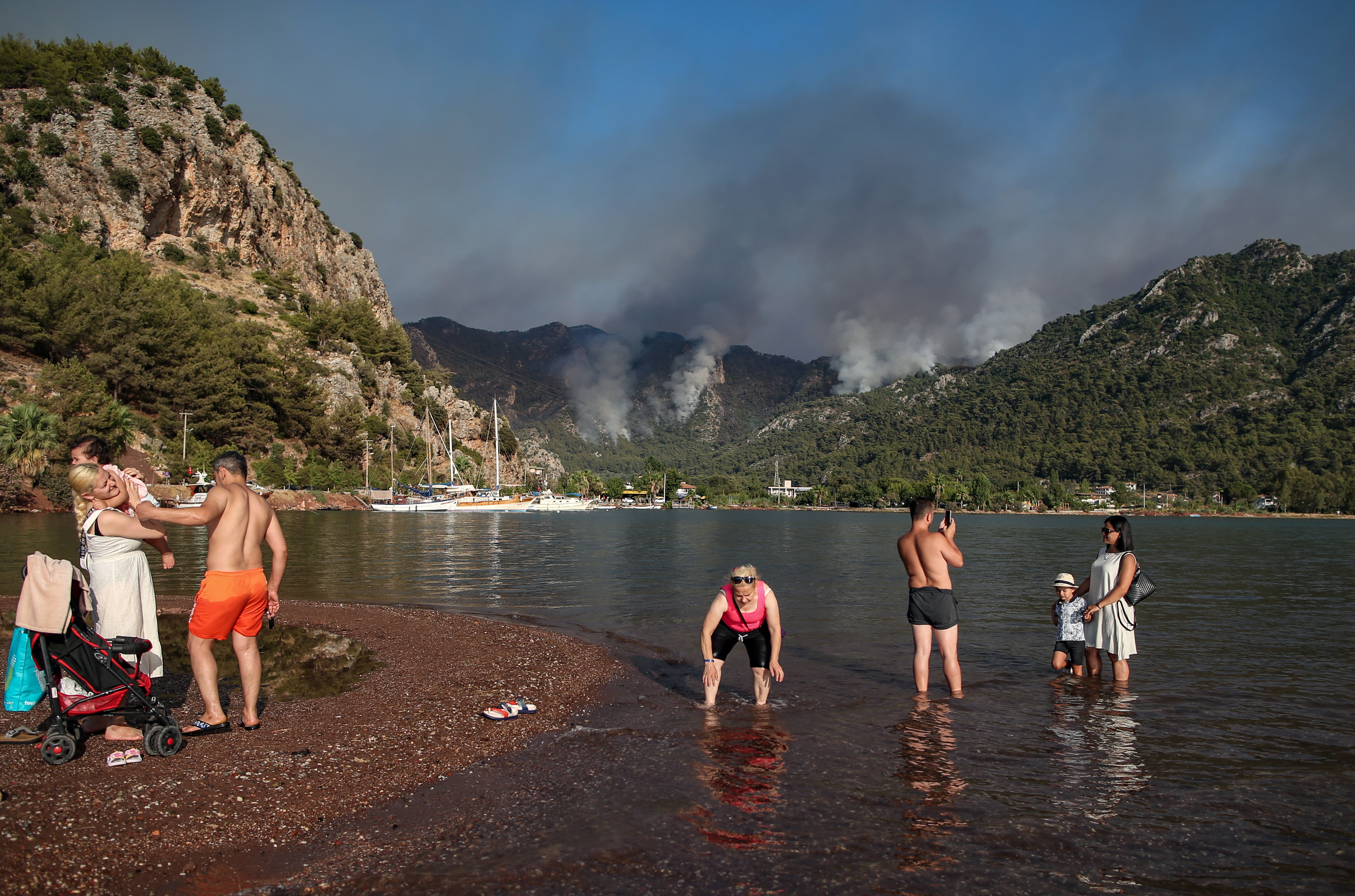 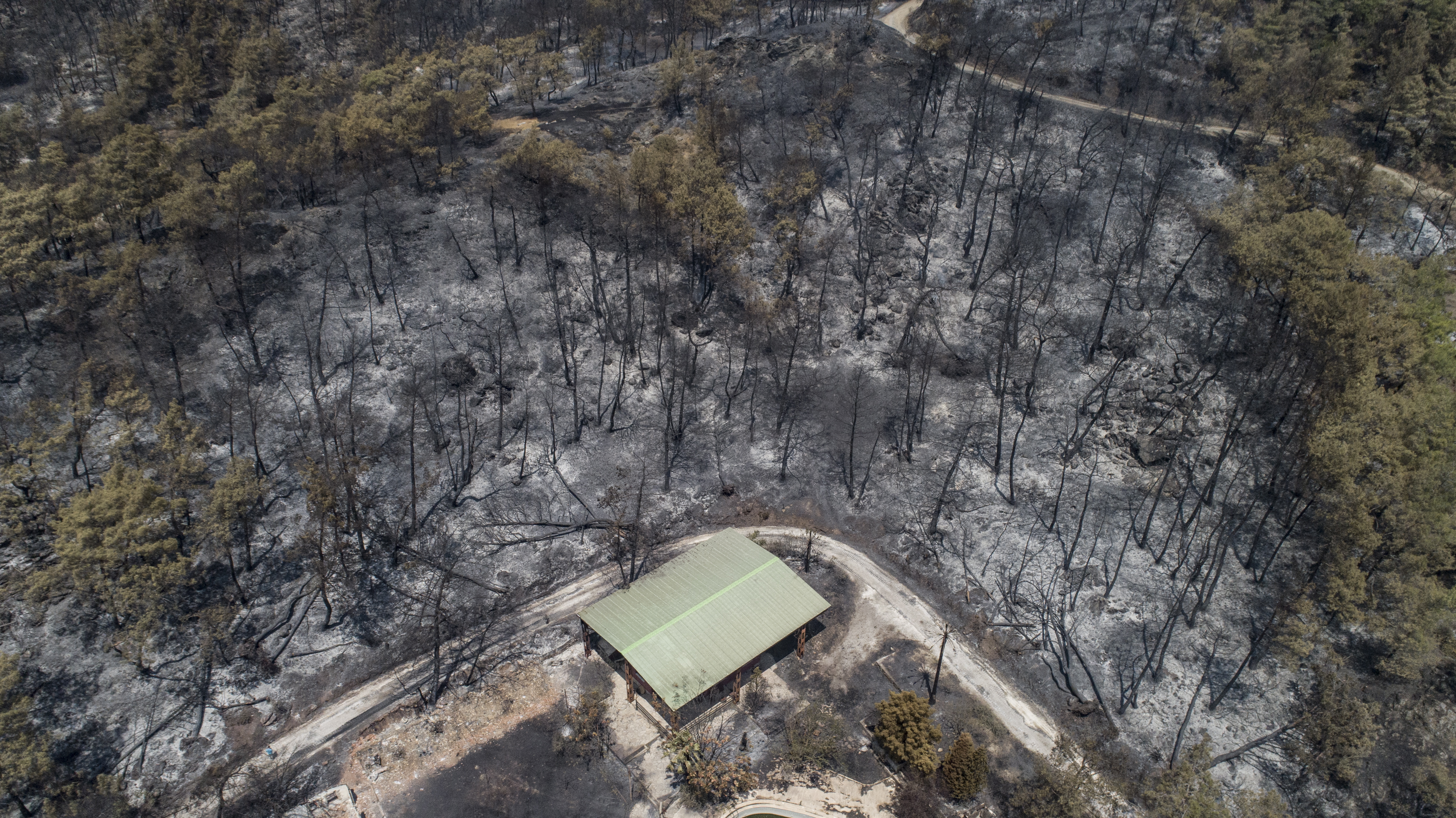 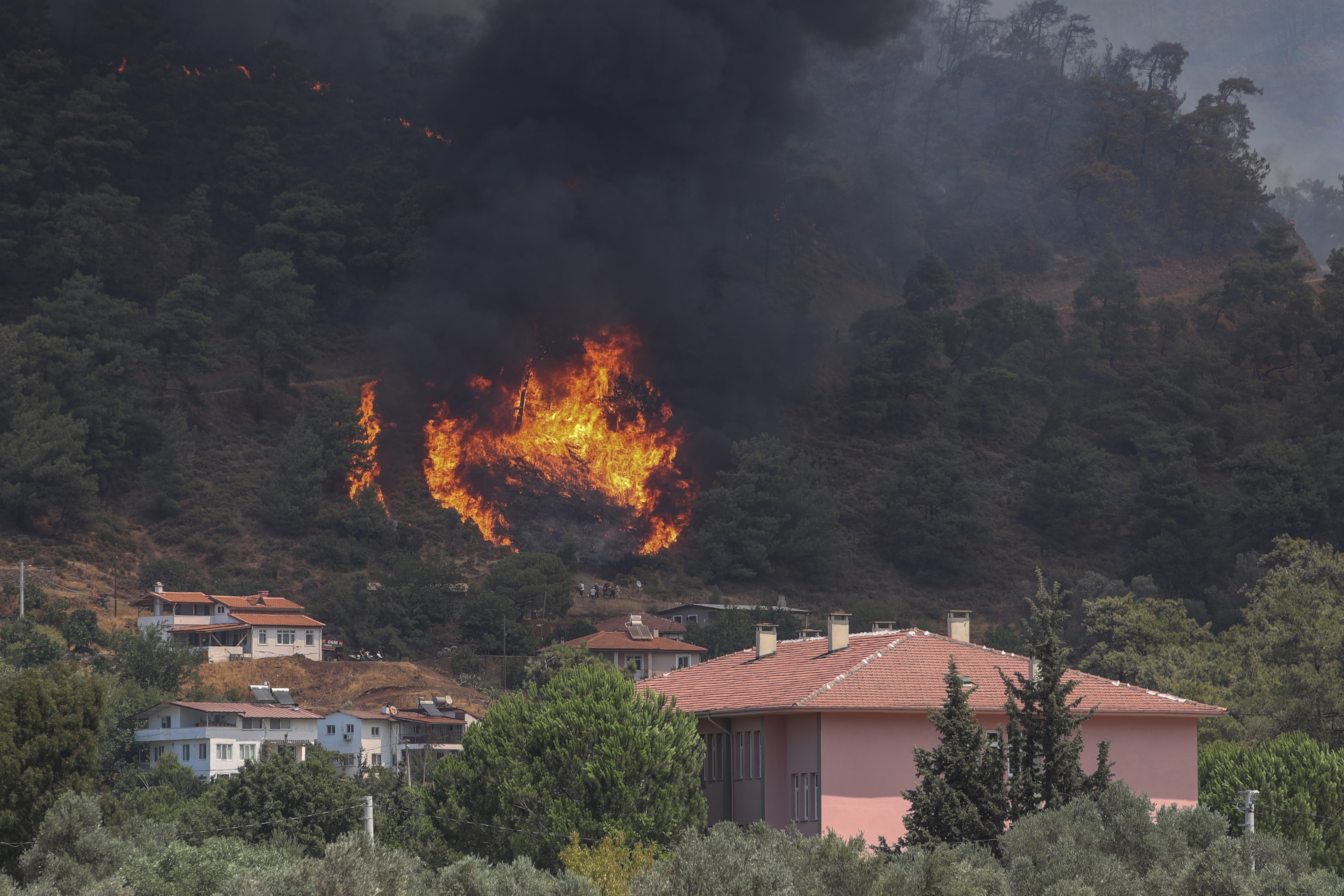 And there could be more to come with further hot temperatures expected into next week, but the Turkish government believes it now has 107 out of 112 fires under control.

Residents of villages around Marmaris have pleaded for more help on social media as they attempt to escape the marching flames.

Turkish television also showed fires had reignited after being extinguished earlier, with blazes and smoke approaching a village.

Civilians were trying to protect homes and olive groves but some houses were already damaged.

And social media videos showed tourists in Bodrum scampering down streets rolling their luggage to escape the nearby flames. 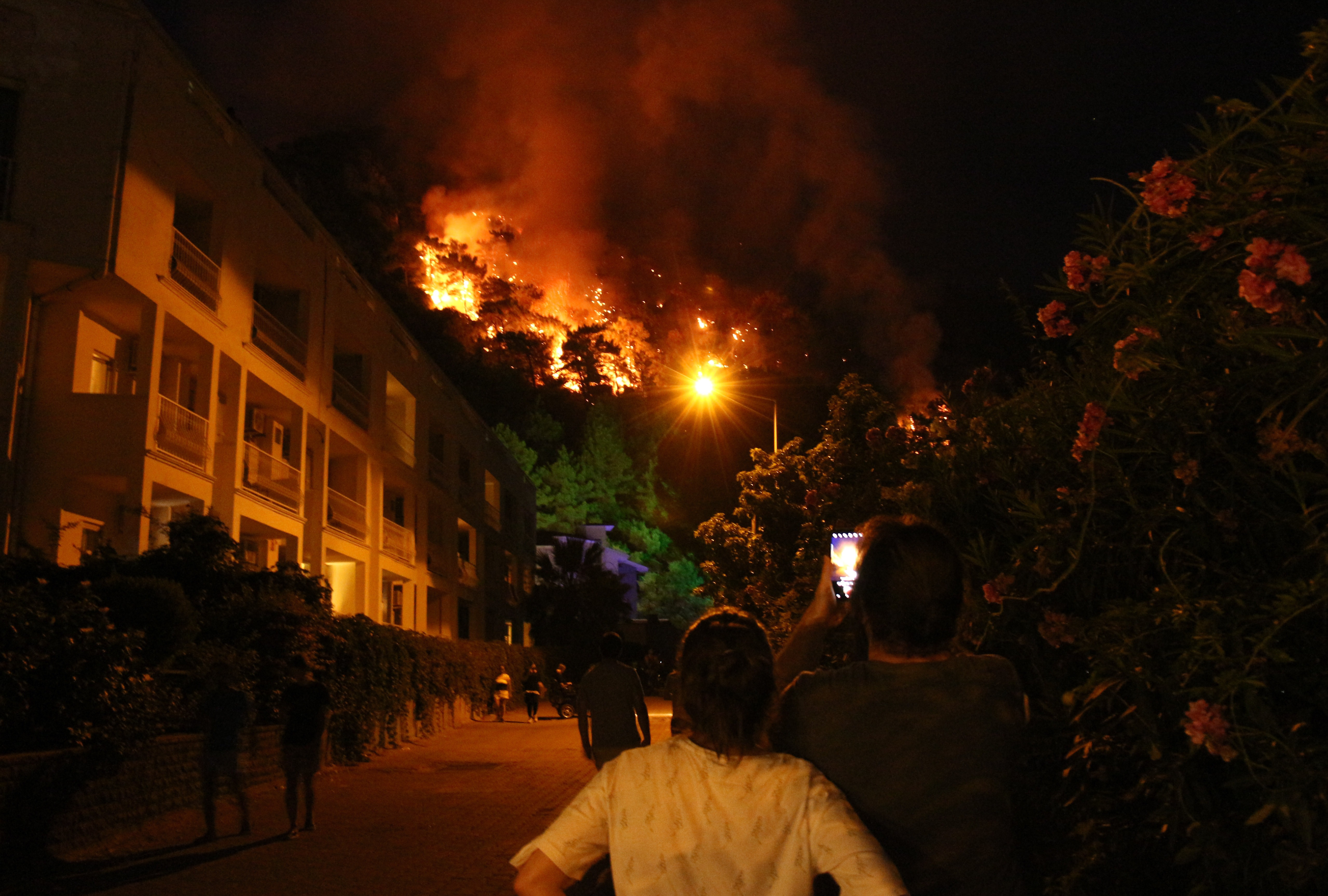 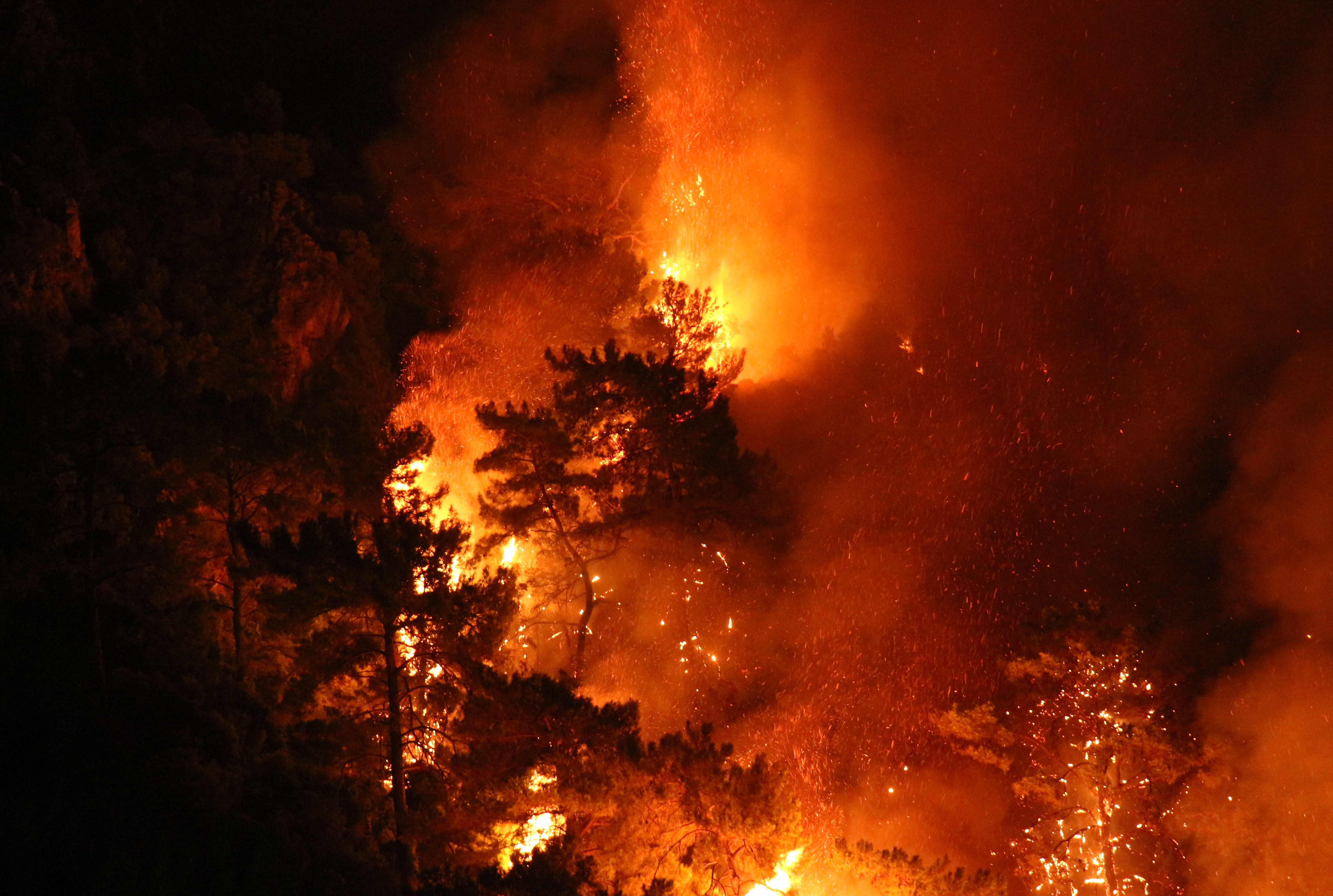 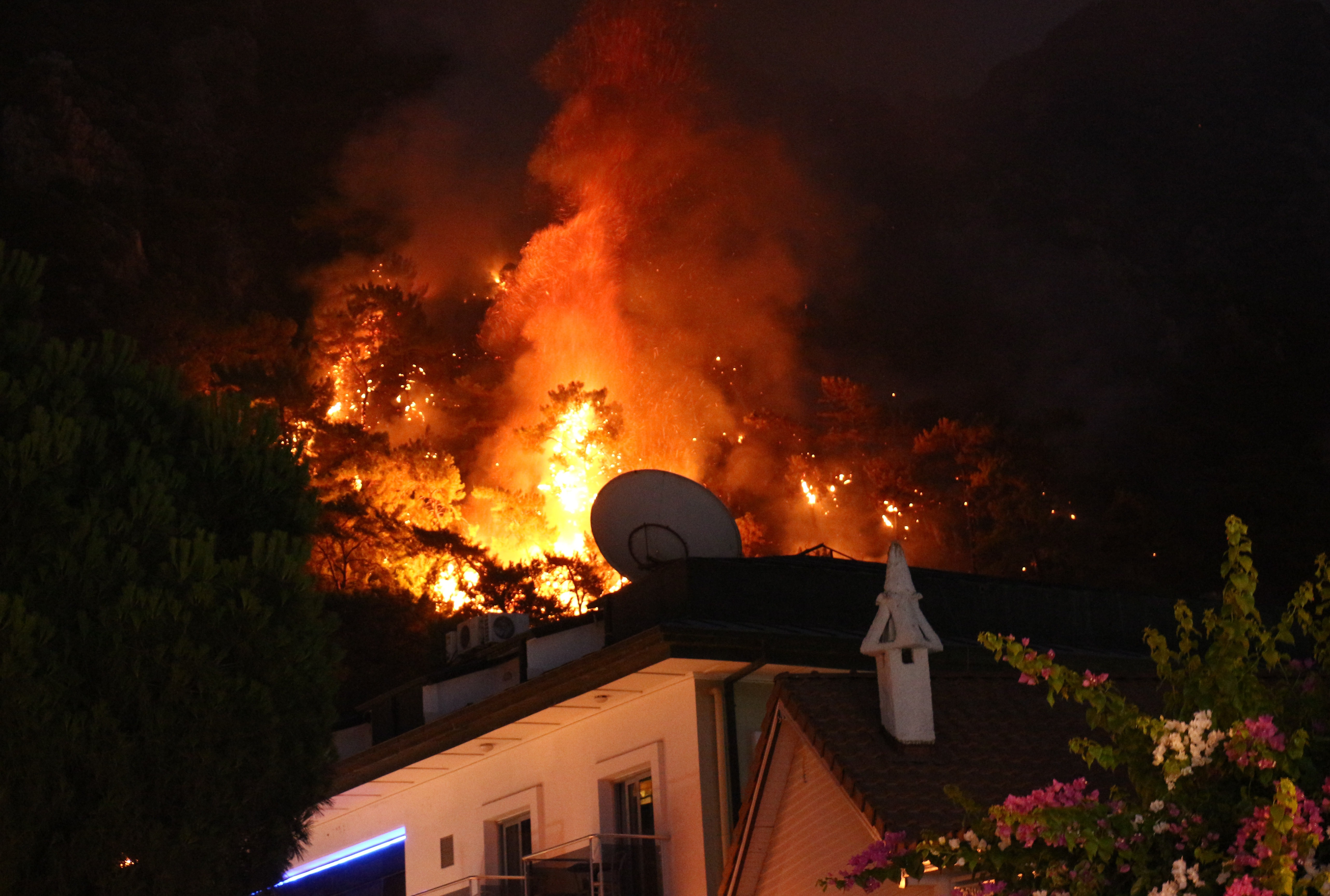 President Recep Tayyip Erdogan has been criticised after it emerged that Turkey has no firefighting planes even though one-third of its territory is forested and fires are becoming increasingly frequent.

"If we don't have planes or helicopters, we must buy them," Bodrum mayor Aras of the CHP said in a video shared on Twitter.

Erdogan however insisted Saturday that Turkey had "the strongest infrastructure in the region to fight forest fires" as he promised financial support for those affected.

While Turkish authorities say they are investigating whether the fires may have started as sabotage by outlawed Kurdish militants, experts mostly point to the climate crisis.