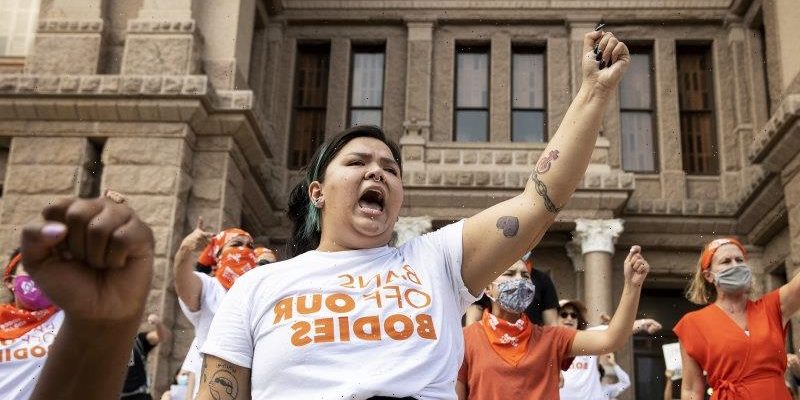 Washington: Texas abortion providers have won a temporary restraining order against Texas Right to Life and its associates, blocking them from suing providers and health care workers at Planned Parenthood health centres in the state under a new law.

Texas’ six-weeks law creates a “probable, irreparable and imminent injury in the interim” for Planned Parenthood, its physicians, staff, and patients throughout Texas, Judge Maya Guerra Gamble of the Texas District Court for Travis County wrote in the temporary restraining order. 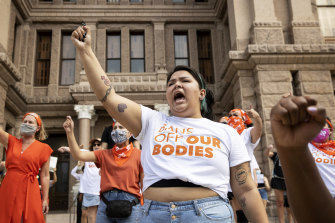 Providers would have no adequate legal remedy for that injury if they’re subjected to private enforcement lawsuits against them, Gamble said.

The order applies to Texas Right to Life and Planned Parenthood centres in the state.

The providers challenged the law’s most unusual aspect — its delegation of enforcement power to private citizens, meaning that anyone, anywhere can sue an alleged abortion provider who violates the six-week ban. The law entitles a winning plaintiff to $US10,000 per abortion ($13,000), plus costs and lawyers’ fees.

Texas Right to Life and its legislative director, John Seago, have already started recruiting private citizens to sue providers such as Planned Parenthood, the complaint said.

The anti-abortion group created a “whistleblower” website to identify potential plaintiffs, as well as informants to provide data on alleged violations of the law, the complaint said. Providers asked the court to block these lawsuits.

The law went into effect on September 1, when the US Supreme Court declined to block its enforcement. The top court’s refusal to stop the law is being widely seen as a sign that it’s likely to approve strict abortion restrictions — and possibly overturn Roe versus Wade.

The unsuccessful federal appeal challenged the law under Supreme Court precedent giving a woman a federal constitutional right to end a pregnancy before viability. The current complaint alleged the Texas law is unconstitutional under several provisions of the Texas Constitution, including a state right to privacy.

The law bans doctors from performing abortions after the detection of a heartbeat, usually around the six-week mark. It will eliminate abortion rights for up to 90 per cent of Texas women, as most people aren’t even aware they are pregnant at this point.

The law also broadly defines potential violators to include anyone who helps a woman get a post-six week abortion. Anyone who makes an appointment for a woman, accompanies her to a clinic, or pays for the procedure is potentially liable under the terms of the law.

This is one of about a dozen suits that have been filed in Texas state court challenging the ban so far, Texas Right to Life’s Seago told Bloomberg. He expects those suits to fail eventually, but the providers already have won restraining orders in several cases filed in Travis County and overseen by Judge Amy Clark Meachum, he said.

Meachum is an “activist judge” with close ties to Planned Parenthood, Seago said.

Seago doesn’t believe the state-court based suits have merit, and isn’t discouraged by the early losses. The ban is controversial and involves “uncharted legal territory” that’s led providers’ attorneys to come up with “creative” ways to stop its enforcement, he said.

Texas Right to Life will continue doing its due diligence and making its case to uphold the law, Seago said. It also will appeal those district court decisions until it finds “a court that takes this law seriously,” he said.