A TEENAGER has been arrested after an elderly Swedish academic was found dead following a fire at her home today.

Police forensic teams and fire investigators with dogs searched the badly-burned home of the victim, who was named locally as 89-year-old Vera Croghan. 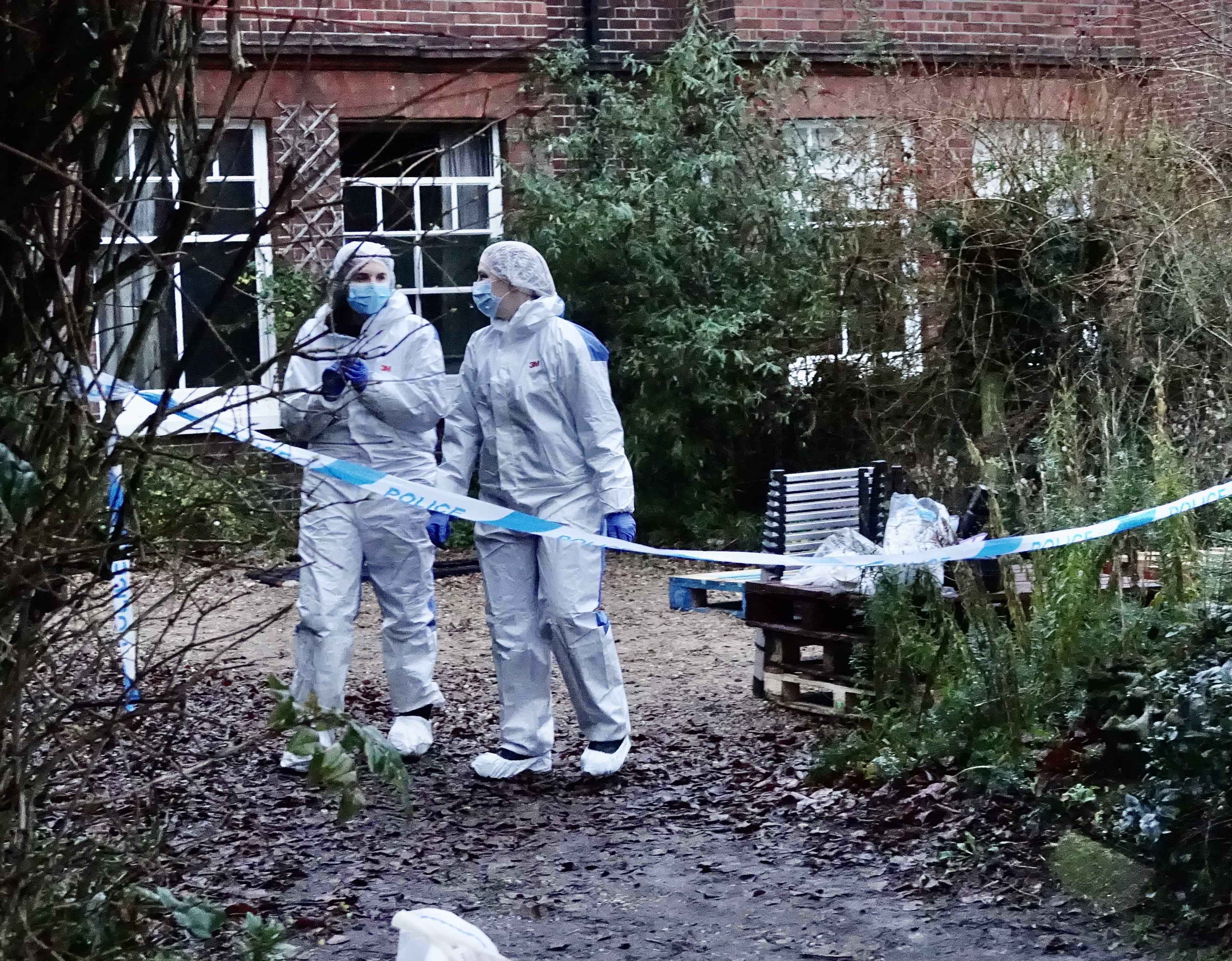 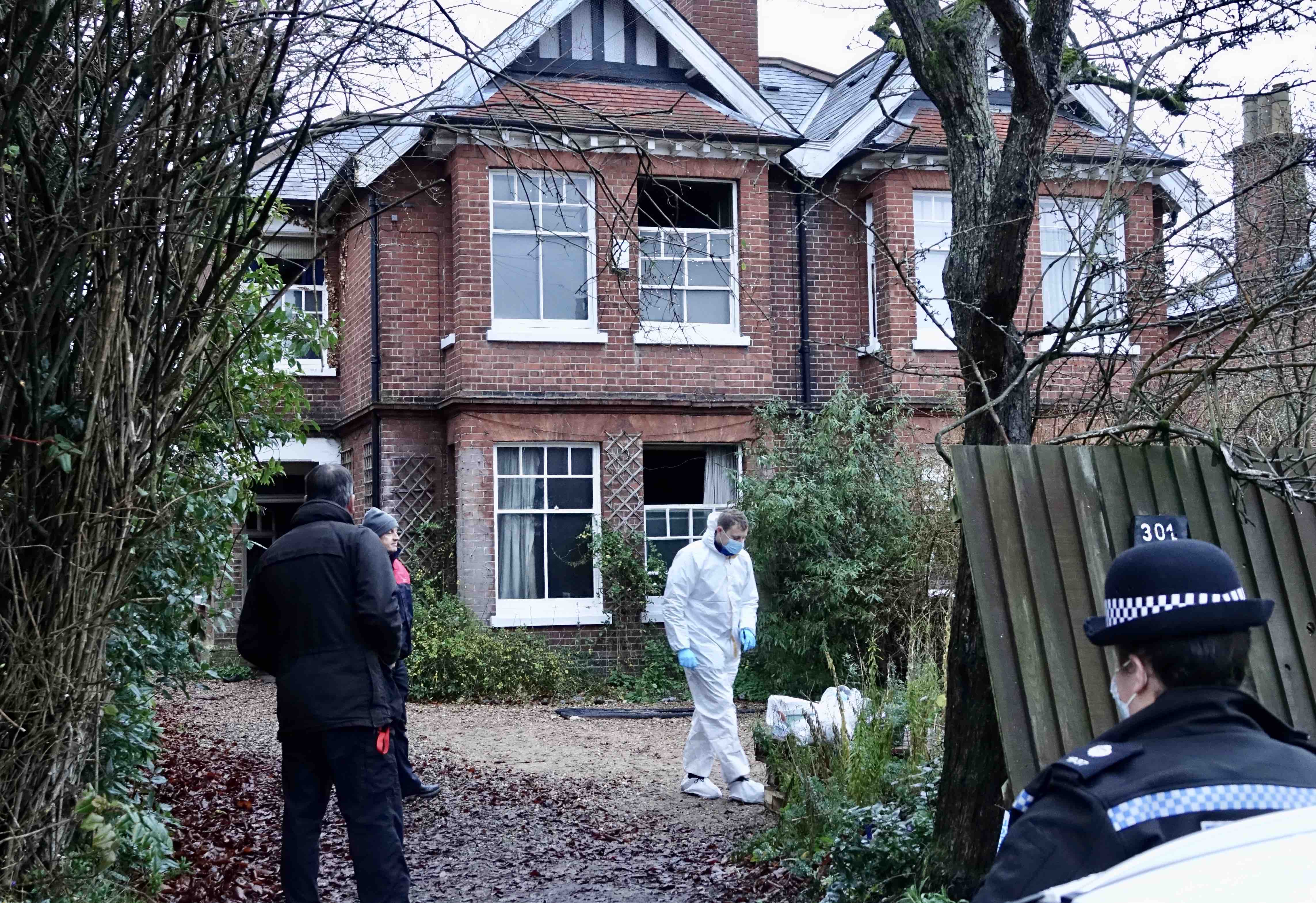 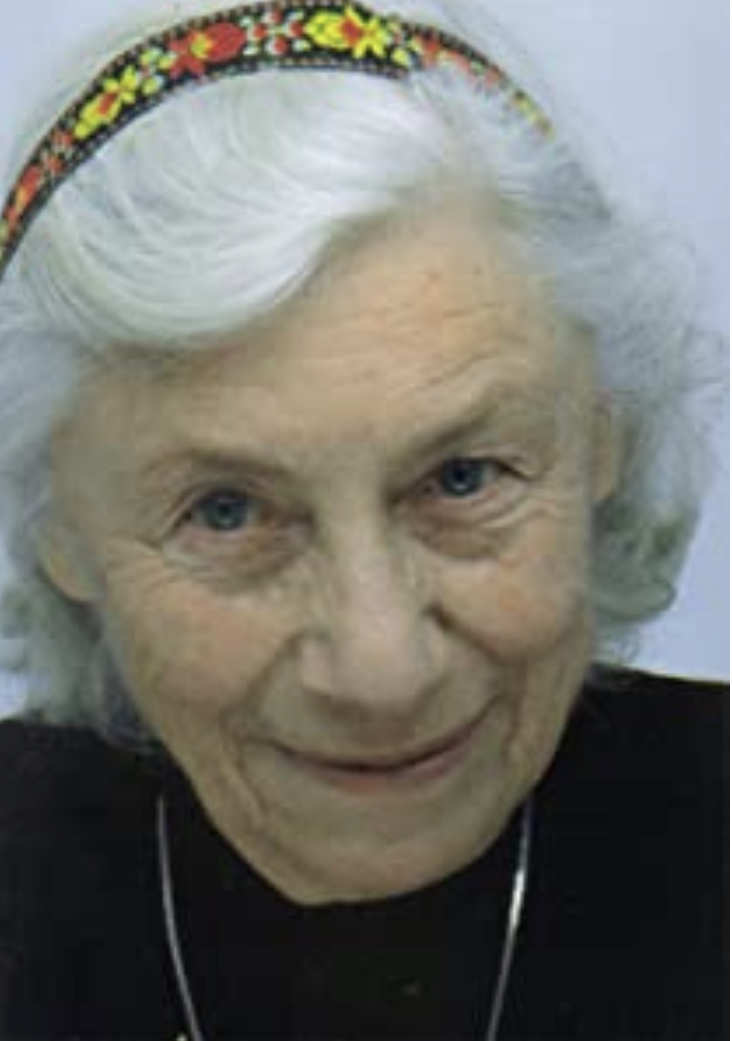 Her body was found by firefighters called to deal with a blaze just before 7am today at her large Edwardian semi-detached home in Norwich.

A Norfolk Police statement said that an elderly woman was declared dead at the scene and her death was currently being treated as “unexplained”.

The statement added: “Whilst the cause of the fire is yet to be established, officers have arrested a man in his late teens in connection with the incident.

“He was taken to Wymondham Police Investigation Centre and will be questioned in due course.

“Following initial enquiries officers do believe that the man arrested and the victim are known to one another.

“A cordon remains in place around the property whilst enquiries continue. Unthank Road was temporarily closed, but has since been reopened.”

Earlier police said they were “investigating the circumstances leading up to the fire and its cause”.

The interior of the house seemed blackened through opened upstairs windows as forensic officers carried out their investigations inside.

Mrs Crogan taught Swedish at the University of East Anglia In Norwich, and had written books on learning the language.

The mum-of-two who had nine grandchildren was born in Sweden and went to university in Lund where she studied Scandinavian languages, English and comparative literature.

Neighbours said she had lived for at least 50 years in her house, which is in an upmarket area of Norwich known as the Golden Triangle.

A profile of Mrs Croghan online read: “Directly after her last degree she was appointed to teach Swedish Language at the University of Aberdeen.

“After her marriage to an English academic she moved to Edinburgh, and later they moved to Norwich when the University of East Anglia was opened.

“She has been very happy teaching Swedish there for over 30 years. When she gets the time she would like to teach her nine British grandchildren Swedish.”

Family friend Noel Course said: "I had known her all my life. My father was her accountant and I previously lived just around the corner.

“She was such a lovely lady, but she had become a little frail. She used to work on doing Swedish translations at her home, but had retired.

"I had only spoken to her on the phone yesterday and she was just fine then, although she said she was getting quite forgetful. I do hope that isn't what caused the fire.

"We had only recently exchanged Christmas cards. She was very well liked and had a son and a daughter, so it is terribly sad. Her son stayed with her on and off.”

Lili Stebbings, 22, who lives two doors away said: “I went out for a meal on Thursday night and it was all quiet when I arrived home.

“But when I got up this morning, I saw three fire engines, two ambulances and loads of police cars.”

Gay Lind, 72, who lives nearby said: "I didn't know her personally, but it is terribly sad to hear of. I woke up and saw the flashing so looked out and there it was all happening." 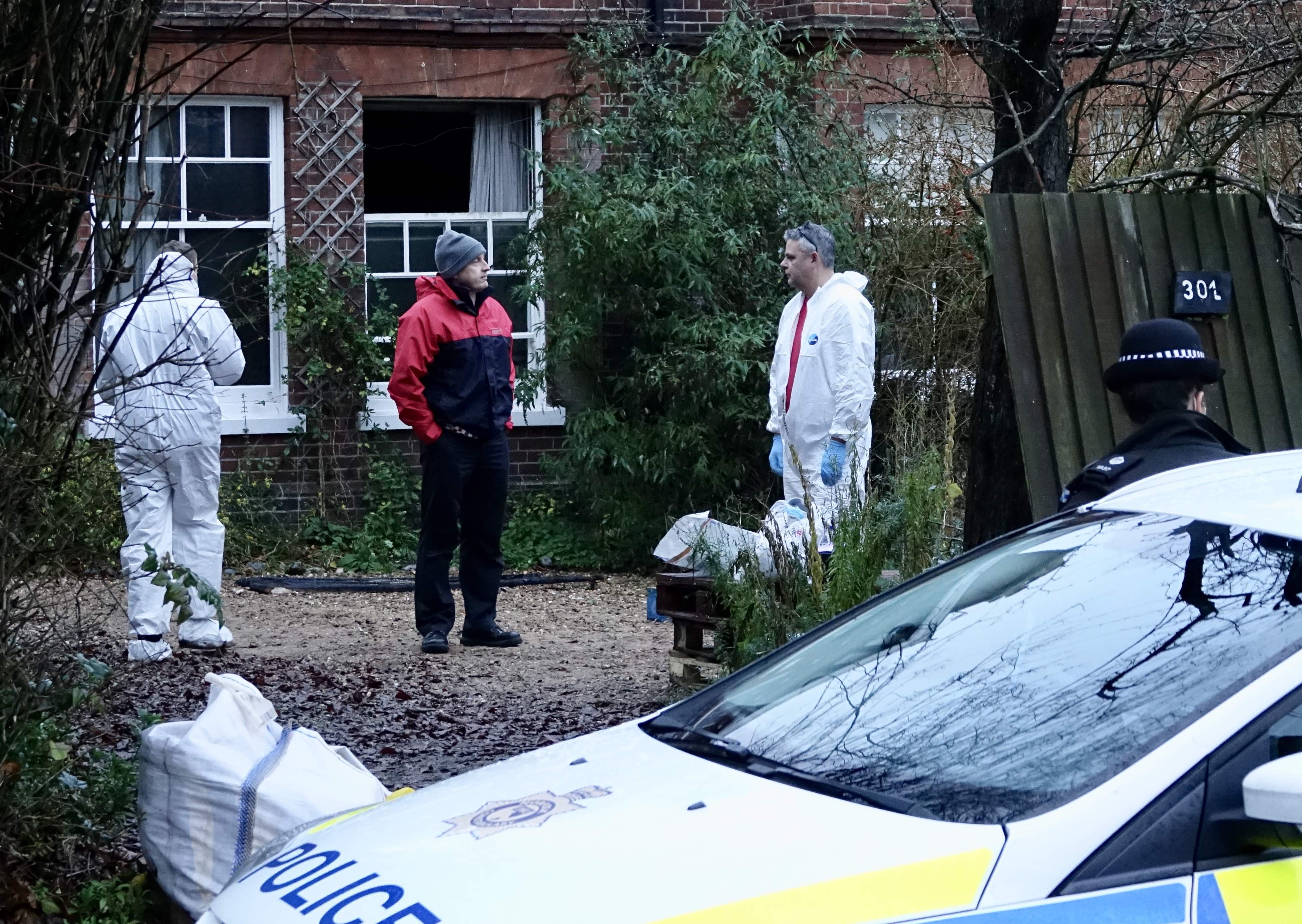 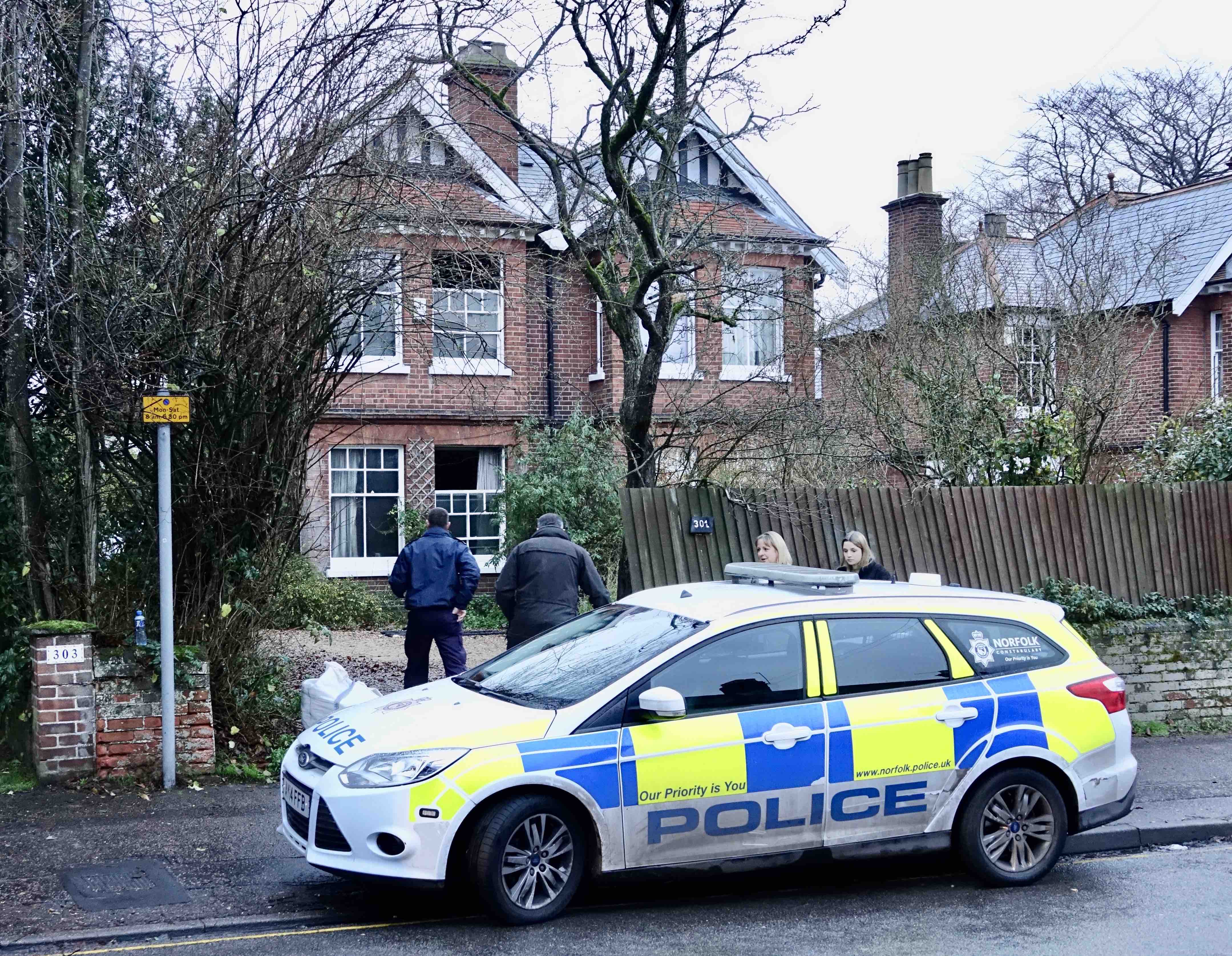 Gaming the system: One of Australia’s richest YouTuber’s is a 25-year-old university dropout