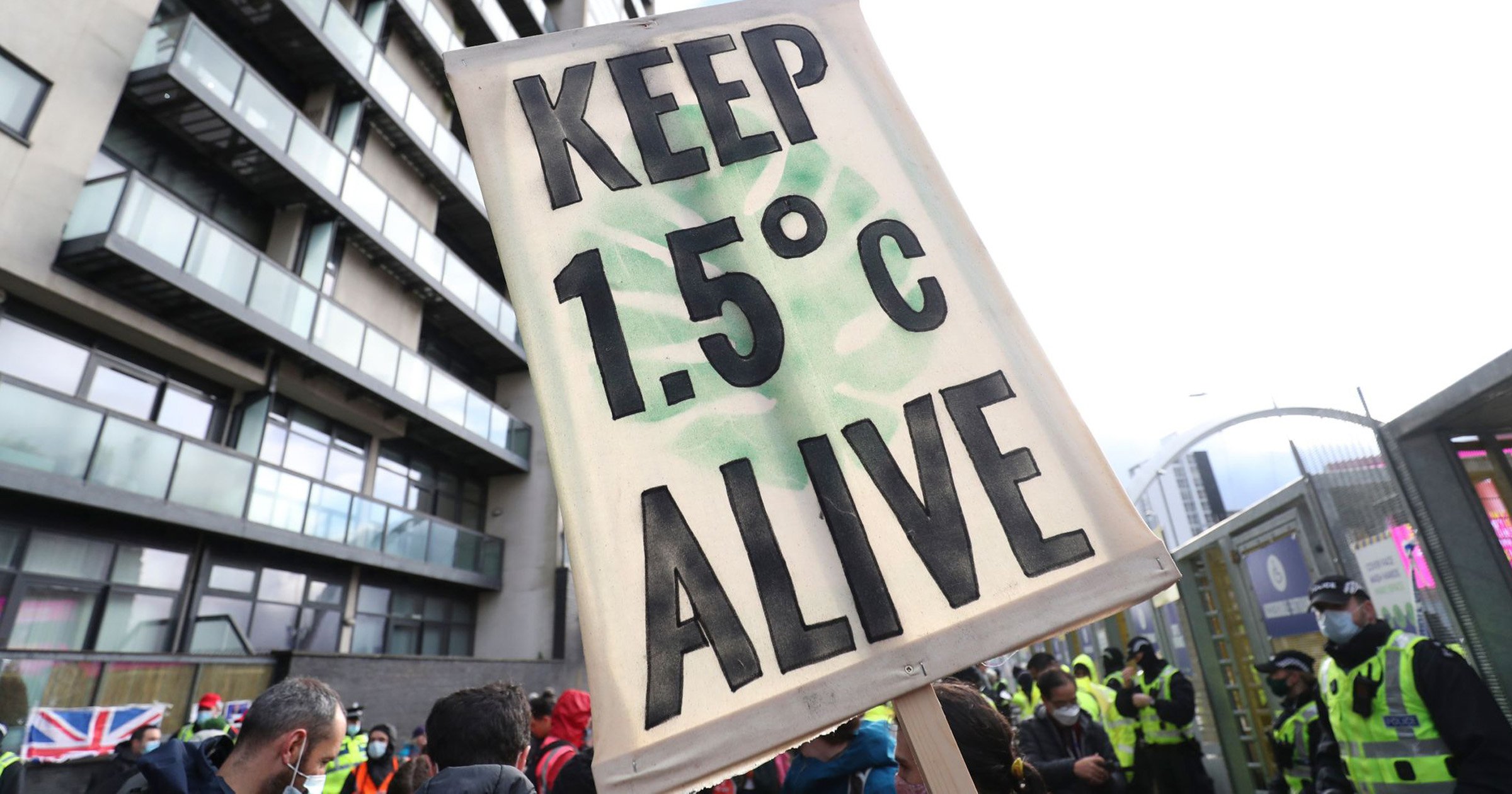 The target of keeping global warming to 1.5°C is ‘dead’, a leading expert has warned after the Cop26 climate conference in Glasgow.

Professor of Economics and Energy Policy Sir Dieter Helm said the key players were ‘not at the table’ for the summit, meaning the target is now out of reach.

Official projections say the world is on course for 2.4°C of warming by the end of the century – 0.9°C higher than scientists say is safe and a difference which many island and vulnerable nations fear is a death sentence.

Fractions of a degree of warming on an international scale will make a huge difference in terms of drought, famine, flooding, fires and extreme weather, while a warming climate will also lead to huge crises in migration, food and water supplies and disease.

Professor Helm added: ‘Even if for the first time ever, every country does everything that it promised to do, we won’t be able to achieve 1.5°C.

‘Is Cop26 the turning point? The answer is no.

There is this illusion that climate change is going to be solved in the UK. If only we do stuff here, it is going to be fine… The truth is that the future of climate in this world will be largely determined by places like China and India, Sub-Saharan Africa, in the rainforests and so on.

‘If you look at this summit, even in the voluntary pledges, the key players are not at the table.’

He added that people were being ‘deluded’ if they thought the conference had solved the problems.

A narrative war around the summit has now erupted – with backers of the deal claiming real progress has been made, while critics point out it does not go far enough to avoid the catastrophic impacts of climate change.

But it came after he tearfully apologised for the landmark deal watering down pledges on coal.

Shadow business and energy secretary Ed Miliband warned that ‘keeping 1.5 degrees alive is frankly in intensive care and it’s our job in the next 12 months to show that we can save it’.

He told Sky News’s Trevor Phillips on Sunday: ‘The task of the world is to halve global emissions over the coming decade, that’s by 2030, that’s what the scientists tell us is necessary to keep 1.5 degrees alive and the truth about Glasgow, despite some progress, is that the world is only probably about 20% or 25% of the way to that goal.

‘So, there is a chasm now between where we need to be in halving global emissions and all major countries have to step up and play their part in that, and where we are.’

But Patricia Espinosa, the executive secretary of UN Climate Change, said she thought the target was still alive.