SWEDEN has tightened its coronavirus lockdown after seeing its ICU admissions double in a week as the public continued to ignore lighter restrictions.

The country never introduced a lockdown during the first wave of the pandemic earlier this year, but in recent weeks has brought in partial measures amid a gradual rise in infections. 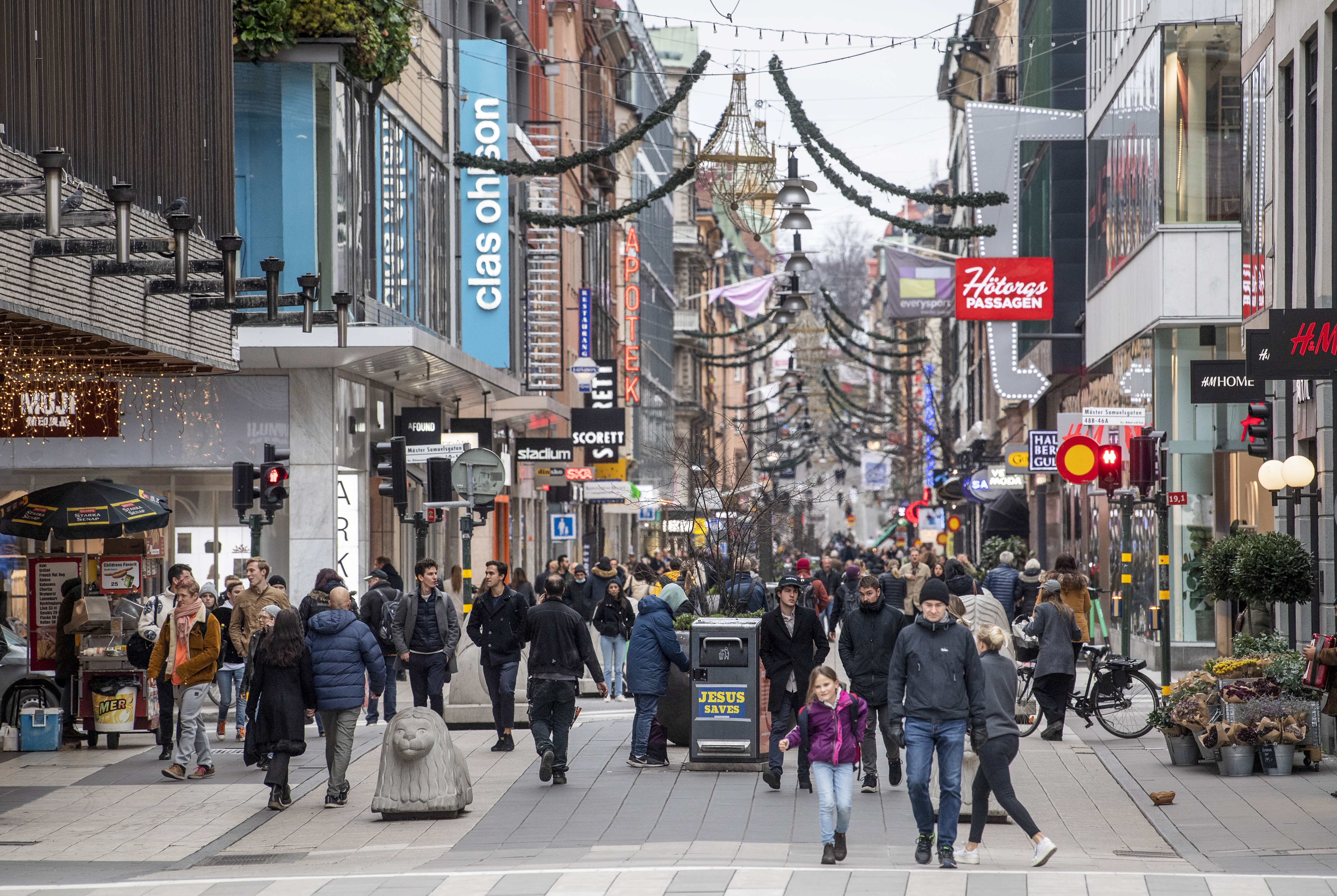 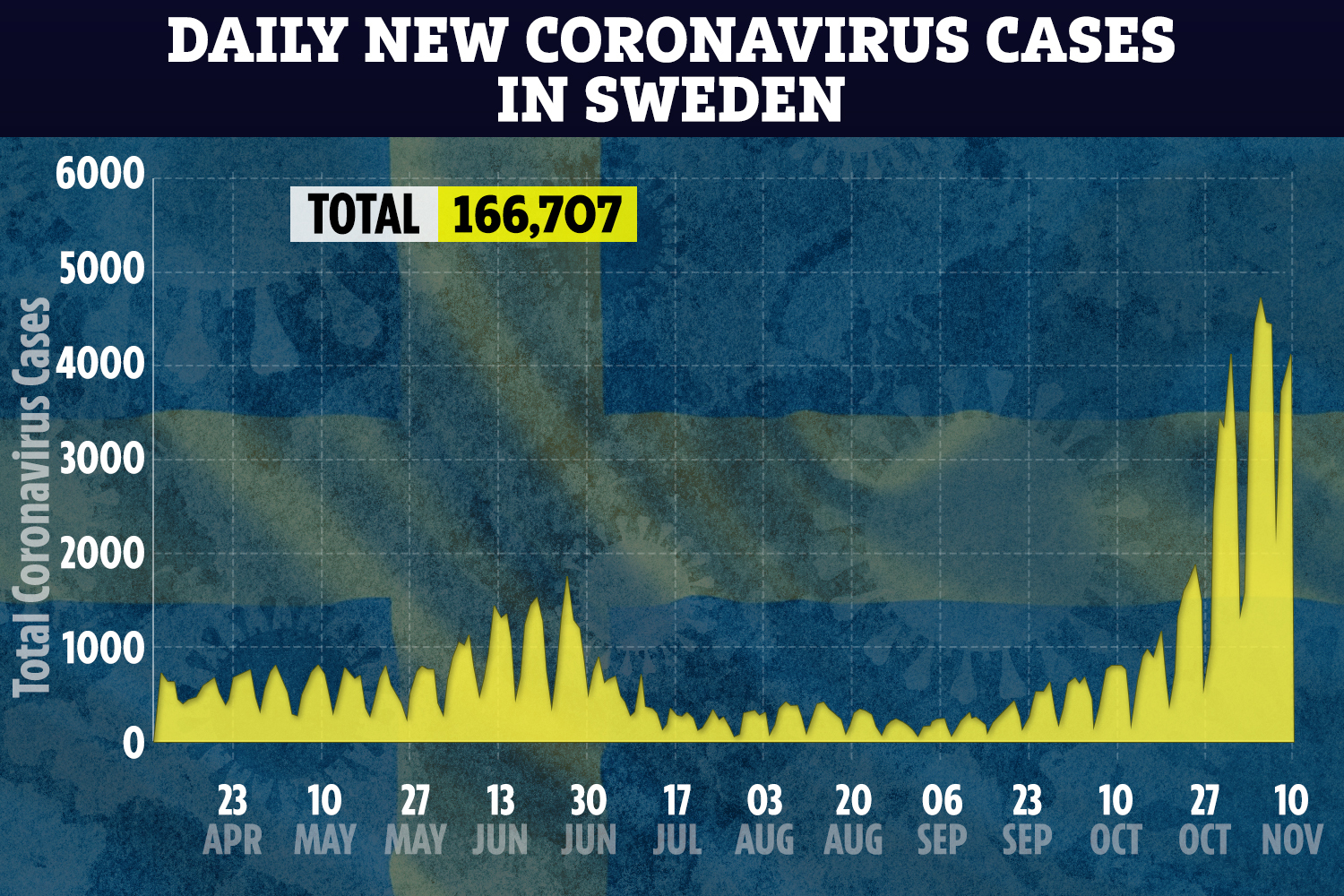 A ban on the sale of alcohol in bars, restaurants, and nightclubs after 10pm is to come into force on November 20, and is expected to remain in place until the end of February.

Residents in the country's worst-affected regions were also last month urged not to make non-essential trips to the shops and to avoid public transport, gyms, and museums.

Sweden's daily case tally averaged around 200 throughout July and August, but began to rise in September and is now around 3,500.

Daily deaths remain mostly in single figures – well below their April peak of 115 – but hospitalisations are now rising.

At a press conference this week, Prime Minister Stefan Lofven said that ICU admissions had doubled in the space of a week and that one quarter of all ICU beds are now occupied by coronavirus patients.

“We are facing a situation that could turn black as night,” Lofven said.

Infections in nursing homes have also risen, with 48 of the Stockholm's regions 313 facilities having now registered outbreaks, the Times reported.

Residents in 13 of Sweden's 21 regions are also being urged to avoid physical contact with people from other households.

Early on in the pandemic, Sweden opted to pursue a "herd immunity" strategy, under which most workers and businesses continue to function as normal.

The virus is then allowed to spread in a controlled way, in theory allowing a certain portion of the population to develop an immunity.

Speaking to the Telegraph this week, Johan Nöjd, the infectious diseases doctor for the region of Uppsala, voiced concern that many people were not following the restrictions that have now been introduced.

"It's difficult to see any impact since we had the highest amount of positive tests ever on Monday, a much higher record than in the spring," he said.

"Perhaps more than 50 per cent [of the public] are listening very attentively to the advice they hear, perhaps even 80 per cent.

"But then we have this 20 per cent to 40 per cent that is not listening at all."

He added that public buses remained crowded and that people continued to hold parties.

He also called many of the recommendations currently in place "toothless" and said more restrictions should be introduced and backed by law.

The new spike in infections comes as second waves continue to hit countries across Europe.

France has been forced to reintroduce a second nationwide lockdown and is currently seeing around 50,000 new cases diagnosed each day.

It is also seeing around 500 deaths each day, with its overall toll now standing at 42,535.

Italy has similarly seen a dramatic rise in infections in recent weeks, with around 30,000 people now testing positive each day.

Massimo Galli, the head of the infectious diseases department at Milan's Sacco hospital, has described the situation in the city as "largely out of control".

Yesterday saw the UK become the first country in Europe to record 50,000 coronavirus-related deaths since the start of the pandemic.