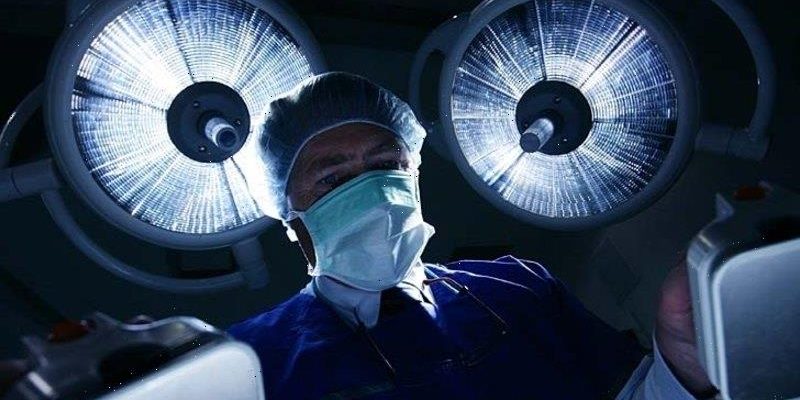 A group of Melbourne surgeons say privately insured patients are being discriminated against and pushed to the back of the queue under a state government deal to prioritise public patients for elective surgery in the private system.

Vascular surgeon Susan Morris said her private patients were having their surgery cancelled “indefinitely,” despite some of them being in severe pain. 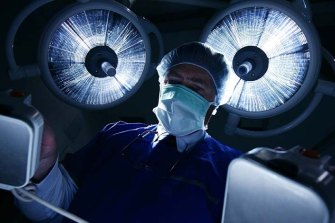 Earlier this month, elective surgery was cut by 50 per cent at private hospitals and doctors were told to use greater discretion to prioritise only those who were sickest as healthcare workers braced for a surge of COVID-19 patients.

At the same time, the state’s largest private healthcare operators including Ramsay Health re-entered a funding agreement with the state government to take public patients as part of the state’s coronavirus response.

Officially, elective surgeries in Melbourne and Geelong are now restricted to urgent category one and limited category two procedures to make room for COVID-19 patients, which means less time-sensitive category two and three surgeries are not going ahead in most major public or private hospitals.

Smaller private hospitals without large-scale intensive care capabilities to cope with the complexities of emergency surgeries or COVID-19 patients, are still allowing non-urgent surgery such as varicose vein removal and joint replacements.

However, some surgeons claim public patients are being reclassified to more urgent categories in order to clear a longstanding backlog of elective surgery in the public healthcare system. The government strongly denies this and said all decisions are being made based on clinical need.

Ms Morris estimates she is now cancelling non-urgent elective surgery for 75 per cent of her private patients.

She said her surgical lists were instead full of public patients, who had been on the waiting list for three years and were booked in for the same procedures that she had cancelled for private patients.

“It is not as if surgeons are not wanting to help the public sector, but it shouldn’t be a complete punishment if you’re a privately insured patient,” she said.

“What the government has done is move the problem from the public sector to the private sector. Some of these privately insured patients are more severe cases but they are getting pushed to the back of the line. It is not morally right.”

Ms Morris said staff at private hospitals had been sent emails outlining that private patients with non-urgent category two and three surgeries booked in should not be admitted.

Category two surgeries are procedures that need to happen within 90 days and that can cause significant pain or disability but are unlikely to escalate to an emergency. This could be something like a standard heart valve replacement.

Category three surgeries in the public system include procedures such as hysterectomies and hip and knee replacements.

“Public patients appear to have been excluded from any of the restraints that have been put on, so right now you’re actually being actively discriminated against if you’re a privately insured patient in Victoria,” Ms Morris said.

“I’m having to ring up my patients and say ‘I can’t do your surgery’ and they say ‘Oh, but I really need it done, I’m in such terrible pain’.”

Orthopaedic surgeon Rodney Richardson said a similar four-month pause on elective surgery last year led to several of his privately insured patients deteriorating to the point where they required wheelchairs or high doses of narcotics to deal with their pain.

“There’s no question, our public waiting list has blown out enormously and those patients absolutely need to be done,” said Mr Richardson, who operates on patients in both public and private hospitals.

He said most public patients waiting for joint replacements were defined as category three, but many were in such significant pain they were more suited to category two.

Mr Richardson, who specialises in hip and knee replacements, said he had been forced to escalate a privately insured patient who needed urgent surgery that week, after being told they could not be operated on in a private hospital.

Mr Richardson said judgments on patients should be made on clinical grounds and not be determined by whether a patient was public or private.

“I completely agree with the idea of protecting the system so if we get inundated with COVID cases we can manage it,” he said. “But why do we have to cancel day case procedures that are in and out the same day and take no hospital beds?”

While the agreement means surgeons operating privately take a blow to their income, senior health sources speculated it was lucrative for private hospitals because they received a financial incentive to help ease some of state’s elective surgery load.

The Age has sought details of these private hospital funding agreement, but the state’s health department did not provide it.

Another Melbourne surgeon told The Age said there were no clear guidelines, which meant there were “enormous practice variations and inconsistencies” between health services as to which patients were being prioritised for elective surgery.

“It is ludicrous and unfair for private patients,” the orthopaedic surgeon said.

Grattan Institute public health expert Stephen Duckett suspected some public patients were being upgraded and operated on sooner because their condition had greatly deteriorated while they waited years for surgery.

He said the pandemic had created a difficult set of circumstances where public patients appeared to be getting prioritised over private patients temporarily because the government had deferred such a “huge amount” of elective surgeries.

“In an ideal world you would have equalised waiting lists where people with a similar level of severity get treated equally, but I can see how that’s almost impossible to achieve at the moment because the private hospitals have made beds available to the public system to help them catch up,” Professor Duckett said.

A Victorian Health Department spokesman said the partnership with the private hospitals was helping to manage demand and prepare for an increase in COVID patients.

“Elective surgery is always prioritised based on clinical need,” he said. “This is currently more important than ever. All hospitals have been asked to prioritise those who are most urgent regardless of whether they are a public or private patient.”

He said non-urgent public patients should not be referred to private hospitals in metropolitan Melbourne and Geelong while they are currently assisting with COVID-19 demand.

A Ramsay Health spokeswoman said the health service, which is the largest operator of private hospitals in Australia, was complying with Department of Health directions.

She said all procedures are prioritised based on surgical categorisation criteria, with only surgeries classified as urgent allowable under the current restrictions.

It comes after The Age revealed urgent category one elective surgery was being postponed because of a worsening bed shortage in Victorian hospitals.

Stay across the most crucial developments related to the pandemic with the Coronavirus Update. Sign up to receive the weekly newsletter.