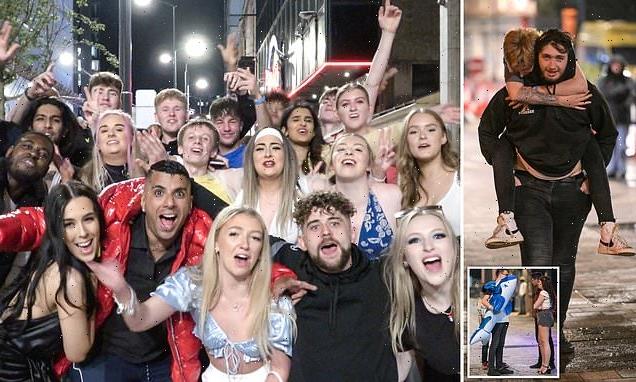 Making up for lost time? Students hit the town for Freshers’ Week after last year’s events were cancelled amid lockdown

Thousands of students will be waking up with sore heads this morning after making the most of enjoying Freshers’ Week carnage after last years cancellations due to the pandemic.

After completing their A-Levels under Covid restrictions, partygoers from the four Birmingham universities embraced their newly-returned freedoms alongside new friends as they partied into the early hours during bar crawls in Birmingham’s Broad Street, famous for its strip of nightclubs. 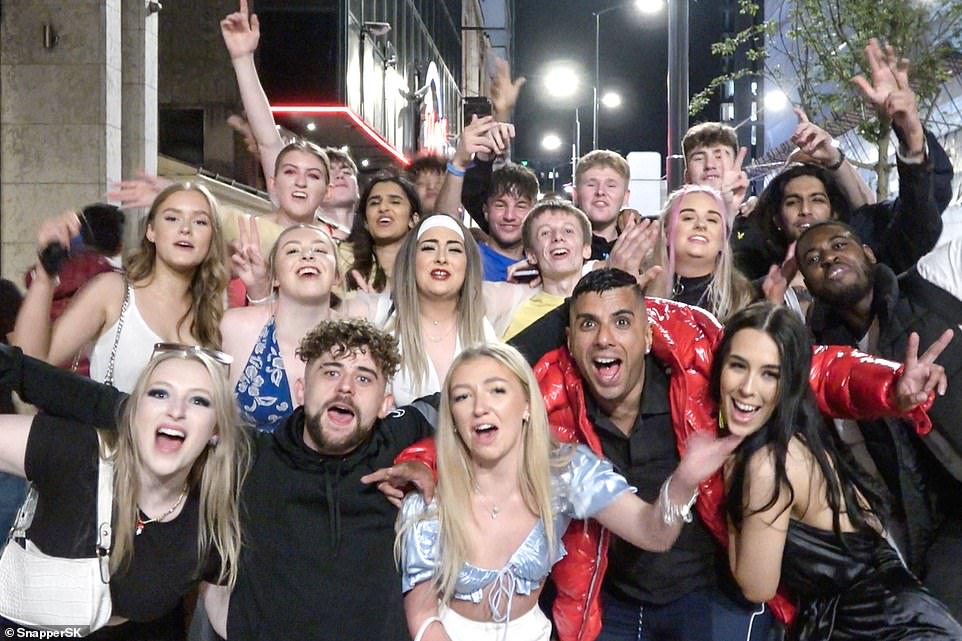 A group of freshers pose for a picture in Birmingham’s Broad Street as students returned, without restrictions, to celebrate the start of this year’s Freshers’ Week 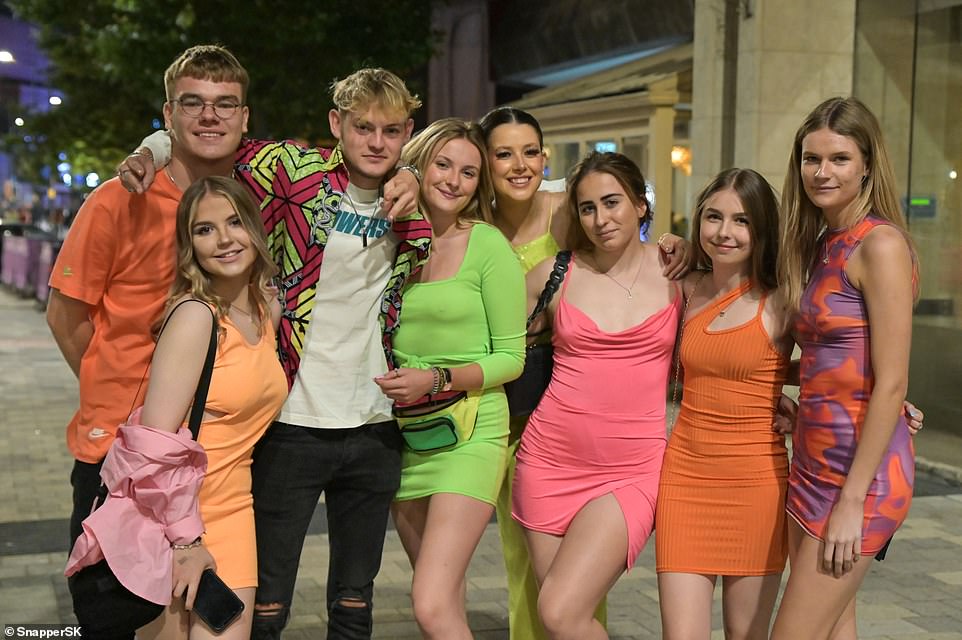 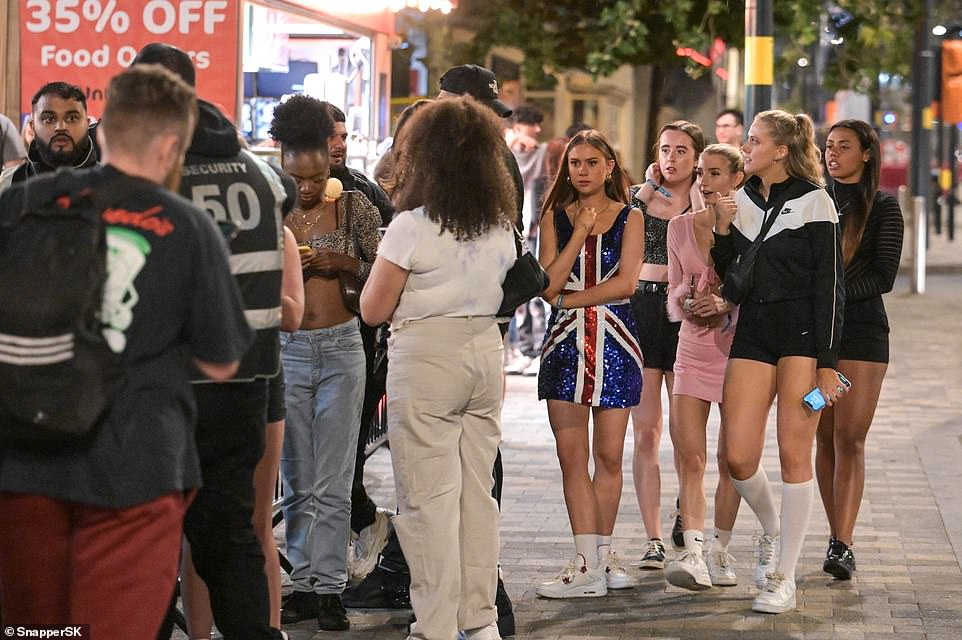 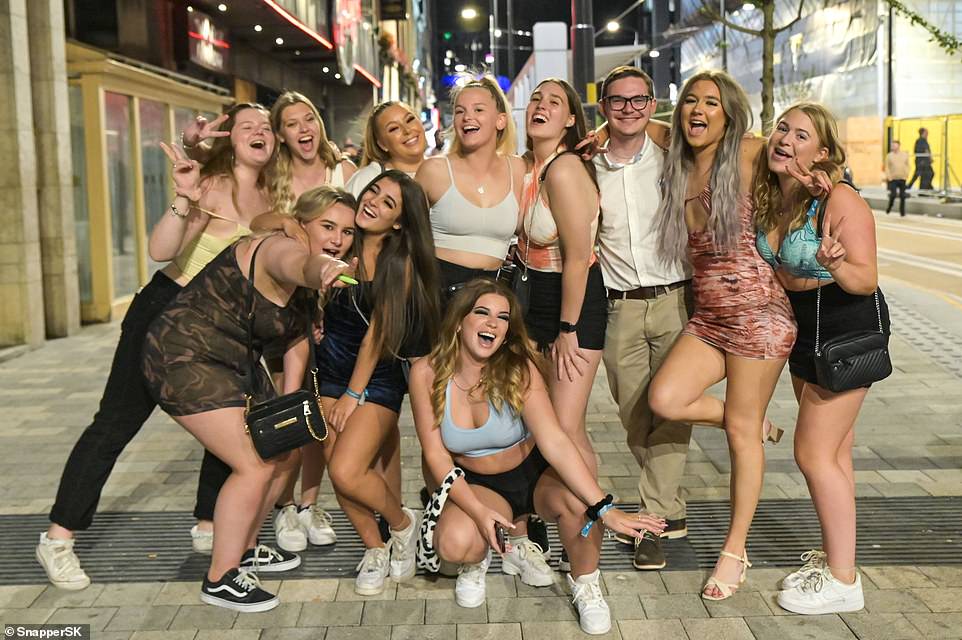 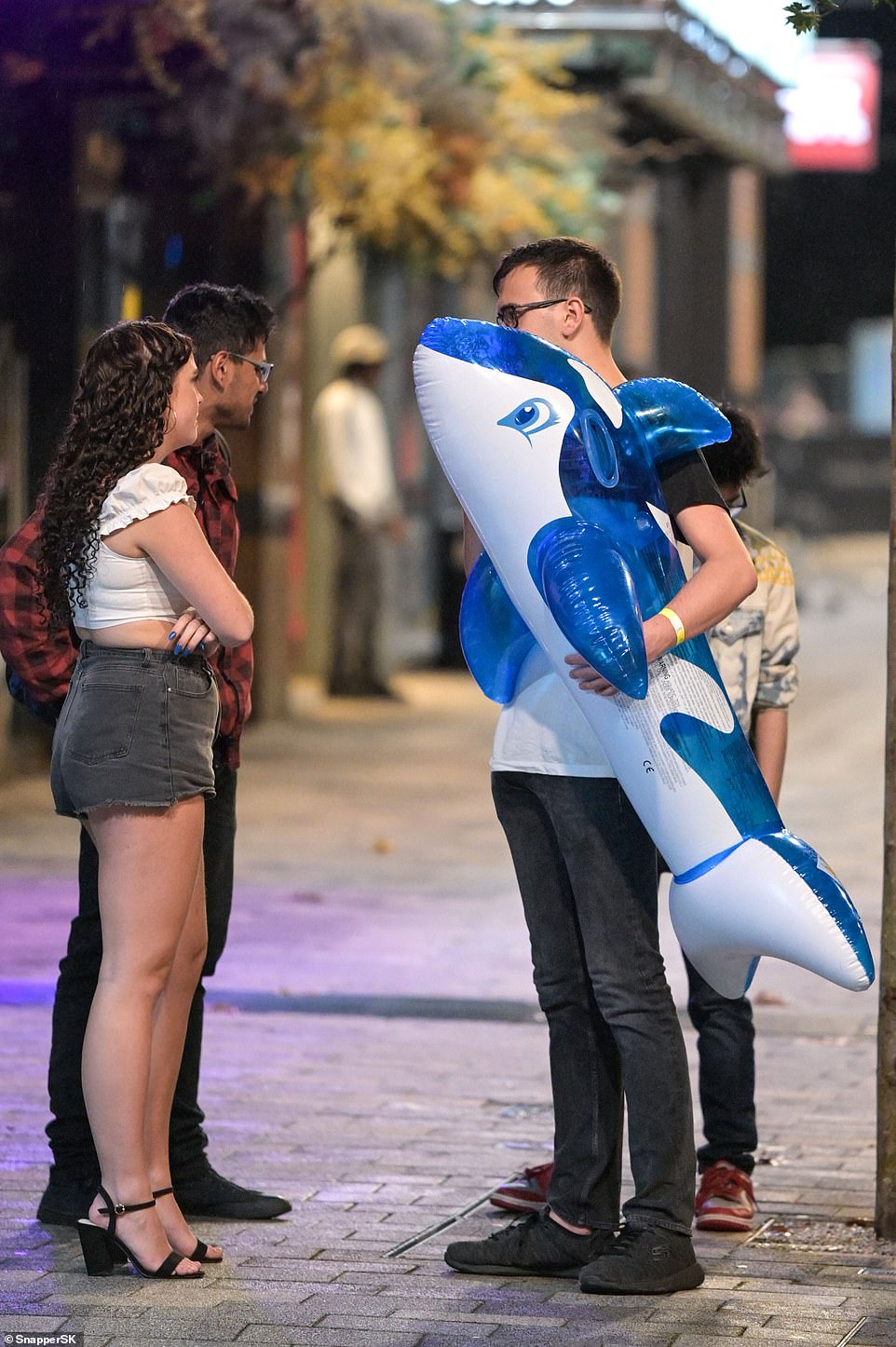 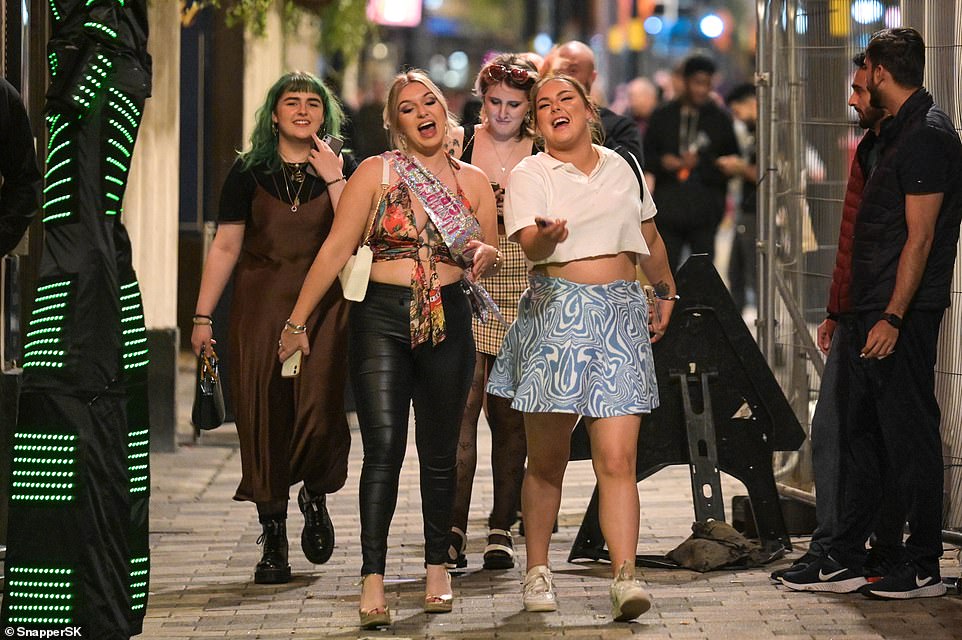 The students were making the most of their freedom after lockdown limits cancelled last year’s Freshers’ Week and restricted the events which did take place to groups of six and involved curfews.

This time round, clubs hosted student nights, one featuring a laser and neon rave, and another enticing punters in for a £1 entry fee before 11pm, as students returned in their thousands to enjoy a night on the town.

But some took the celebrations too far with at least two people being stretchered away by paramedics to awaiting ambulances and another young woman needing support from friends after falling onto the pavement.

Others kept things jovial, posing for pictures in their brightly-coloured outfits and one even stopping for a chat with friends while carrying his inflatable blue dolphin. 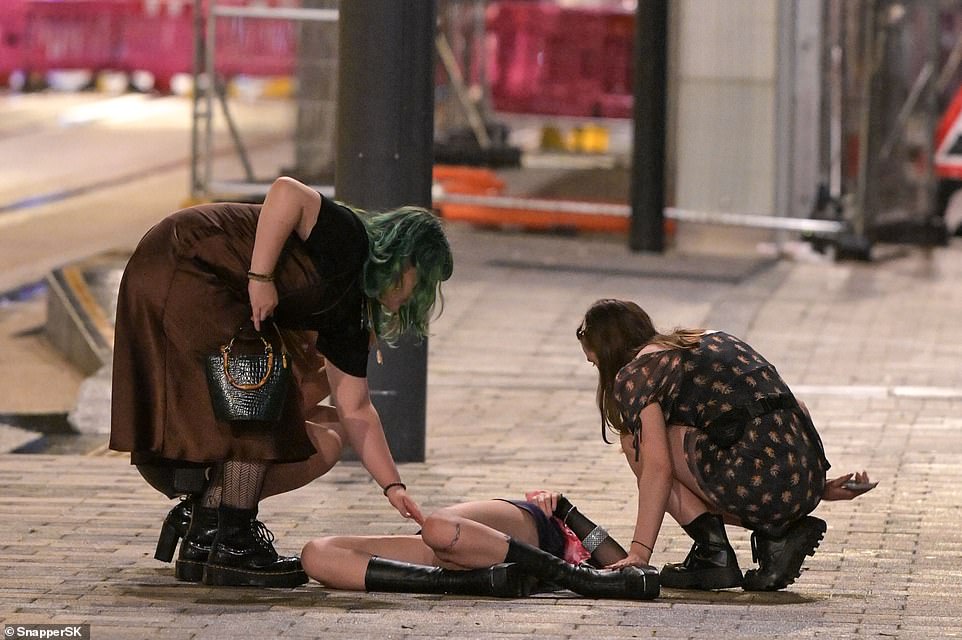 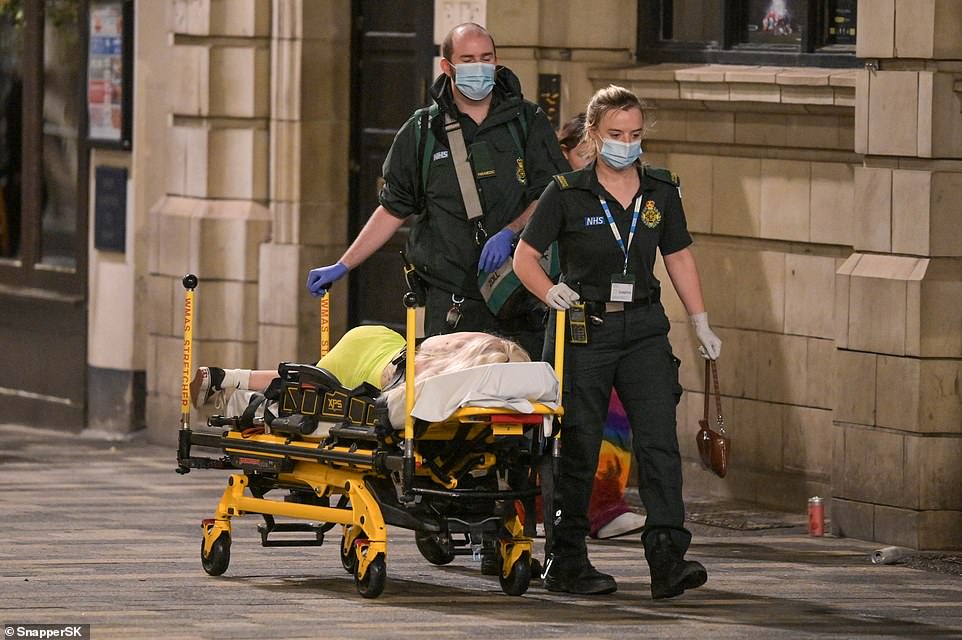 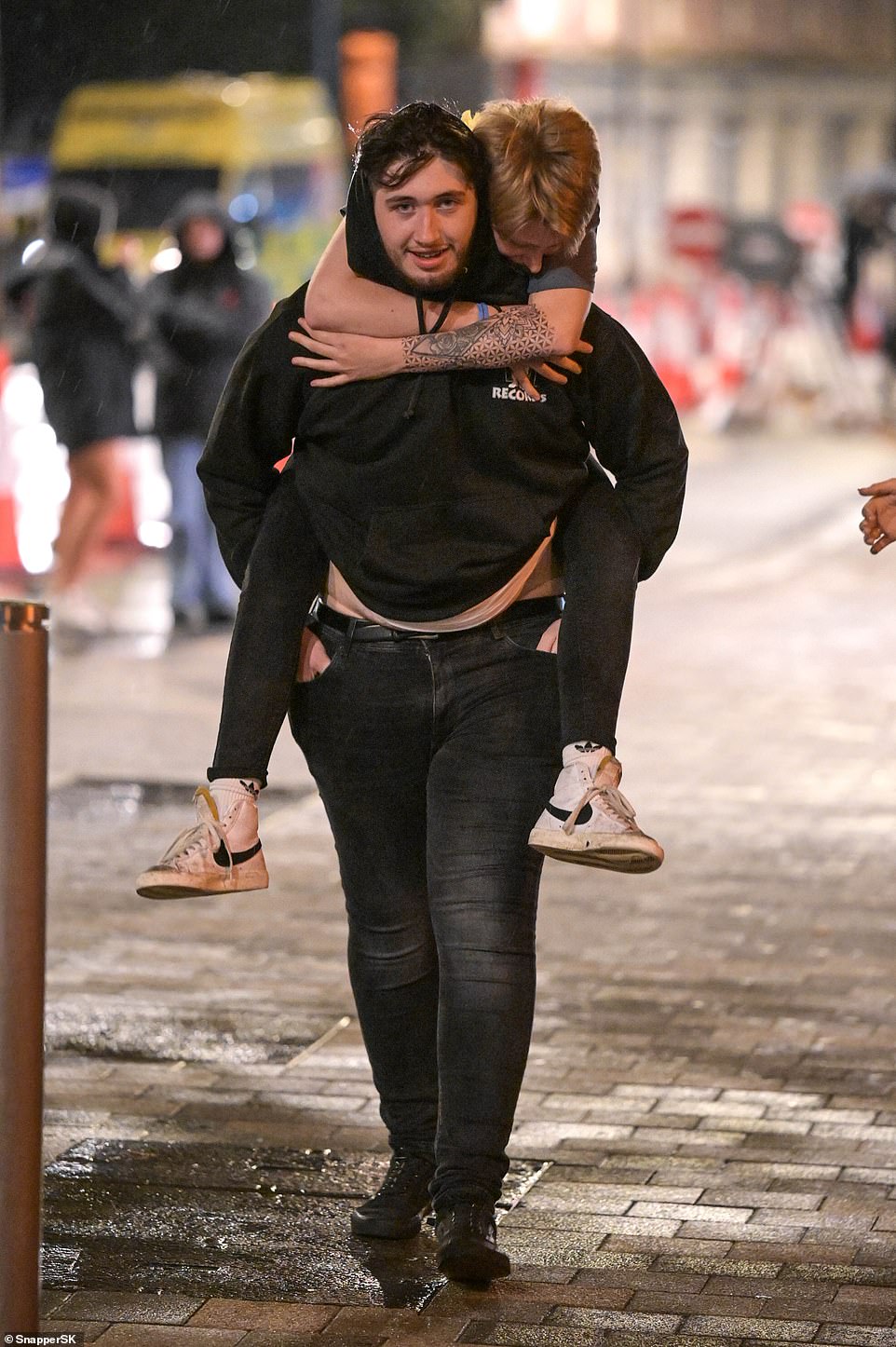 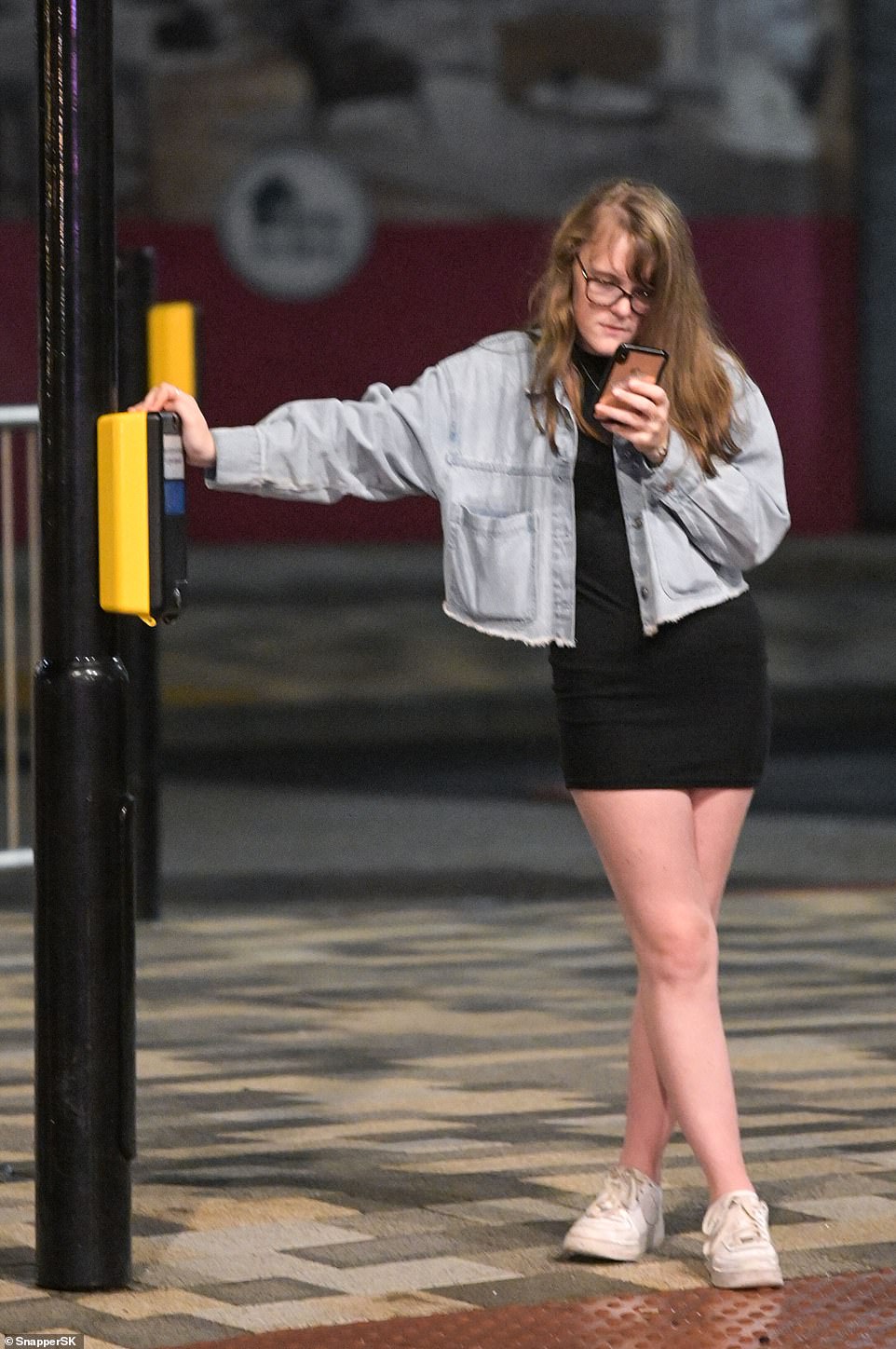 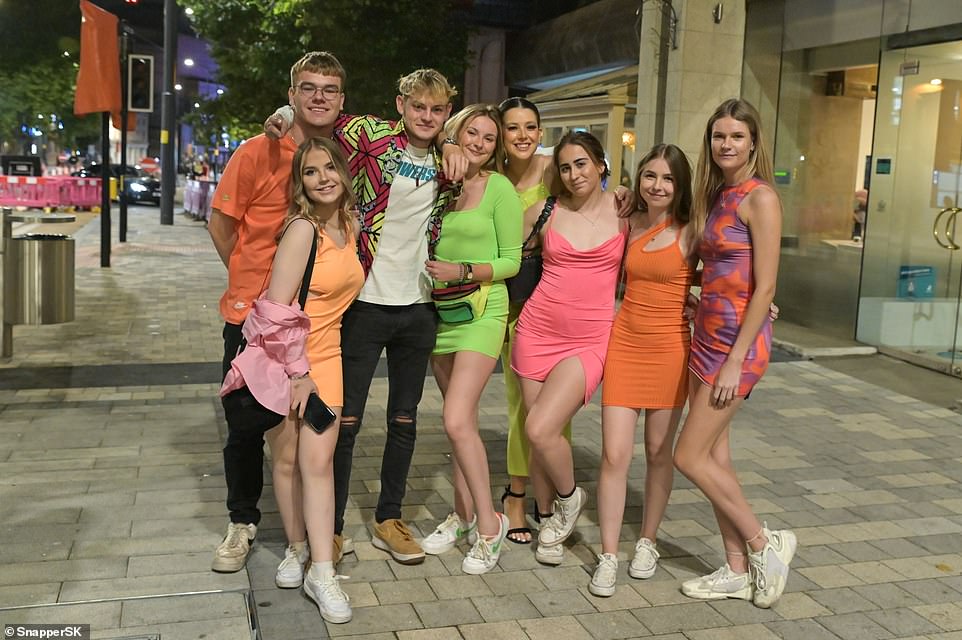 Students were back without restrictions after last year’s Freshers’ Week was cancelled due to the Covid pandemic, with groups limited to six and curfews imposed

Groups of newly-formed friends posed for photographs while others held their friends’ hand as they slept off the night’s party and alcohol on the cold pavement, while bouncers were also on hand to check on their welfare.

Police officers were also present but the night passed off without much hassle.

Freshers’ Week 2021 is continuing throughout this week and into the next with some universities returning later in the month than others.