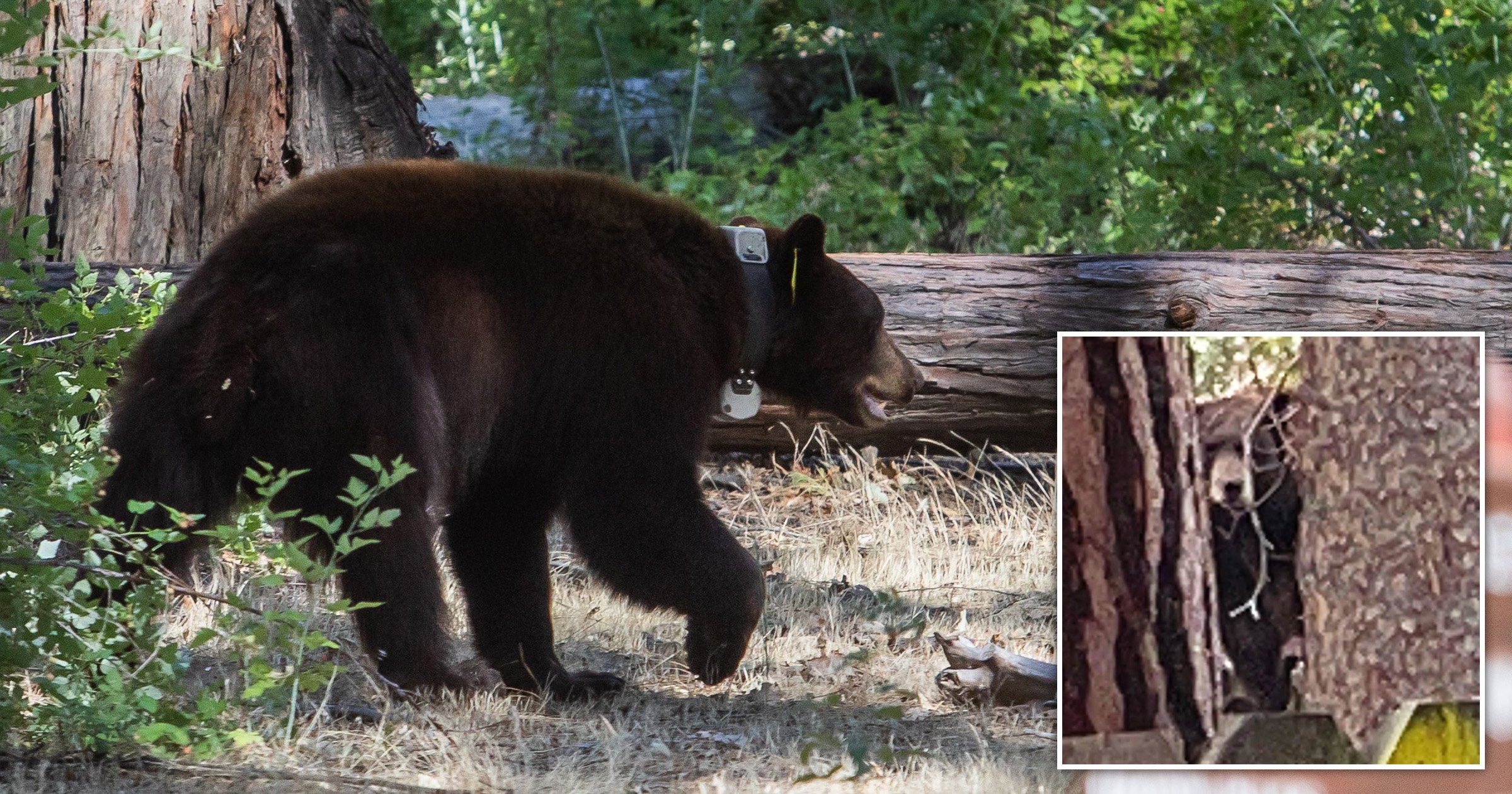 A group of bears has been discovered under a California home – after ‘snoring-like noises’ were ignored for months.

The furry family found a crawl-space under the house that was ‘just right’ to settle in ahead of winter.

Neighbours even suggested they were imagining the rumblings.

But when the bothersome bears woke from their hibernation in spring, the noise grew even louder.

A team from Bear League, a nonprofit group dedicated to helping humans and bears live in ‘harmony’ arrived to investigate.

They found a mother and four young cubs beneath the crawl space. One of the cubs was adopted rather than a blood relation, it emerged.

Bear League wrote on Facebook: ‘When it came time to go to sleep for the winter she [the mother bear] found a house with an unsecured crawl space opening and ushered all the kids inside and told them to be quiet and go to sleep.

‘It was a home where people lived and they thought they heard some odd rumbling, snoring-like noises but ignored it because it simply didn’t make sense.’

The family of bears was evicted safely by volunteers last week, who explained they never physically hurt the bears but that they can ‘hurt their feelings’.

The mama bear ran out first and watched on from behind a tree before her cubs trotted out after her.

Bear League executive director Ann Bryant told the Huffington Post: ‘The residents didn’t realize there were five bears under their house until we got there and told the bears to come out… and then we counted five.

‘They had just thought it was one very noisy bear.

‘Each winter, about 100 to 150 of our bears attempt to hibernate under homes here at Tahoe.

‘The Bear League is kept very busy moving bears out of these crawl spaces, often several bears each day.’

An electrical barrier was built at the home to stop the marauding mammals from returning.

Bear League has encouraged other Americans with crawl-spaces to take similar action.

Elsewhere in South Lake Tahoe, a 500-pound grizzly called ‘Hank the Tank’ has been roaming the streets.

He has essentially become a local in the Tahoe Keys area, often snacking from bins and sniffing round homes.

His story is similar to Juan Carrito, a brown bear who has long-since called the town of Roccaraso his unofficial home.

The Italian bear was banished after stealing from a local bakery, but walked more than 100 miles back from exile soon after.