The rout in U.S. equities appears likely to deepen until Federal Reserve officials change course on their monetary tightening plans, at least according to one strategist.

“I think you’re going to see selling pressure over the next couple of months until it becomes clear whether the Fed can indeed pivot and the economy can stay out of a recession,” ClearBridge Investments’ Jeff Schulze told Yahoo Finance Live on Monday. “But I’m seeing downward pressure as we move forward.”

All three major averages extended losses early Monday after settling at four-week lows at the end of last week. The Nasdaq sank 3.9% on Friday and the S&P 500 plummeted 3.3% in the worst one-day drop for both indexes since mid-June. The Dow shed more than 1,000 points.

The renewed risk-off mood came after comments from Fed Chair Jerome Powell dashed prospects for a rate cut in the near term at a speech at the Jackson Hole economic symposium last week.

Ahead of Friday’s speech, some investors had hoped softening economic data would prompt the U.S. central bank to scale back its current plans to raise interest rates. Instead, Powell asserted restoring policy stability would require “maintaining a restrictive policy stance for some time.”

“I think it became obviously clear that the Fed removed the punch bowl from the party, and the drunkest asset class out there has been equities,” Schulze said. “[Stocks have] been pricing in a dovish pivot — a softish landing, if you will — and Powell reminded everyone that inflation, and bringing that down to more normalized levels, is priority number one, even if it is to risk a recession.”

Although inflation has shown signs of moderating, figures continue to run hot — and well above the Fed’s target of 2%. Powell indicated last week another “unusually large” rate hike was possible in September after policymakers increased rates by 75 basis points in June and July. 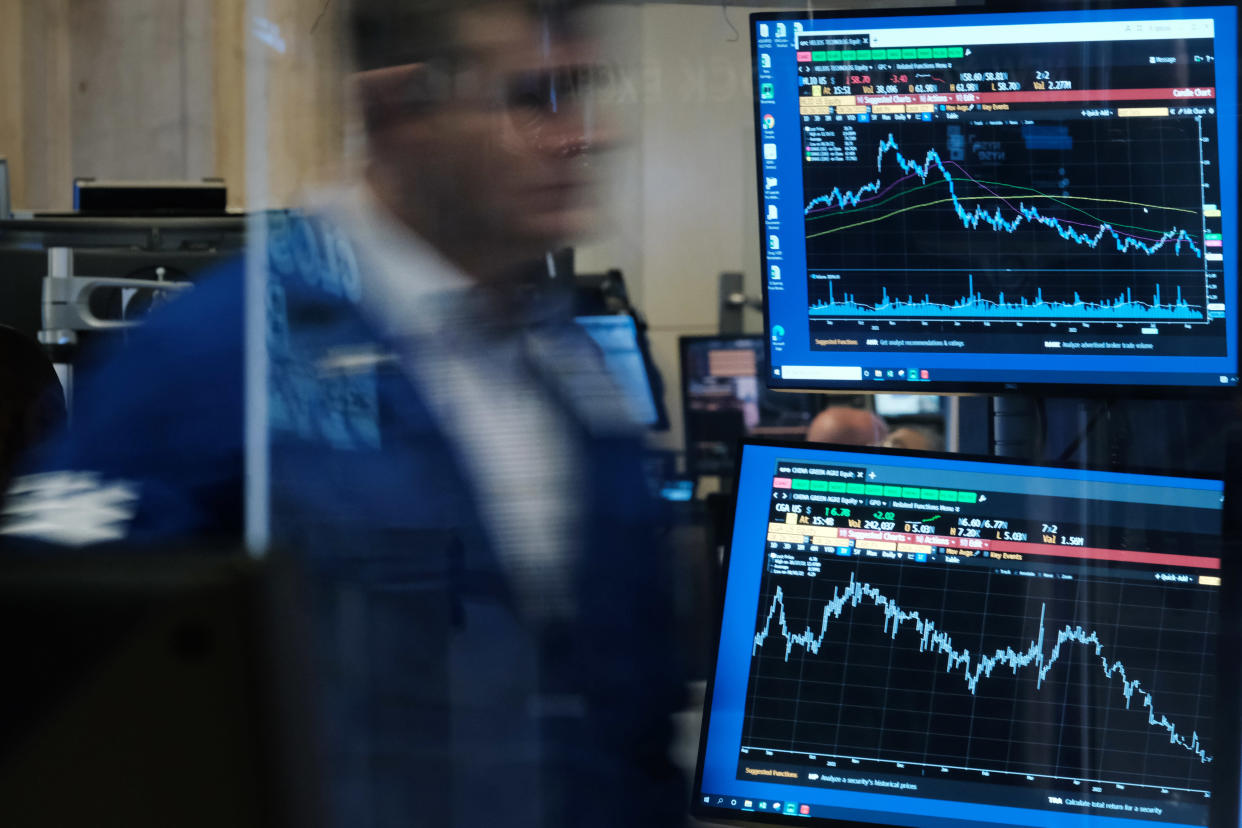 A temporary rally earlier this summer granted some reprieve to the stocks hardest hit this year, but rate-sensitive technology names are back to leading losses as investors brace for continued hikes.

“If the 10-year Treasury is going to stay at elevated levels because of a more hawkish Fed, I think that means more pain for the tech sector, because a lot of their value is derived from discount rates,” Schulze said.

Schulze also noted markets may take their cue from downward earnings revisions in the remaining part of the year, also adding current expectations may need to come down 10-15%.

“I think the path of least resistance for the market is down from here,” Schulze said. “Until Powell’s anti-pivot speech on Friday, I thought we probably had a bit more juice in this bear market rally, but given the fact that is no longer a reality, I think the markets are going to reprice a slow economic environment.”

Click here for the latest stock market news and in-depth analysis, including events that move stocks