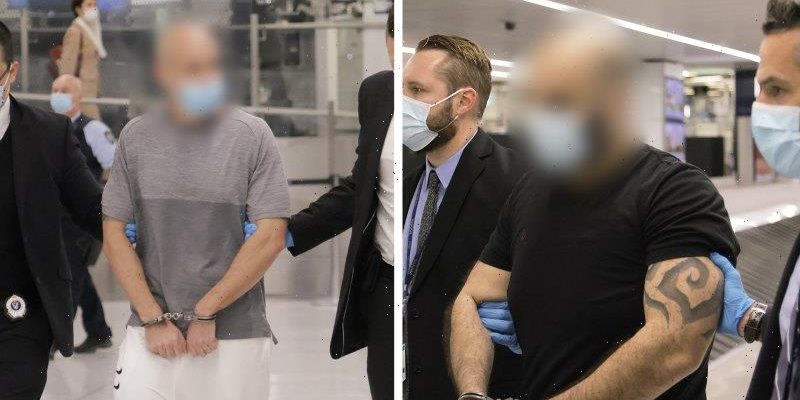 Shortly after 2pm on April 24, 2015, Matthew John Battah was stopped by police officers as he approached his parked car on York Street in the Sydney CBD.

The officers, investigating the large-scale importation and distribution of illicit drugs, had been watching him as part of Strikeforce Millstream since late 2013. 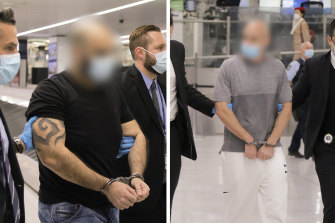 Battah was asked to hand over his bag because police wanted to seize his phones.

Suddenly, according to police, Battah stepped off the footpath, away from police and onto the road. Police allege that Battah then put his right hand into his bag and took out an encrypted BlackBerry phone. 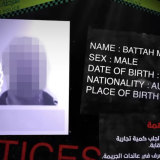 An Interpol Red Notice issued for the arrest of Matthew Battah. Credit:Dubai police

Before police could intervene, Battah smashed it on the ground, police say, breaking it and causing the battery to dislodge.

Despite a search of his home that day uncovering more than $100,000 under his bed, Battah flew out of Australia the next day to Los Angeles on a pre-booked holiday.

It would be the last NSW Police would see of him for five years. 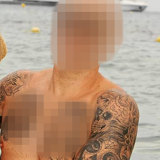 Benjamin Neil Pitt, 38, was extradited from Dubai and has been charged over large-scale drug importation and money laundering.

They have been charged over their roles in three drug importations, allegedly importing tonnes of methamphetamines and MDMA worth hundreds of millions of dollars into Australia in shipping containers and via air freight.

They are also accused of dealing in the proceeds of crime as part of a criminal syndicate that earned $54 million and funded a lavish lifestyle of cars, jewellery and property.

But, according to a police statement of facts obtained by the Herald, the investigation involving NSW Police, Australian Federal Police and the NSW Crime Commission has uncovered alarming links between organised crime and authorities in Australia, including the Tax Office and NSW Police.

One syndicate member allegedly attempted a money laundering cash drop valued at $150,000 to a cash collector employed as a senior compliance officer at the ATO outside the tax office headquarters in Sydney as the pair headed for the lifts that would take them inside. Arresting police stopped them both.

The car the syndicate member drove to the drop had a portable radio similar to those used by NSW Police officers, police allege. And with it was an internal NSW Police document listing the radio channels used by NSW Police in the Sydney metropolitan area as well as frequencies used by police undertaking special operations.

Police confirmed the printout appeared to be a photocopy of an original police document.

The police statement of facts against Pitt and Battah reveals in minute detail the alleged logistics involved in moving tonnes of illicit drugs from Europe to Australia –including the exploitation of practices that allow Australian removalist companies to take containers from ports and freight from airports before they have cleared customs, holding the cargo on bond on their own premises awaiting clearance, where criminal organisations can gain access.

Also detailed is a financing system known as hawala that allows money to be laundered without a dollar crossing borders or being disclosed to authorities by balancing accounting ledgers on the books of shady international operators.

The document also reveals the links between some former high school friends from Mascot who worked in the logistics industry as electricians, scaffolders and tradesmen, and were allegedly drawn to the potential riches of illegally importing and distributing drugs. 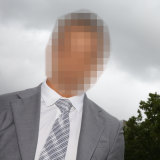 Savas Guven is named in the police statement of facts against Pitt and Battah as a key figure in the syndicate.Credit:Kirk Gilmour

Police allege that the Millstream syndicate was headed by Pitt, Sydney businessman Savas Guven, and Guven’s cousin Erkan Keskin, the former head of the Lone Wolf motorcycle gang and a former Turkish soldier known as ‘‘Eric the Wolf’’.

Keskin, who has not been charged, left Australia about the same time as Pitt and Battah, and has never returned.

Battah, police say, was the record keeper for the syndicate, maintaining ledgers with code names and movements of cash and drugs that police say is key to their case. He was involved in co-ordination of both importation and trafficking activities, police say. 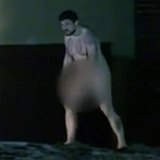 Erkan Keskin earned the nickname the “naked bikie” after a 2015 incident in Luddenham.Credit:Seven News

Police say encrypted BlackBerry messages and phone records provide a clear view into how the syndicate was operating, the hierarchy of who was involved, what roles they played and the dynamics of how the imports, drug supply, manufacture and money laundering took place.

The top echelon are alleged to have communicated via encrypted BlackBerry devices fitted with extra secrecy software known as Phantom Secure that made them difficult to crack and allowed them to be wiped by others remotely if they fell into the wrong hands.

Police allege that Pitt and Battah, who were directors of a western Sydney electrical company, operated under the BlackBerry user handles Sparky and Gangster.

Guven, known as Rock, ran a scaffolding business employing numerous of his former Mascot schoolmates, who were drawn into the logistics side of the drug business, police allege.

Guven and Pitt were benefactors of a charity, ‘Against the Odds’. Pitt allegedly had property and horse racing interests with another syndicate member. Guven allegedly arranged helicopter flying lessons for the same syndicate member. Police allege that as lead members of the syndicate, Pitt and Guven organised the importation of border controlled drugs into Australia for wholesale distribution on the domestic market.

Police also say they have evidence Pitt actively sought out large quantities of prohibited drugs at wholesale prices for the purpose of on-sellingand international criminal syndicates that could provide him drugs for importation into Australia.

Battah was in a highly trusted and pivotal position, including responsibility for directing others on storage and couriers.

The syndicate used a strikingly similar methodology for three consignments in 2013 and 2014, police say.

All three consignments originated in Europe, with links to Spain and Germany, and they all were described as “unaccompanied personal effects”, which were supposed to be household items (furniture, clothing) delivered to an individual who was moving to Australia or an Australian who was returning after living overseas.

Guven allegedly used fake email addresses he set up at locations including a Neutral Bay convenience store near his Mosman residence to establish contact with moving companies in Europe and Sydney.

The syndicate allegedly had an associate working within Chess, ensuring the containers were accessible, referred to in the police statement as providing a “door” through the customs regime.

The first consignment, of 540 kilograms of MDMA, allegedly arrived in Australia from Spain in December 2013 – but it was not stopped by authorities, who instead observed syndicate members as they plotted the logistics of moving the consignment.

A week before the arrival of the first consignment, police allege Pitt and Guven traded messages about the contact details of the proposed truck driver.

Then, shortly after 7.30am on Christmas Eve, a week after the consignment arrived, police say they observed Pitt enter a property in Erskine Park, leaving with a black sports bag, which he took home to western Sydney.

He later visited an address in St Clair, where police say he spoke with a man they allege to be Erkan Keskin, the Lone Wolf bikie, referred to as “ol’ mate”. While this conversation took place, two men arrived at the home in a black Jeep Cherokee – one of whom is alleged to be Guven.

Later that week police allege Pitt and Guven discussed catching up with their families at Guven’s Mosman home in Botanic Avenue.

Authorities would be watching, surveilling and infiltrating the syndicate over the next year.

Undercover police infiltrated the network, installing a surveillance device in one of Battah’s cars, and even played the role of cash collector when Guven is alleged to have attempted to hand over large amounts of money on his drops to hawala collectors.

Between early 2014 and early 2015, police allege the syndicate laundered $11.1 million via cash deliveries, including from Guven, to cash collectors working for money-laundering syndicates –with the money making its way back to the United Arab Emirates and the Netherlands.

Guven allegedly took a lead role in the cash drops, performing them in clandestine meetings in the McDonald’s Cremorne car park, in the back of a taxi, and in full view on suburban Sydney streets in Crows Nest using shopping bags, plastic work buckets and plain brown cardboard boxes.

But with police watching the alleged money laundering throughout 2014, they were also watching preparations for two further consignments – one via a similar shipping container and another via air freight.

When police intercepted a 2014 consignment in a shipping container and replaced tonnes of drugs with inert substances, it was the unpacking crew, including Guven’s school friends, who were arrested.

Police allege that Guven was in his St Leonards office directing events in the small hours, including providing a checklist, before his friends’ phones went quiet after authorities moved in.

As the noose tightened, Pitt and Battah made arrangements to take holidays and successfully left the country despite police interest. Investigations continued for five long years.

Then in June last year, police received information that Pitt and Battah were making plans to leave Dubai and so, with the co-operation of local authorities, had the pair arrested under an Interpol Red Notice.

Last Wednesday night, Pitt and Battah arrived back on home soil and were charged. They face the prospect of life in jail if convicted.

On Thursday the men faced Central Local Court, where they did not apply for bail and it was formally refused. The matters return to court in November.