SOUTH Korea's capital Seoul has shut down 2,100 bars and other nightspots as a spike of new coronavirus infections was blamed on partygoers.

The country has largely been successful in dealing with the outbreak, but saw a surge of new cases after nightlife venues were opened up last weekend. 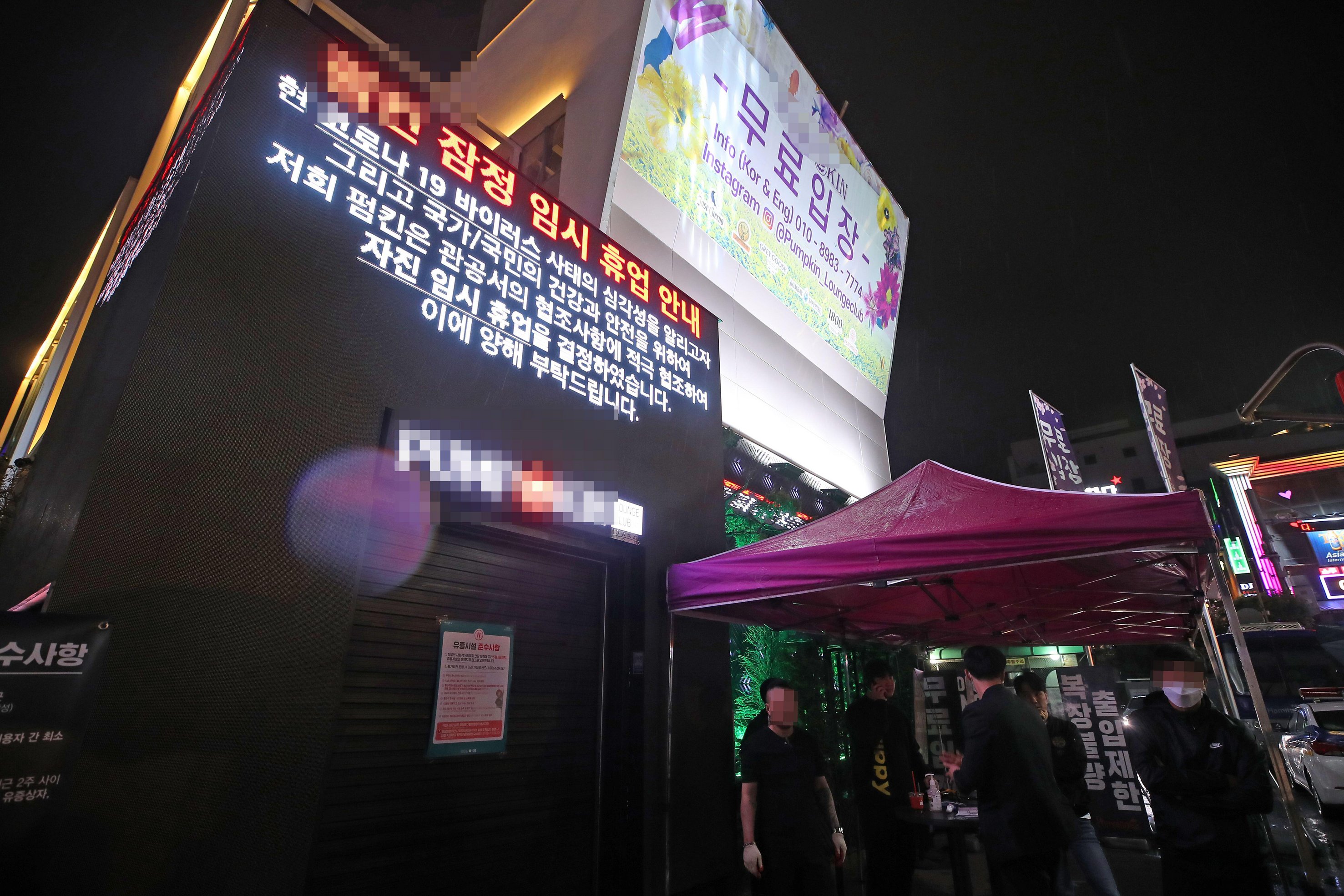 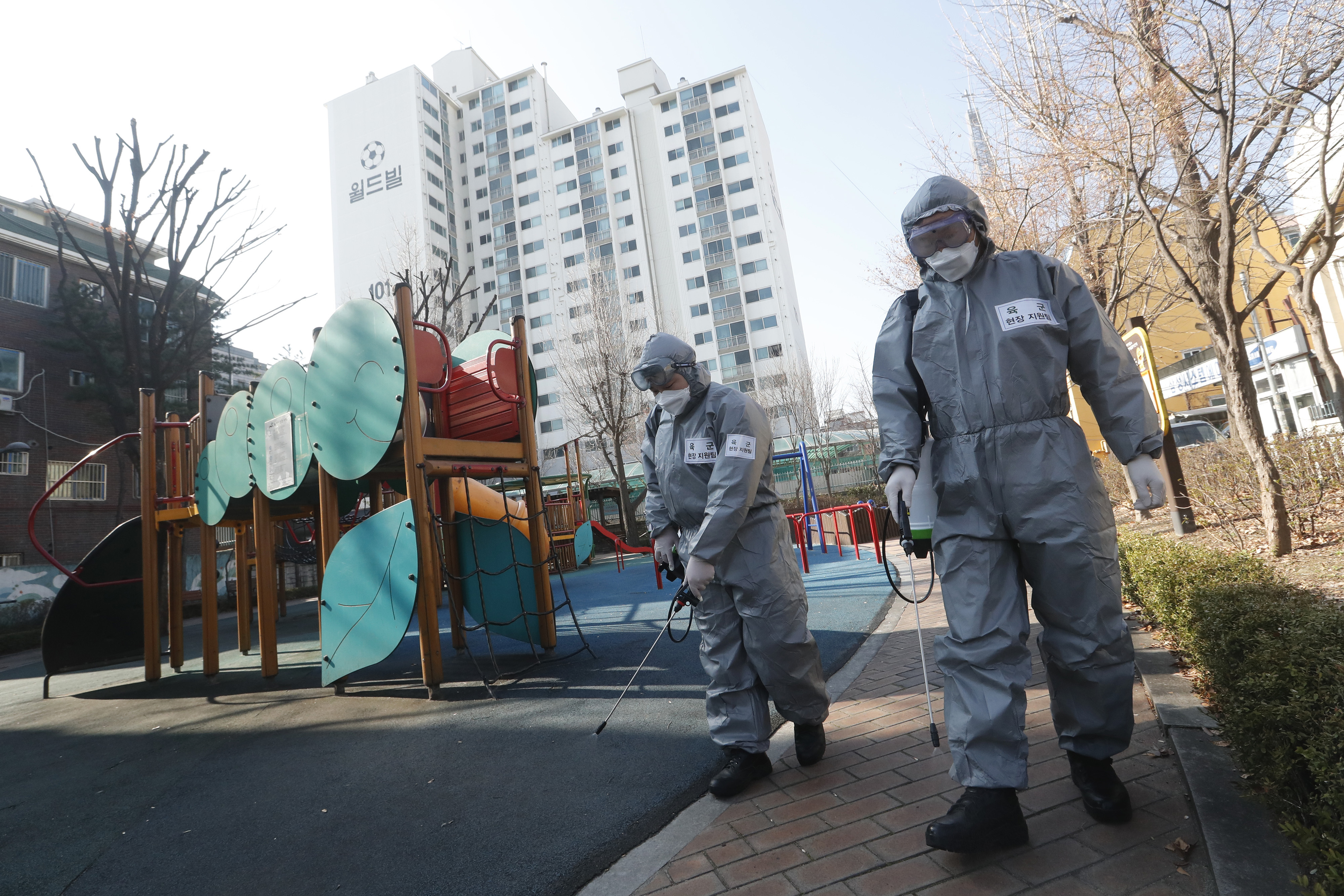 Nightlife hotspots across the country were already subject to strict measures – including social distancing, temperature checks and wearing masks.

Seoul Mayor Park Won-soon said on Saturday that these would remain in place until data proved that the infection rate had slowed significantly.

It comes after health authorities linked around 17 new cases to a 29-year-old man who visited three separate nightclubs in the city's Itaewon district last Saturday, before testing positive for Covid-19 a few days later.

The worrying spur in cases instantly prompted the Mayor to shut down nightclubs, hostess bars and discos across the city.

And it has left health workers rushing to trace the 1,940 people who visited the three same nightclubs.

The country was one of the first to be hit by the pandemic in late January, and dealt with it through a highly successful policy of contact tracing and mass testing.

Their main football league, the K-League, also resumed from May 8 behind closed doors following weeks of decreasing infections.

But players are strictly forbidden from handshakes, and are not allowed to speak to each other during the match. 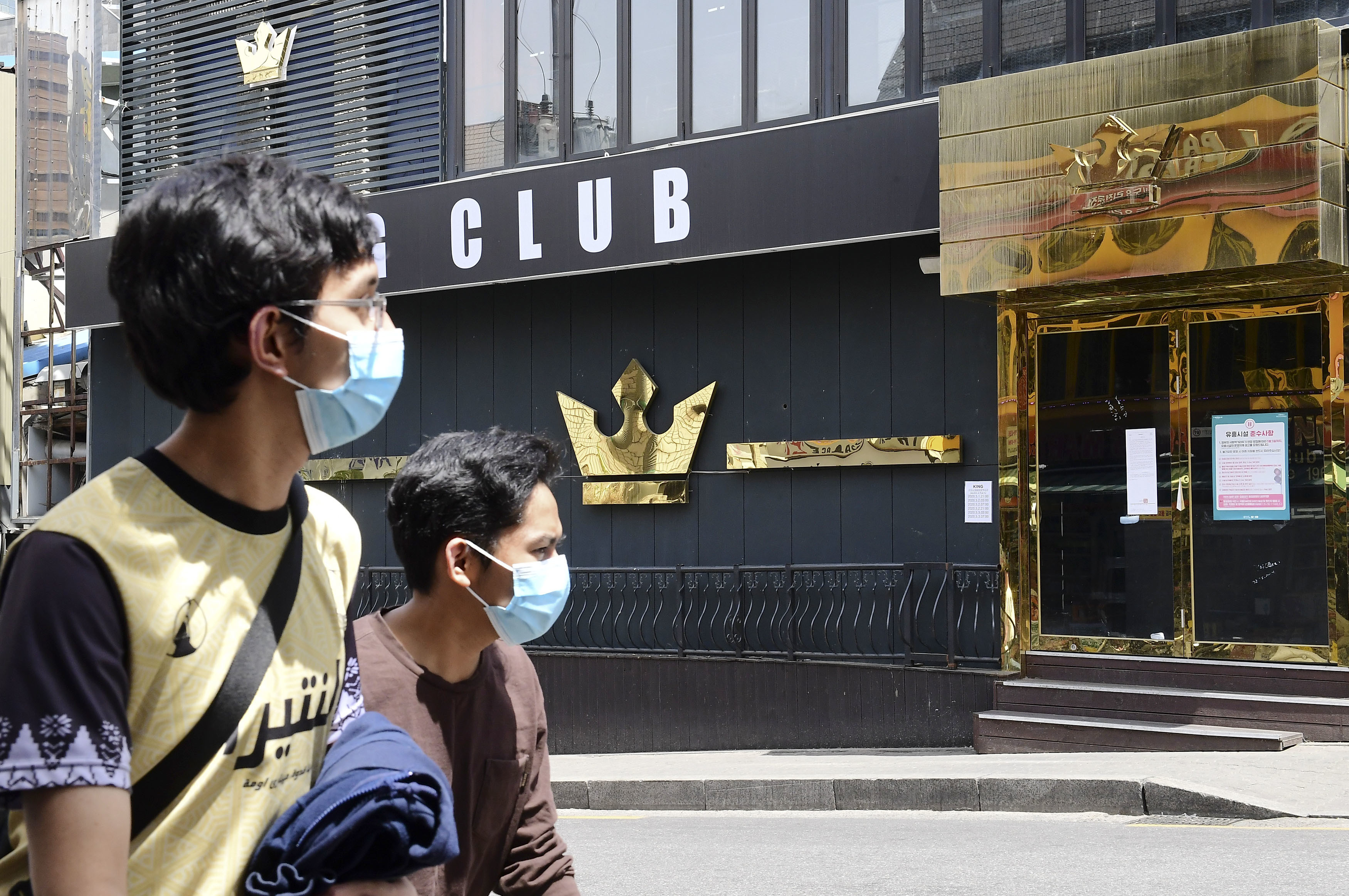 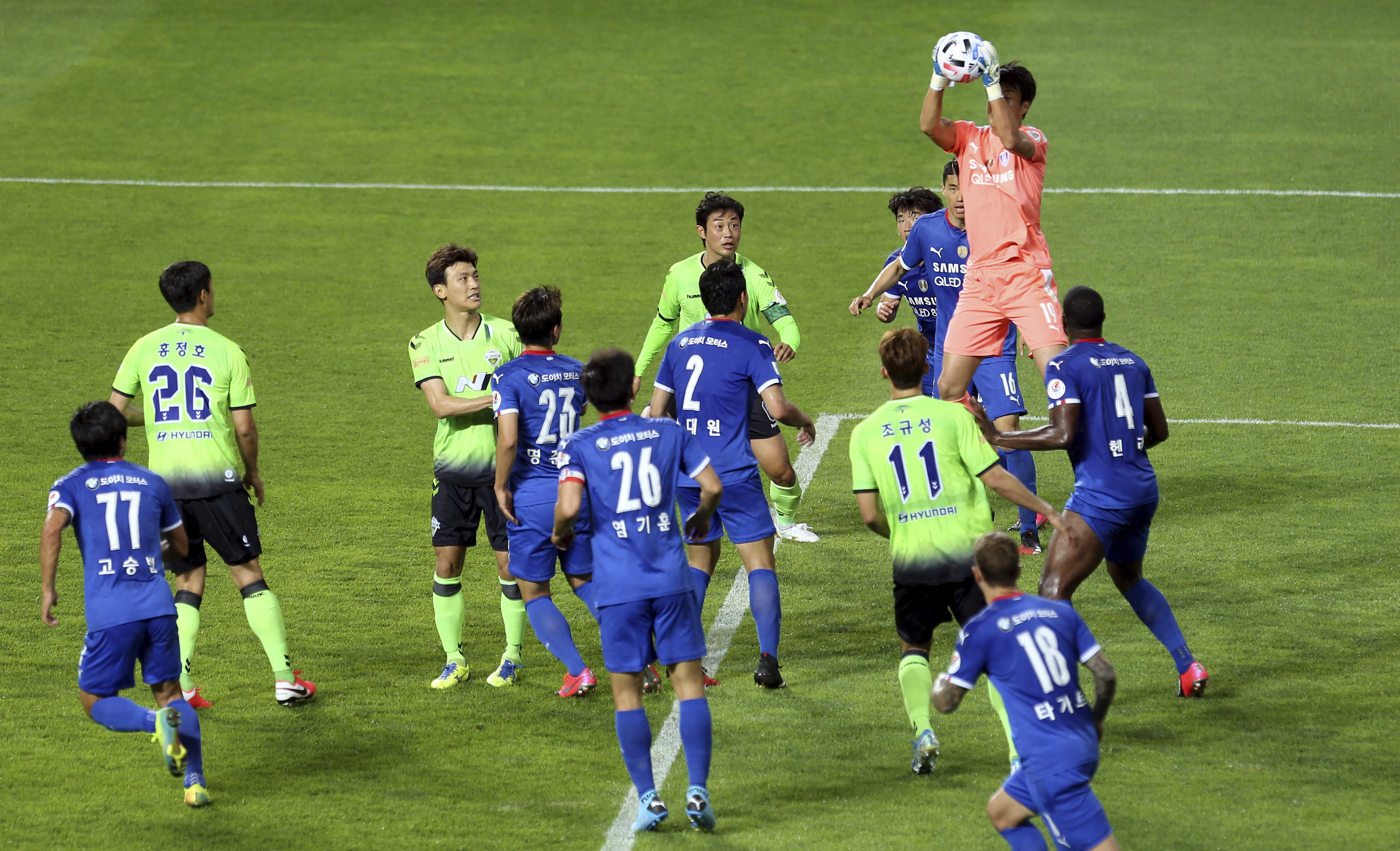 It comes as other countries are wrestling with how to open up while also preventing a second outbreak of the deadly virus.

Germany, which also imposed a similar track-and-trace strategy, has faced a similar dilemma after facing outbreaks at three slaughterhouses earlier this week.

Towns in three separate  regions of the country were forced to pull a u-turn on lockdown measures after the spike in cases, with all three slaughterhouses closed and staff immediately tested.

The virus, which is believed to originate in Wuhan, China, has infected nearly 4 million people and claimed the lives of over 275,000.

In Europe, the hardest-hit countries are beginning to ease out of lockdown, with Italy allowing the reopening of small businesses and Spain allowing some beaches to open last week.

But in other countries, lockdown measures remain, such as Russia, which was forced to hold subdued celebrations for Victory Day on Saturday.

The UK, meanwhile, has now been in a strict lockdown for seven weeks.

Prime Minister Boris Johnson is expected to only make "modest" changes on Sunday, which could include the opening of garden centres. 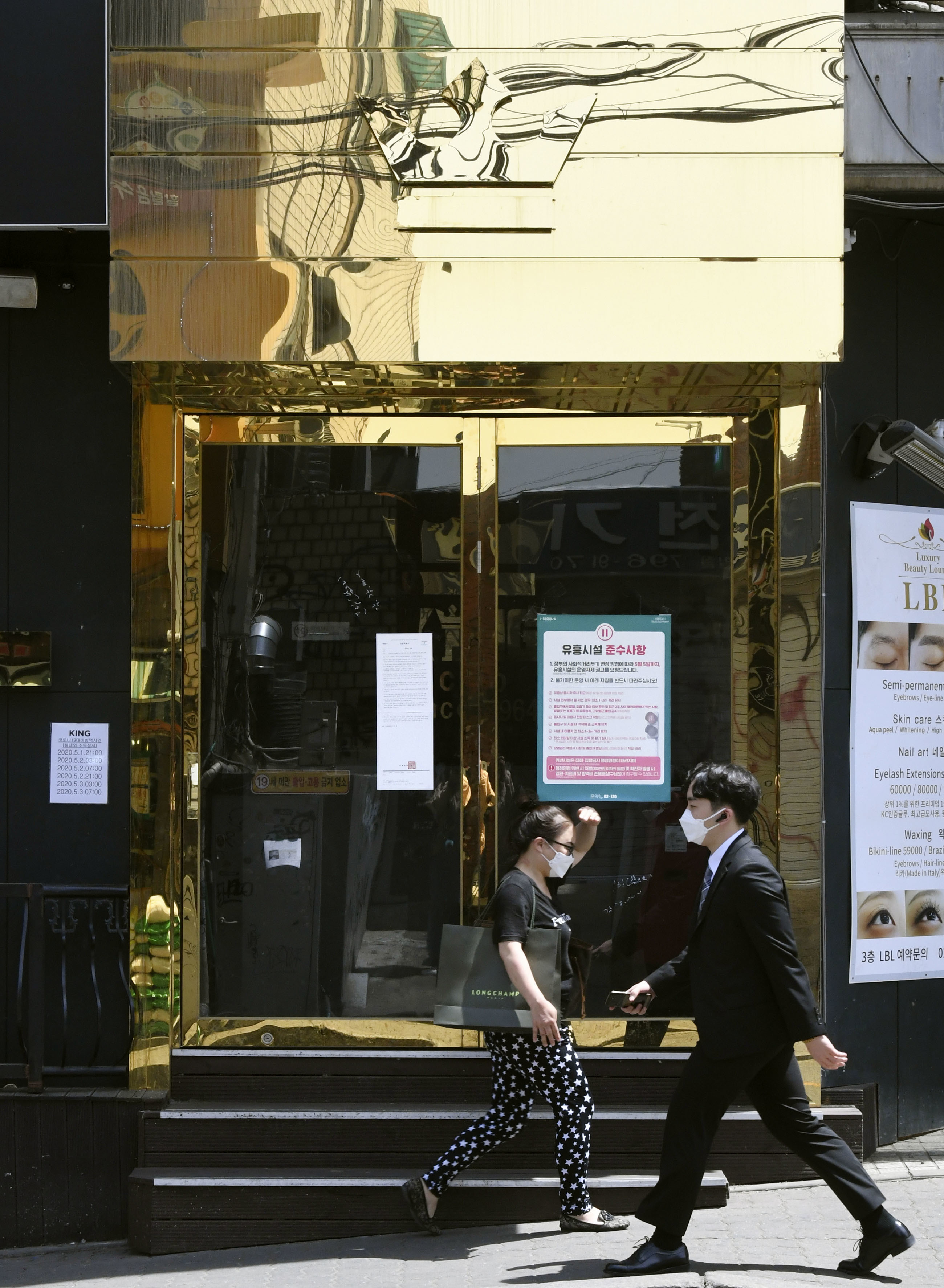 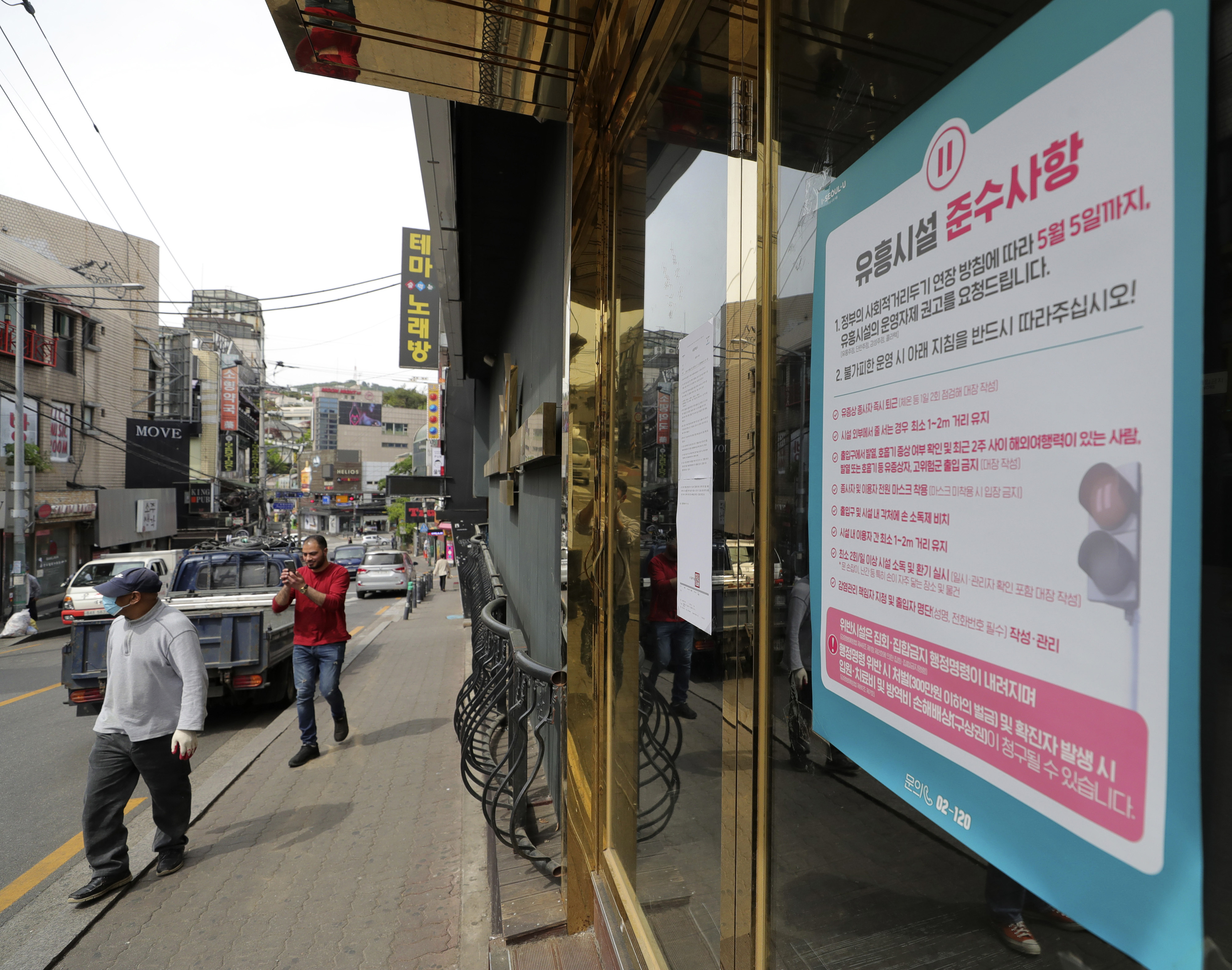 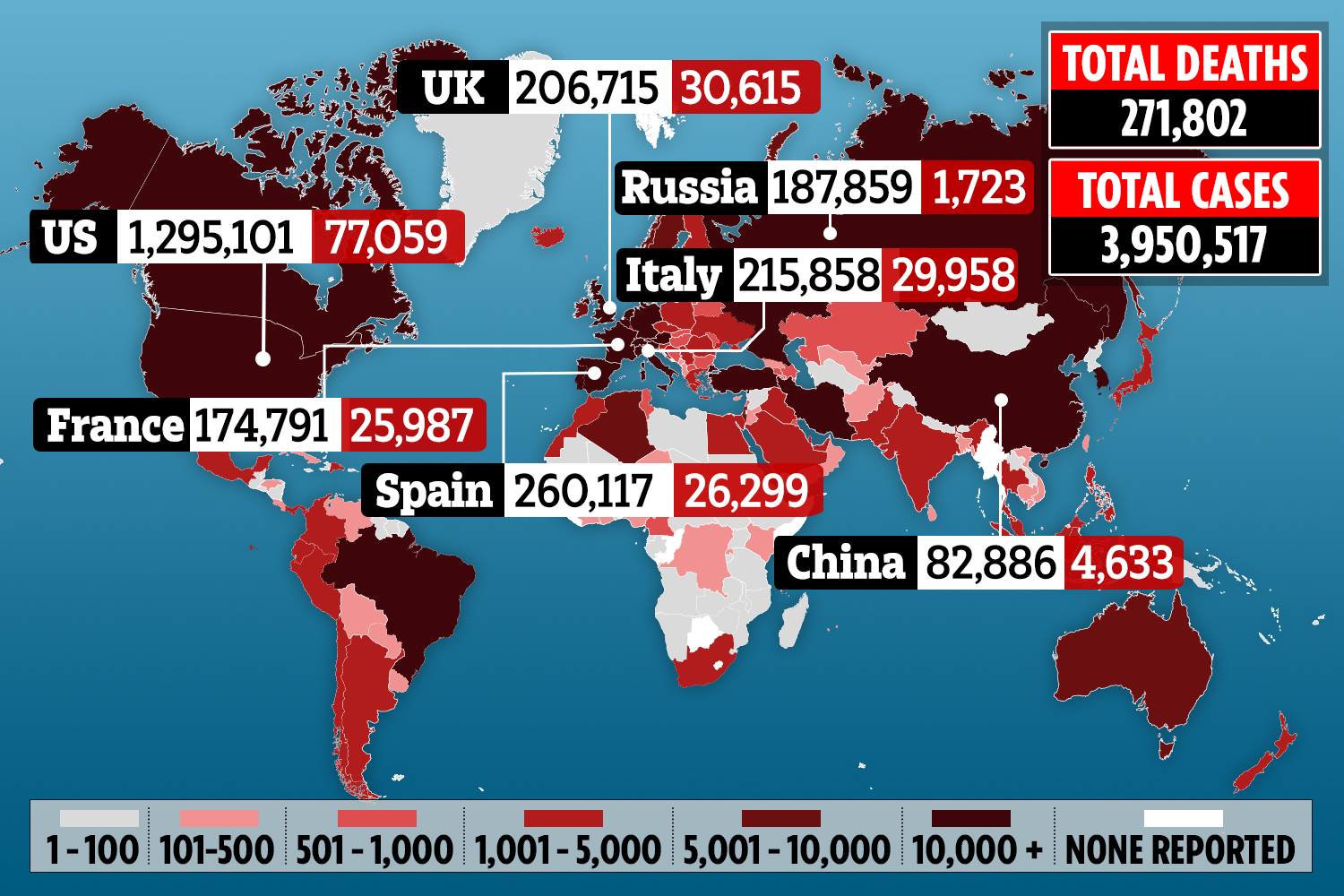 Tom Holland Is Getting Started On ‘Spider-Man 3′, Won’t Reveal Anything: ‘I’ve Learned My Lesson’
We and our partners use cookies on this site to improve our service, perform analytics, personalize advertising, measure advertising performance, and remember website preferences.Ok