Bumping and grinding on the dance floor of nightclubs is back alongside standing up to have a beer at the pub and jumping in to the sweaty mosh pits at gigs.

Life is set to return to almost normal across Victoria with nearly all remaining restrictions being lifted from 11.59pm on Thursday night, a week ahead of schedule. 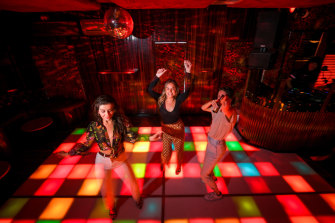 Alyce Merrilees, centre, with friends Eliza Hilmer and Christina Mcdonald will be back on the dance floor at OneSixOne nightclub when it reopens.Credit:Eddie Jim

The changes come as the state recorded 1007 new COVID cases and 12 deaths overnight.

Premier Daniel Andrews said with Victoria almost at 90 per cent vaccinated there would be no limits on visitors to the home and no caps or density limits for cafes, restaurants and bars.

“Whether it’s 100,000 people at the MCG on Boxing Day, or a smaller group of people standing up at … the local pub having a beer, this is the COVID-normal that every Victorian has built,” he said.

Masks are no longer required in workplaces such as offices, but will still need to be worn by hospitality and retail workers and retail customers.

Live music venue owner Liam Alexander said the end to restrictions offered a reprieve to his business, Carlton’s Colour Club, which faced a “rolling nightmare” through the coronavirus pandemic.

Mr Alexander said the lifting of density restrictions would undoubtedly save many small venues such as his.

“The number of tickets I have refunded or rescheduled or transferred is in the thousands for sure,” he said. “The only thing that’s been propping us up recently is funding really and as much as that’s being welcomed, nobody that I know in this industry enjoys their business being funded by the government.”

Colour Club was previously restricted to 100 clients but now can increase its numbers to 290 which Mr Alexander said was the difference between just surviving and running a profitable business. 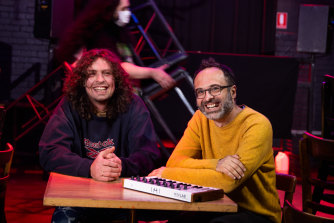 “There’s just been a void in our lives in the last 20 months,” he said. “It’ll give us a sense of purpose, with what we do mattering again when the dance floor is full.”

Composer and musician Luke Howard is preparing to return to the stage for his first gig back after seeing the music industry “gutted” by the pandemic, a performance at the Recital Centre for Melbourne Music Week in December.

“The emotion will probably come after the gig once we’ve got through it, hopefully without any mistakes,” he said.

Alyce Merrilees plans to be on the OneSixOne dance floor as the clock strikes midnight. “I can’t wait another second,” she said.

The 35-year-old said she was ecstatic when she heard that nightclubs would open on Thursday night.

“I was posting on my Instagram straight away ‘let’s dance’, posting pictures of us dancing,” she said. “It’s been a long time coming.”

The Prahran nightclub is preparing to fill its famed 1970s style light-up dance floor for the first time since before the pandemic started.

“We’re over the moon. It’s been a very dark 18 months,” co-owner Hank Oudendyk said. “It’s like almost going back to normal.”

Others were excited about propping up a bar again.

Willow Humphreys, co-owner of Spensley’s restaurant and wine bar in Clifton Hill, said she was looking forward to locals being able to pop in for a drink.

“We opened in October 2019 and we never really had a chance to blossom to our full potential,” she said. “Now it feels like we can have a clear run. We have really missed the bar section and being able to have people stand there and have a quick beer or glass of wine.”

Offices around the central business district are expecting to see waves of workers return with the removal of the mask mandate. 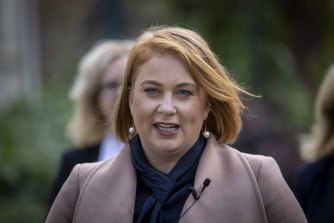 NAB group chief operating officer Les Matheson said the changes were “fantastic news” and he expected the number of NAB employees returning to the office to continue to increase in the leadup to Christmas.

“Once our offices re-open in the New Year following Christmas shutdown, the expectation is that our colleagues will be ready to go with hybrid practices of two to three days per week in the office,” he said.

The Property Council of Australia is expecting major city employees to follow NAB’s lead with a significant number of workers tipped to come back into the CBD after months of working from home.

Victorian executive director Danni Hunter said the changes were “incredibly exciting” for Victoria which had taken a long time to remove restrictions.

“I think there will be a lot of people breathing a sigh of maskless relief that we have made it to this point,” she said.

Victorian Chamber of Commerce and Industry chief executive Paul Guerra said the flow on effect of office workers coming back would be significant.

“You’ll start to see the CBD coming back because office workers will come back in, you’ll see venues really at full capacity, we’ll see more and more people out we know as venues are full that spills into retail,” he said.

Mia Roth, 36, of Brighton East, has a toddler in childcare and a newborn baby at home and said the changes would make a big difference.

“I feel relieved, even though it’s not perfect,” she said. “Helping to make sure that your kids still get access to childcare and school then I think it’s really important that they don’t just make them have to isolate and then also not have to shut down the school.”

One restriction the government has not yet eased is the requirement for masks in retail settings which will remain until December 15.

Non-essential retail settings will only be open to fully vaccinated customers, children aged under 12 years and two months, or those who have valid exemptions.

Shoe retailer Bared Footwear which has stores in the CBD and Armadale took a hit during the pandemic despite a strong online presence but owner Anna Baird said confidence was already up with queues out the door for the retailer’s annual sale on Thursday. 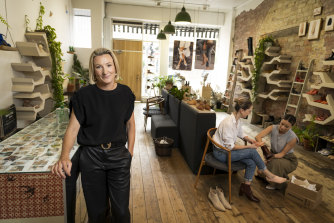 Shoe retailer Anna Baird had queues out the door of the store on Thursday. Credit:Eamon Gallagher

“People are definitely keen to get into bricks and mortar stores again,” Ms Baird said.

With restrictions set to lift at 11.59pm, university students and friends Alana Vanzo, 20 and Sam McMaster, 22, were preparing for a big night. 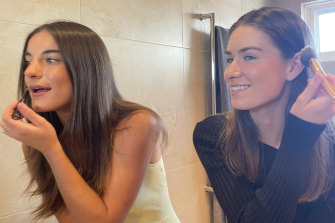 Sam McMaster and Alana Vanzo get ready for a big night out ahead of the scrapping of density and capacity limits. Credit:Emily Dann

“It’s been really tough getting through uni without being able to let our hair down at all so it’ll be really great to go out and have some fun on the dancefloor,” Ms McMaster said.

“It’s just so fun and it has been so long. I love having a good time and it’s always a good way to end the night with a bit of a dance.”

“Nightclubs always have so much energy, you don’t find that anywhere else. It shows that life is returning back to normal,” Ms Vanzo said.