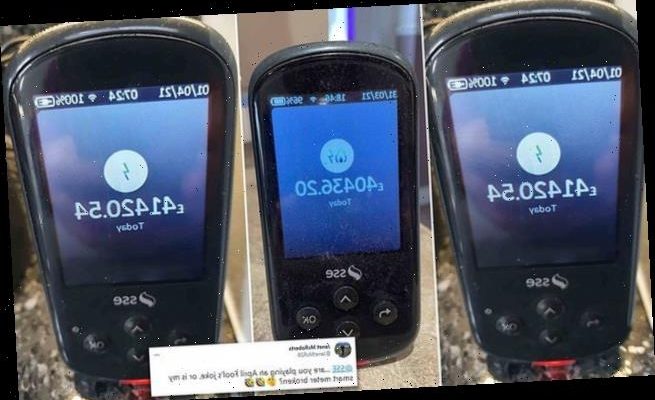 Thousands of energy company customers have woke up to wonder if they have been April Fooled after their smart meters warned they had been charged £42,000 for a day’s worth of energy.

Confused users have been sharing images of their readings onto social media this morning.

The energy giant has confirmed to at least one customer that it is not a prank, but in fact a technical glitch. 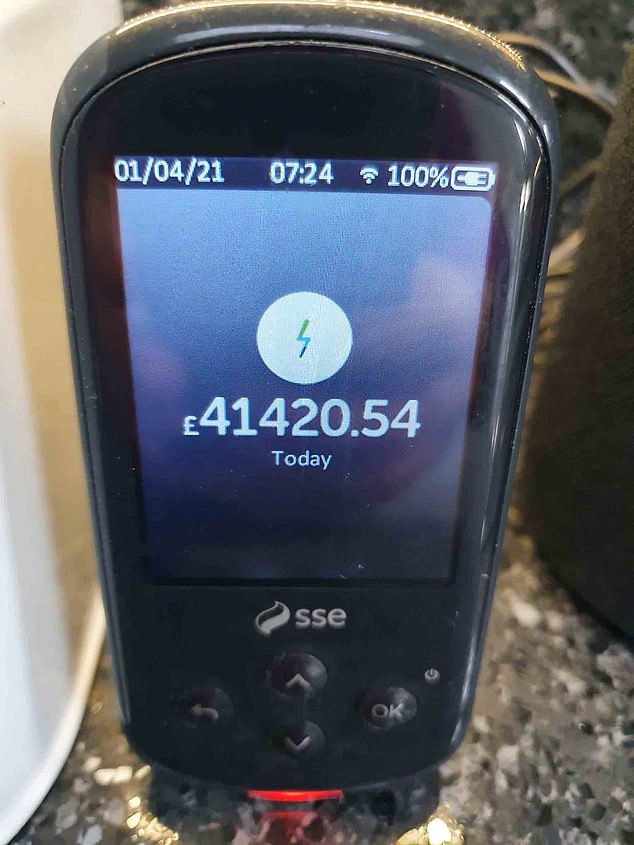 One customer asked if the £41,420 charge on her smart meter was an April Fool’s joke. SSE has since confirmed it is a glitch that technicians are trying to fix

Twitter user @radiomukhers posted a picture of his smart meter which shows how within the first eight hours of today , he has racked up a bill of over £41,100.

He captioned his post: ‘Your smart meter seems to believe my house got turned into a cannabis farm last night.

‘Should I call the police?’

Replying to one customer, SSE’s Twitter account said: ‘We’re aware that some of our customers Smart Device’s have been impacted by this fault and our Smart Team are working hard to put it right.’ 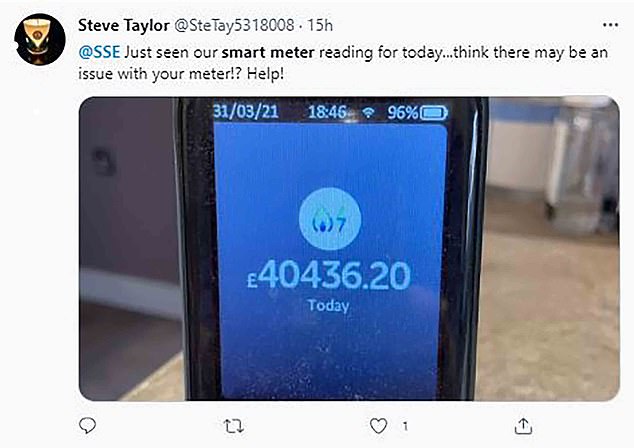 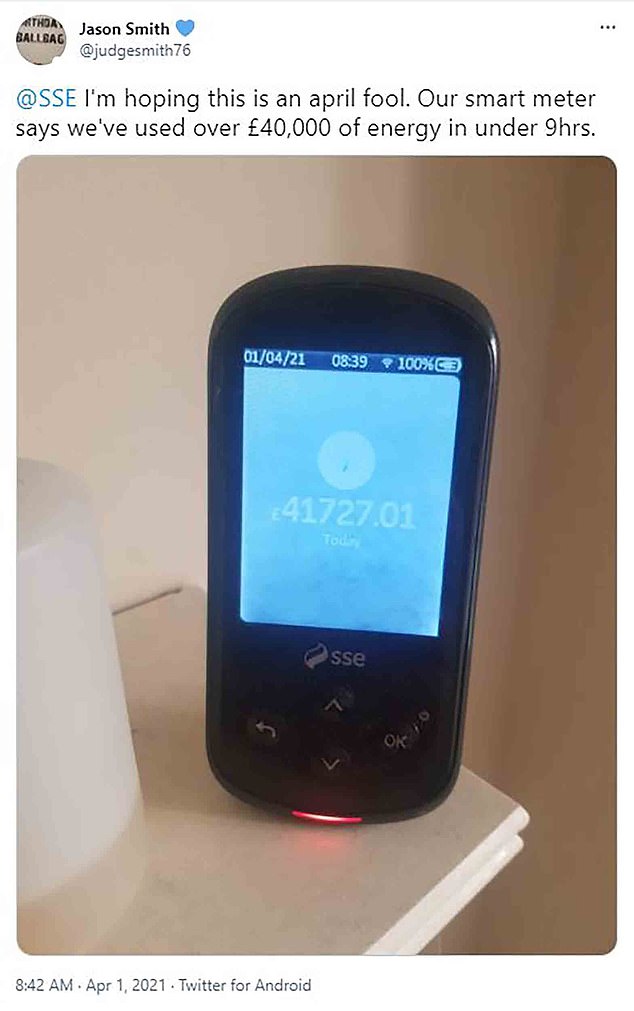 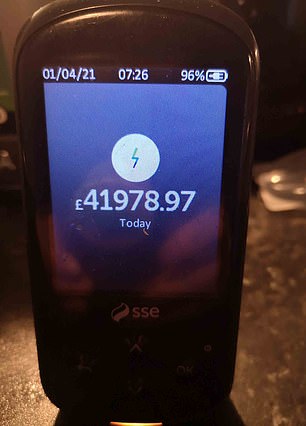 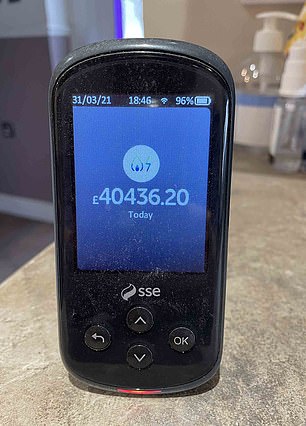 Janet McRoberts was also left confused after spotting that her reading was showing an exuberant price of £41,420.

She said: ‘SSE, are you playing an April Fool’s joke, or is my smart meter broken?’

Jaimi Lea replied to her picture, writing: ‘Ours is the same. Bloody better be an April Fools.’

While some customers have caught on to the trick straight away others have been left confused.

SSE has apologised for the fault this morning and said it was ‘working hard to resolve this’, amid growing concerns from customers

Steve Taylor posted this morning: ‘Just seen our smart meter reading for today…think there may be an issue with your meter!? Help!’

In a statement, SSE said:

A spokesperson for SSE Energy Services today [THURS] said: ‘We’re aware of a fault on some of our Smart Energy Trackers and In Home Displays that’s causing them to show incorrect costs.

‘This impacts the display only, not the actual meter readings.

‘We’re working hard to resolve this issue as soon as possible. Customers do not need to do anything at this time and we apologise for any concern.’