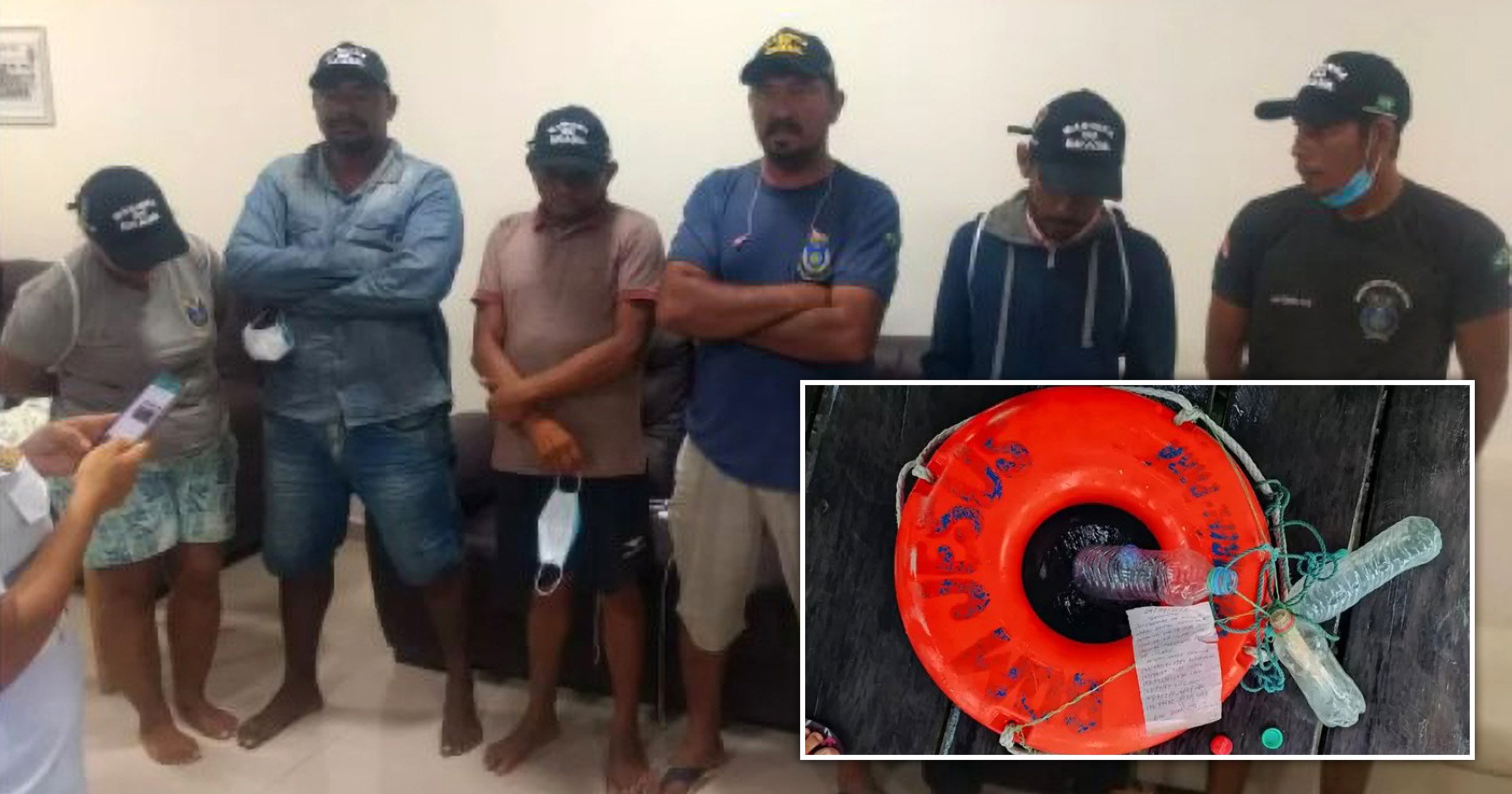 A group of sailors became stuck on an uninhabited island for 17 days until someone found a note they had put in a bottle.

Six crew members managed to make it to the island of Ilha das Flechas, which translates to Arrow Island, not far from the coast of their home country.

After almost two weeks on the island – without any food – the sailors found a bottle and decided to put a note inside it on April 9.

The plea read: ‘Help, help! We need help, our boat caught fire, we have been on Arrow Island for 13 days without food, let our family know.’

The note also included the names and phone numbers of their loved ones.

By this point, the crew’s family had already reported them missing – as they were supposed to return home after 10 days at sea.

A local fisherman ended up finding the note and he took it to the Brazilian Navy. 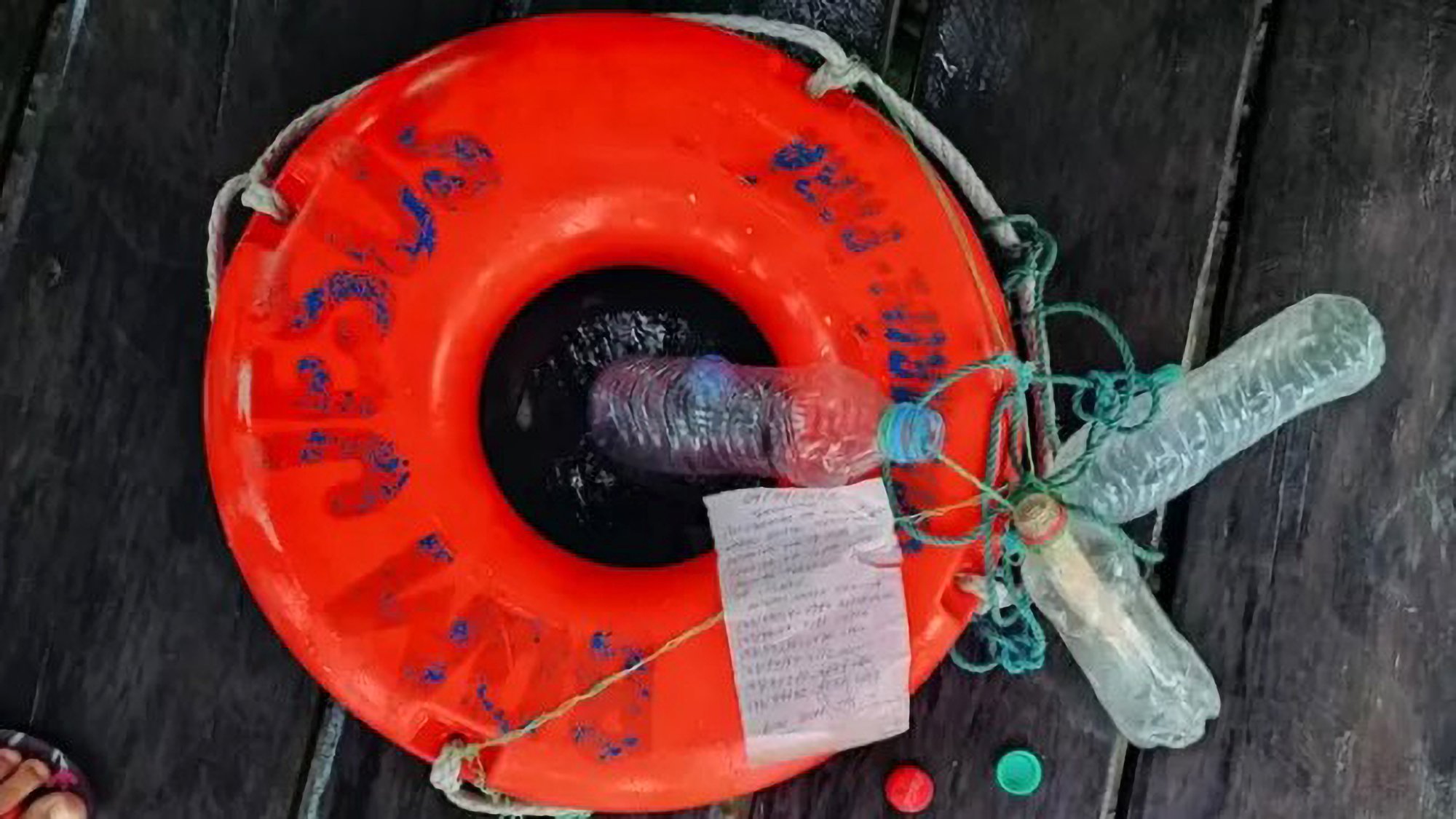 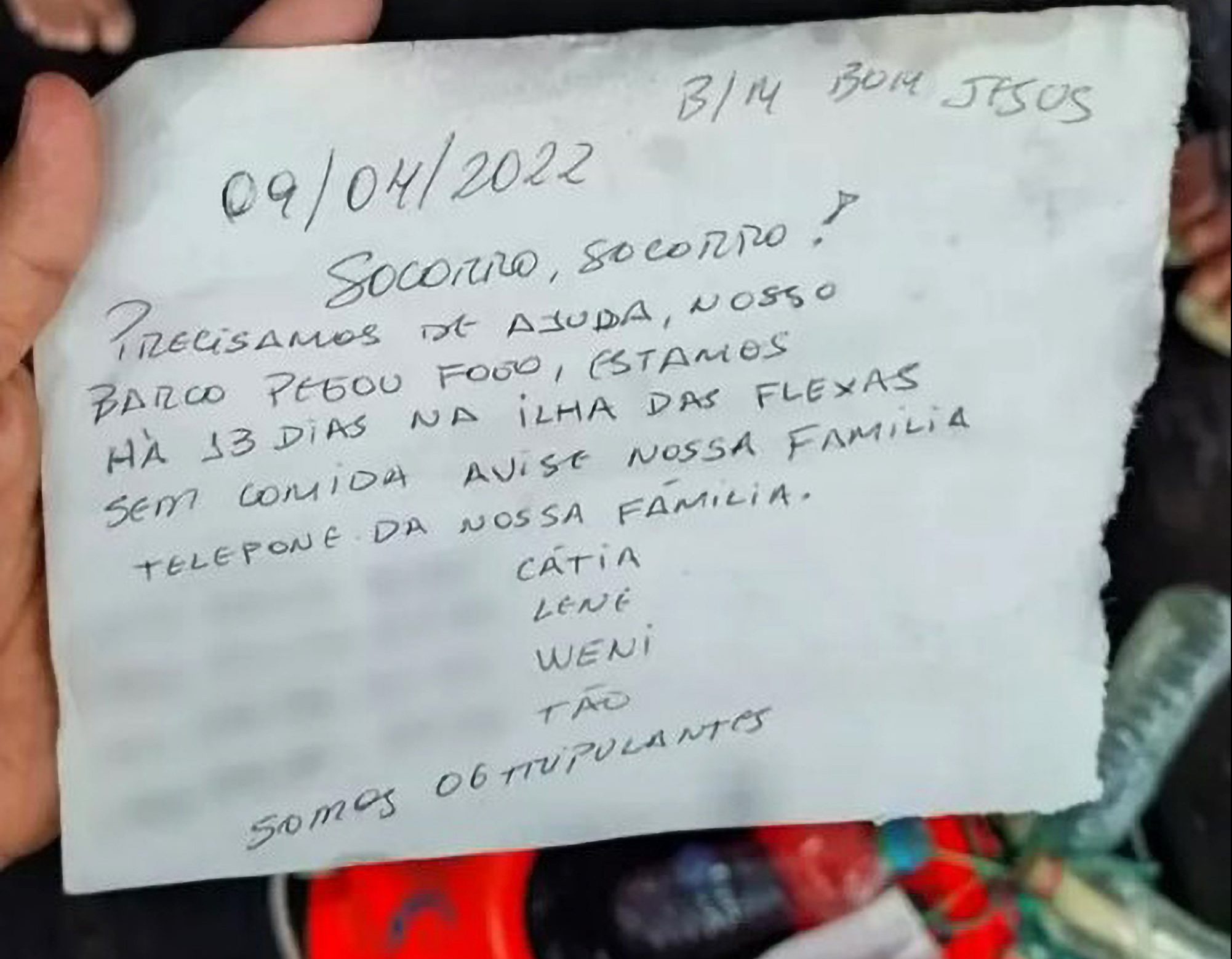 The sailors had to wait four more days before they were finally rescued at around 5pm on April 13.

The group was taken to the city of Belem so they could get medical checks.

An investigation has been opened into what happened to the ship.

It comes after an equally bizarre story where people who were stranded at sea for 29 days ended up enjoying the whole experience as a ‘nice break’ from the Covid-19 pandemic last year.

Livae Nanjikana and Junior Qoloni set off from Mono Island, part of the Solomon Islands, on September 3 in a small motorboat.

But the unpredictable waters and weather destroyed their GPS and they made the decision to stop so they could save fuel.

They ended up stranded at sea for 29 days before they came across a fisherman off the coast of New Britain, Papua New Guinea, who helped the weak pair off the boat.

They ‘happily’ stayed on the island, saying at the time: ‘I had no idea what was going on while I was out there. I didn’t hear about Covid or anything else.

‘I look forward to going back home but I guess it was a nice break from everything.’

Two sailors spent five months stranded at sea when a storm hit their vessel travelling from Hawaii to Tahiti in 2017, knocking out their engines and sending the boat off course.

Another seaman survived by eating fish and seagulls after an expedition from Colombia went awry in the Pacific Ocean in 2016.