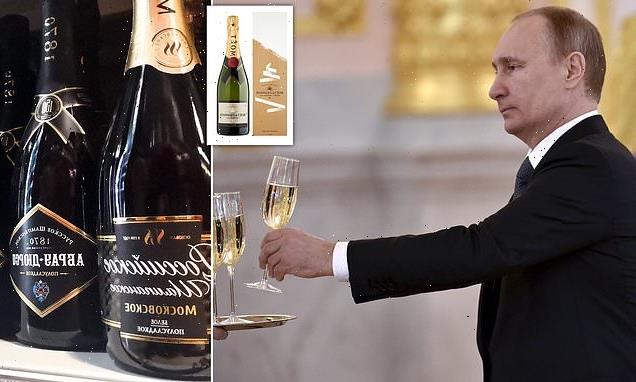 Rich Russians will soon face a shortage of French fizz after the Kremlin passed a law stating that only Russian-produced wine can be sold as champagne.

French products must now be advertised as ‘sparkling wine’ according to the law which was approved by President Putin on Friday.

The ruling has not proved popular among Russian business leaders, who have said that the restriction was introduced without consulting the industry’s experts.

The decree was implemented with immediate effect, meaning that only Russian-produced wine can continue to use the term ‘shampanskyoe’. 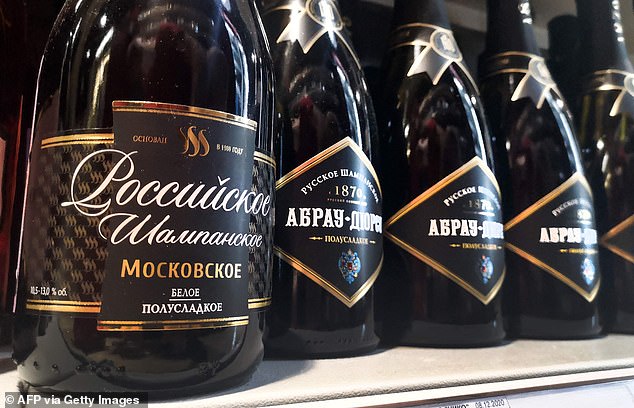 Only Russian-produced wine will be able to use the term ‘shampanskoye’, while all foreign wine, including French, must be sold as ‘sparkling wine’ 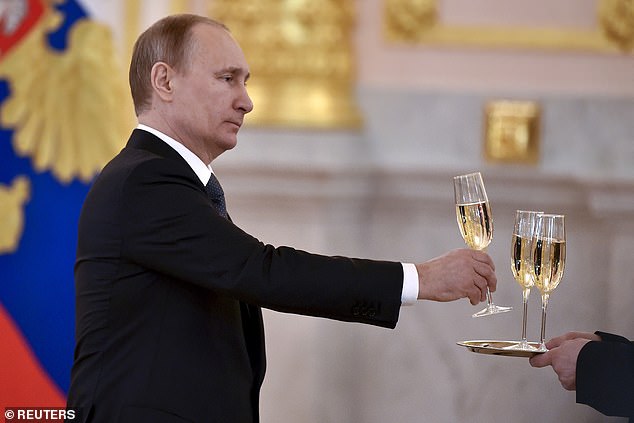 President Putin signed off on the law on Friday which came into immediate effect, forcing French manufacturers to suspend deliveries while they set about changing the labels

‘If we cannot import products, the state is simply shooting itself in the foot,’ Maxim Kashirin, the head of the Simple wine company, told the RBC media group website.

‘It is no secret that Russia will not be able to meet its needs without imports.’

The French champagne maker Moet Hennessy said it would add the ‘sparkling wine’ designation to bottles headed for Russia to comply with the law, but was forced to suspend deliveries to make the change.

‘The MH Champagne Maisons have always respected the legislation in force wherever they operate, and will resume deliveries as quickly as possible once these adjustments are made,’ it said in a statement made yesterday.

Moet Hennessy belongs to the LVMH group and also sells the Moet & Chandon, Veuve Clicquot and Dom Perignon champagnes, meaning that shipments of each of these brands will be suspended until the company can change the labels for all bottles. 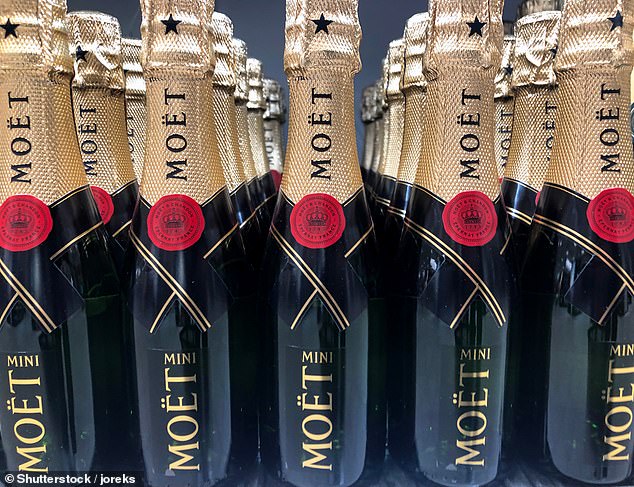 The French champagne maker Moet Hennessy said it would add the ‘sparkling wine’ designation to bottles headed for Russia to comply with the law, but was forced to suspend deliveries to make the change.

A copy of Moet Hennessy’s letter was first published on social media on Friday by a representative of a Moscow-based liquor importer and distributor, which led to widespread criticism of the new legislation.

‘I thought it was a joke,’ wrote Putin’s self-exiled critic Mikhail Khodorkovsky. ‘I was wrong.’

Meanwhile, the new law could force other producers to pull out of the Russian market, as many French winegrowers fiercely guard the name ‘champagne’ for wine grown only in the region of the same name.

‘If there is no Moet, there won’t be a state coup and Russian elites will not commit suicide,’ alcohol market expert Vadim Drobiz told AFP.

But wine consultant Anna Chernyshova questioned the purpose of the recent amendments, and said she was not sure why the Russian parliament had passed such a law.

‘My phone has been ringing off the hook, me and my clients are thinking what to do next.’

‘How will they walk back on it? So many officials love this champagne.’