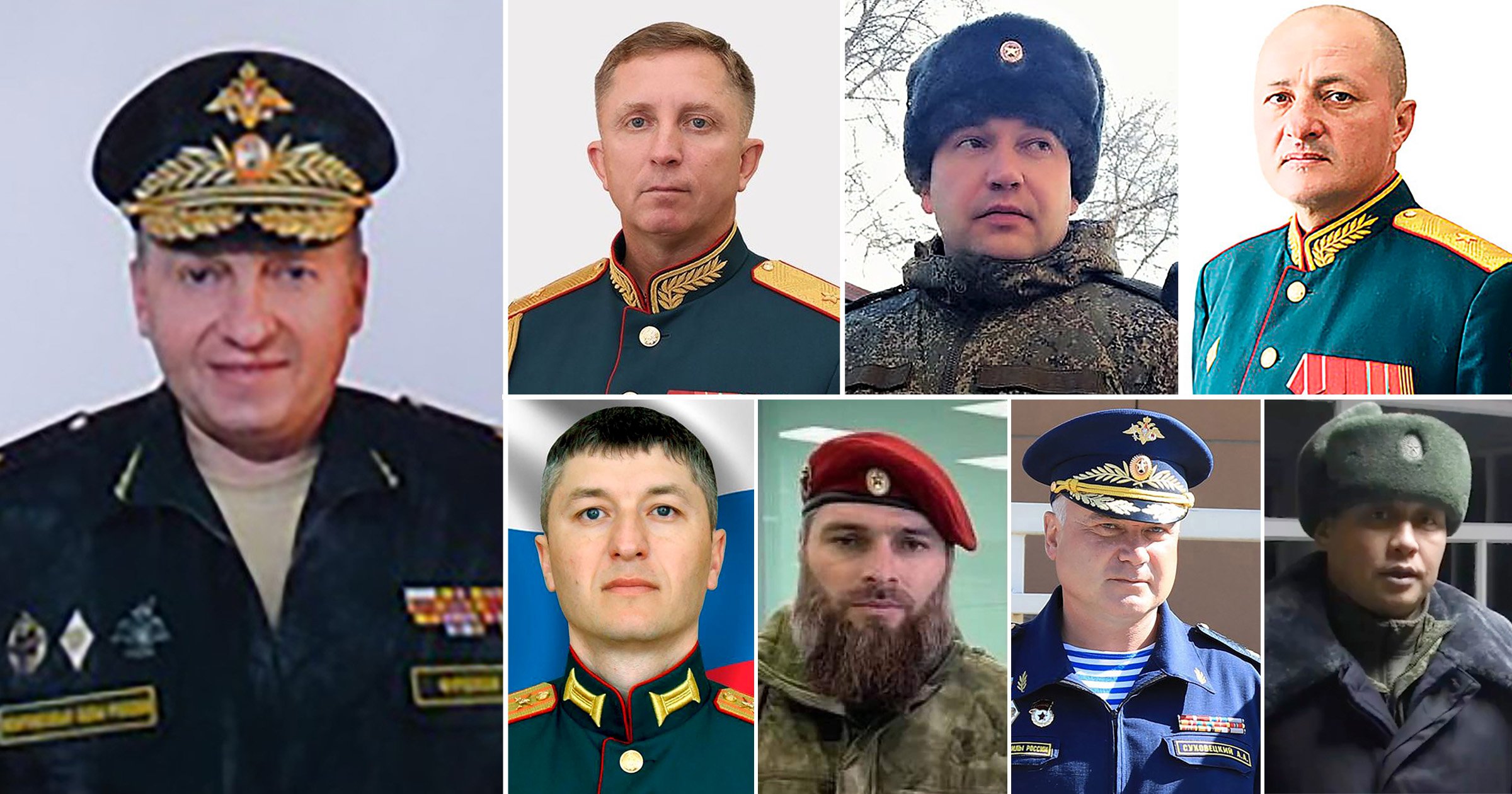 Vladimir Putin’s eighth top general has died in the war with Ukraine, with a funeral service taking place this week.

Russian forces admitted that Major General Vladimir Frolov had been killed, saying he ‘died a heroic death in battle’.

It comes after the flagship Russian warship the Moskva sunk in the Black Sea, which Ukraine claims was due to a missile strike.

Despite this, the Russian president is said to believe he is ‘winning the war’.

He is reported to have made the assessment in a conversation with Austrian Chancellor Karl Nehammer, the first EU leader to meet with his Russian counterpart since the invasion in February.

Mr Nehammer told NBC’s Meet the Press yesterday that he had a ‘frank and tough’ discussion with Putin.

He said: ‘I think he is now in his own war logic. He thinks the war is necessary for security guarantees for the Russian Federation. He doesn’t trust the international community. He blames Ukrainians for genocide in the Donbas region.’

He then added that Putin ‘believes he is winning the war’.

A burial service for Frolov was held yesterday, with photographs on Russian news websites showing his grave at a St Petersburg cemetery piled high with red and white flowers.

He had been deputy commander of the 8th Army, with troops besieging the Ukrainian port of Mariupol.

Russian Governor Alexander Beglov released a statement saying Frolov ‘died a heroic death in battle’ without saying where or when.

Ukraine has claimed that dozens of other high-ranking officers have been killed during the war.

The last general to be killed was Lt Gen Yakov Rezantsev, 48, who died in an airstrike in the southern city of Kherson last month.

On the fourth day of the invasion, he told Russian soldiers that they could achieve victory in a matter of hours, according to intercepted communications shared by Ukraine.