Prosecutors and defense attorneys in the Kyle Rittenhouse murder trial in Wisconsin argued over high tech Thursday, according to a report.

The prosecutors alleged the other side was trying to take advantage of Judge Bruce Schroeder’s admitted limited knowledge about the latest methods for enlarging photos, the Kenosha Times reported.

“With all due respect to your honor, I think the defense is trying to take advantage of your lack of knowledge about technology,” Kenosha County Assistant District Attorney James Kraus told Schroeder, as the two sides debated whether an enlarged image captured from a drone video – from the night last year that Rittenhouse shot and killed two men and wounded a third — could be admitted as evidence, the report said.

Kraus accused the defense of trying to portray photo enlargements as the result of “voodoo magic,” in an effort to convince Schroeder not to admit the images as evidence, the newspaper reported. 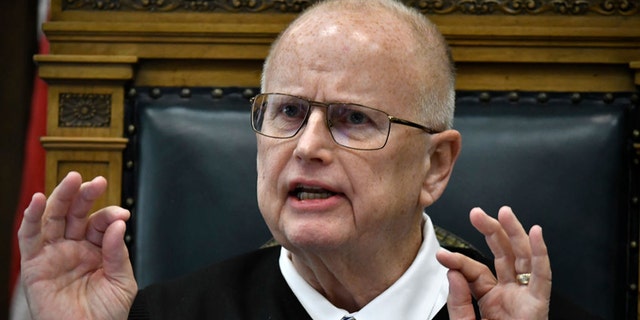 Schroeder, 75, ultimately accepted the photos as evidence but admitted to struggling to understand some tech concepts, according to the News.

“I will tell you that I totally agree with your comment about my lack of familiarity with these concepts,” Schroeder said at one point, with the jury not in the courtroom, the newspaper reported. “This is a difficult concept for me, yes.”

Prosecutors were trying to use the photo enlargement as evidence to counter claims by Rittenhouse, now 18, that he shot one of the men, Joseph Rosenbaum, in self-defense last year, according to the newspaper.

But a state crime lab employee, James Armstrong, told the court that the software used to enlarge the photo added pixels to the image – prompting defense attorney Corey Chirafisi to allege that the enlargement represented a “distortion” of the original photo, the News reported.

Krause countered that Chirafisi was making a “dishonest argument.”

In allowing the photos as evidence, Schroeder ultimately decided he would allow the jury to determine the value of the image as evidence, the report said.

Thursday was the final day of testimony in the case. Closing arguments are expected Monday, with jury deliberations to follow.