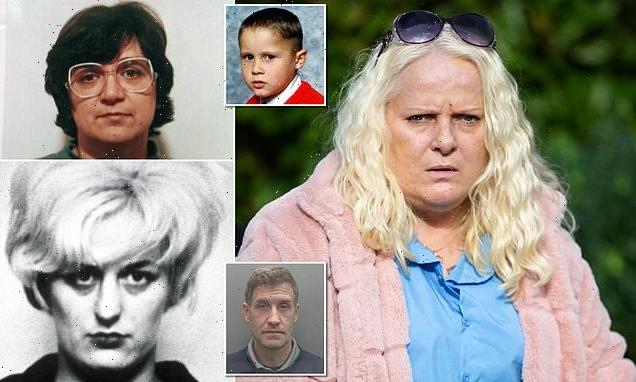 ‘Myra Hindley told me I wasn’t a murderer’: Mother of six-year-old Rikki Neave who was cleared of killing her son more than 25 years ago reveals she spent time in jail alongside Moors murderer and Rose West

The mother of murdered six-year-old Rikki Neave, who was cleared of killing her son more than 25 years ago, says she spent time in prison with child killers Myra Hindley and Rose West.

Rikki’s body was found posed naked in a star shape after being strangled in woodland in Peterborough, Cambridgeshire, in November 1994.

James Watson, who was 13 at the time, was convicted of his murder following 28 years of lies and failures on Thursday.

It came after Rikki’s mother Ruth was cleared of her son’s murder by a jury at Northampton Crown Court following a high-profile 16-day trial in 1995.

She later admitted child cruelty in relation to a number of incidents throughout Rikki’s short life, including grabbing Rikki around the throat, pushing him against a wall and lifting him up, before she was jailed for seven years.

And while serving her sentence, Ms Neave spent time on the H Wing at HM Durham alongside the notorious Hindley and West.

She told The Mirror: ‘I was sat on a bed and Myra said: “You are not a murderer”.

‘I replied: ‘What do you mean?’ and she said: “You never murdered Rikki”. 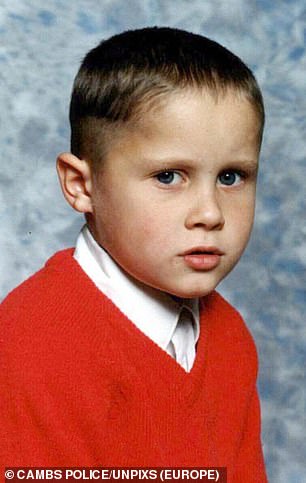 ‘I took it as a compliment but a weird one coming from her.’

Ruth said her time in prison had been ‘awful’, with the mother also sharing a prison with IRA terrorists and sex offenders.

Hindley, dubbed the most hated woman in the UK prior to her death, was jailed for three murders in 1966 along with her lover Ian Brady.

They later confessed to another two murders, later known as the Moors Murders, before she died aged 60 in prison in 2002.

West is serving ten life sentences in jail after, with her husband Fred, abducting, torturing and raping innocent women over a 20 year period at their house in Cromwell Street, Gloucestershire, where they resided from 1972 until their arrests in 1994. 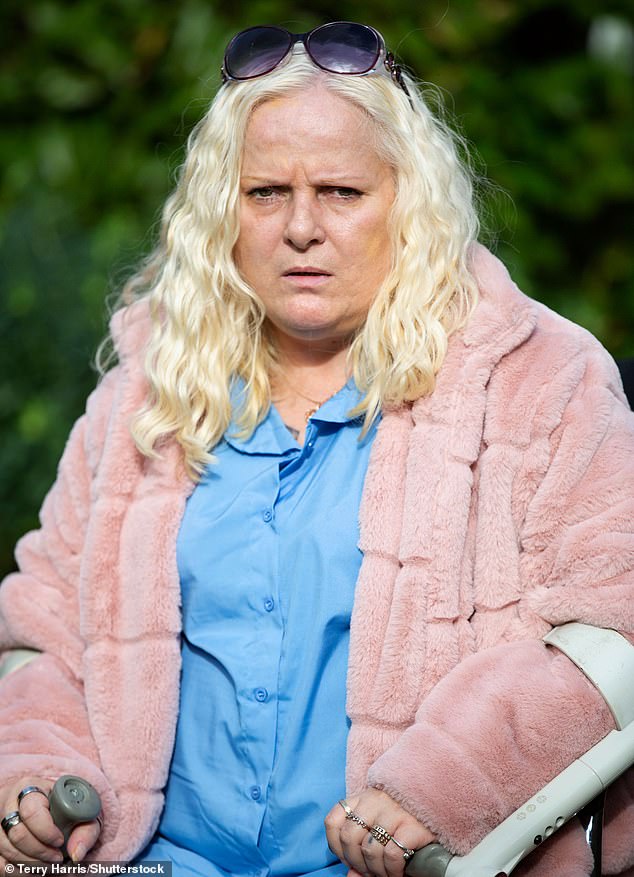 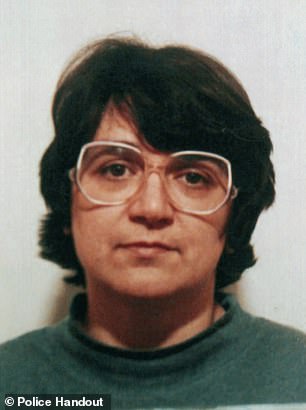 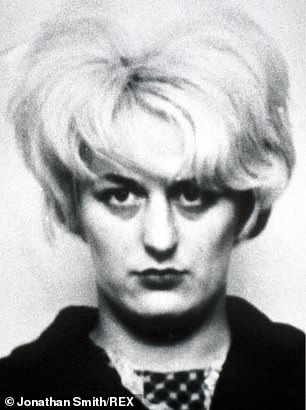 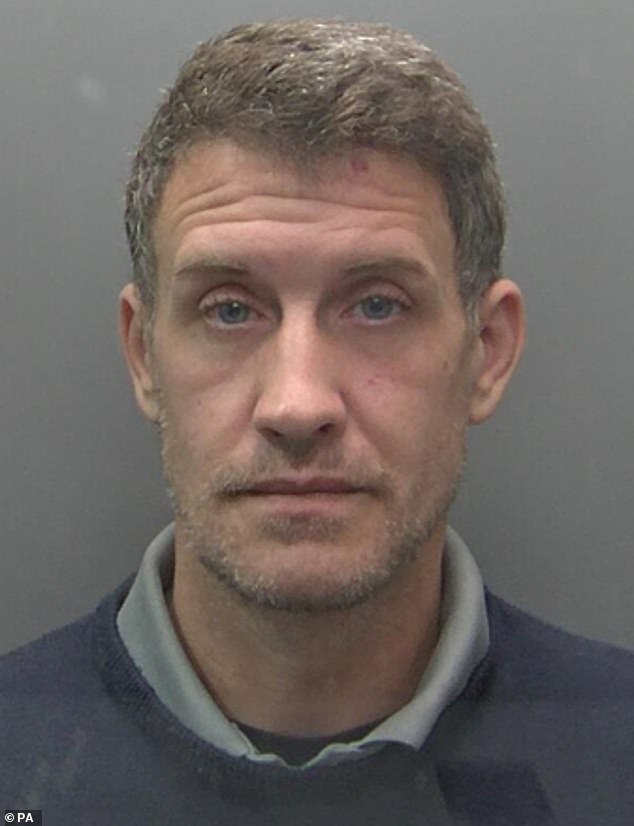 James Watson, 41, who has been found guilty by majority verdict at the Old Bailey of murdering six-year-old schoolboy Rikki Neave

Former assistant chief constable Paul Fullwood, who led the probe that resulted in Watson’s arrest in 2020, also admitted the original hypothesis of how Ruth killed Rikki was ‘fanciful’.

Watson’s web of lies and constantly changing alibis which helped him evade justice for 28 years mean much about the murder still remains unclear – including whether he knew Rikki prior to the killing.

However jury members heard how Watson’s DNA was found on adhesive tapings on Rikki’s clothes, and that Watson’s posing of the six-year-old’s naked body was an act carried out for his own sexual gratification.

In a statement following the verdict, Ms Neave said: ‘The only thing now is to close this chapter in my life and open a new one.

‘I wonder what Rikki would be like today, married, children? Who knows?

‘But this monster has taken that all from me and my daughters.’

She praised jurors for making the ‘right decision’ and thanked ‘people that believed in me and Rikki’.

‘This is not the time to celebrate, as it should never have happened,’ said Ms Neave.

She described police and social services in the original investigation as ‘framing me for my son’s murder’.

‘Neglect and cruelty were used by these people to cover their own failings, information was gathered from liars, who gave multiple statements with many different versions of their lies,’ she said.

‘Statements were released to the media and I was not allowed to defend myself because of a gagging order from social services, so anyone could say anything and get away with it.’

Jury members at the Old Bailey heard how Watson was arrested after sophisticated technology found a ‘definitive match’ between his DNA profile and samples taken from Rikki’s clothing after a new investigation was opened into the case.

Watson fled the country on a ferry at Dover in June 2016, before eventually consenting to his extradition from Portugal two months later.

Rikki Neave’s murder: A timeline of how the tragic case unfolded over nearly 30 years

– November 22 1994: James Watson, aged 13, moves from foster care to a children’s home called Woodgates in March, Cambridgeshire, which is 20 miles from Peterborough.

– November 25 1994: Watson allegedly phones his mother to ask about a fictional young child being found dead in woods.

– November 28: Rikki eats Weetabix for breakfast at around 9.30am and leaves home but never arrives at school. He is seen with Watson by residents in the morning. At 6pm, Ruth Neave, his mother, reports him missing. Police arrive at her home on Redmile Walk at 6.17pm.

– November 29: At 12.05pm, Rikki is found dead in woods near the estate. He is naked and his body posed in a star shape. A post-mortem examination concludes he has been strangled with the zip of his anorak hood.

– November 30: At 9.30am Rikki’s missing clothing is found by a police officer in a wheelie bin in Willoughby Court.

– December 5: Watson gives a lying account when he is interviewed by police as a witness.

– January 19 1995: Ms Neave is arrested on suspicion of the murder and interviewed.

– May 24: She is charged with the murder of her son and offences of cruelty, to him and two of his sisters.

– October 1996: Ms Neave goes on trial at Northampton Crown Court and is unanimously acquitted of murder. The prosecution wrongly allege she killed Rikki at home and then wheeled him in a buggy to the woods after reporting him missing. She pleads guilty to child cruelty and is jailed for seven years.

– 2015: A cold case review is launched into Rikki’s unsolved murder.

– June 11 2015: A press release highlights ‘major forensic and technological developments in the past 20 years’.

– February 2016: A DNA match to Watson is identified from tapings of Rikki’s clothes and he is designated as a suspect. In police interviews, Watson changes his account and introduces the suggestion he may have picked up Rikki to look at diggers through a hole in a fence.

– 2018: A victim’s right to review is launched into an initial decision by the Crown Prosecution Service (CPS) not to prosecute Watson.

– October 2019: A reviewing CPS lawyer reaches a decision that Watson should be prosecuted.

– February 17 2020: Watson is charged with the murder of Rikki. However, he challenges the legality of the extradition process used to bring him back from Portugal to face trial.

– February 2022: Watson goes on trial at the Old Bailey for Rikki’s murder.