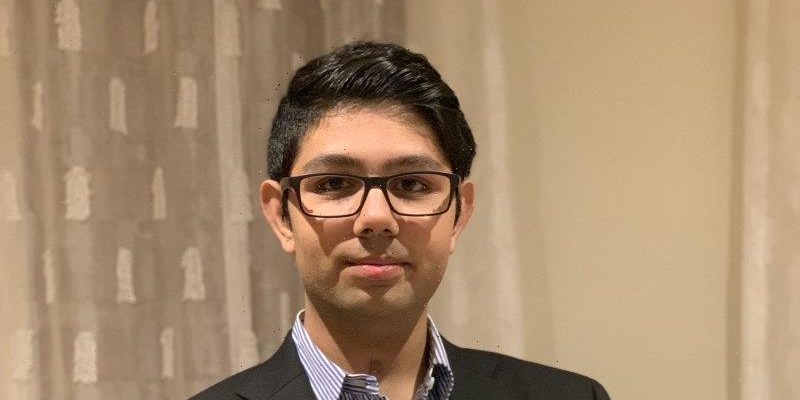 It’s fair to say Soham Patel started VCE a fair way behind most of his classmates.

Soham came down with a fever after returning from year 9 school camp on King Island in 2018. Within 24 hours he was in a coma, struck down by encephalitis after contracting a mysterious viral infection. 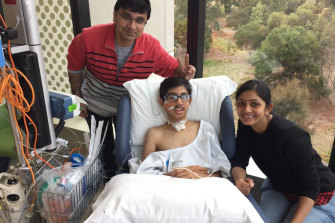 Soham Patel at the Royal Children’s Hospital, with father Nikunj and mother Priyam, recovering from encephalitis in 2018.

The illness forced him to miss a large chunk of year 9 and much of year 10, his father Nikunj Patel said.

By the time his 10-week stay at the Royal Children’s Hospital ended, Soham, an ambitious and bright student at Ballarat Clarendon College, had forgotten how to write.

COVID-19 intervened just as he was getting back on track, throwing him and tens of thousands of other VCE students off course.

“It was a bit of a journey for him after being discharged from hospital,” his mother Priyam said. “He had memory loss. By mid-2019 things had started getting back to a little bit of normalcy and then 2020 as we all know, was COVID, so it was three harsh years for him.”

Resilience might be the defining trait of the class of 2021, which endured two years of uncertainty and stop-start schooling while completing their VCE.

Education Minister James Merlino congratulated all 65,000 Victorian VCE and VCAL students on their results and said the world had “thrown everything at them” over the past two years.

Getting through the year had taken extraordinary grit, resilience, determination and humour, he said

“Today we should celebrate because they’ve got through it, not just them, but also teachers and principals,” he said. “This has been the hardest two years for the profession as well.” 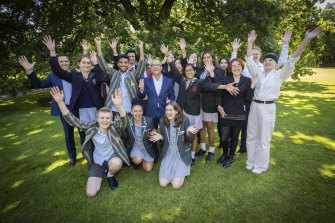 Williamstown High School student Julian McIntyre was one of 39 students who achieved the highest possible Australian Tertiary Admission Rank of 99.95.

Julian, whose brother Daniil achieved a ranking of 99.90 in 2019, said his parents were thrilled and his principal had contacted him in the morning to congratulate him.

Julian said he was pleased to have gone through the government school system. 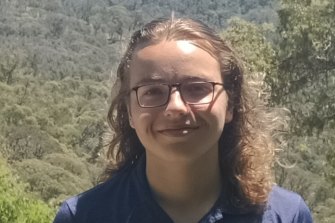 “The school is definitely on the up-and-up thanks to a really good team of teachers,” he said. “I also had an English tutor who helped me immensely by allowing me to sharpen my writing.”

High-fee independent school Haileybury College, one of Australia’s biggest schools, set a Victorian record with eight of its students achieving a 99.95.

Principal Derek Scott said students had a barrage of obstacles put in their way.

“They have dealt with disruption and the switch to and from virtual online learning. They’ve endured separation from their school peers and unpredictability about exactly how their senior studies and exams would take shape,” he said.

“It has been a tough two years and I have had amazing teachers, and thanks to the support of my parents and friends I have been to be able to do this. I am over the moon.”

The 17-year-old achieved four perfect study scores of 50 in English Language, Accounting, Further Maths and Japanese as a second language. 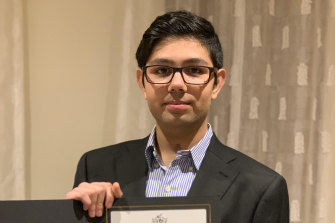 Soham Patel was struck down with encephalitis in year 9 and suffered memory loss, but scored a 99.55 ATAR on Thursday.

As for Soham, he got an ATAR of 99.55, putting him among the top 1 per cent of academic performers in the state. Along the way he collected a Premier’s VCE Award for his perfect study score of 50 in further mathematics, completed while in year 11.

Soham said he woke up shortly before 7am, when results were sent out, and joined his parents to share the moment.

“I was literally speechless for the first 10 seconds, I wasn’t sure how to let out the words because I was so excited about my score,” he said.