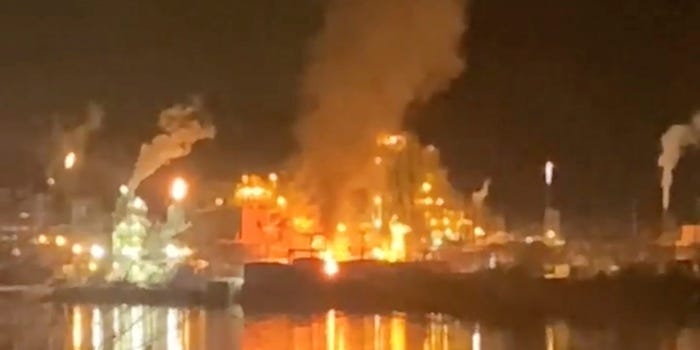 Residents who lived within a two-mile radius of the Chemours plant in Belle, West Virginia, were ordered to shelter in place following a "chemical incident and explosion," Kanawha County officials said.

No additional information on their injuries was released.

"The fire was significant," Carper told local outlet MetroNews. "The explosion was massive. It shook people's houses on both sides of the river."

The area is the location of the former DuPont chemical plant.

Gov. Jim Justice said in a tweet that he was aware of the situation.

"I urge everyone in the area to follow the Shelter-In-Place Order currently in effect. Cathy and I are praying for the safety of all involved," Justice said.

This is a developing story.