Rep. Elissa Slotkin, D-Mich., said Sunday the Democratic Party needs "new blood" in Congress and the White House in 2024 but committed to support President Biden if he runs for re-election.

Asked in an interview on NBC News’ “Meet the Press” whether she would support Biden in the next presidential election, Slotkin, 46, who is running for re-election this year, said she would if he decides to run again and that she expects the party would support him, as well.

But she also noted: "I have been very vocal, including with my own leadership in the House, that we need a new generation. We need new blood, period, across the Democratic Party — in the House, the Senate and the White House. I think that the country has been saying that.”

“I’ve said, ‘I think we need new leaders.’ I would love to see some Midwestern leaders in there, right? That’s been important to me, to reflect the middle of the country. We’re here, too,” said Slotkin, who was among a handful of House members who voted against Speaker Nancy Pelosi’s leadership campaign. 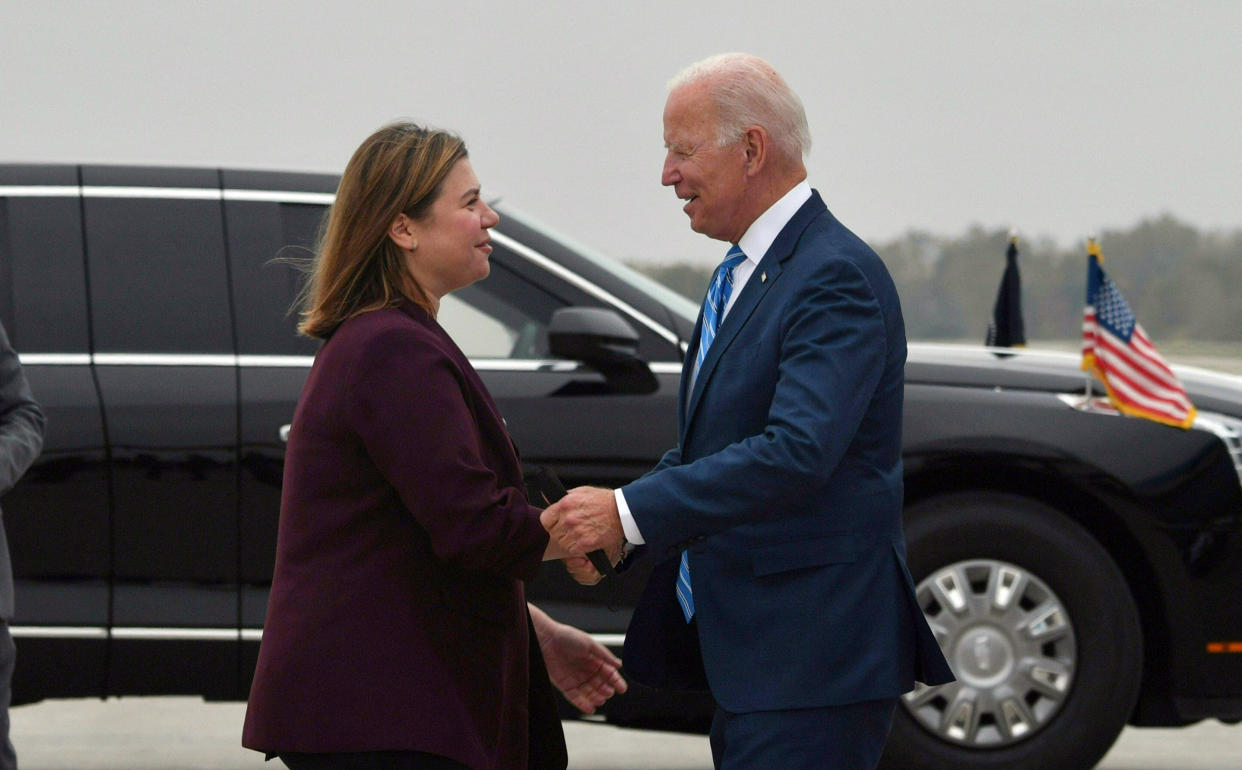 In July, Rep. Dean Phillips, D-Minn., also called for a generational change in leadership, adding that he didn't think Biden, 79, should run for president again.

“I think Joe Biden has served our country admirably with principle and with decency at a time when we surely needed it,” Phillips said on Minneapolis radio station WCCO’s “The Chad Hartman Show.” “But I am part of a caucus here in Congress where three top leaders are over 80 years old, where the president will be over 80 in the next election. And I think it’s time for a generational change. I’m not too shy to say that I do believe that most of my colleagues feel the same way.”

While Biden has shied away from declaring he will run in 2024 unequivocally, NBC News reported that he told the Rev. Al Sharpton last month he will seek a second term in a private conversation at the White House.

“I’m going to do it again,” he said as he posed for a photograph in the Roosevelt Room with Sharpton, who is an MSNBC host, according to an official of Sharpton’s National Action Network who recounted Sharpton’s description. “I’m going.”